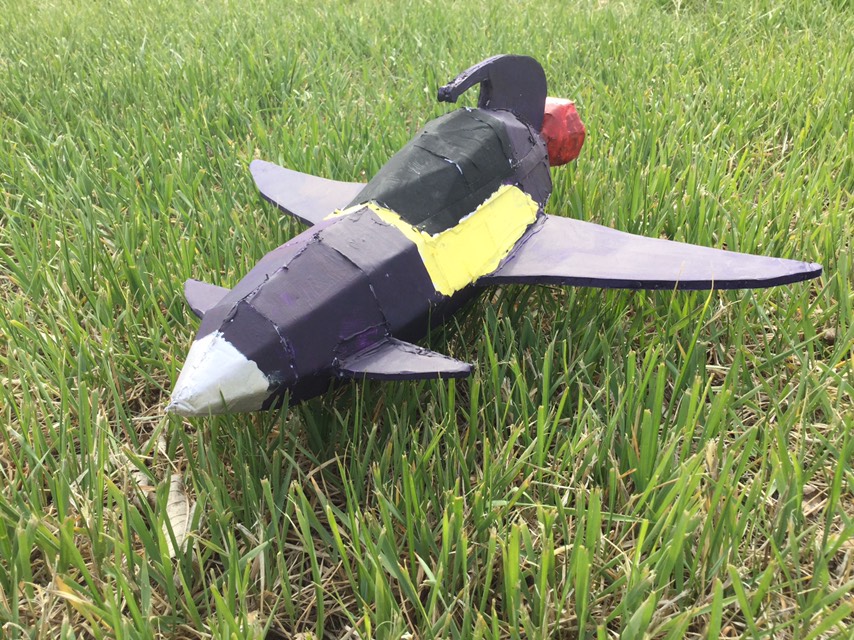 As a little kid, I used to watch a series of movies called Veggie Tales. One particular set of movies that I loved to watch was LarryBoy. In his movies, he has a larrymobile that starts out as a car, then turns into things like planes. I made a chuck glider model of one of the plane versions of the larrymobile. If you wanted it to fly better than it does, I would recommend making the vertical stabilizer bigger than it already is, as the model right now is scale. I used 3D modeling software called blender to make the fuselage, and it worked out pretty well. To find plans to build it, go to https://aerotechplanes.jappl.es scroll down to foamboard plans, and find the picture of the larrymobile. To see the design video or the build video, watch the videos below.
Build Video: