#1
I had to go to my grandmother's house for my sister's birthday today and I decided to bring along some boxes to build with while I was there. What resulted was a huge 1.8m chuck glider that could barely fit in my car. Despite being made entirely of cardboard, tape, and glue, it actually flies amazingly well and is very crash resistant. I don't know how well it could handle a fast crash, but Fluburtur gave me the idea of making it into a slow flyer, so I don't have to worry about it. For the electronics I would want to use a motor that can push it at roughly 20 mph, and I would need to have it carry the full weight since I probably won't do a twin setup. I have a very small motor available but I doubt it will be enough. It's a Himax HC2808-0980. The alternative would be to rip the motor off my mini ultra stick, but I want to check if this one is usable before I try that. The model weighs 450g. 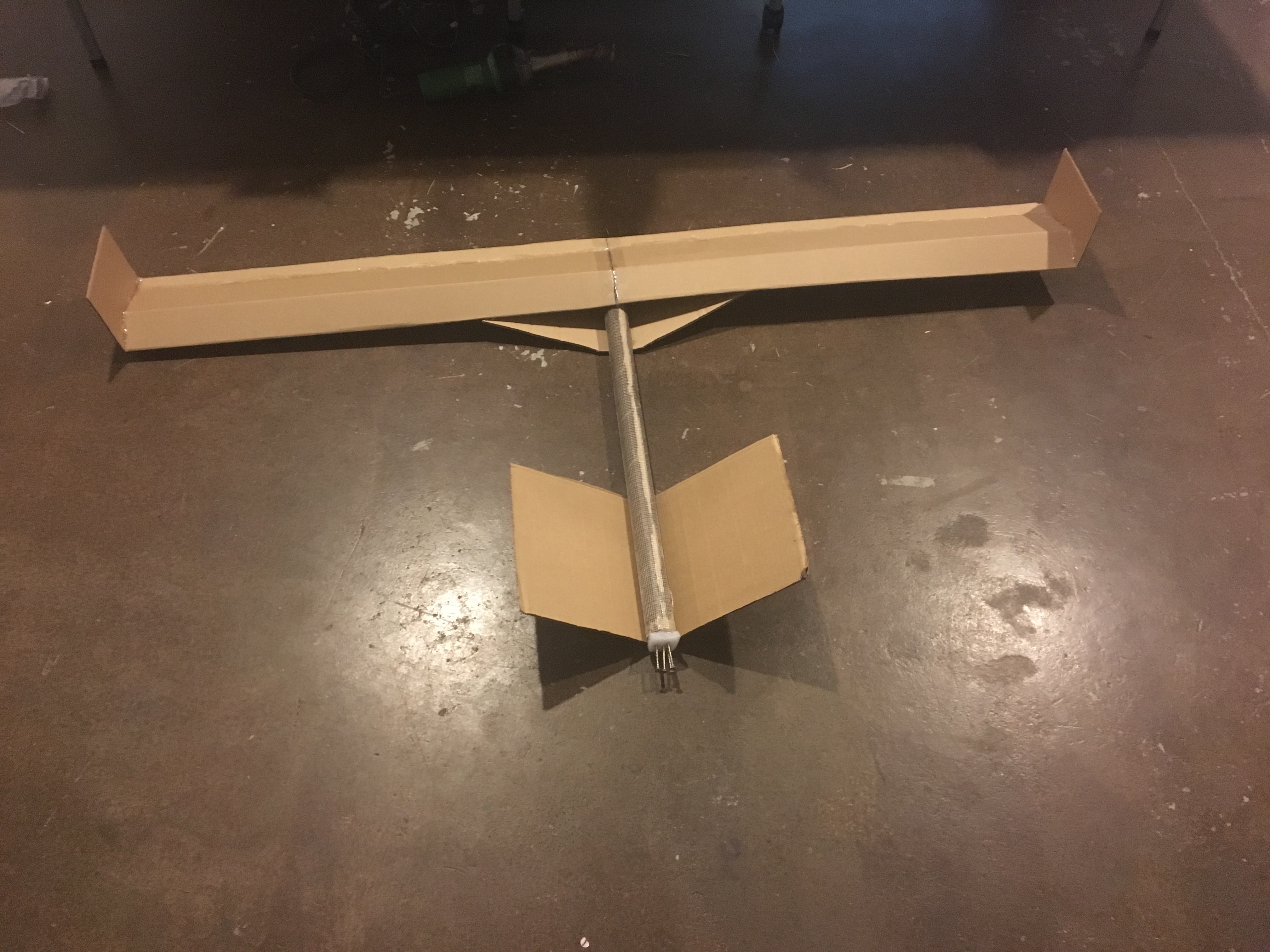