#21
Fluburtur said:
If we are starting teams and stuff we totally need Team Luftwaffe! Or Mannschaft Luftwaffe as it would be in German.

All German planes makers and pilots are invited! Our goal: win the war with out cutting edge end-war plane tech that totally doesn't rely on strategic ressources!
Click to expand...
Too bad you will lose the Battle of Britain! Jokes aside, here's my entry:

"The Ryan FR Fireball was a mixed-power (piston and jet-powered) fighter aircraft designed by Ryan Aeronautical for the United States Navy during World War II."

"The Ryan FR Fireball was a mixed-power (piston and jet-powered) fighter aircraft designed by Ryan Aeronautical for the United States Navy during World War II."
Click to expand...
Absolutely! As long as you share what you learn so we can all take advantage of it

Mentor
#28
HilldaFlyer said:
I'm going to be counting your rivets...
Click to expand...
Good luck finding reference material for that

#30
Team Luftwaffe welcomes you! I will create a thread in the mad builders forum since it will be to coordinate builds, might deplace it later as needed.

Known for its revolutionary elliptical lifting body, the "Flying Pancake" was a unusual aircraft designed by Charles H Zimmerman in the late 1930's and developed throughout the war with the Vought company. Even though the prototype aircraft maidened in 1942, one year after the US entered the war, the fighter that was designed after the prototype, the XF5U, never entered service. After the war, jet technology entertained Navy generals more than the V-173/XF5U's STOL and carrier-based fighter capabilities, and the first shipment of XF5U aircraft was sent to the scrapyard. The only remaining V-173 prototype was acquired by the Smithsonian and is currently undergoing restoration.

NOTE: I am designing the V-173, not the XF5U. I personally think the V-173 prototype is more interesting. The XF5U can be distinguished from the V-173 by the two large engine intakes on either side of the cockpit and its four-bladed props, neither of which appear on the V-173. 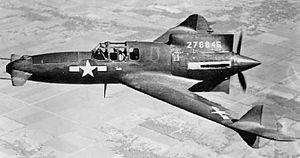 This just keeps getting better and better guys!

So an awesome forum member has stepped up to create a logo for the Axis side of this epic conflict - I should be able to post that up shortly.

Now we just need someone to do a squadron logo for the Allies to use....

rockyboy said:
Now we just need someone to do a squadron logo for the Allies to use....
Click to expand...
Something like the Proposed 1947 UN flag, it was never official. (seems fitting) (Wiki info)

Mentor
#36
Wow - I think that's excellent! I might have to build one of those funny little Navy planes just to put the flag on it!

View attachment 91817
Click to expand...
I like this one, but could you add " Allied Forces of" on the left side at an angle to match the script on the Flite Test logo?

Mentor
#38
That would be a nice touch!

I messed with it a bit more here.