#1
Hello All,
I've been off-grid for awhile now, and I wanted to post up some of the projects I've been working on this winter. I got into mini quads last summer and I've been torn between these guys and my FW babies.
I'm finishing up my 110% cruiser with my "Black Magic" touch. I've been dragging this one out (been working on it since May) just because I'm scared to death of killing her. That's what you get when you put too many hours into a foamy lol. (flysky fs-ia10, Sunfounder 9g clutch servos, emax 2212 1400kv spinning 8x5 cf props).
Next I rebuilt my 7yr old daughters Mini Cruiser. Expanded the nose and wired it in for my TOP camera/VTX combo. (FS-ia6, Sunfounder 9g Clutch servos and no name 5g digitals, walkera 2204 2200kv.)
I built up a tiny trainer with the aileron wings to get my old man and youngest kiddo into the game. It's turned out to be a blast and I'm going to have to build another to form up with. (FS-ia6b, PTK 5g digital metal gear servos, emax 2204 2300kv)
And my current Pride and Joy, i broke down and bought a wing. Sonicmodel ar wing 900. I built one with an APM mega and THRASHED it. Had so much fun I bought another and built it up as so: (FS-ia6b, APM Mini 2.7.2 FC, hto4_osd with 900mhz telemetry, APM power module with 5v BEC, AKK F2 Ultimate VTX, 1600tvl cmos camera, Hawkeye Firefly action camera, UBLOX M8N GPS, FlyColor 30a esc with sunnysky 2216 1400kv spinning a 8x6x3). Again, I spent WAY too much time on this one trying to get these old APMs to speak fluently. I almost trashed the osd until I found out the APM power module wasn't robust enough to run the fc, receiver, and osd. Tied it into the esc with the servos and it's crystal clear again. I smoked one camera and a vtx while sorting this all out (the vtx was an AKK DVR ) but all in all I'm happy with the results. I'm very surprised these 8 bit flight controllers can perform as well as they do. With a fixed wing (especially a flying wing) there's very little resources allocated to motors and servos so it does really well even when autotuning and FBWA/B.

We've got some sunshine today so I'll lay everything out for a photoshoot this evening. Hope to see everyone at FF2020!

It has been a while... We were talking about a few comet builds clear last spring!
I too am just getting around to my "black magic" for the build-ruray this month but I went the other way. Shes only a 20" wingspan! I did the maiden before paint and it flew surprisingly well for such a small plane. 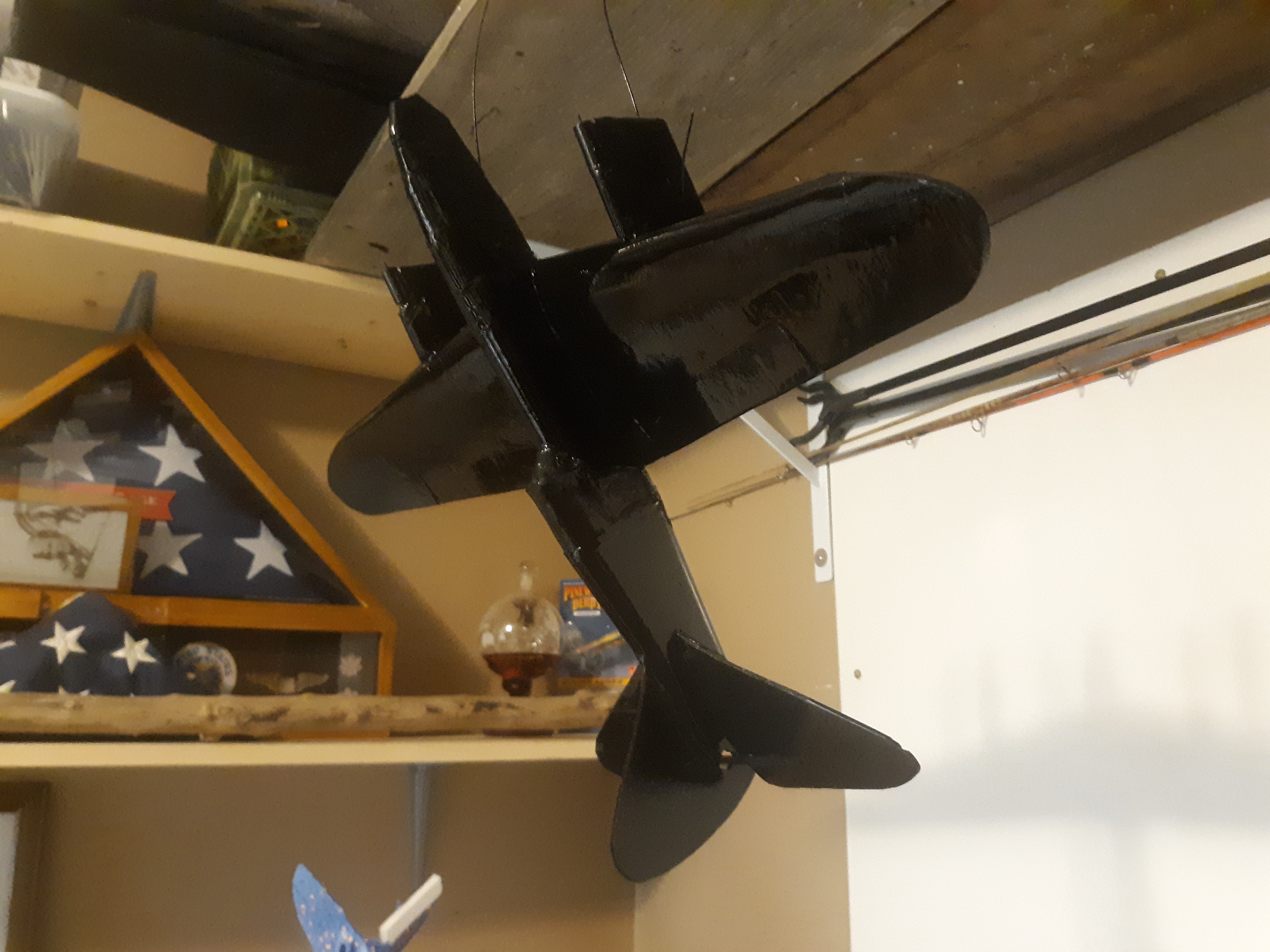 You got any pics of yours?

#3
Hey Hondo! OMG That's gorgeous! Love how you made the power pods taller, looks just like the comet! I didn't try to round out the fuse any, just tucked the sides of the nose cone in. Other than that, I just made some scoops for the power pods.
I was surprised at my mini cruiser too, it can be pitchy if the battery isn't all the way forward, but she SCREAMS on 3s lol.
I just picked up an airbrush kit this Christmas, the girl and I are going to do a bumble bee scheme on her mini. After all the rebuilds, she's a bit ugly now lol.

#4
@Theuglycamel that one is my take on a "master build" ultra micro DH.88, it's not really built off anything FT. I just looked up pics of comets and just sort of free handed it... the fuse is hollow, too small for formers (only 1" wide) and the power is a 1s 500 lipo with 820 brushed motors.
Like yours (and every comet I've built it seems) it requires all the weight in the nose for sure! I guess that does make sense as the comet was built for long distance air races, shes got room for fuel! Lol
I picked up an FT Cruiser (mini) that I have yet to build, probably have to wait till after this build competition I'm in now! I think she could be an awesome sub 250 gram FPV platform!

#5
Man I can't take pictures to save my life... All I lack is bracing the ele/rud pushrods and setting my rates. I've got so much room I'm even considering a flight controller center-mass the main spar... Maybe... 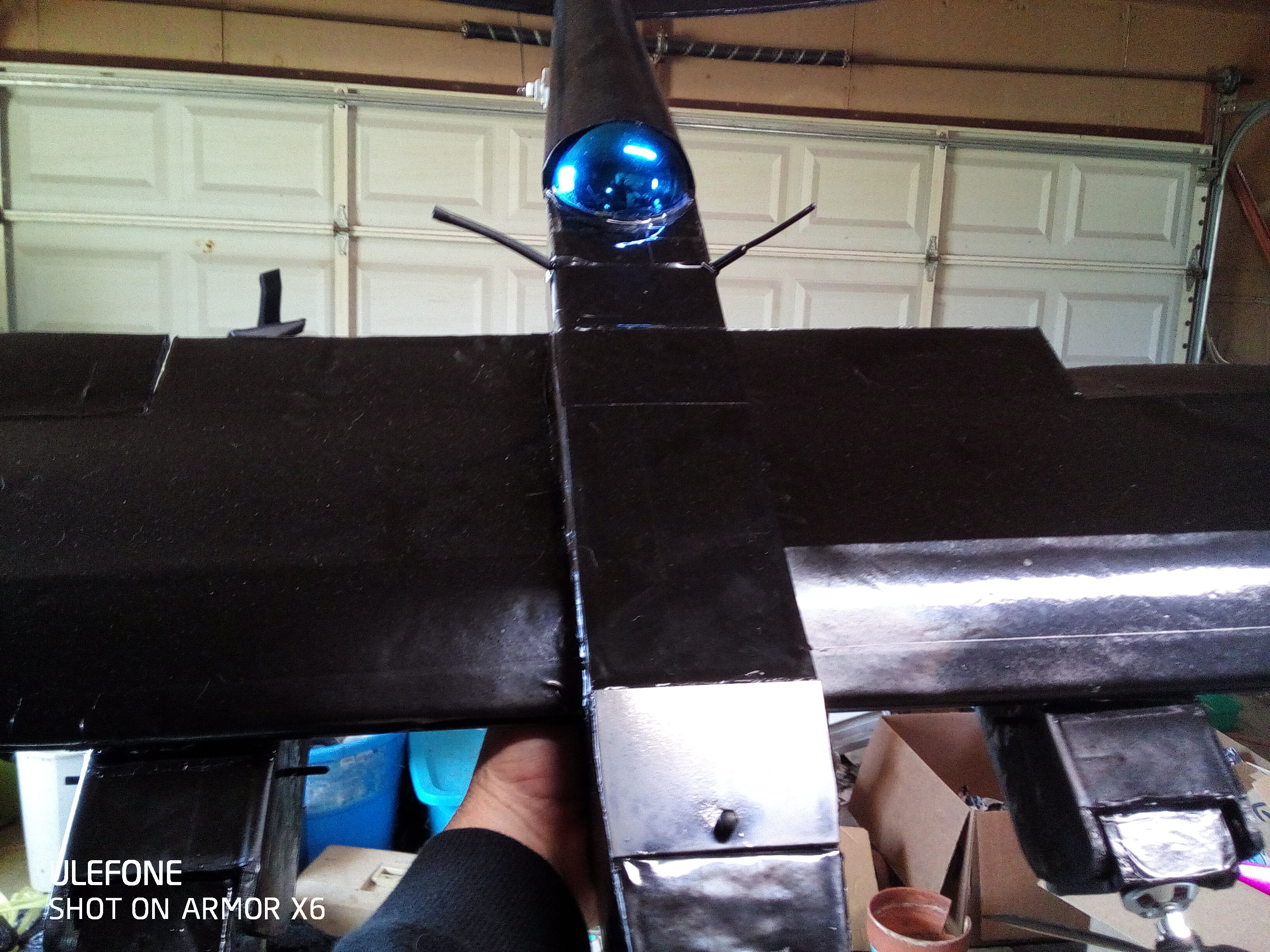 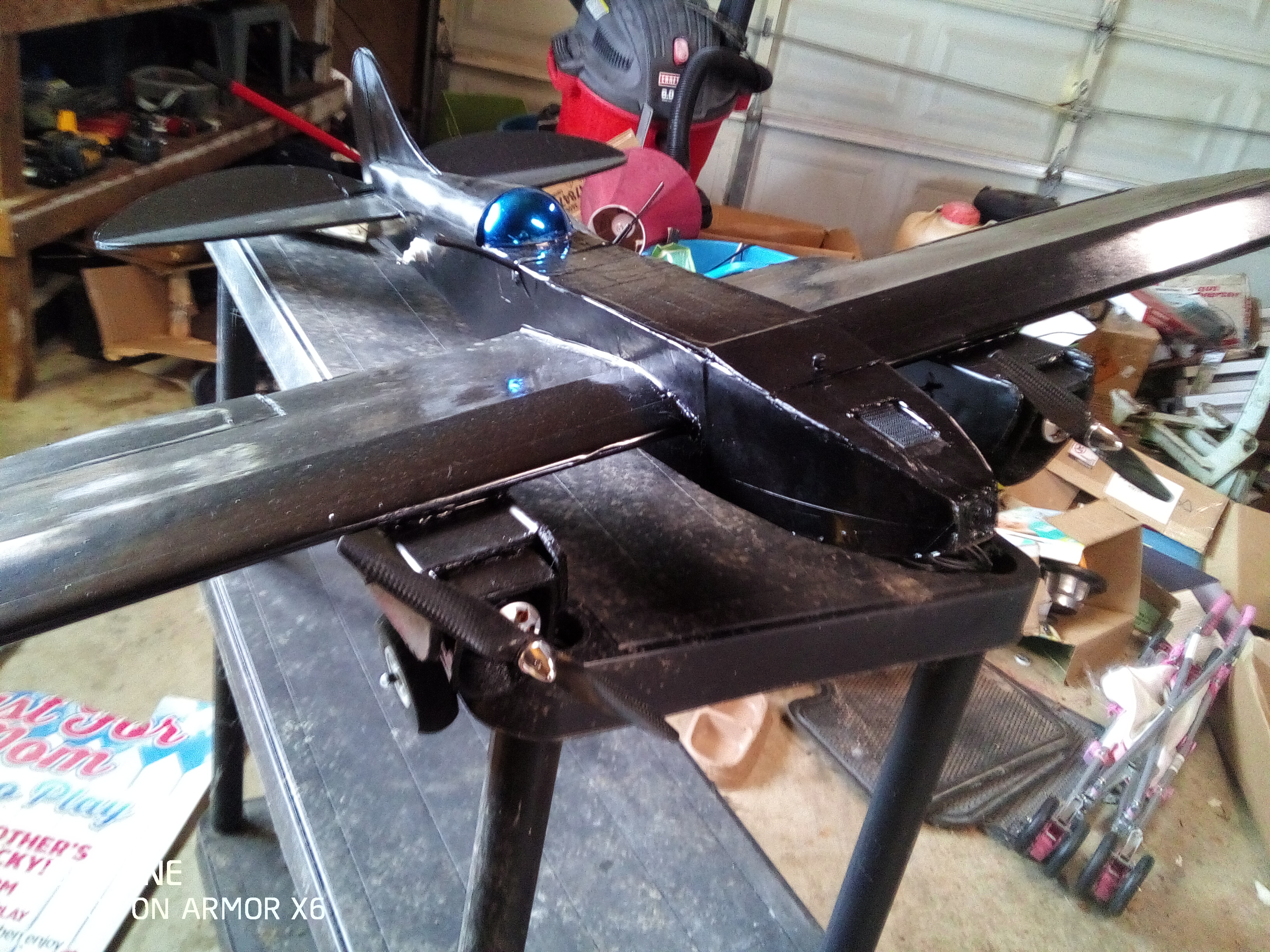