Anyone cutting foam with CNC router? What bits / tools for cutting?

#1
I have a 4'x8' cnc router in my garage. I would like to use it to cut foam. Has anyone done this before and have any advice? Not sure what bit to use, cutting speeds, ect. Also looking for an add on laser if i can find a turn key solution
M

#2
For cutting speeds and bits, check out https://www.nerdnic.com/rascal-cnc.html
Foamboard is difficult to cut with a laser, I've been told you need something north of 40w of power.
Many have gone to the needle cutter https://forum.flitetest.com/index.php?threads/cutting-foam-sheets-with-a-needle.24251/
V

#3
I started with the mpcnc and needle cutter but recently moved to the dewalt spindle with a 1/32" dia 1/4" depth bit. Much faster for me and way better cuts. I got my bits from a US company on Ebay for $6 each, but just ordered a set from the rascal CNC list with a new account coupon for 10 bits for $1.79. So I'll be comparing the $6/bit with these $0.18/bit in a couple months.

Laser works well for thin hobby plywood and poasterboard, I'm running a cheap setup with like a 2.8watt laser mostly off ebay. It won't cut foam though. As for speeds, I've been slowly increasing mine with pretty good success. I'm using the dewalt spindle, which doesn't have a speed control, so I've got it run through a router speed controller. I run it around 70% mostly for noise reduction. I'm currently up to 25mm/s cut rate with no issues, doing the full 5.5mm in a single pass. I've been upping it by 1-2mm/s every sheet I cut.
N

All of the cuts looked great, 45mm/sec I started to see some rougher edges, but I also was cutting on scrap foam that was sitting on top of poster board (To block off my hold down table) at an angle, so that may have contributed to it. 40mm/sec after a quick test was excellent. I had to keep my plunge rate at 10mm/sec as at 20mm/sec I notice the hole where it drops up and down, but thats probably my mpcnc wobbling on the z screw.

#7
Couple photos of each cut. Because of the angle, I didnt cut fully through with the 45mm/sec cut so it's stuck. 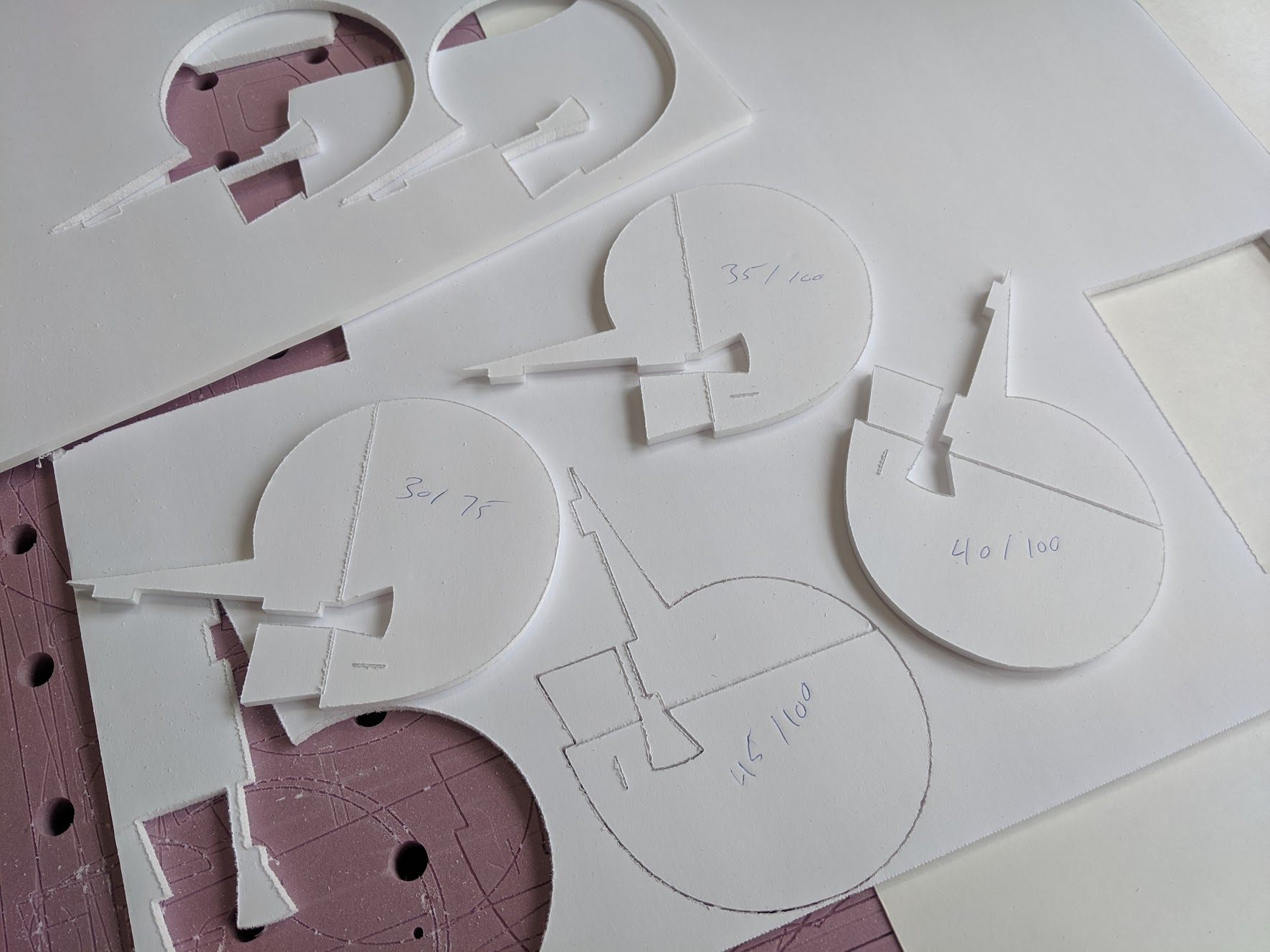 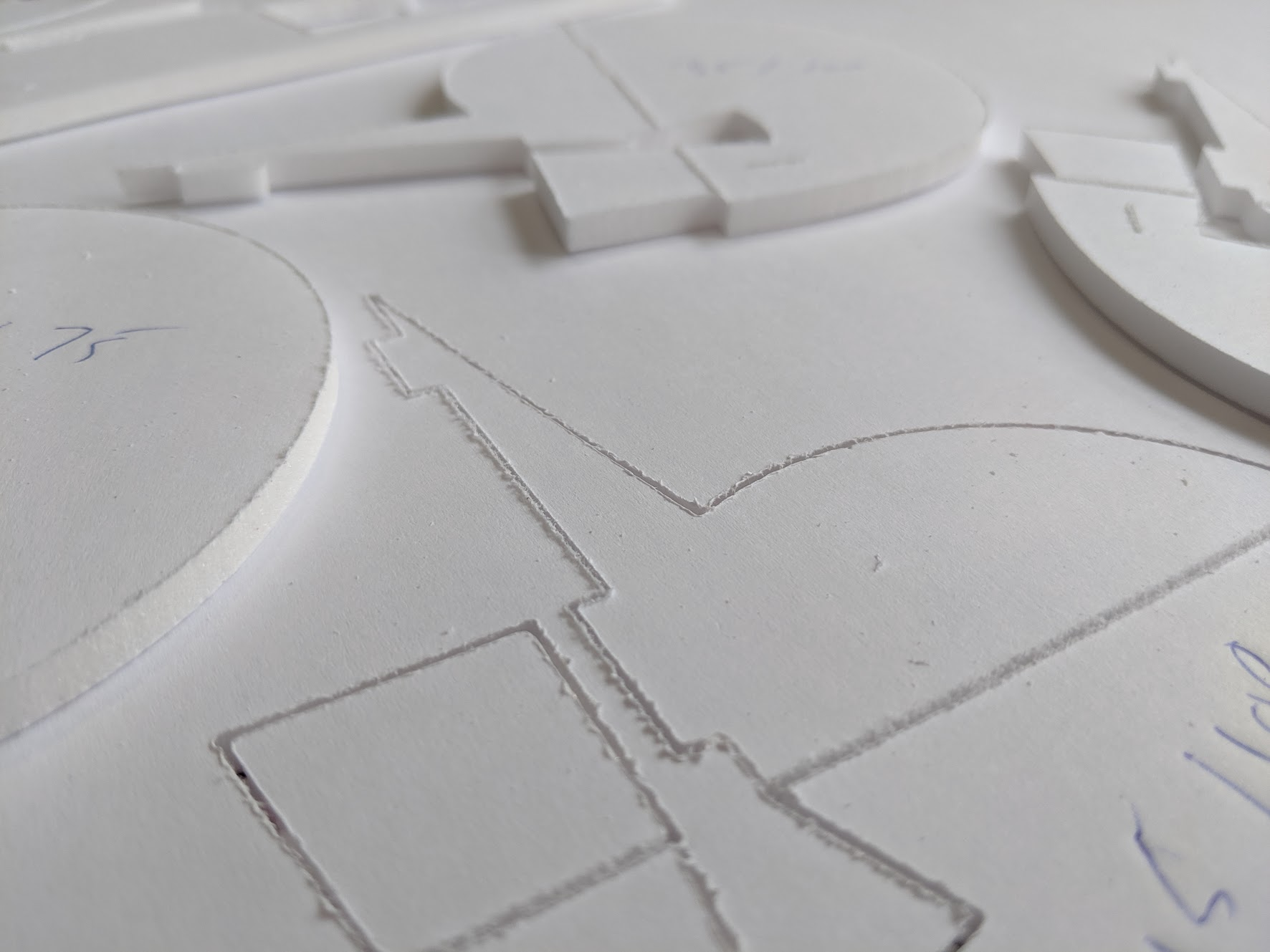