#1
I wanted to compare some different motors with different props for my new FT3D, but I couldn't find a suitable spring balance to measure the pull, so I knocked up this. I can measure the current with my wattmeter, so I can get a good idea of the amount of pull per amp for comparison purposes and I can see how the current compares with the motor and ESC ratings. The actual amount of pull isn't so important. I only wanted to compare to see which was the best. The goal was to get as much pull as possible without going too heavy and without exceeding the ratings and to get a good bang per buck in terms of pull per amps.

I zip-tied a stiff boat fishing rod to my racking and zip-tied a 24" rule at right angles to it. I could then zip-tie my power pod to the fishing rod tip, then while supporting it with one hand, open the throttle with the other and note which position the tip of the rod bent to. It gave me just the info I needed. The fishing rod isn't easy to see. it's near the middle of the rule zip-tied at the bottom of the upright. 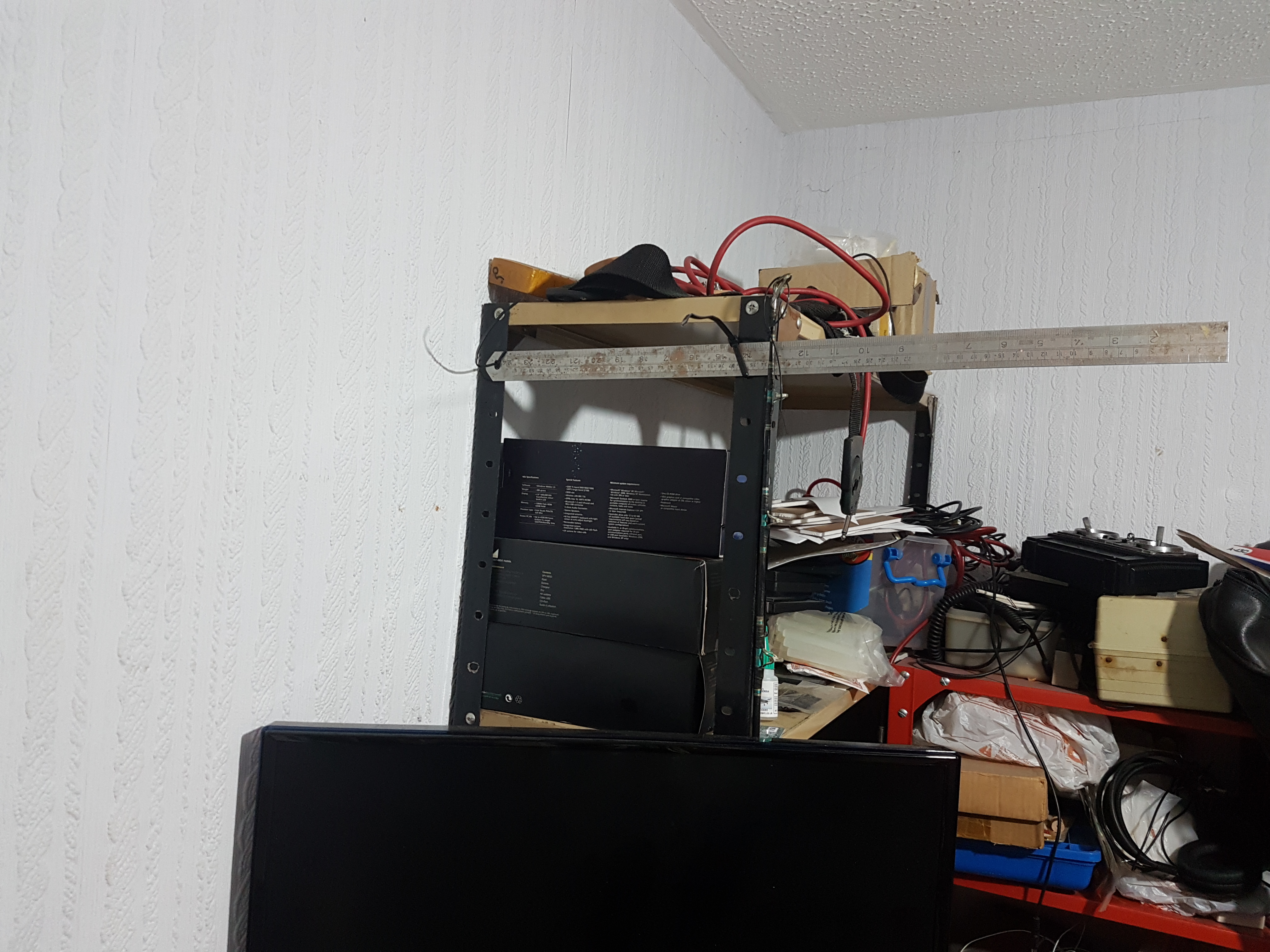 The first day I was at University doing my engineering degree, the tutor set us a test to see who were likely to be the best engineers. The task was to find the height of the 14 storey library building using a barometer. Most of the students measured the air pressure on the roof and at ground level, then calculated the height based on that. Two or three of us dropped our barameters from the roof and timed them until they smashed into the ground, then calculated considering thr gravity and the air resistance. We got within a few centimeters. When the results came out, one guy had got it absolutely exact. The tutor asked him to explain his method. "It was really simple", he said. "I found out who the architect was and told him that he could have a really good barometer if he would told me the height of that building".

That test led the tutor to tell us the definition of an engineer. He said that an engineer was a man, who could do for a penny what any fool could do for a pound. I never forgot what he said. In case you're wondering, sexism was allowed in 1971 even though there was a girl in our class, who ended up getting either 99% or 100% in every exam throughout the course when the mean score was about 50% and it was only the Chinese students that got over 70%.
You must log in or register to reply here.
Share: Facebook Twitter Google+ Reddit Pinterest Tumblr WhatsApp Email Link
Menu
Log in
Register