#1
This is a project that I've wanted to tackle for a while- an RC submarine. I know this isn't a plane but here me out- this is Flitetest related I assure you. The issue with building a submarine was the difficulty of scratch building a hull coupled with the high cost of a reliable dive system- usually several thousand dollars.
To build a hull most modellers make a fiberglass plug out of insulation foam. This requires extensive sanding and many choose to use a lathe. After the plug is glassed it's melted away using acetone or gasoline, a rather messy process.
I decided to experiment with a new solution- foamboard. As it's a very easy and cheap medium to work with a convincing plug can be made rather easily. I finished mine in just a few hours build time. To glass it I'll cover the plug in wax paper before applying the fiberglass. This should make it easy to simply rip the foam out by hand- no chemicals required.
As for the expensive diving system I circumvented the problem by simply not using one. For the time being this ship will be a surface runner only, but one of the things I like most about submarines is their ominous profile on the surface. Plus the lakes and ponds I have at my disposal are pretty murky anyway and 2.4ghz doesn't tend to penetrate water very well.
The finished plug: 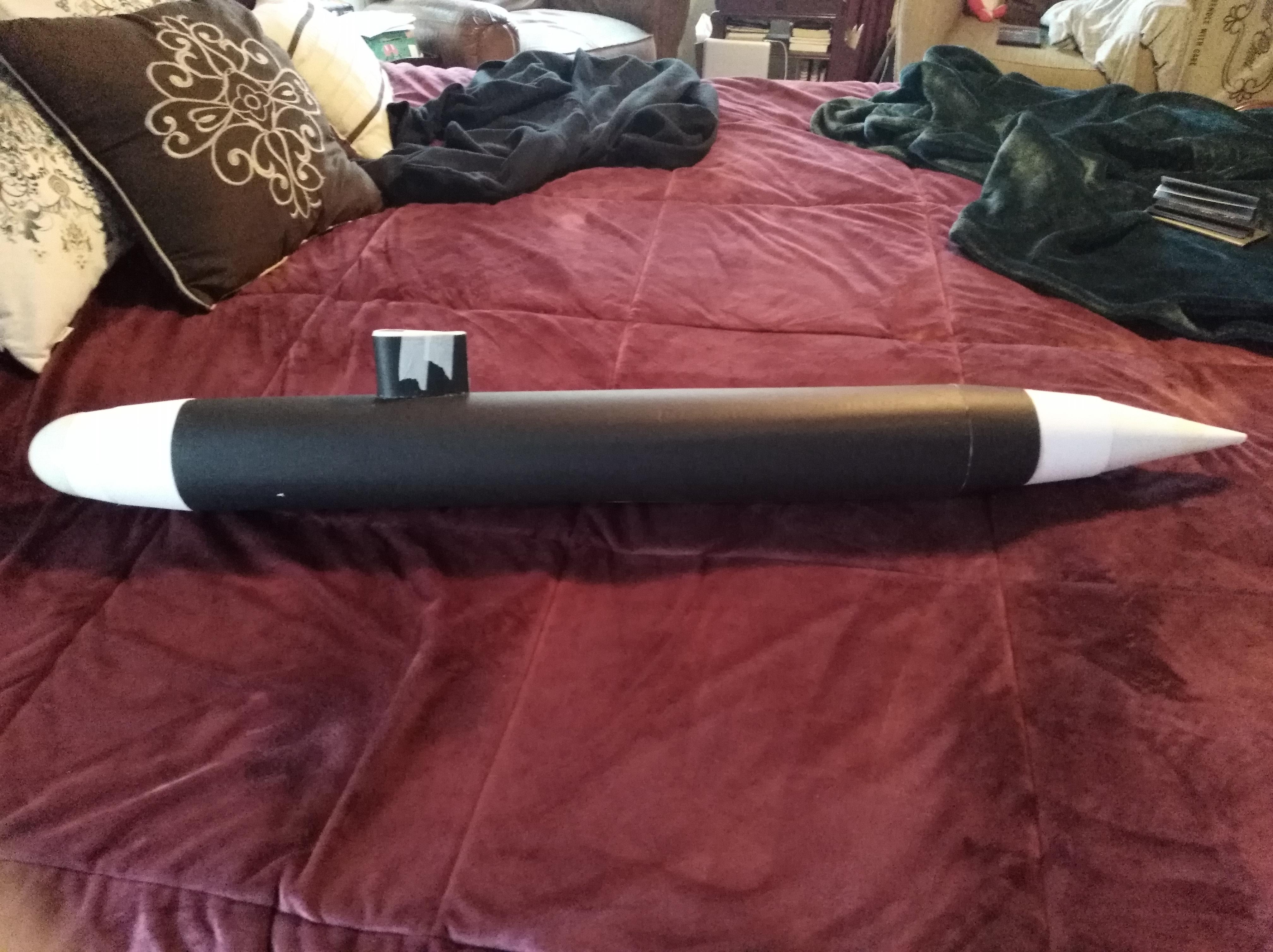 I used some extra black foam I had lying around because it wasn't exactly airworthy. Mixed with the white foam it's just about the ugliest thing I've ever seen, and the lack of dive planes makes it look naked I think. It's just a plug though, none of that matters. I'm a bit short on funds at the moment so this project will move rather slowly, I might just bite the bullet and get the fiberglass now though.
Most of the electronics going into it are parts I already had, 1 9g servo ($7), Storm receiver ($16), 2 sheets foamboard ($2), and some 1/8" (I think) balsa for the dive planes and rudder. The parts I don't have are the motor and ESC ($35) fiberglass and resin ($30), and the screw ($35). Small details will be made out of plexiglass, balsa, and other materials I already have. 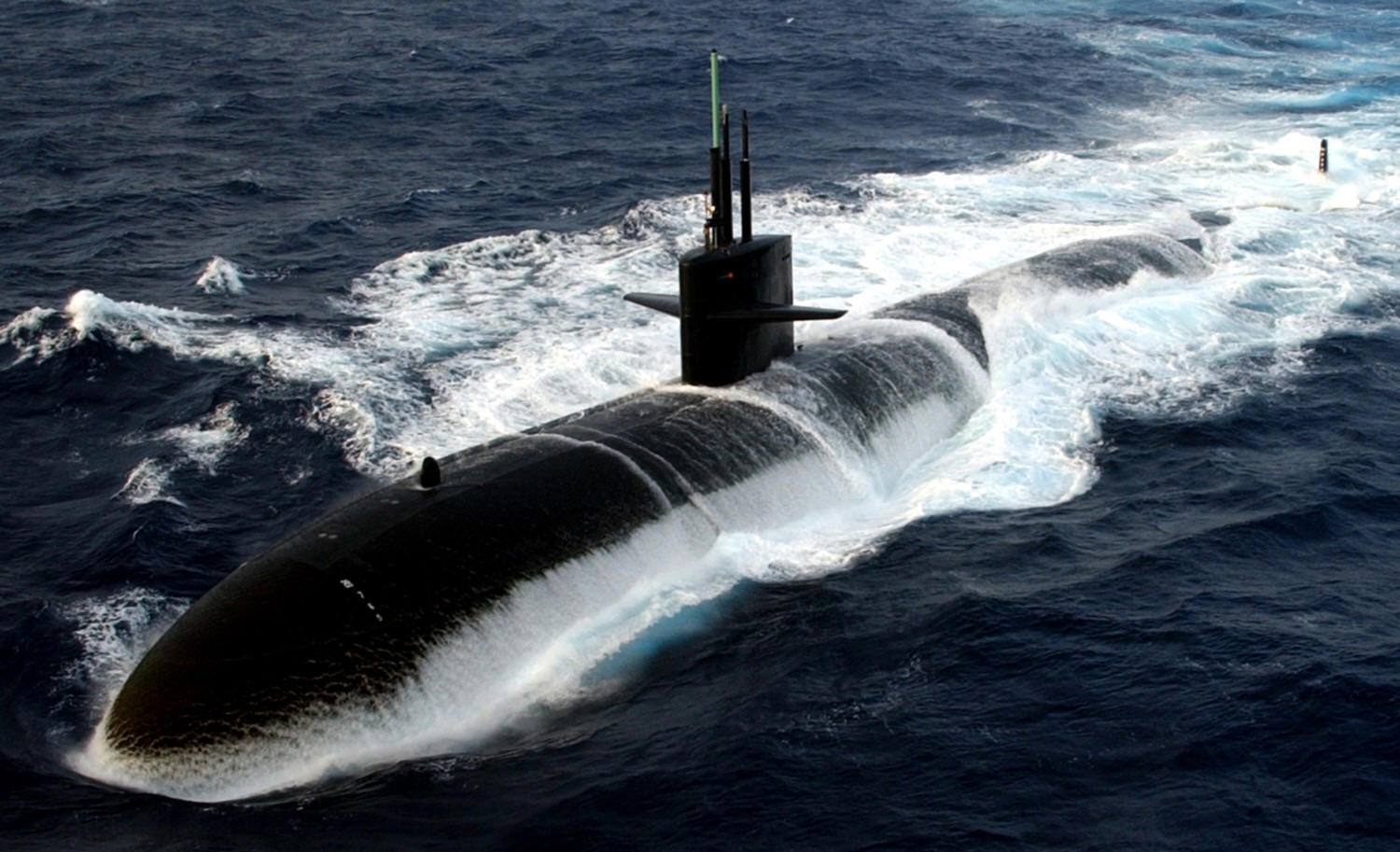 #3
Well I bit the bullet and bought the fiberglass today. I was going to start on the stern but I forgot to buy brushes.

#4
First layer of fg on the stern. It looks kind of messy, I'm not sure if that's how it's supposed to be. I'll see what sanding and the next coat does to it. 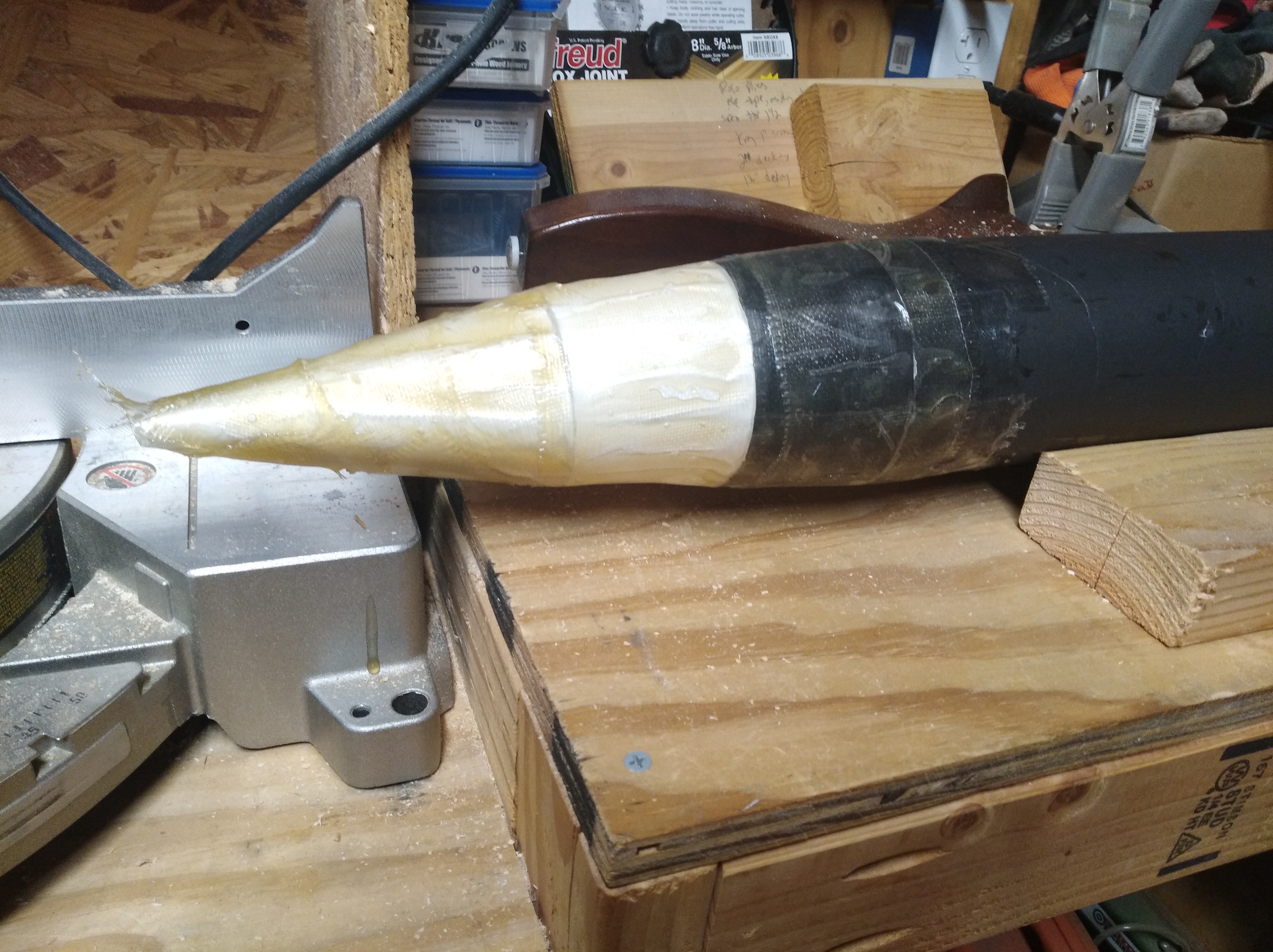 #5
15 minutes with a belt sander smoothed things out considerably. The next coat should go on a lot smoother.

#6
I dug this project out of the closet the other day and started finishing the fiberglass. I finished the first coat yesterday and I let it set overnight, God willing I'll get started on the second today.
You must log in or register to reply here.
Share: Facebook Twitter Google+ Reddit Pinterest Tumblr WhatsApp Email Link
Menu
Log in
Register