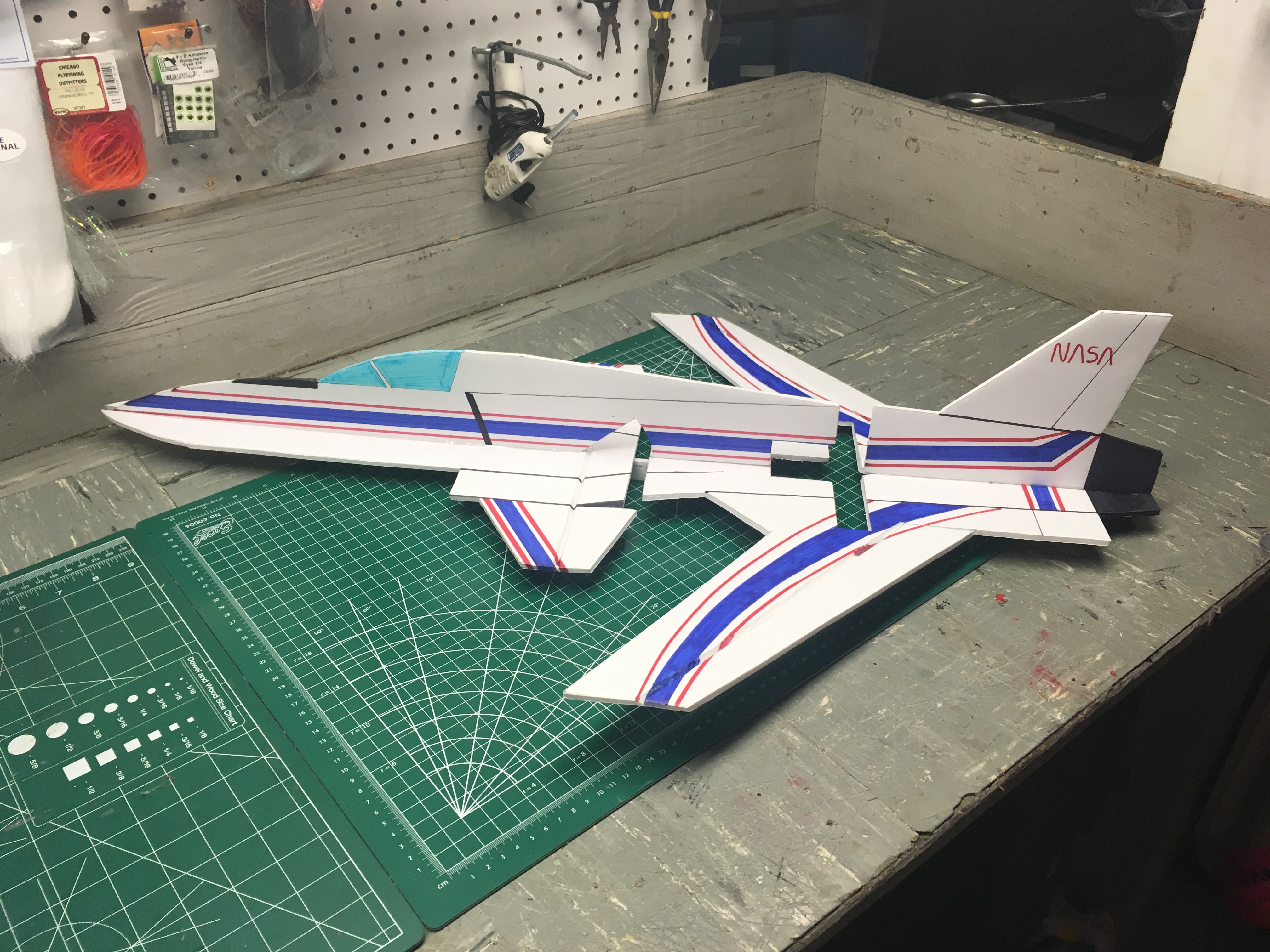 Ok, so I've been working on this 3D X-29 and I can't figure out how to have elevons but have a third servo that's strictly for elevator to control the canard surface. I've thought about using an onboard mixer and changing the channel assignments but I'm not sure it'll work. Any intel on this would be a big help.

Moderator
Mentor
#2
It all really depends on your TX/RX system. If you have a TX with highly configurable software, it shouldn't be a problem to mix the channel outputs as . you desire, but again, it all depends on the system you're using. On OpenTX, which I use as my primary software for my TX, I would have the elevator stick output to the channel that the canard servo is connected to, in addition to the two servos that serve your elevon.
P

Moderator
Mentor
#4
Ooo... actually, maybe not. I have a DX6i, it's what I started the hobby with, but unfortunately, I found I had to quickly move away from it when I found that the limited two mix setup with a borked built-in elevon/vtail mixer (which didn't give full range, if I remember correctly) meant that I couldn't setup something more complicated. It's been a while since I had to setup a complicated mix on the DX6i, but it was too frustrating and limited based on their trying to oversimplify the UI.

If you can setup elevon mixing on the DX6i while mixing the elevator stick output, within the two mixes, it should be possible, but I have a feeling the mixer setups were also pretty limiting. Like it's a 1:1 channel thing or somesuch.

Anyway, another option would be as you thought, to use a V tail mixer or even a small programmable flight controller, but that's probably way more complicated.

#5
You could do it all with only 2 servos IF you went "OLD SCHOOL".

Old school would be to have the elevator servo control the canard directly as well as a sliding servo tray for the aileron servo. The Aileron servo would be mounted in the sliding tray and connected to both of the elevons, (one on each side of the servo output.

Trim will still work as will expo and dual rate.

You will need to play with the canard mechanical setup to give best deflection of canard Vs elevon input but otherwise a sound and possibly quite light arrangement.

Just what worked in the days before Tx mixing and Expo!

#6
I think it might be possible if I just plug the canard servo into rudder or aux1 and just mix elevator/rudder or elevator/aux1 on Tx so that the elevator channel has 100% control over whichever channel it's plugged into on Rx, but I'll have to try it out

#7
I used to use mechanical mixing on my gremlin combat planes back in the day. Just balsa sheet and 1/4" stock with some 2mm rods to slide on. In today's day of 3d printing it could be done very neat.
P

#8
I got it. I set up dual elevator on Tx and assigned yaw channel to L elevator and I used that for the canard. I used an onboard mixer for the elevons and it works well.
You must log in or register to reply here.
Share: Facebook Twitter Google+ Reddit Pinterest Tumblr WhatsApp Email Link
Menu
Log in
Register