#1
My previous FT Racer was built according to plans and modified with time until its demise and since then I always wanted to build another. Loved flying that plane!
This time it will be different:
-Nerdnic style speed wing with aluminum spar, flaps and will be removable. I may add wing fences between the flaps and ailerons and wing tip fences.
- Narrow fuse for aerodynamics. The nose will be enclosed.
- Feathered tail reinforced with carbon fiber rod.
- For the motor I will be using either my Propdrive 2836 2200KV with a 7X5 prop (currently on my FT Mustang with a speed wing) or a Turnigy 3536 1250KV with either a 8 or 9" prop. Suggestions?
- 9 gr servos, metal gear on elevator and ailerons. The tail servos will be installed internally in the fuse above the wing.
- Battery will be 4s and will be installed under the removable turtle deck/canopy.

Let me know what you think. I'd love to hear any suggestions, ideas etc. 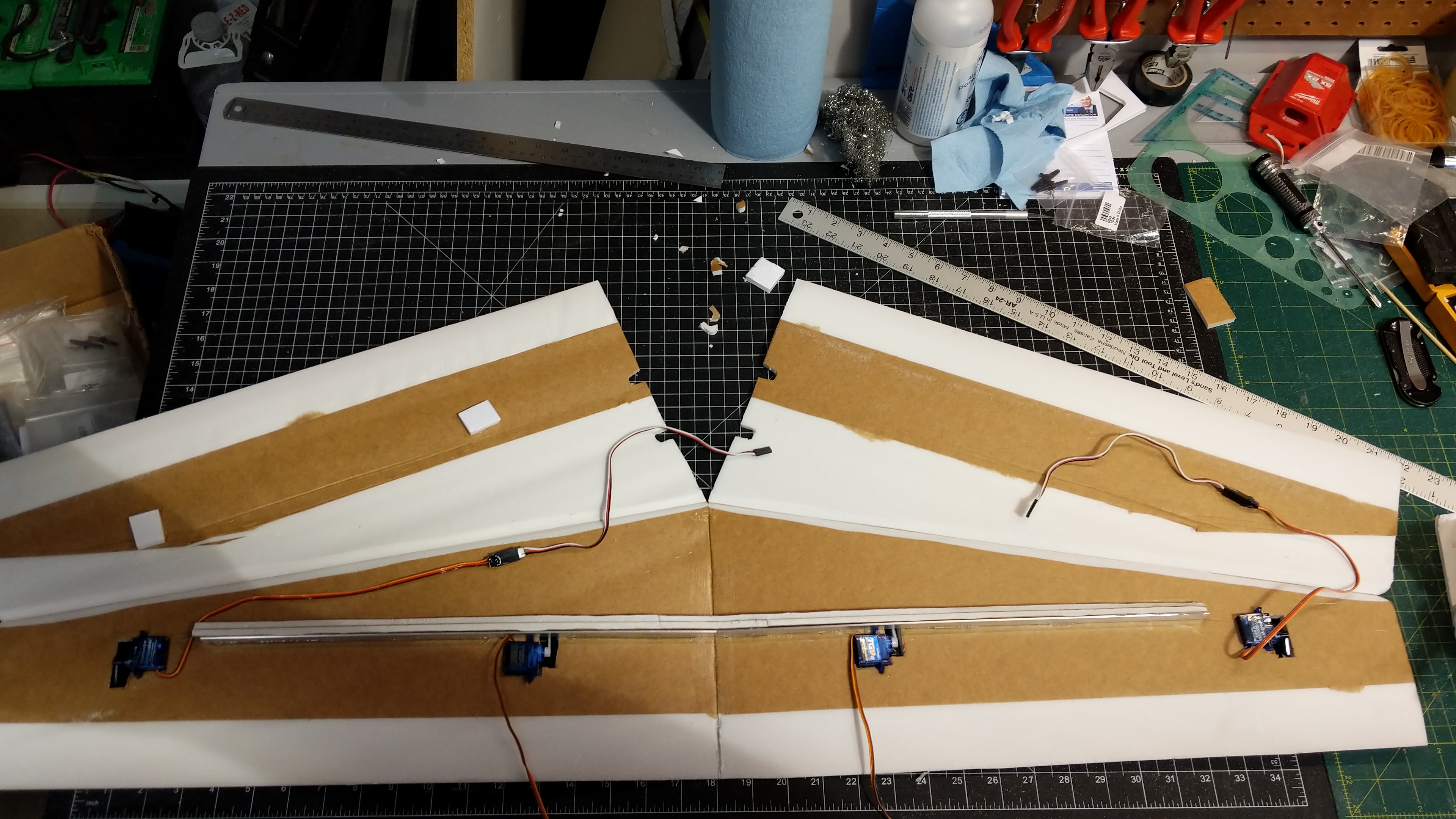 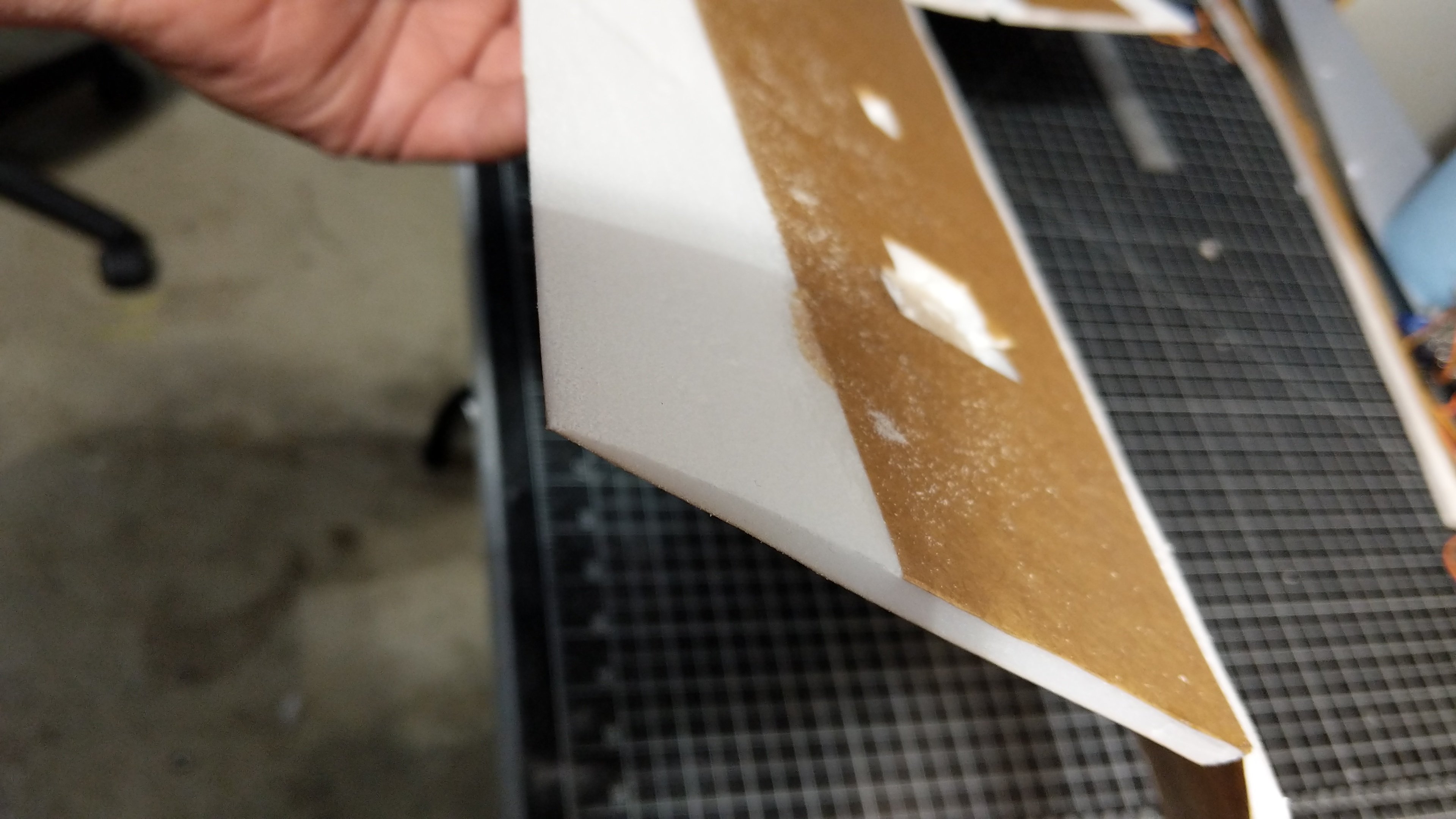 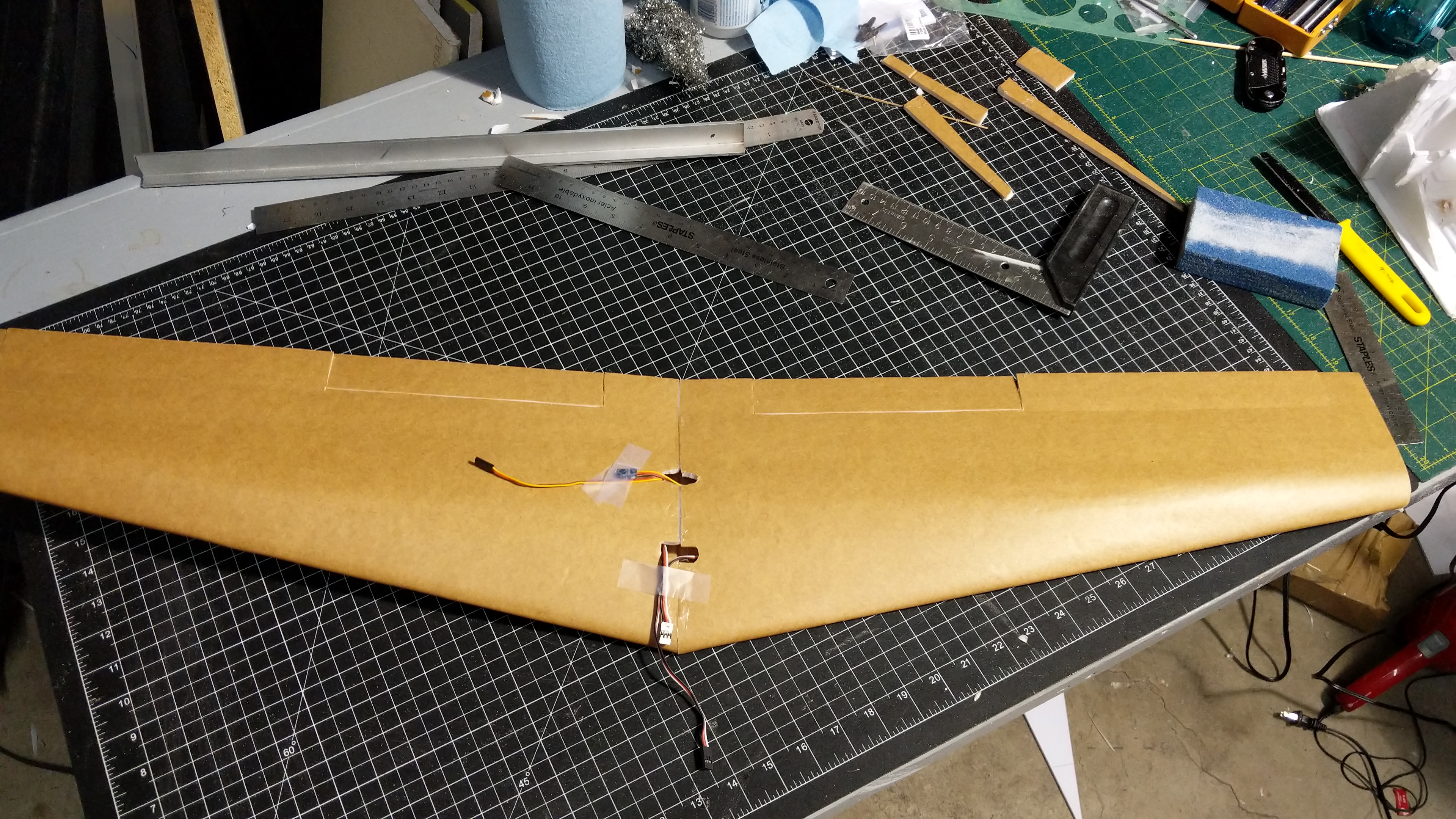 Glued together and control surfaces cut. 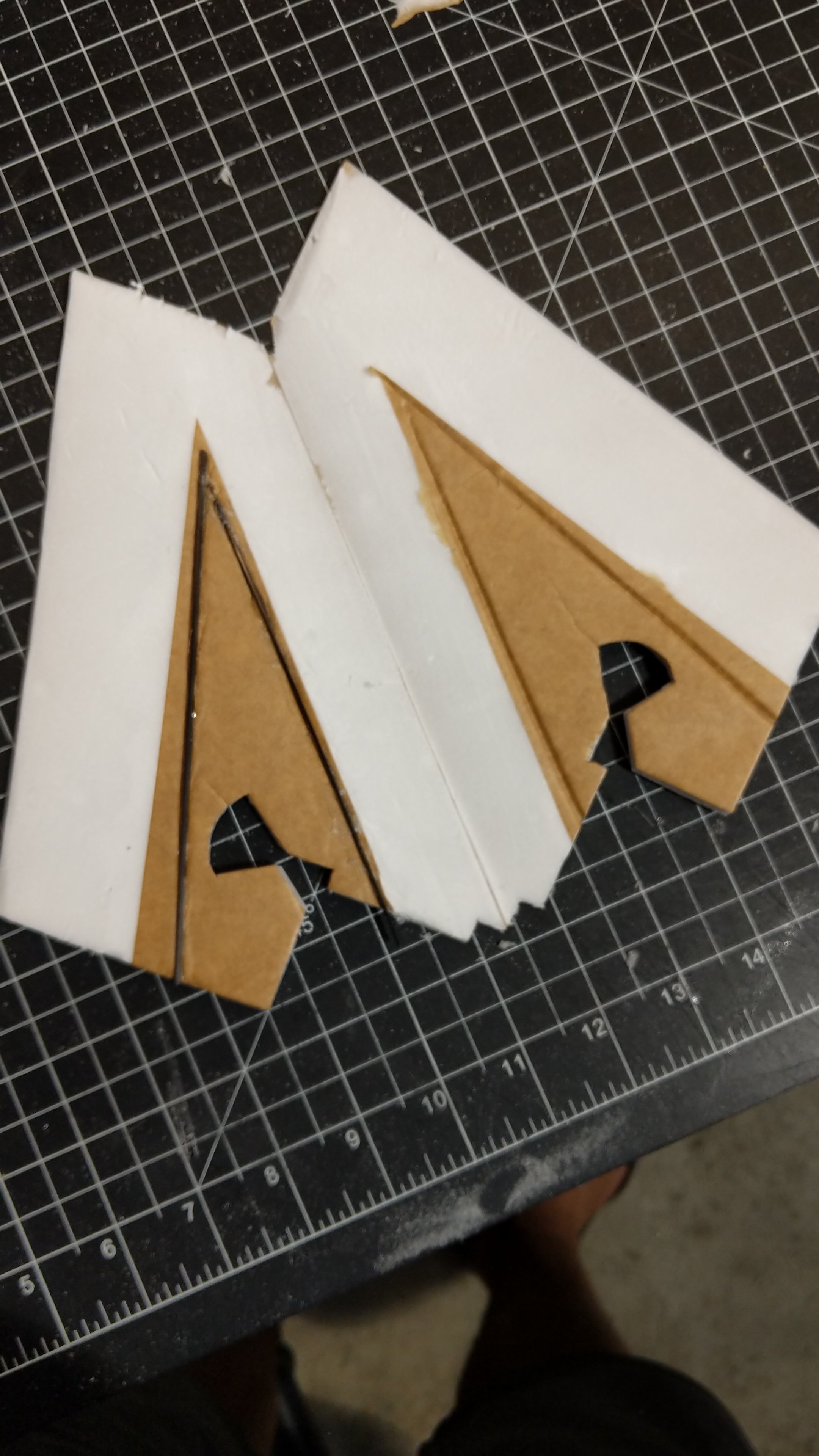 Vertical stab ready to be folded and glued 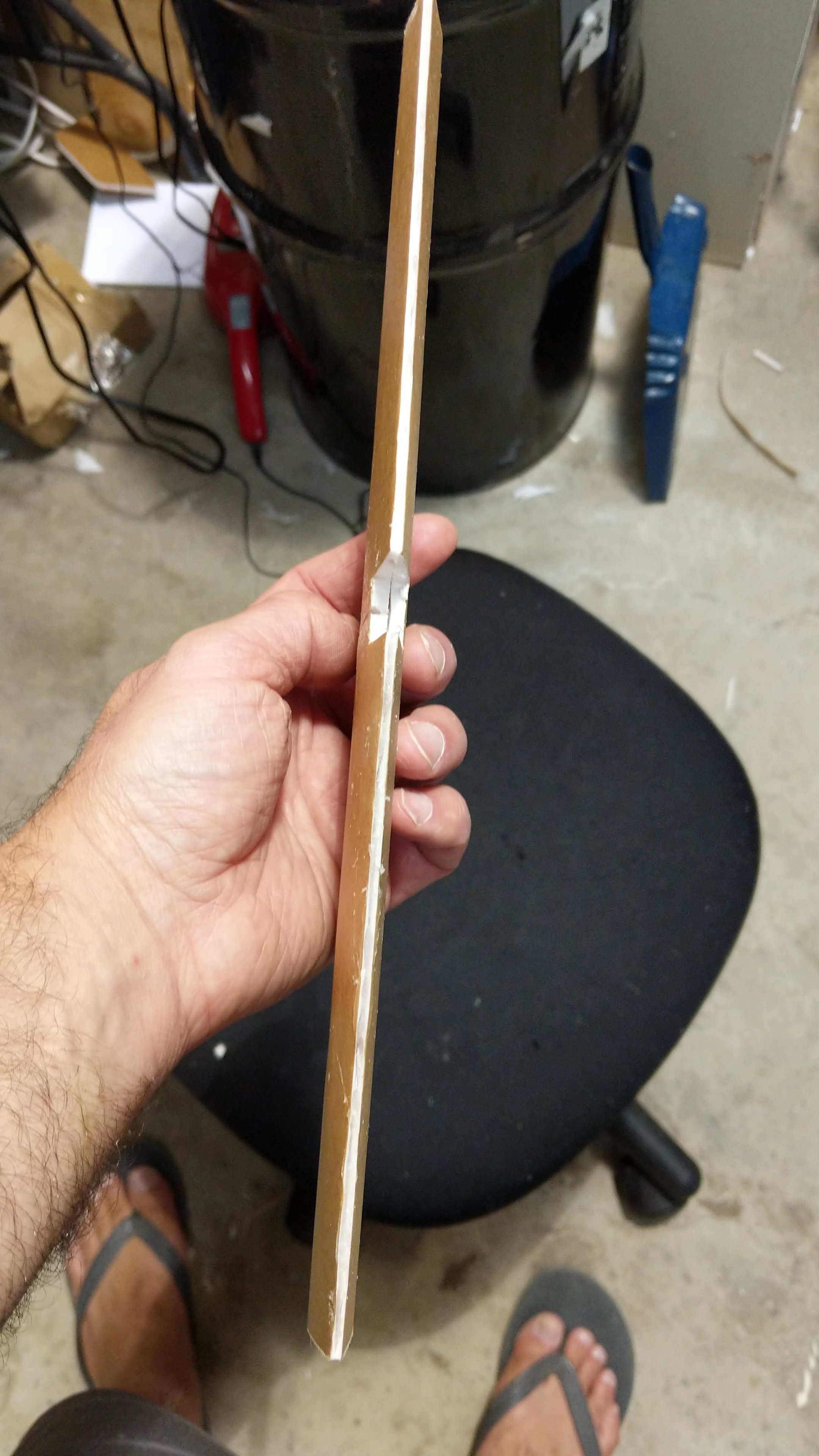 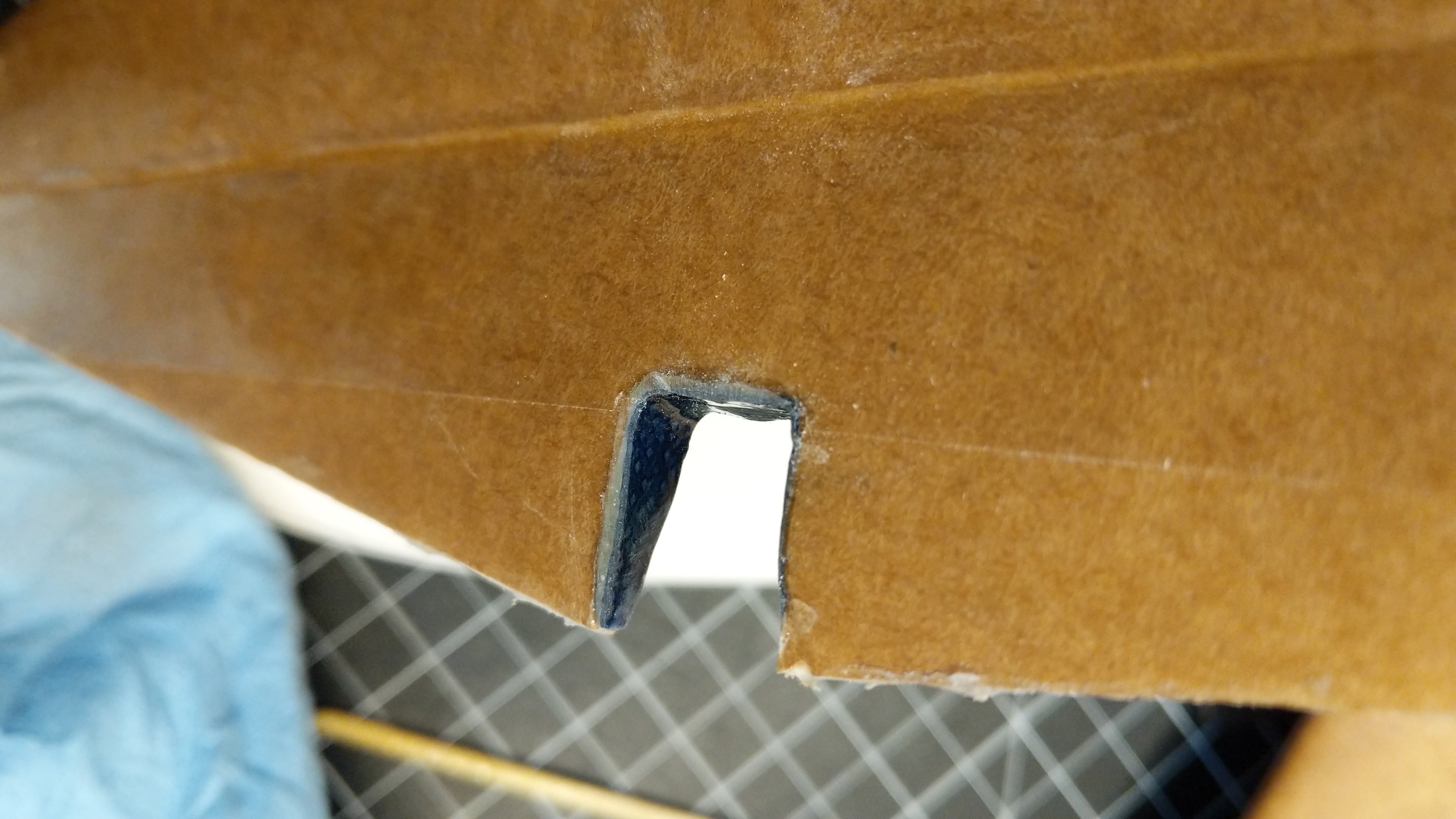 Reinforced the horizontal stab rudder groove with some epoxy and nylon. It was pretty strong without but I did it anyway for some peace of mind. 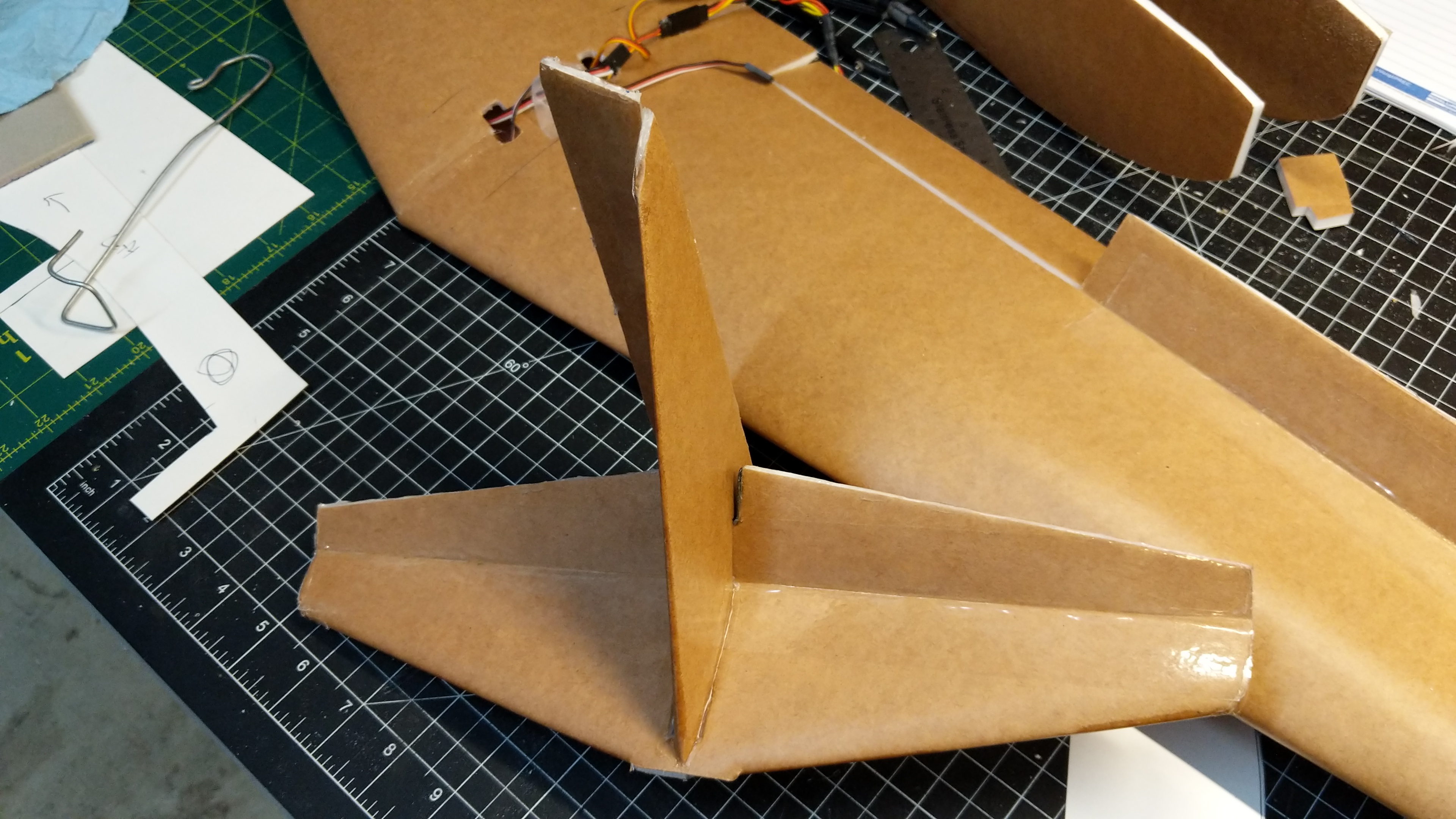 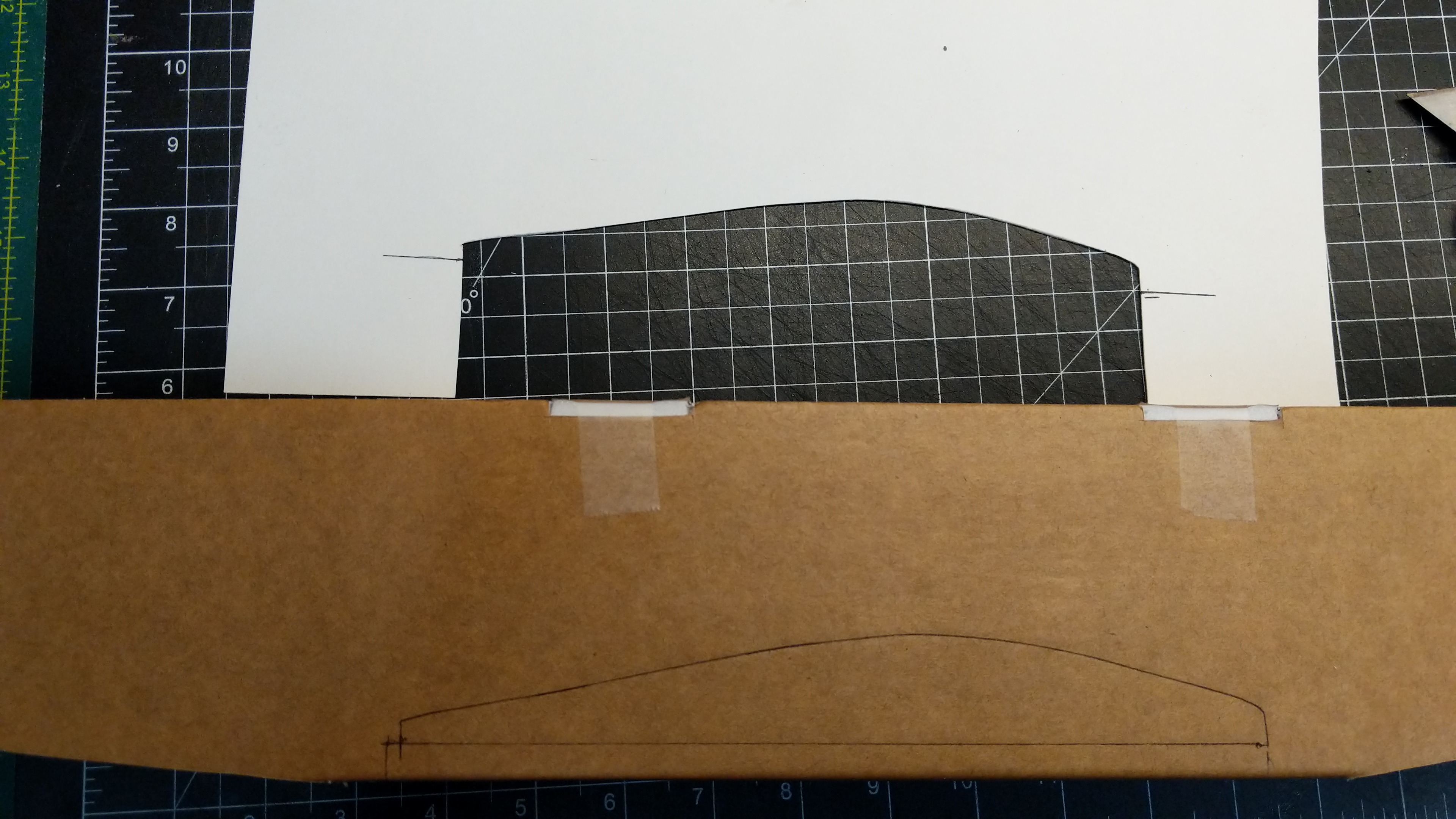 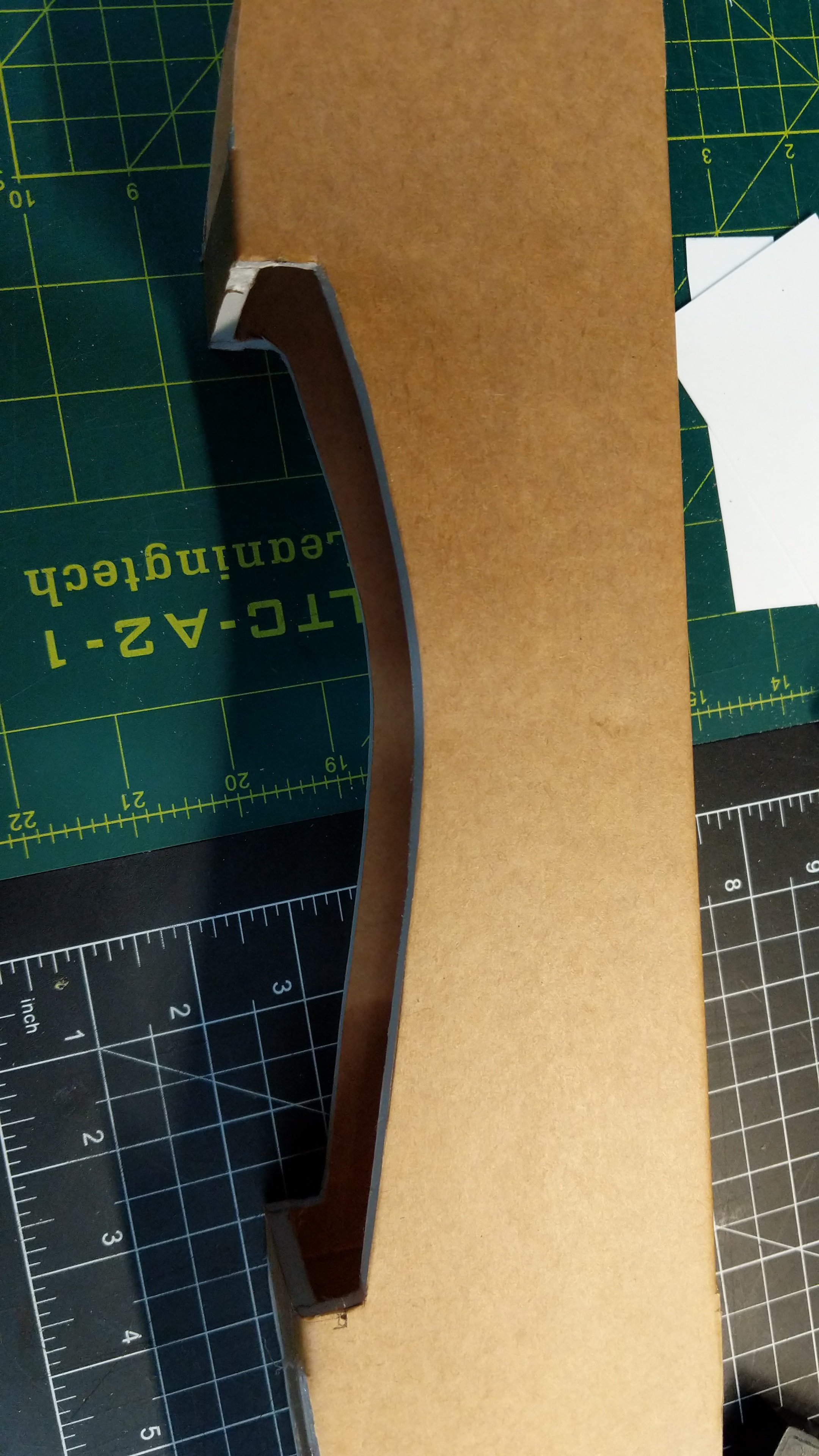 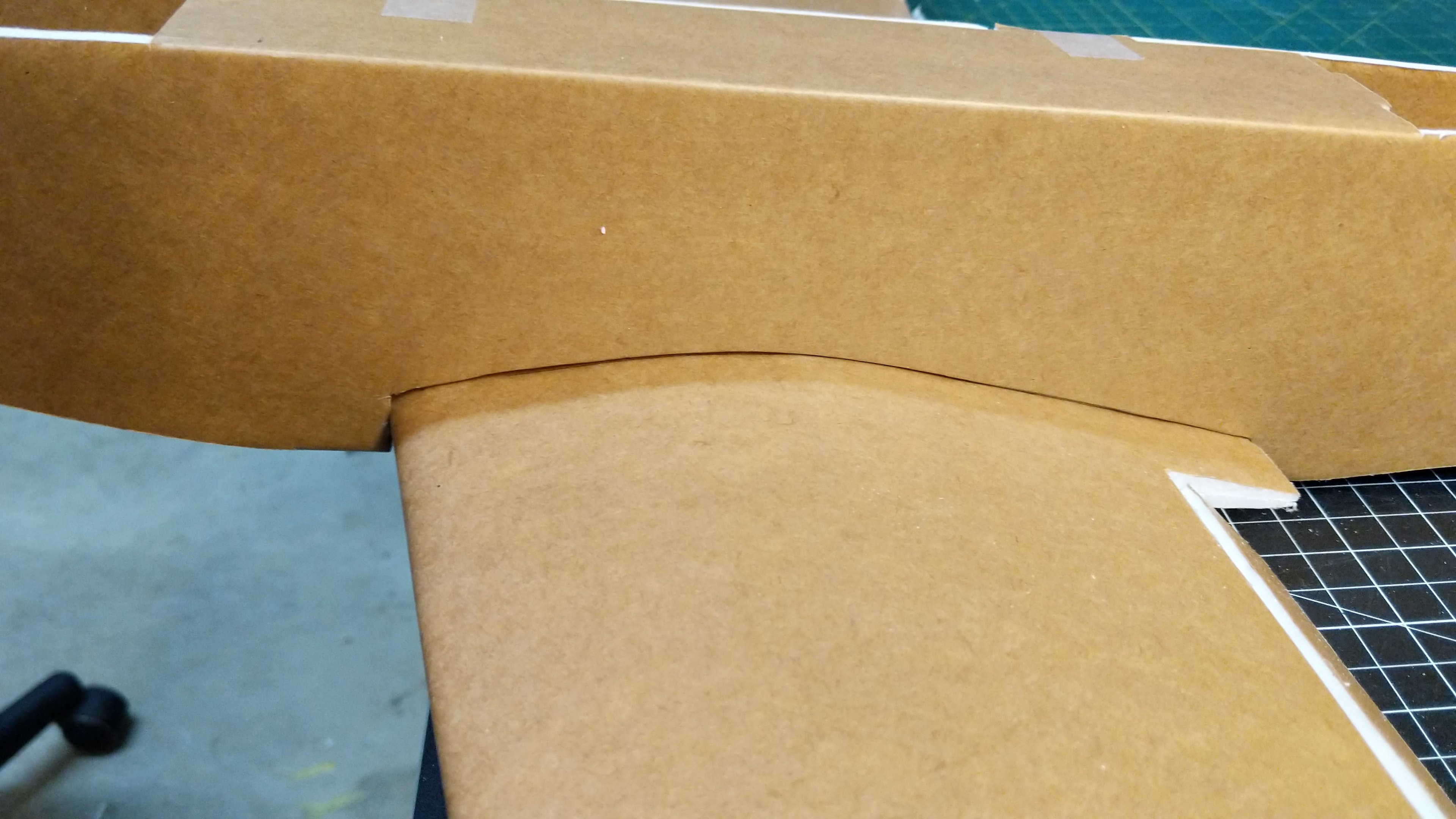 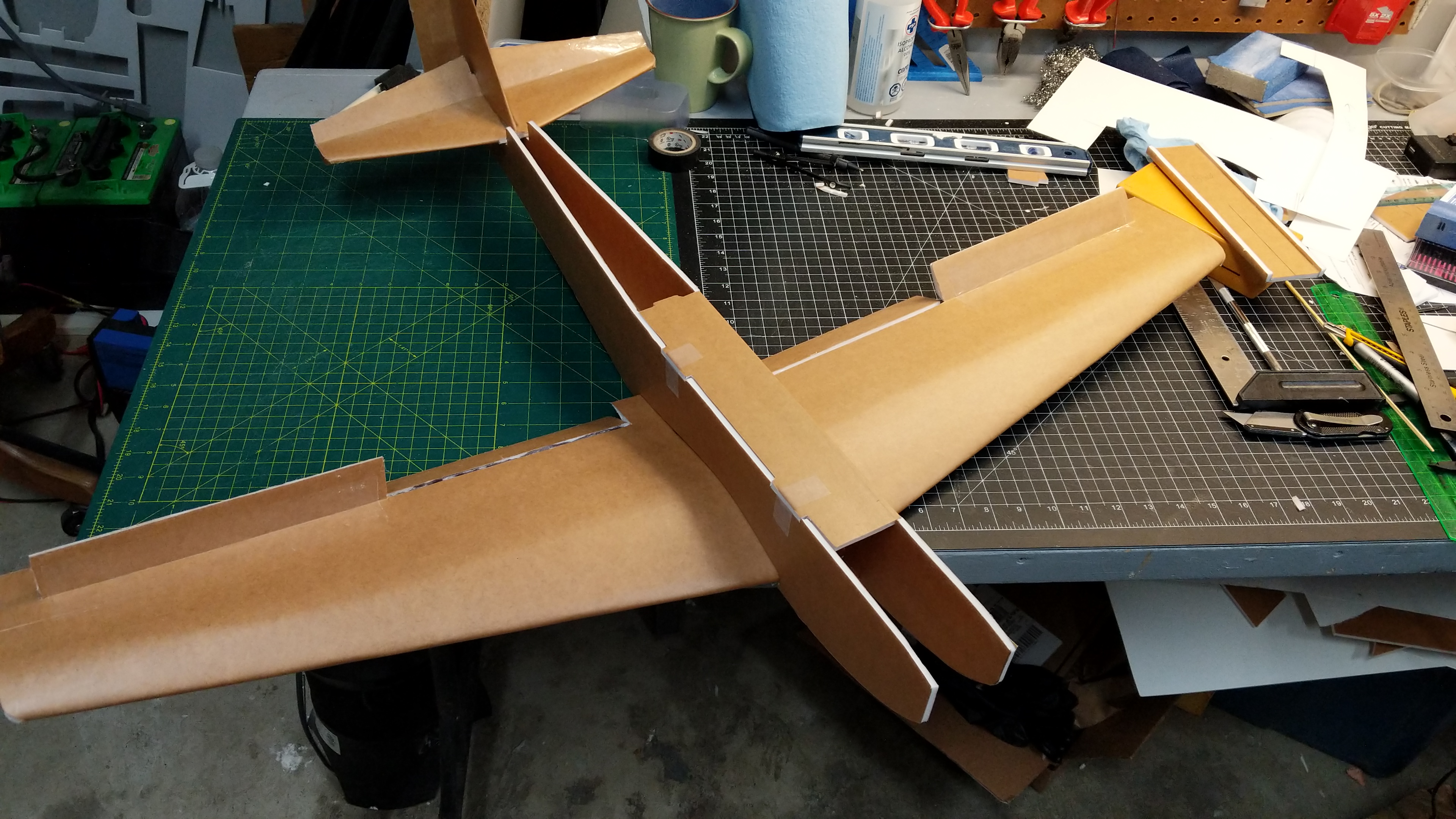 #2
I am looking forward to seeing it done. 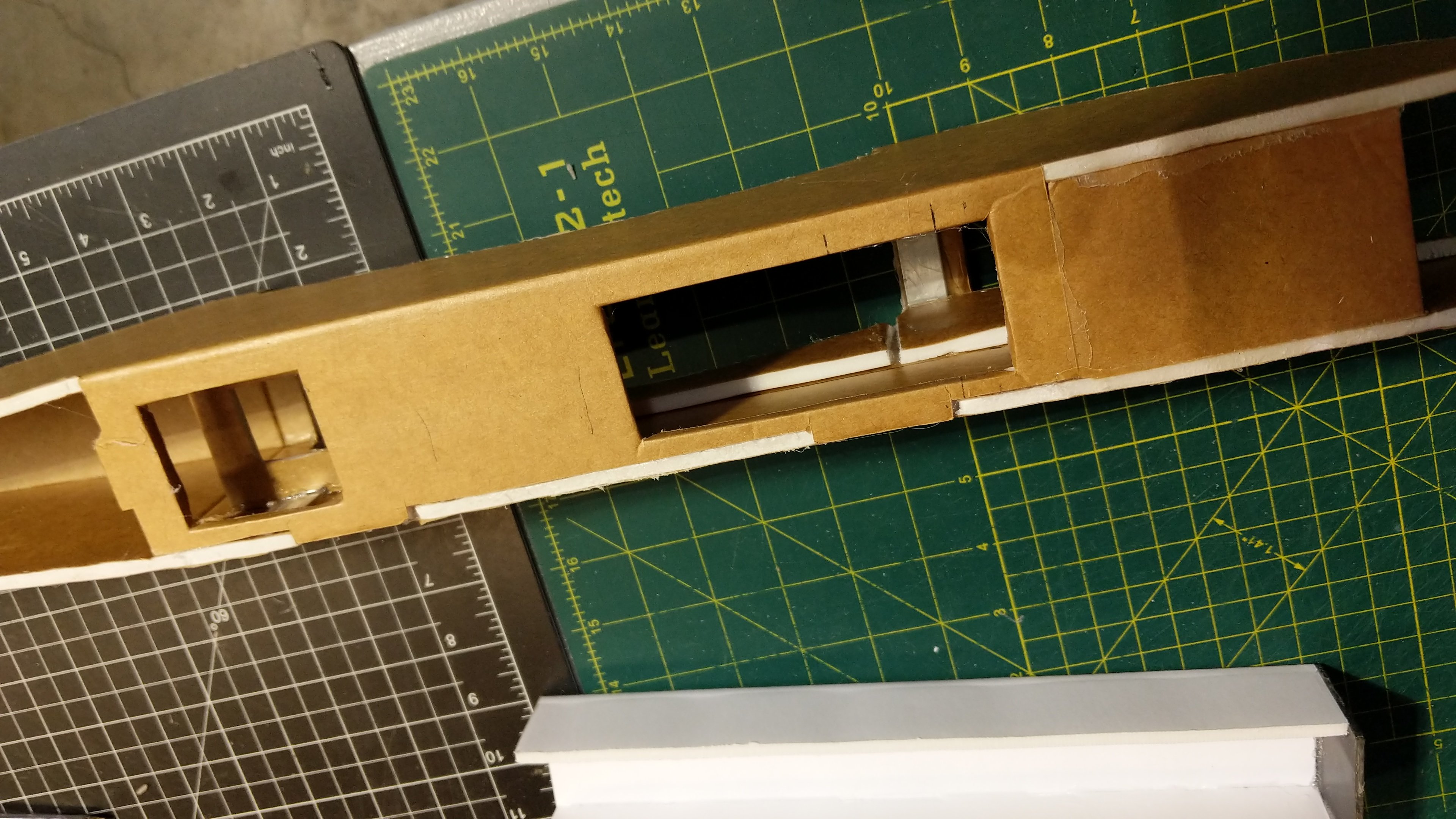 Top deck openings, small on on the left is for the tail servos, right side is for the battery. 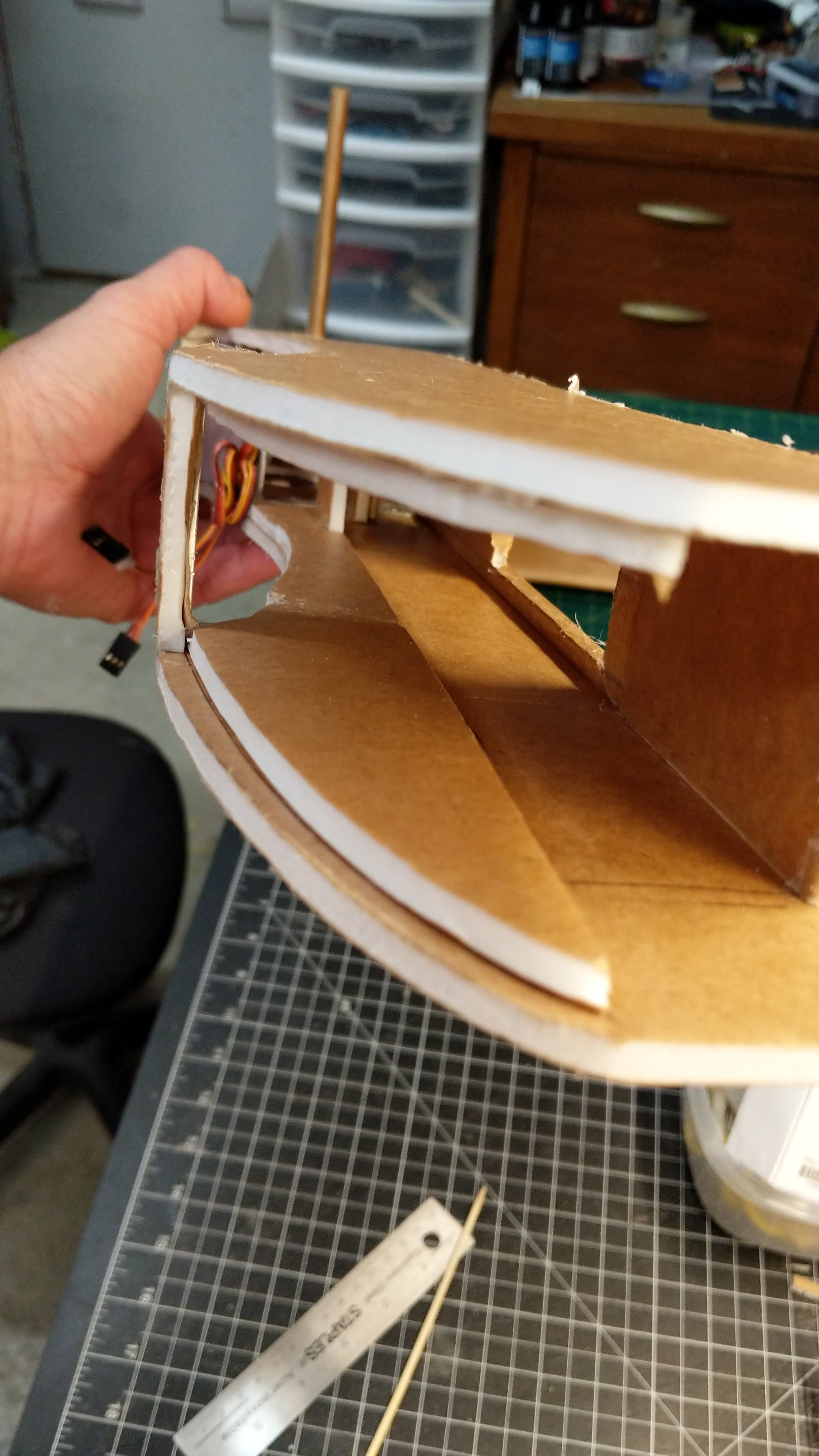 Nose doublers install, power pod will slide in on top of doublers and lock in with a nylon bolt. 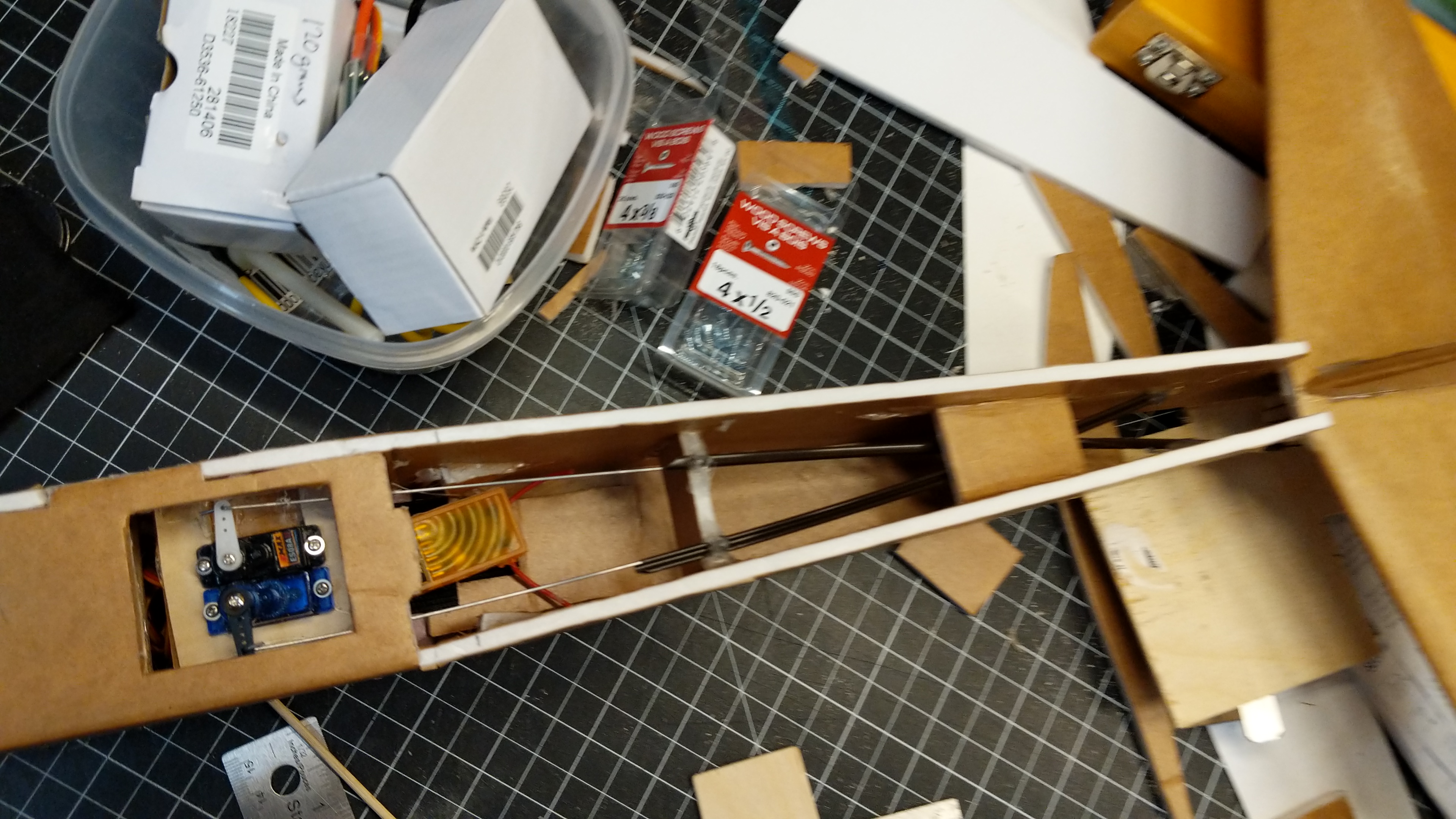 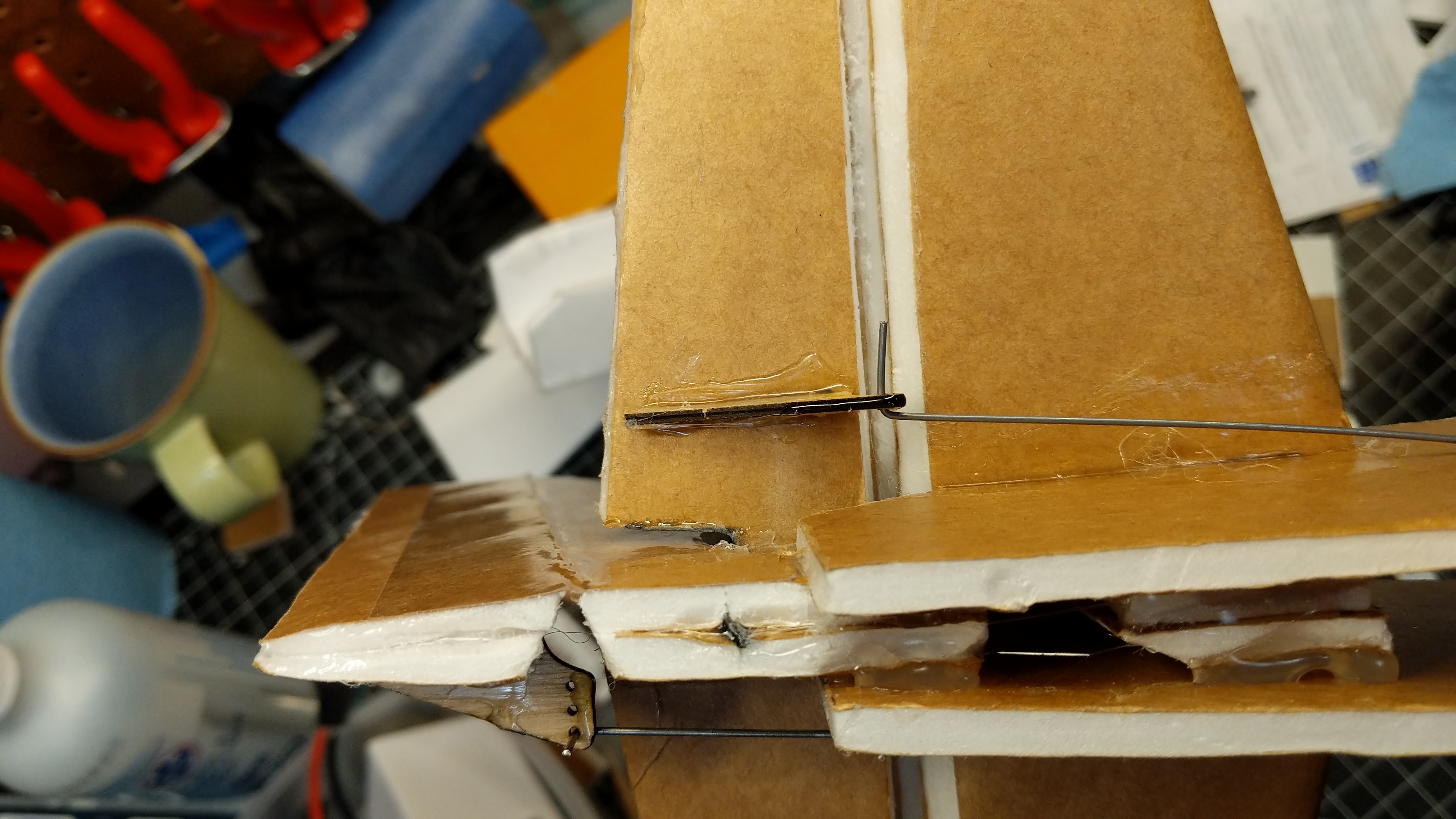 Tail is glued on. I coat the edges of the control horns with epoxy for strength and put a drop of extra thin CA in the holes to keep the wood from wearing out. 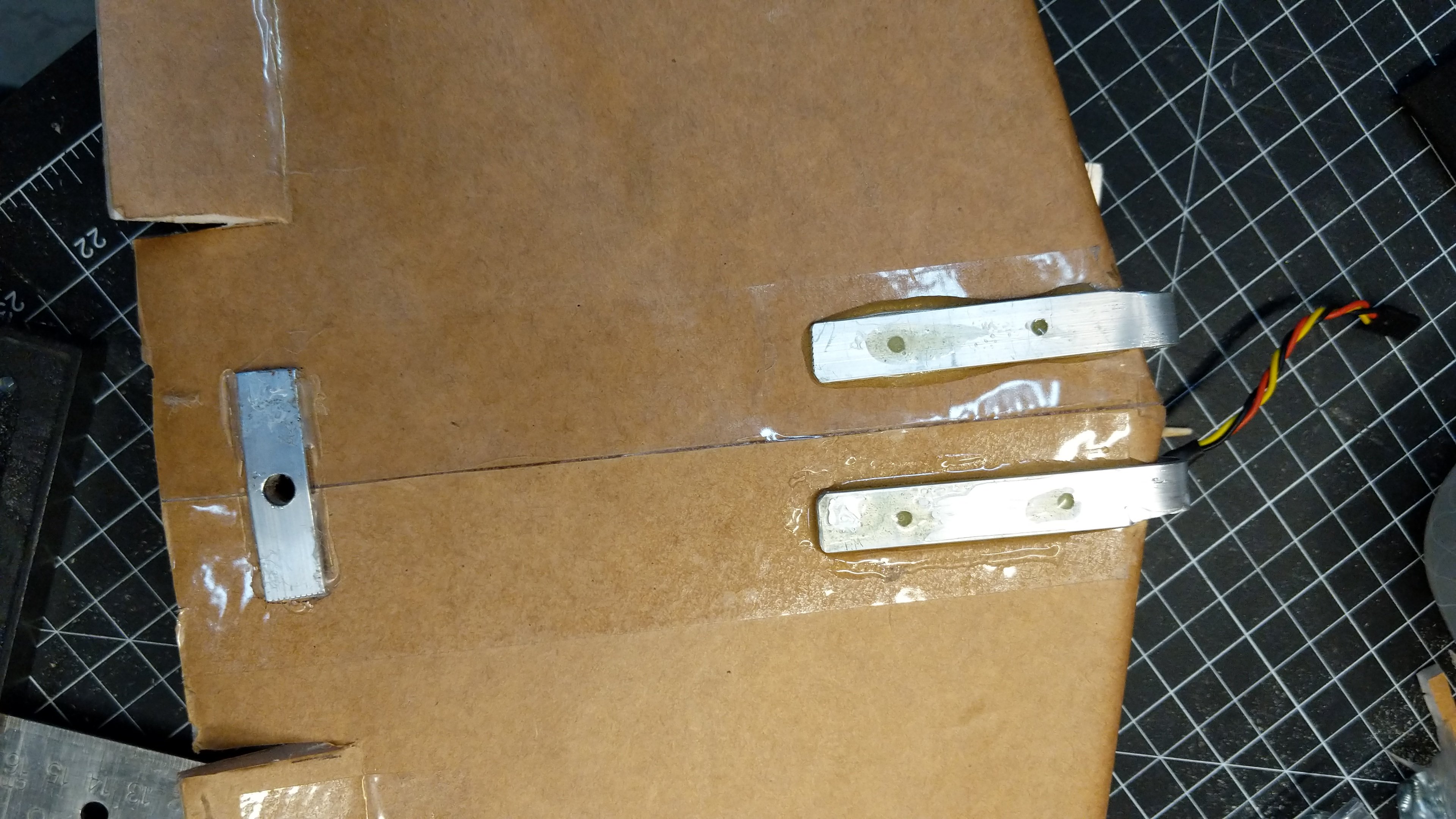 Aluminum hardware is epoxied on the wing to lock it in the fuselage. The epoxy doesn't adhere well to the FT paper and tape, so sections are removed under the aluminum. 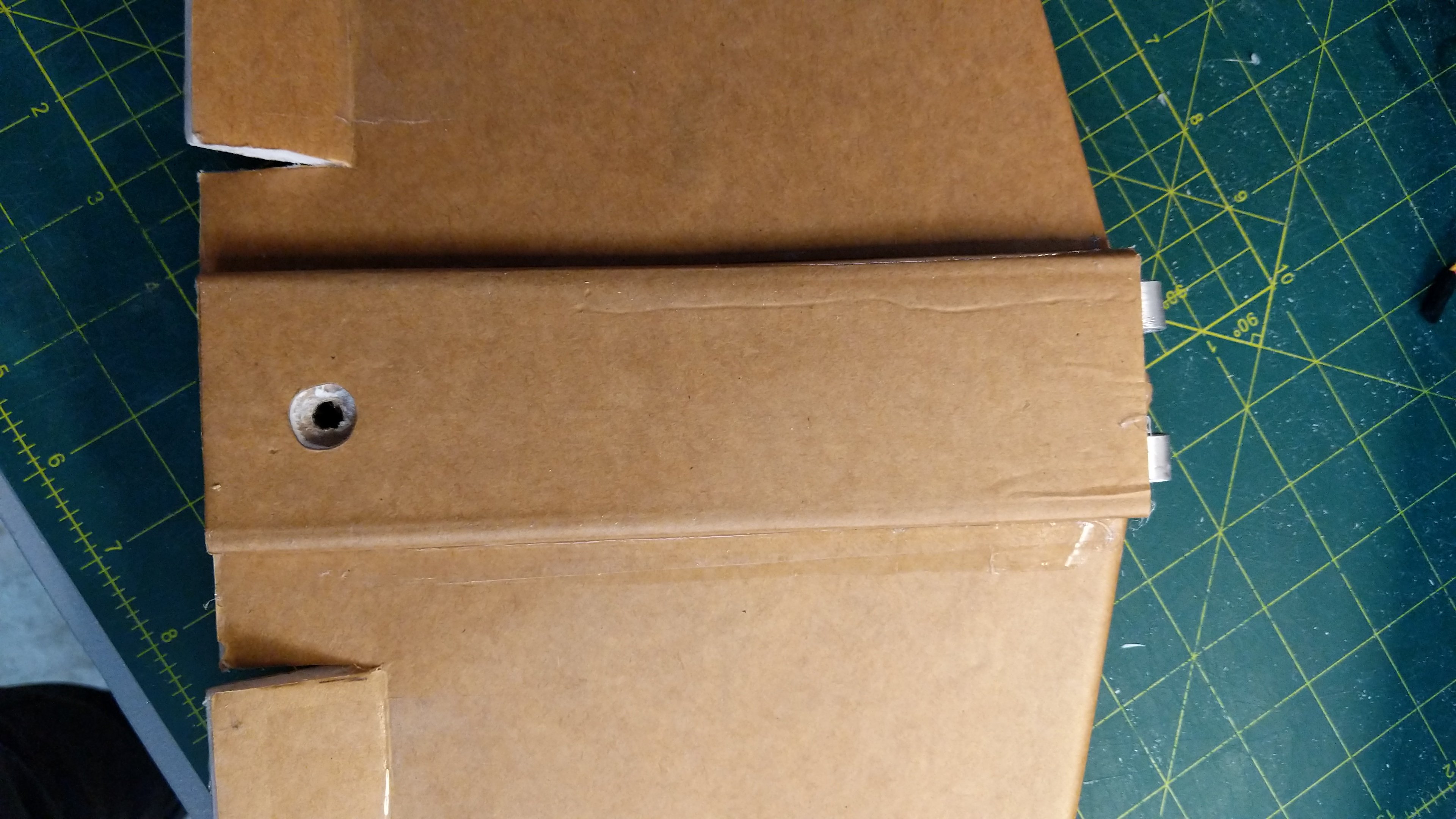 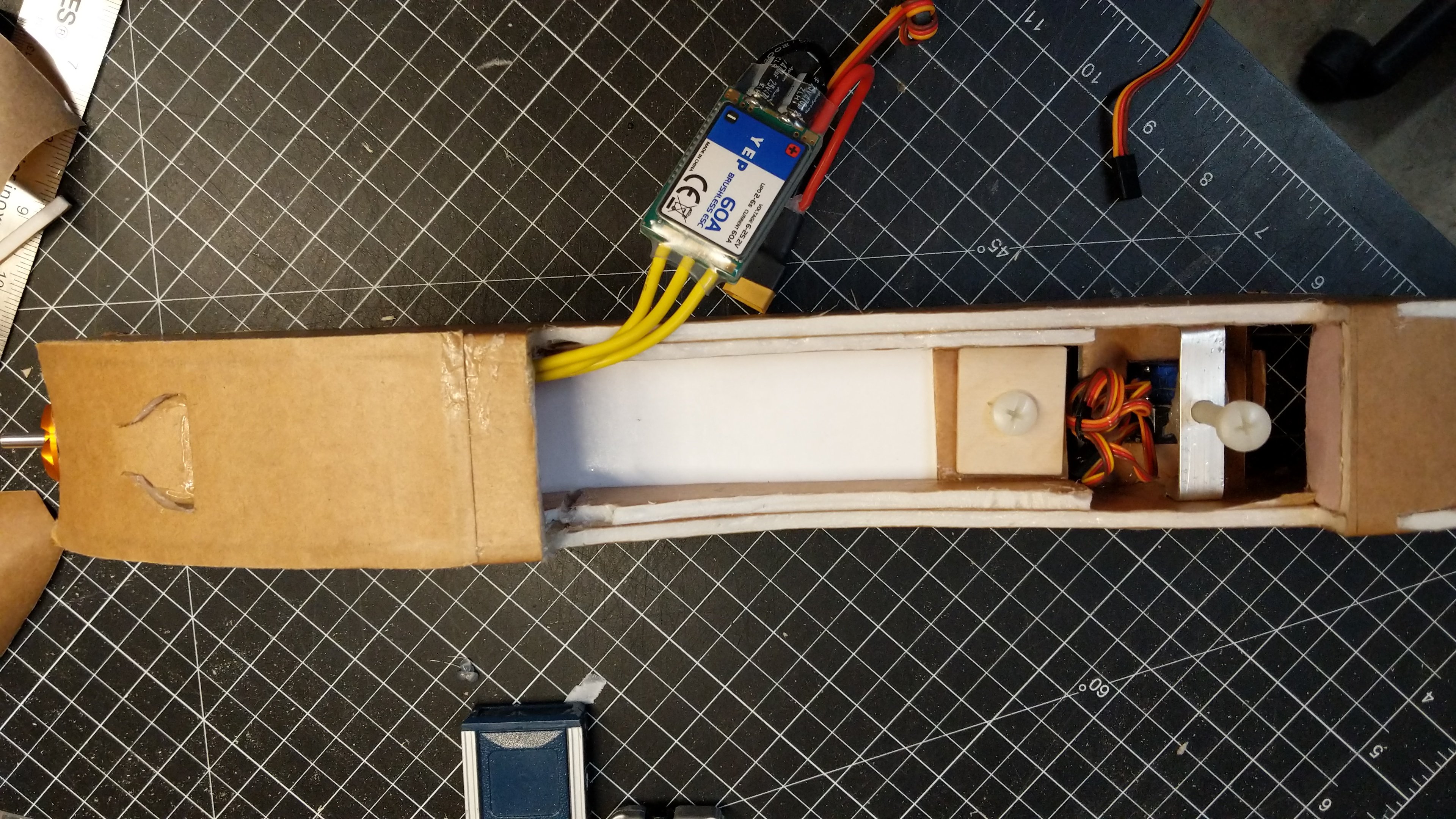 Nose lower skin installed with NACA cooling inlet duct. Here you can see the left screw locking the power pod in (white FB) and the wing bolt to the right. 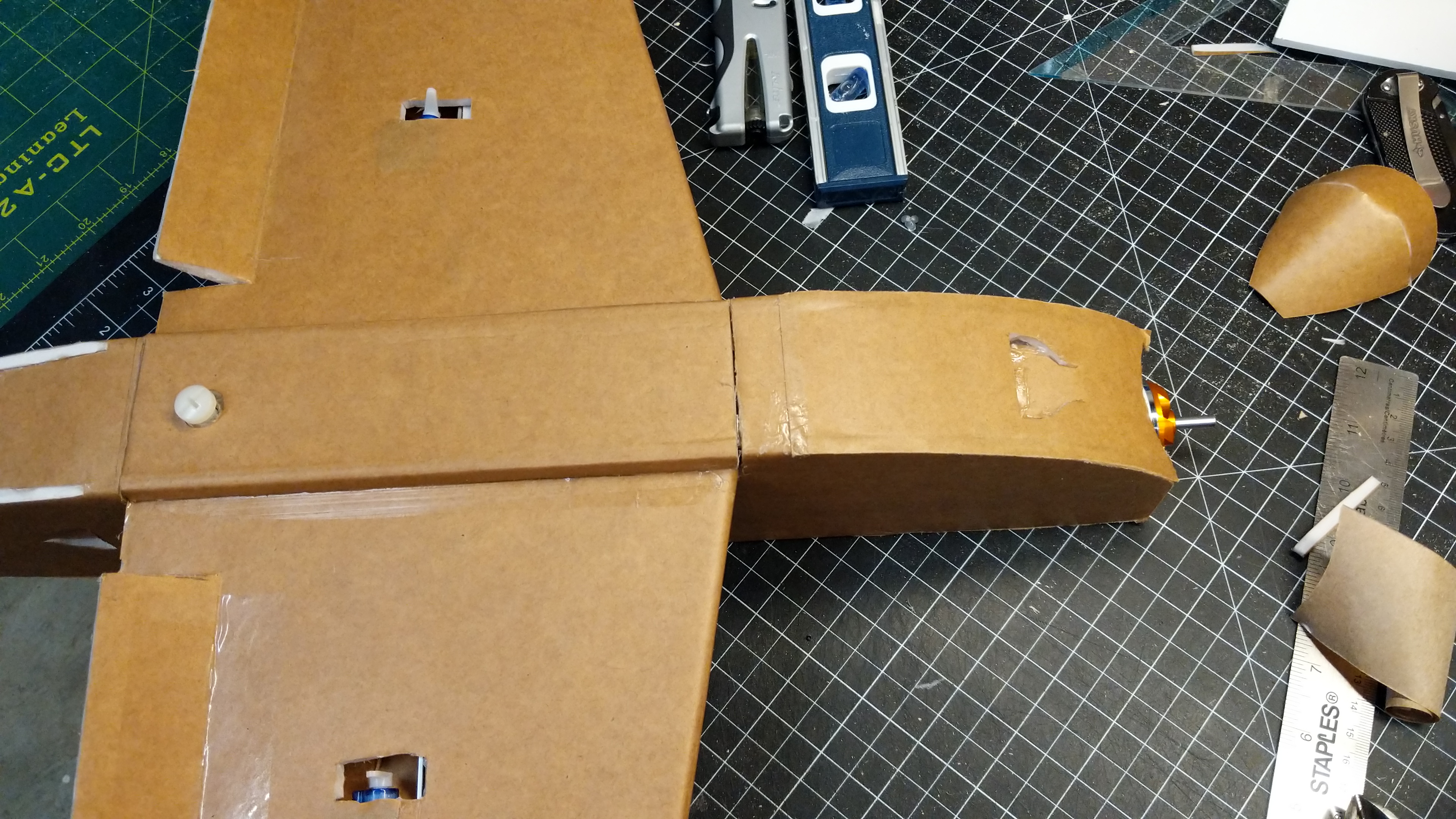 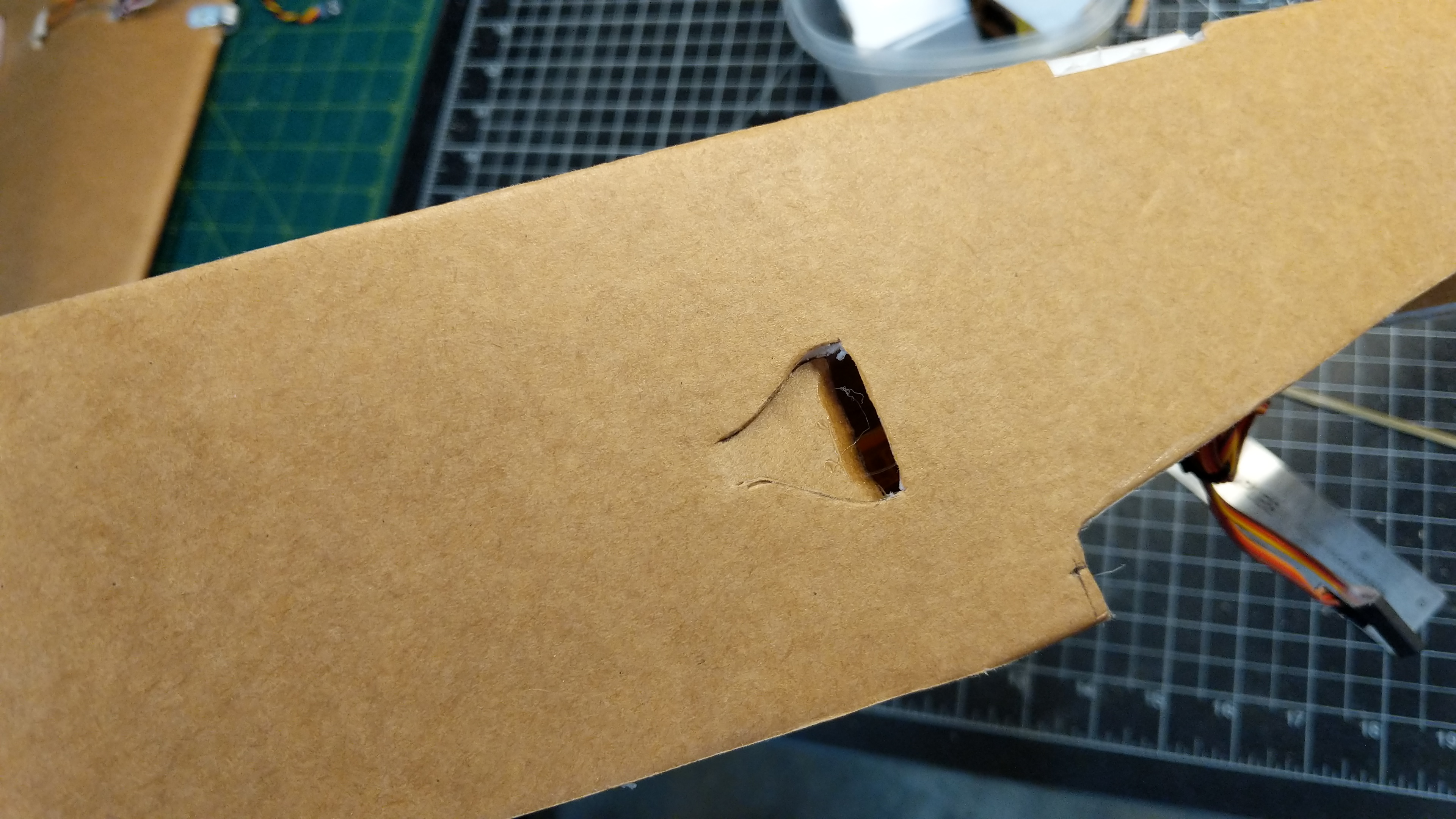 2 small NACA outlet ducts are cut on each side of the fuse just behind the wing.

The radio is programmed with differential ailerons and flaps. I also couldn't resist, ordered a PROPDRIVE v2 3536 1800KV.

Next is making the removable turtle deck and the final touches then it should be ready to fly. I'm thinking of painting before the maiden, not something I usually do. Colour choice will be orange with I'm not sure which secondary colour. Suggestions?

#4
A colour wheel suggests a blue centered around cyan is the complementary colour to orange.

I have a Turnigy 3536 1250kv on my 3d printed mustang and it's very quick. I'd say it would be a better fit for this build. I don't think it turns a 9" prop on 3s without burning up, but I'm overdrawing it with an 8x6 on 4s (throttle management!). A 7x6 is a great fit if you are worried about burning something up.

#6
CarolineTyler said:
A colour wheel suggests a blue centered around cyan is the complementary colour to orange.
Click to expand...
Yes your right blue seems to a common colour with orange. Black and white as well. I'll have to think of some schemes and see what looks best.

I have a Turnigy 3536 1250kv on my 3d printed mustang and it's very quick. I'd say it would be a better fit for this build. I don't think it turns a 9" prop on 3s without burning up, but I'm overdrawing it with an 8x6 on 4s (throttle management!). A 7x6 is a great fit if you are worried about burning something up.
Click to expand...
My Propdrive 2836 is the 2200kv version which I have on my Mustang using a 7x5 prop, been very happy with it. It would work well for this plane but I'd like to keep it in the Mustang.
My Plan was to use the 3536 1250kv with a 8x6 on 4s, but I plan on using that motor on 3s in the Edge when I build it, so I ordered the Propdrive 3536 1800kv for this plane. The plan is to use an 8x6 prop on 4s but I will have to be carefull as my ESC is only 60 amps and this set-up can pull 70. My esc can handle 80 amp bursts for 10 sec and it should have decent airflow and with the fields that I fly at I can't imagine I'll fly full power more than 5 seconds.

It was fast though...

It was fast though...
Click to expand...
Guess I may be overdoing it then eh? I read about it using a 9x6 on 3s so I figured an 8x6 might be ok on 4s. I can always go down to a 7x6 as I don't have many 3s options that can provide those kind of amps. I'll test it out with the thrust stand and see what motor/prop options that work

#14
So the Propdrive 3536-1800 came yesterday and I ran a few amp tests. I have a DIY thrust test stand, but I need to do some work on it before I feel comfortable putting this beast on it. Testing is done with 4S and a YEP 60Amp ESC that can do 80 Amp bursts for 10 seconds.

After running the 7x5.5 prop the motor got a bit warm and stayed cool with the 7x4 prop. With flying amps being lower than static amps I think I should be fine with the 7x5.5, I just need to be cautious until I get a new ESC.

I have a 7x5 Master airscrew that I use on my Mustang Propdrive 2836 2200KV that I wanted to try but it seems I glued the adapter ring to the prop. I have an TGS 7x6 but the blades on it are huge and its obvious that will far exceed the ESC. I also have 2 1300mah 75c 3s batterys that I could try with my 8" props but I don't think I would fly with this set-up as the flight times would be too short.

#17
Chuppster said:
Hmm. You may be at a higher altitude than me. My 3536 1250 pulls 30 amps with an 8x4.5 on 3s.
Click to expand...
I'm at sea level, 5 minutes from the ocean actually. That motor is rated for 34 amps and i definitely am over some, but not much. I've probably run 24 packs with that set-up with no problems. Actually its my son that usually fly's it and he usually is full throttle most of the time.
I think on that plane I can fly it with the watt meter hooked up, I'll try it next time and see what it shows.

#19
Sero said:
Just came across this, that was on 4s.
Click to expand...
By golly, you're right! I believe those were all APC props, the measurements my students took used Slow Fly and other types. So, I guess propeller style makes a huge difference!

#20
Canopy is done! Need to do the turtle deck, wing linkage, wingtip fences and a few small details. Then paint, I think I'm going with orange and grey. 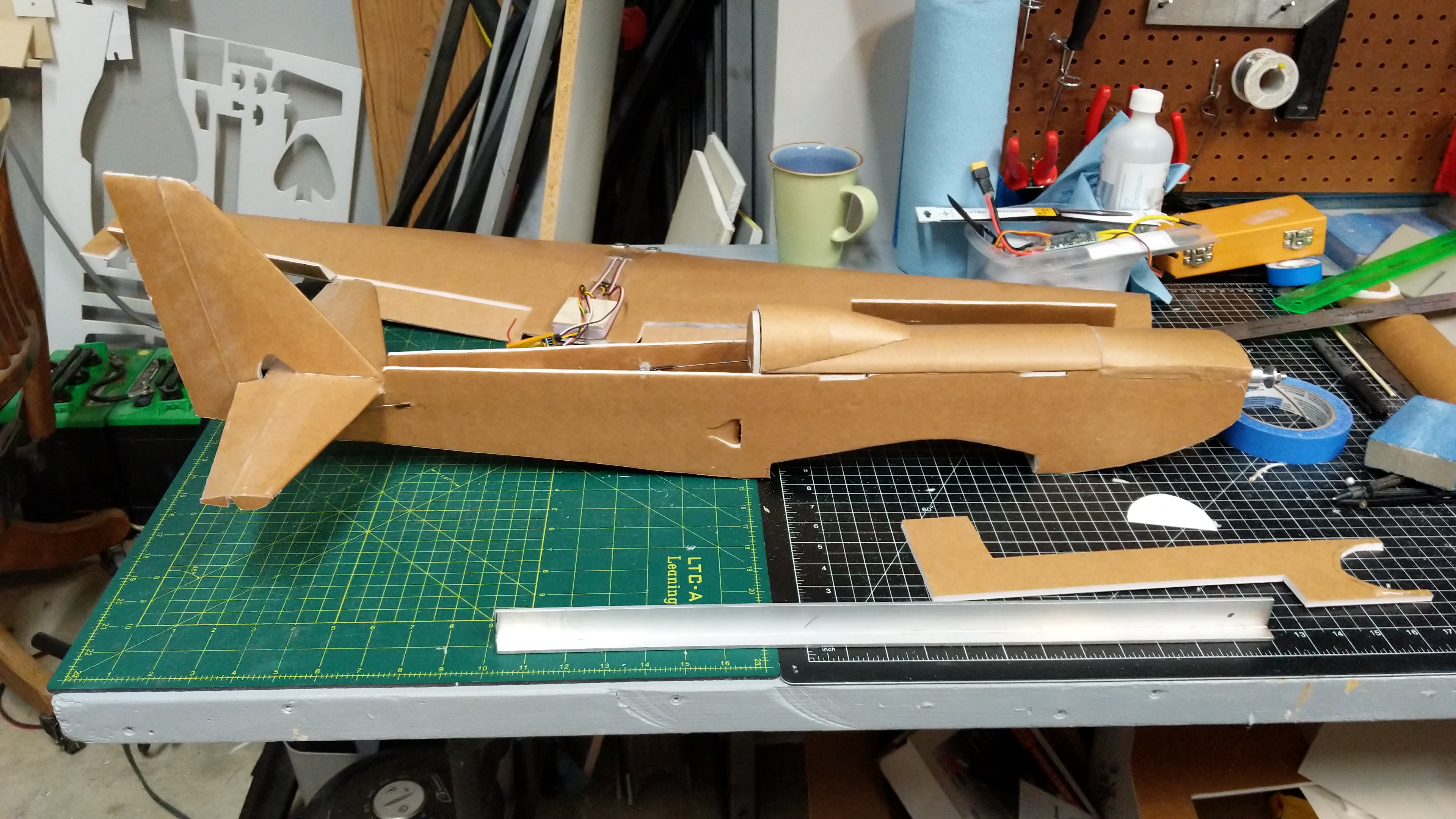 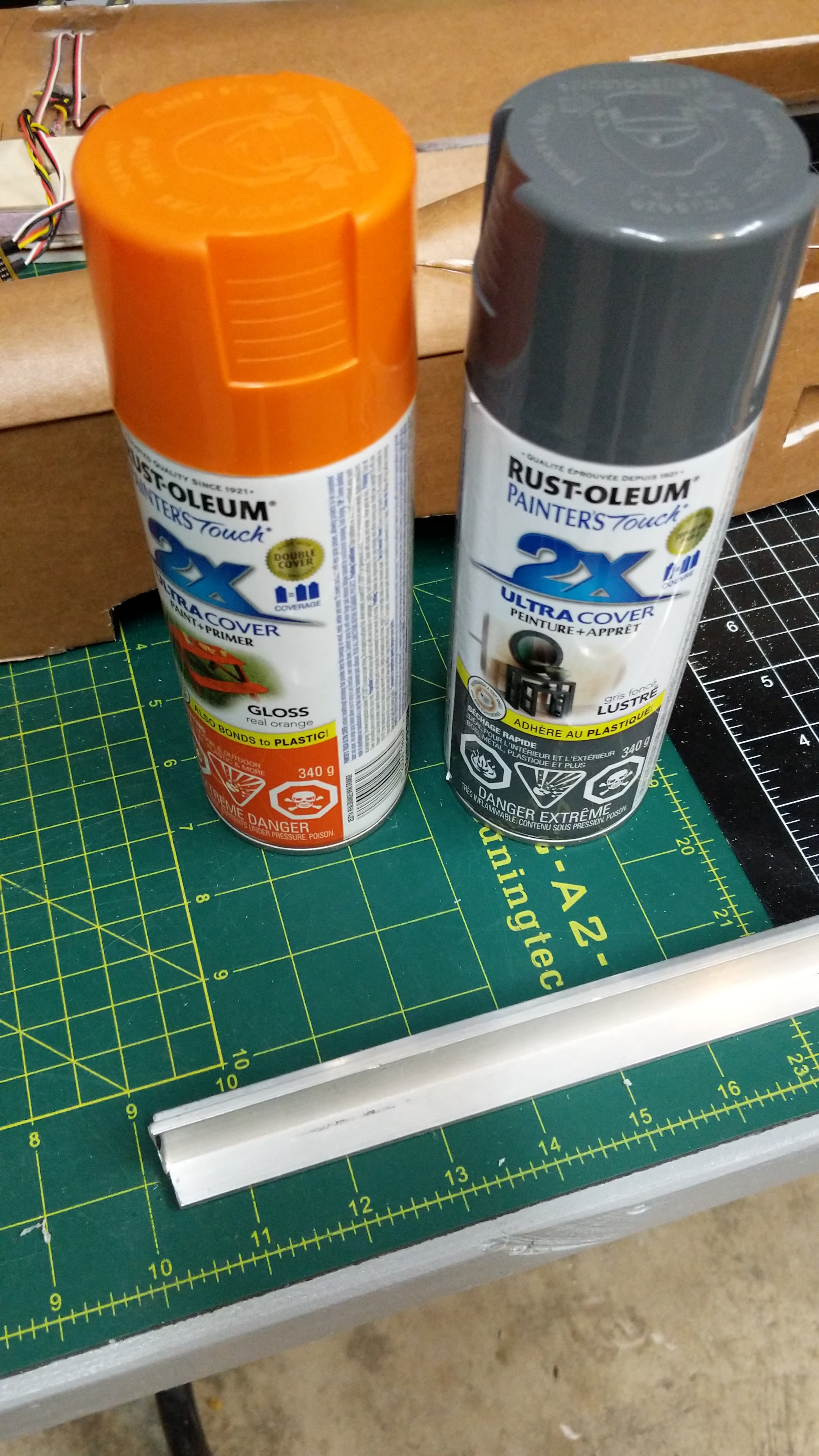