#1
I've been catching up on flite test content for the past couple of months and they have inspired me to get into the hobby of fixed wing flight (and probably drones next year.) After buying two second hand planes (horizon duet & super cub) and real flight simulator 8 I finally felt confident enough to do a scratch build.

I chose to build the Versa Wing and after 2 watches of the build video I got it to look half way decent. Next I bought the necessary electronics and thanks to the awesome beginner series I was able to connect it all, center the servos, and rev the motor first try. I will install everything this weekend and hope for my maiden to go off without a hitch.

After reading a few articles and posts I have to say I am really impressed by the positivity and wealth of knowledge in this community. I look forward to learning from you wonderful people and celebrating the hobby we all loved! 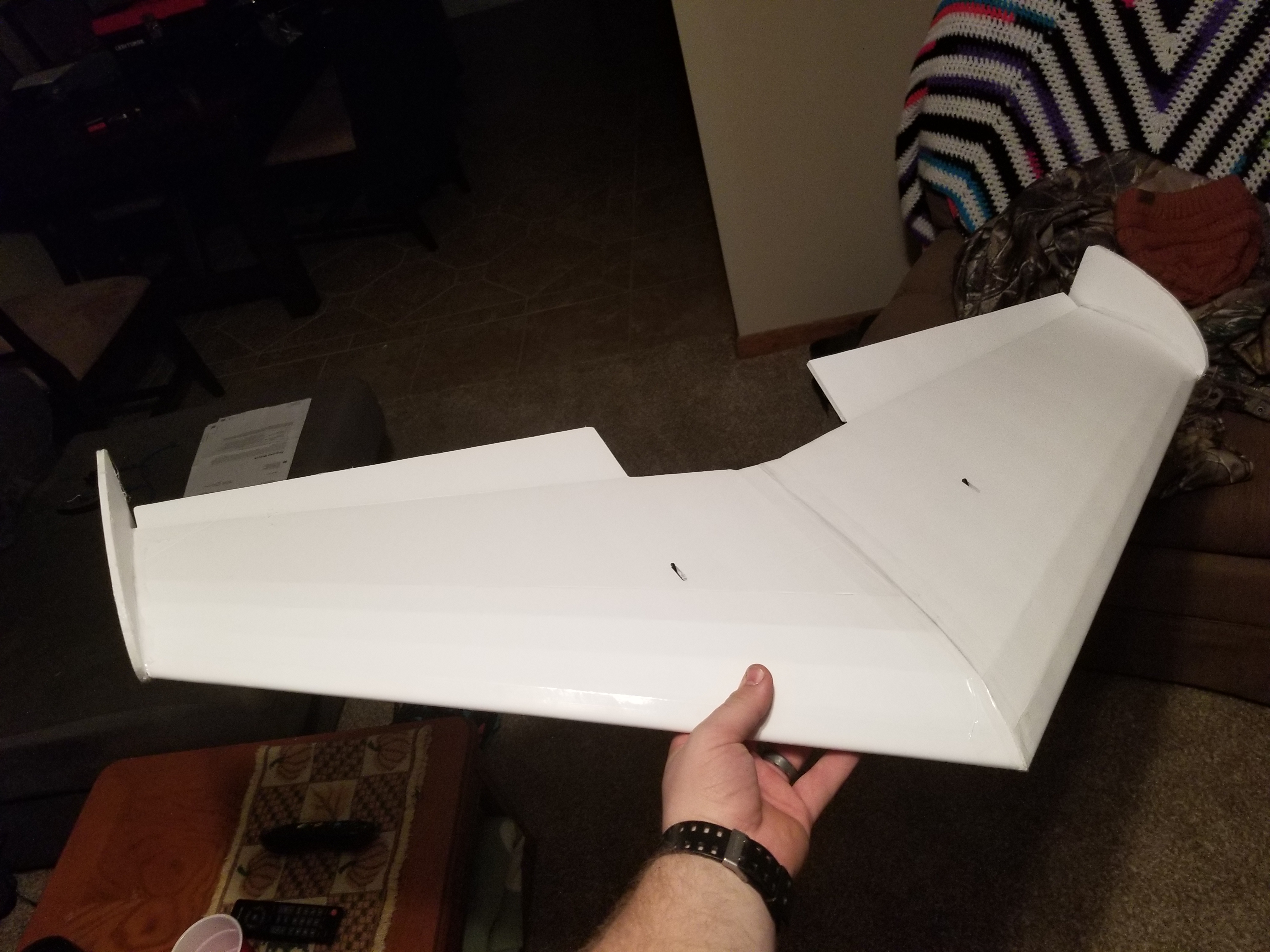 #2
Great looking plane! The Versa is one of my favorites. It can fly very fast or very slow depending on how you set it up.

#3
Welcome to the forums Alexander!! You did a great job on the versa. I wish you good luck with your maiden. Speaking of maidens, when you do maiden her try and get a video so if the unfortunate happens we can see what happened and try to diagnose the problem, or if it flies we can all cheer with you

#4
Great idea, and I certainly will!

#5
Welcome aboard Alexander!!!
Definitely get video. It's one of the best diagnostic tools available to Forum!
This is the BEST Group of Guys you'll find anywhere!! To say they've helped me, would be an understatement.

Good looking Versa! Very clean build. I've avoided Wings, but that one may change my mind. It might be the Winglets, that should help with Yaw. Can't wait to see her Fly!!
M

#6
PoorManRC said:
It might be the Winglets, that should help with Yaw.
Click to expand...
The Versa will fly without winglets, it will have quite a bit waggle. The winglets will reduce the unwanted yaw. I also give them a bit of toe in. Take about 1/8 inch off the front of each side.

#7
Hello, and welcome. Nice looking build, I haven’t built one but it seems to be a nice flyer.

#8
I killed my first Versa... but it taught me some valuable lessons. Anyone here who has flown a Versa in pusher conversion knows that it requires quite a lot of front ballast. So I pulled my electronics as far forward as I could. 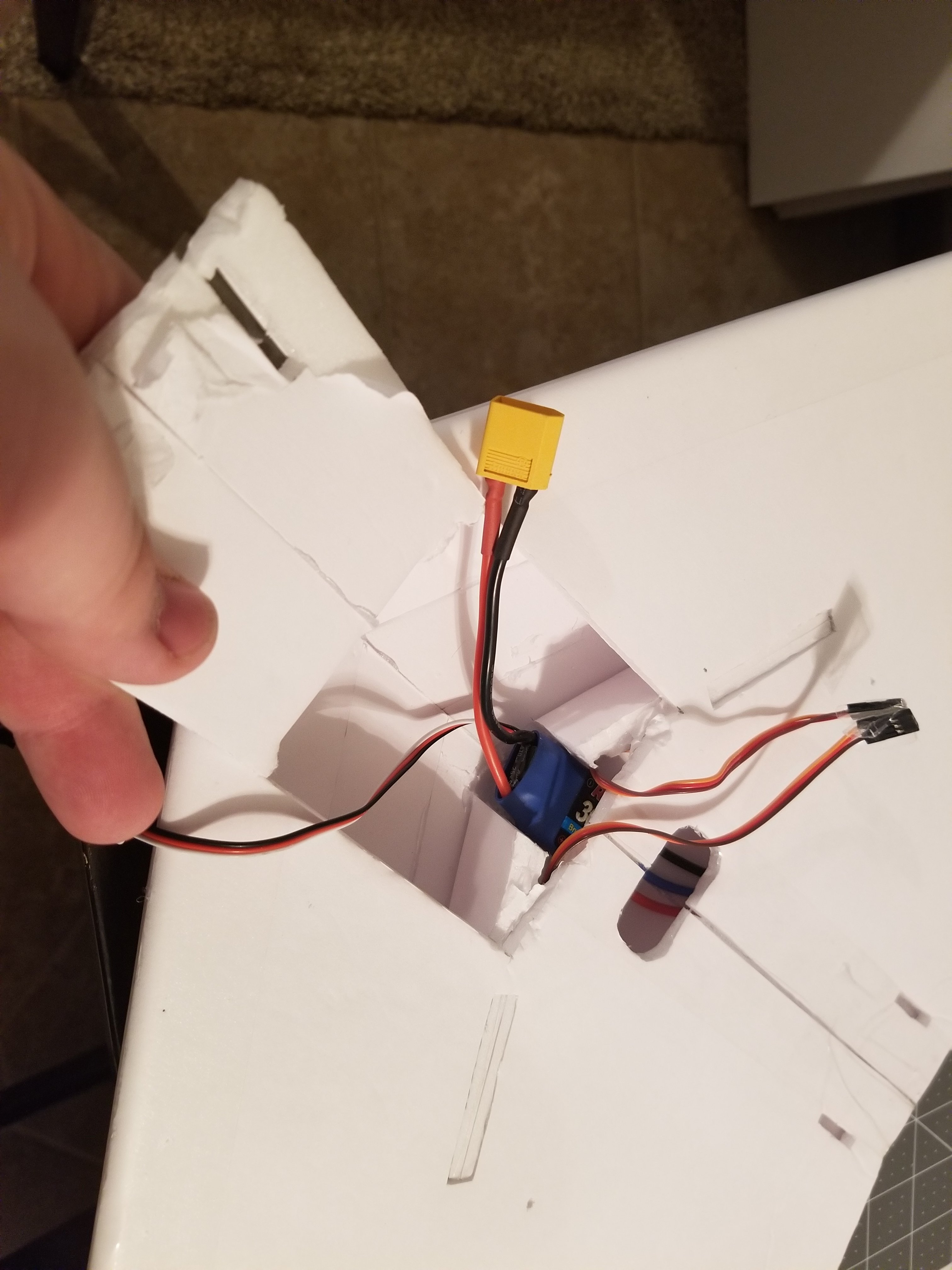 But after I slapped my, probably too big, Turnigy motor on and a battery there still wasn't enough in the nose by a long shot.

I was excited to fly so I scrambled to find some chunks of metal to throw in the front of the wings for ballast. (Here's where I started cutting corners) The wing was already taped 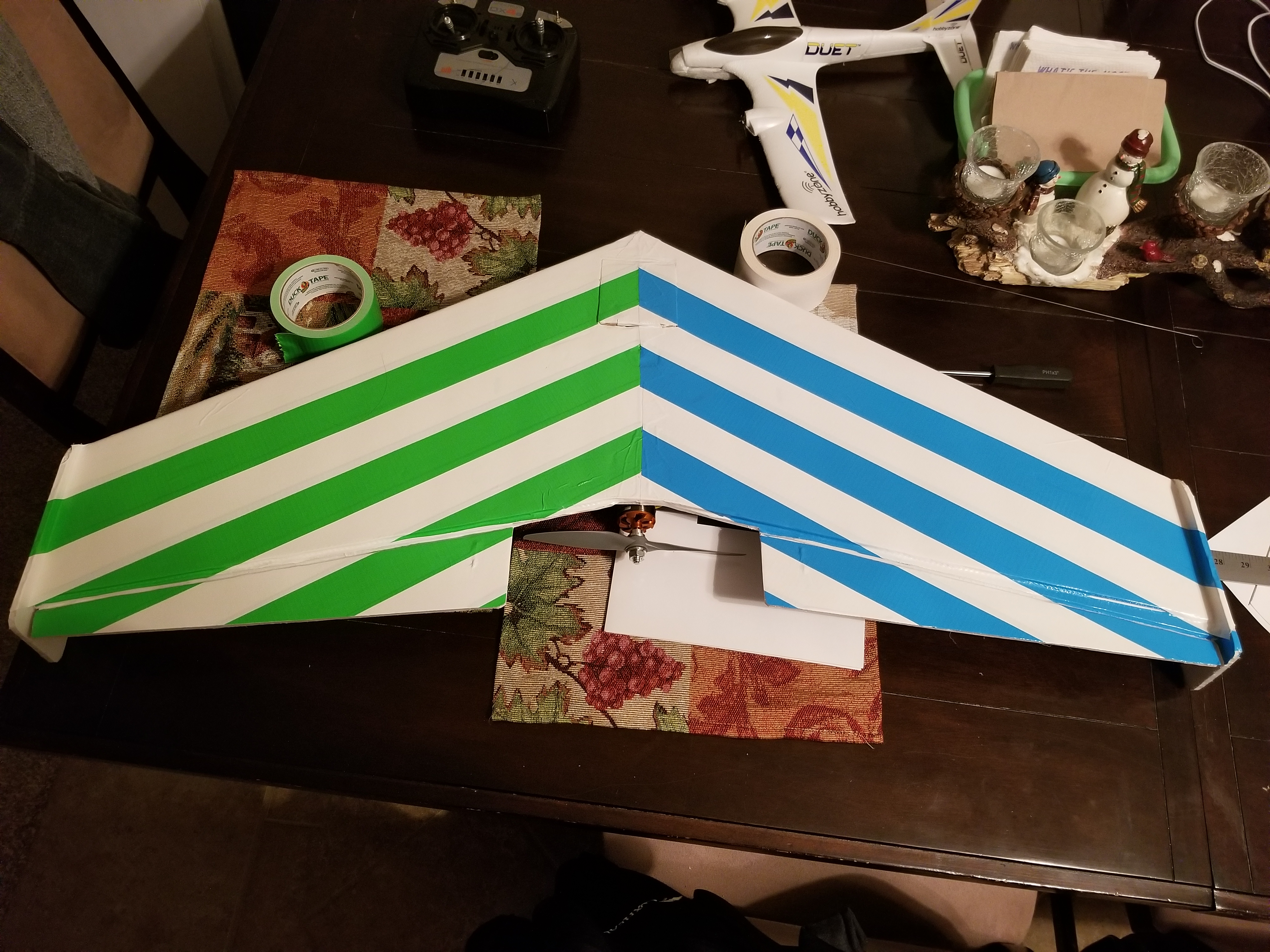 and I have sausage fingers so I gorilla glued the metal on the inside of the wing and prayed.

Then my first attempt...

After two nose dives I began to notice my ailerons had chop marks from the prop which lead me to investigate my motor mount. Dun dun dun...

I had done exactly what Josh Bixler said not to do, I glued the firewall to paper, and it gave, duuuhh. So I glued the mount onto FOAM this time and fixed my diced ailerons and back into the air.

My third flight went much better and my brother in law filming was able get this one badass frame right after launch.

It was twitchy but flew fast and solid. (Then my corner cutting hit me hard)

I was getting comfortable enough to do some aerobatics about 2 minutes in (felt like 10 minutes because my heart was pumping so hard) and one of my weights, that I glued just to paper, dislodged and put my wing in an uncontrollable backspin. So i learned a valuable lesson with this first wing. Don't glue heavy crap to PAPER. Lol

With that in mind, I rebuilt. 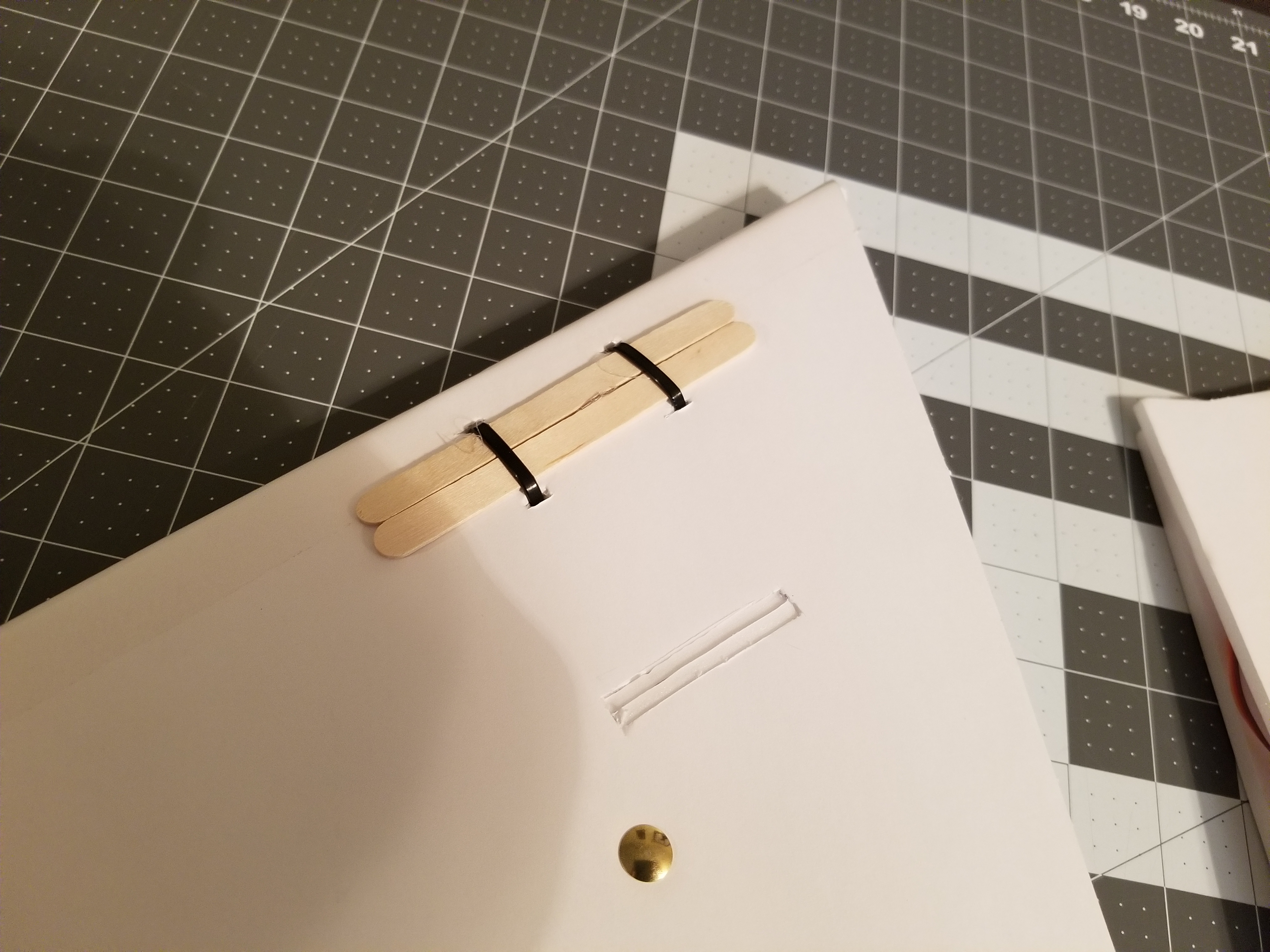 I reinforced and zip tied where I wanted the ballast 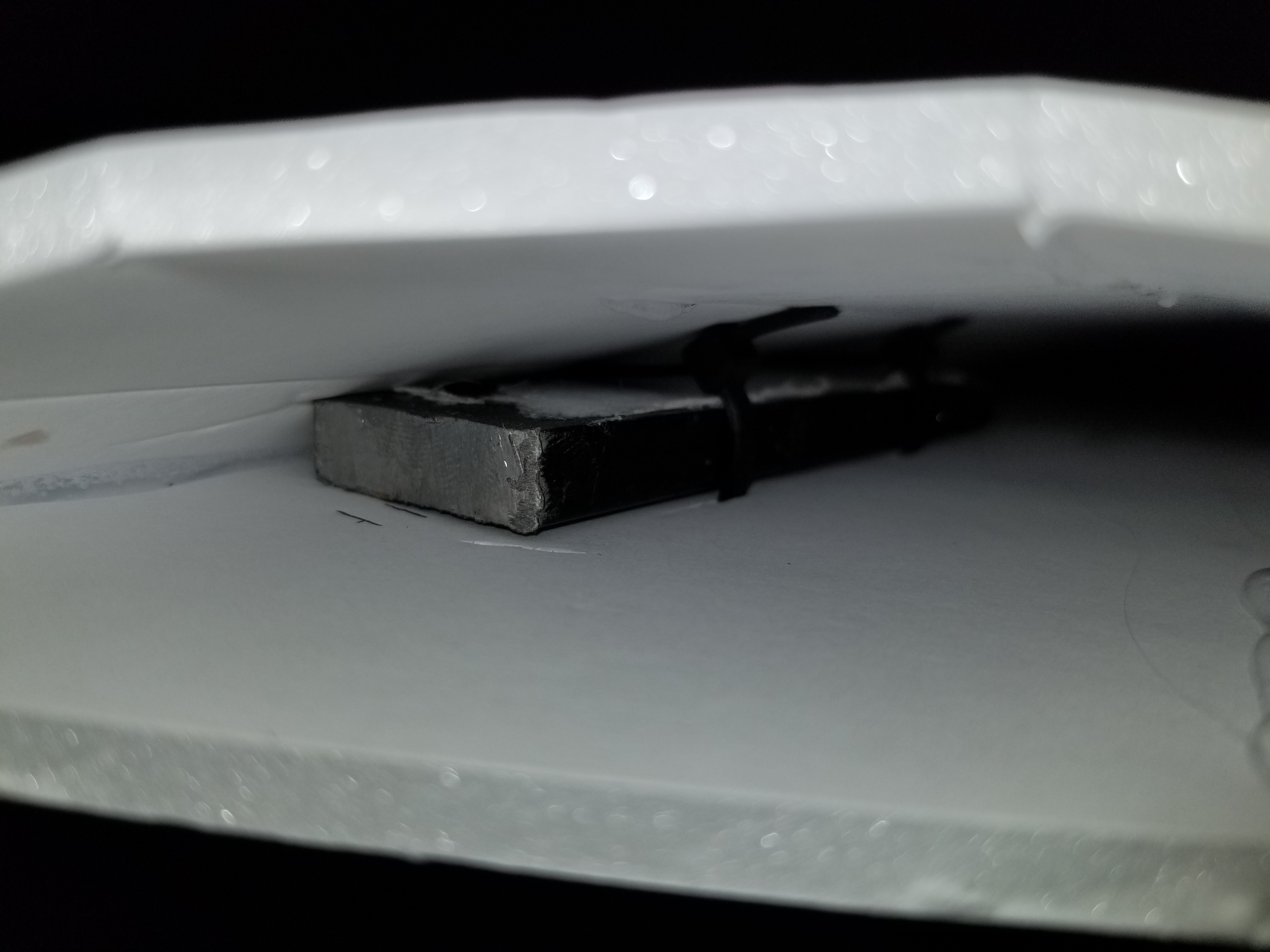 Then I glued and zip tied that sucker in there before I folded the wing over. I also made some bigger and more easy to replicate fins for better yaw stability 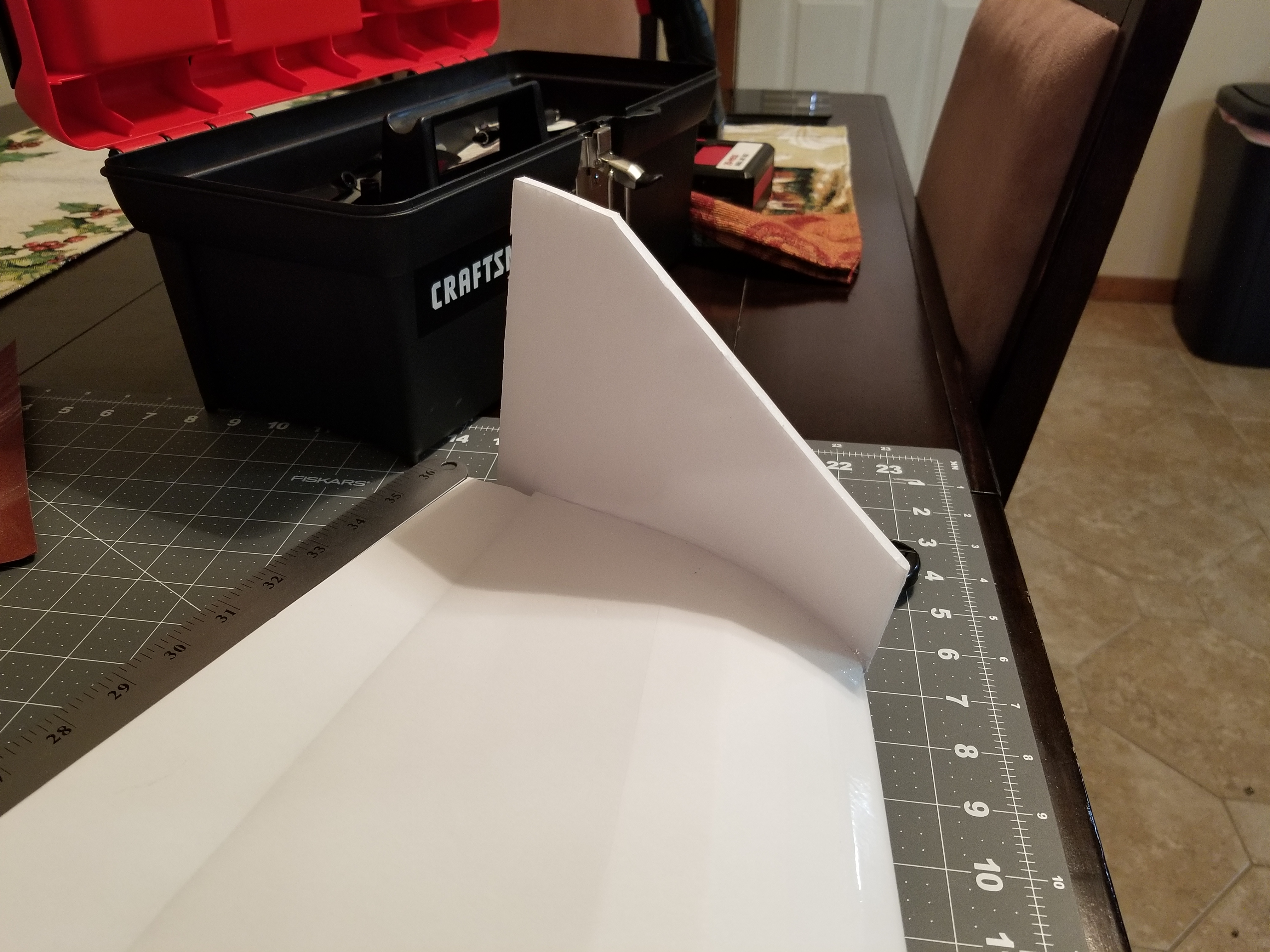 And now I'm getting ready for duck tape treatment again 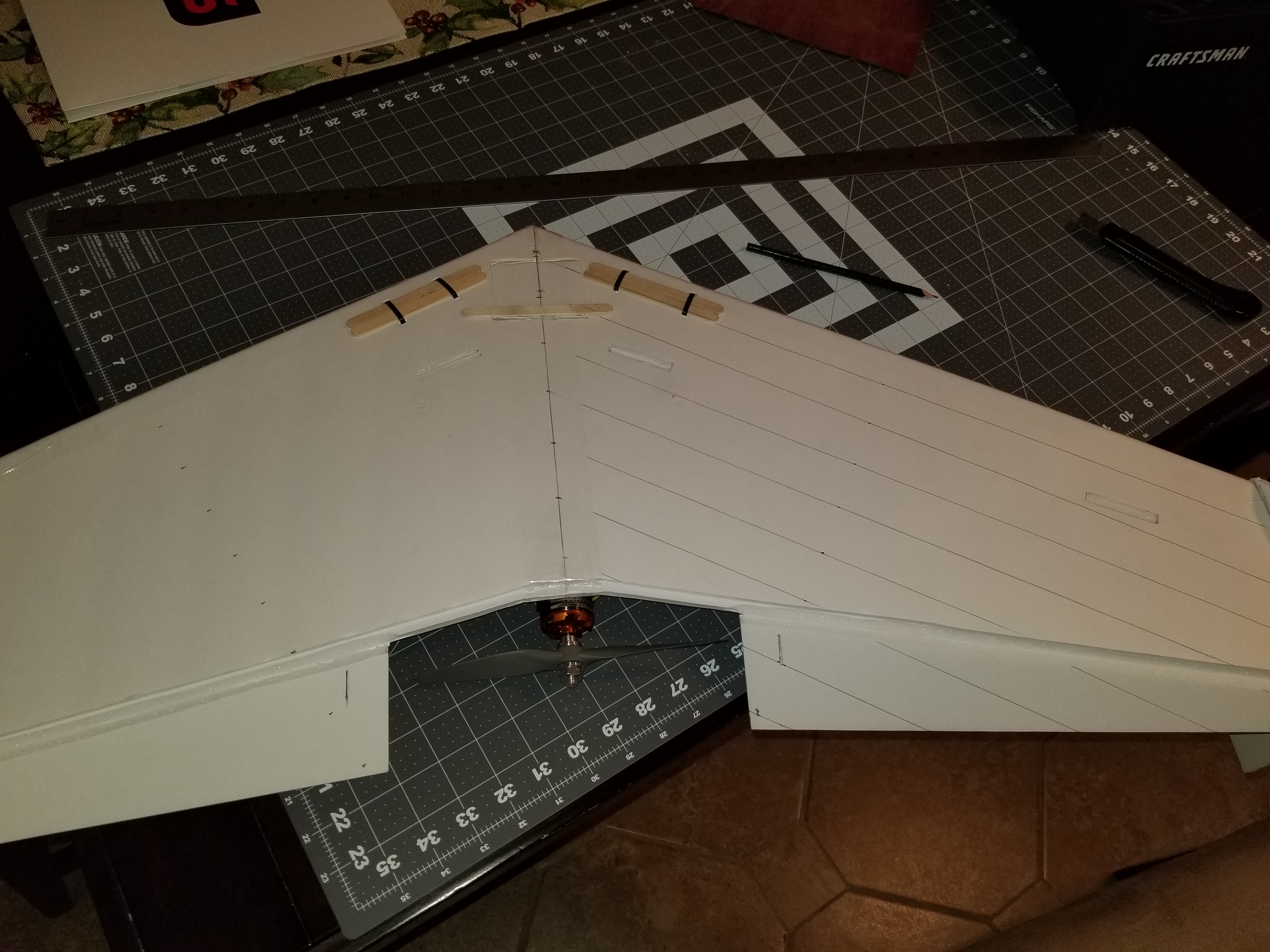 If any of you are still reading at this point, I'm using a DX4e transmitter and I was wondering if there's any way to dial in some expo on it? If not I'll probably get another transmitter in a month but I wanted to know if I could make this one work better with a wing. Thank you for reading!
M

#9
I also have a large motor on my Versa. Instead of adding nose weight, I cut out part of the wing and moved my motor forward about 3 inches.
Last edited: Nov 25, 2018

#10
I saw that the ft arrow seems to do that as well. Versa MkIII will more than likely have that feature. And I looked up how to program my transmitter for expo so that should help A LOT.

#11
I too put a big motor on my Versa, but what I did was cut the aft center of the rear fuselage out (kind of like the Arrow) to get the motor closer to the CG. Took some reinforcement but it worked pretty well! I recommend it if you're feeling adventurous.

#12
Alexander Carter said:
With that in mind, I rebuilt.
Click to expand...
You've just learned the most important lesson in this hobby! Build, Fly, Crash, REPEAT!

Welcome to the community and solid looking builds!

#13
Built a work bench this weekend because the weather doesn't want me to fly. I'll start bracing it tomorrow and my plane cave is finally taking shape. My wife is quite happy I won't be using the dining room table for cutting foam anymore lol. 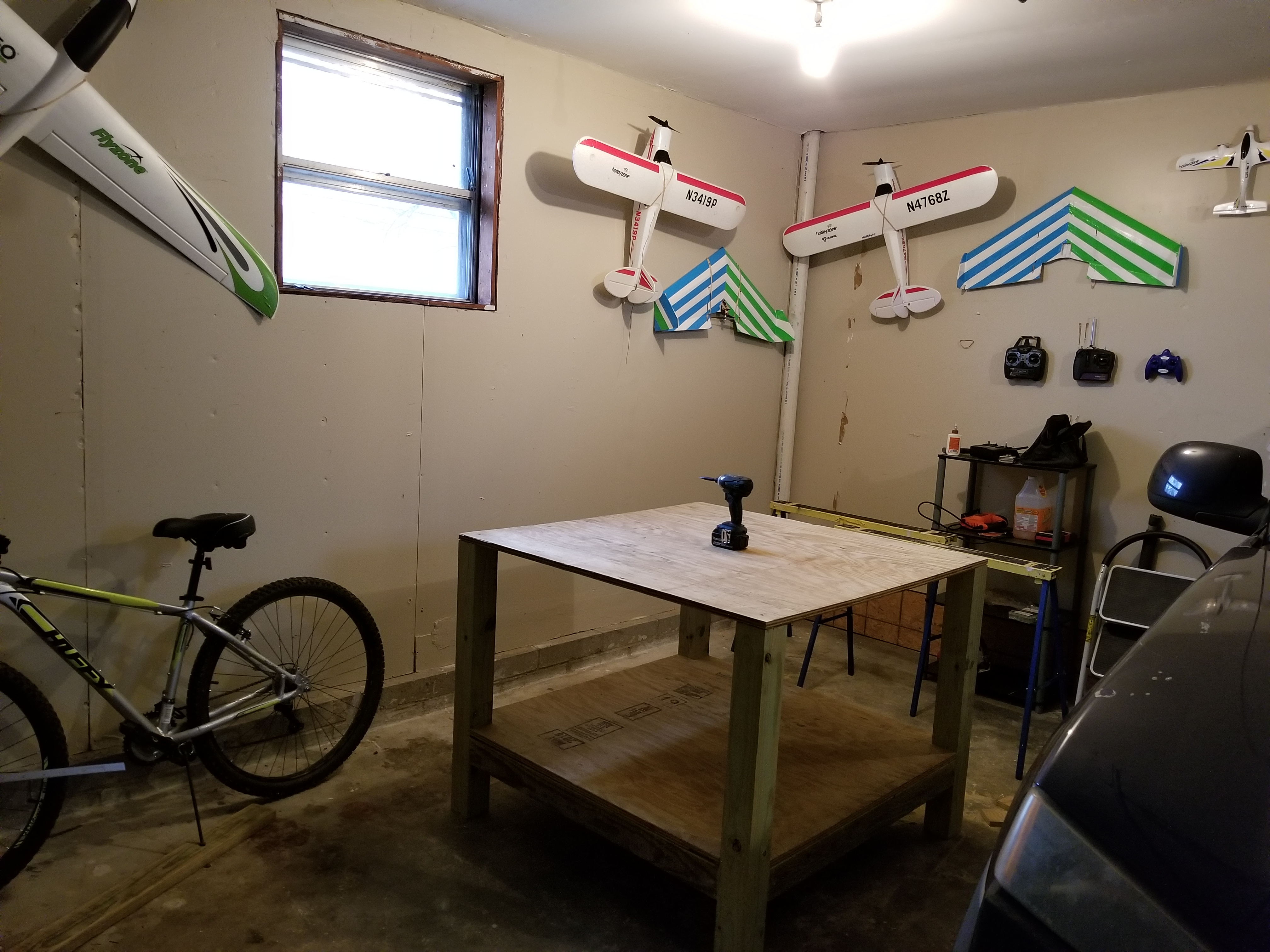