#21
Reading all, I have just for fun check (researched) out all models that would fit this plane, I found none. Most of my research told me to look at UK designs as they best fit this type of construction. You got a winner, fly it and enjoy it.

#22
mrjdstewart said:
I was given this beauty a few weeks ago for helping out another club work on their field. the prior owner has no idea except that it is old (he is 85+) and i have not had any luck with getting an identification. i would like to get it back in the air but would like to gather as much info as possible before i attempt it.

any help is appreciated.

pretty sure it was a gasser that got converted at some point but who knows.

me
Click to expand...
The tail section looks very similar to an Acro - Wot, so it could well be a composite build rather than an original plane
It does look a lot like a very late 90's/early 2000's British sportster.

#23
My guess is scratch built extreme ELECTRIC 3D acro from the 2000's USA. SEE if an Aa battery fits in the bay above the wing, would be 6 or 7 there if true. Hobby shack / tower hobbies if not scratch built. Other battery place is in the wing bay pointing up
Last edited: Apr 10, 2019

#26
Nice find. So it's not that old and an electric ARF. Interesting to read about it.

me
Click to expand...
No problem. I was on the 1/2a forums on RC groups and it was on one of the threads where someone converted it to glow power

#29
well, i finally pulled her off the wall and decided to do the conversion.

i used the motor that i had been using in my FT Edge that was WAY too much power. after pulling the brick of a brushed motor off the front i knew i was going to need some weight so this just kinda made sense. i flew this setup on 4S w/o issues, on 3S it's gonna be a cakewalk.

current set-up is as follows;

i designed and 3D printed a motor mount that kept the length almost identical to the original brushed motor. 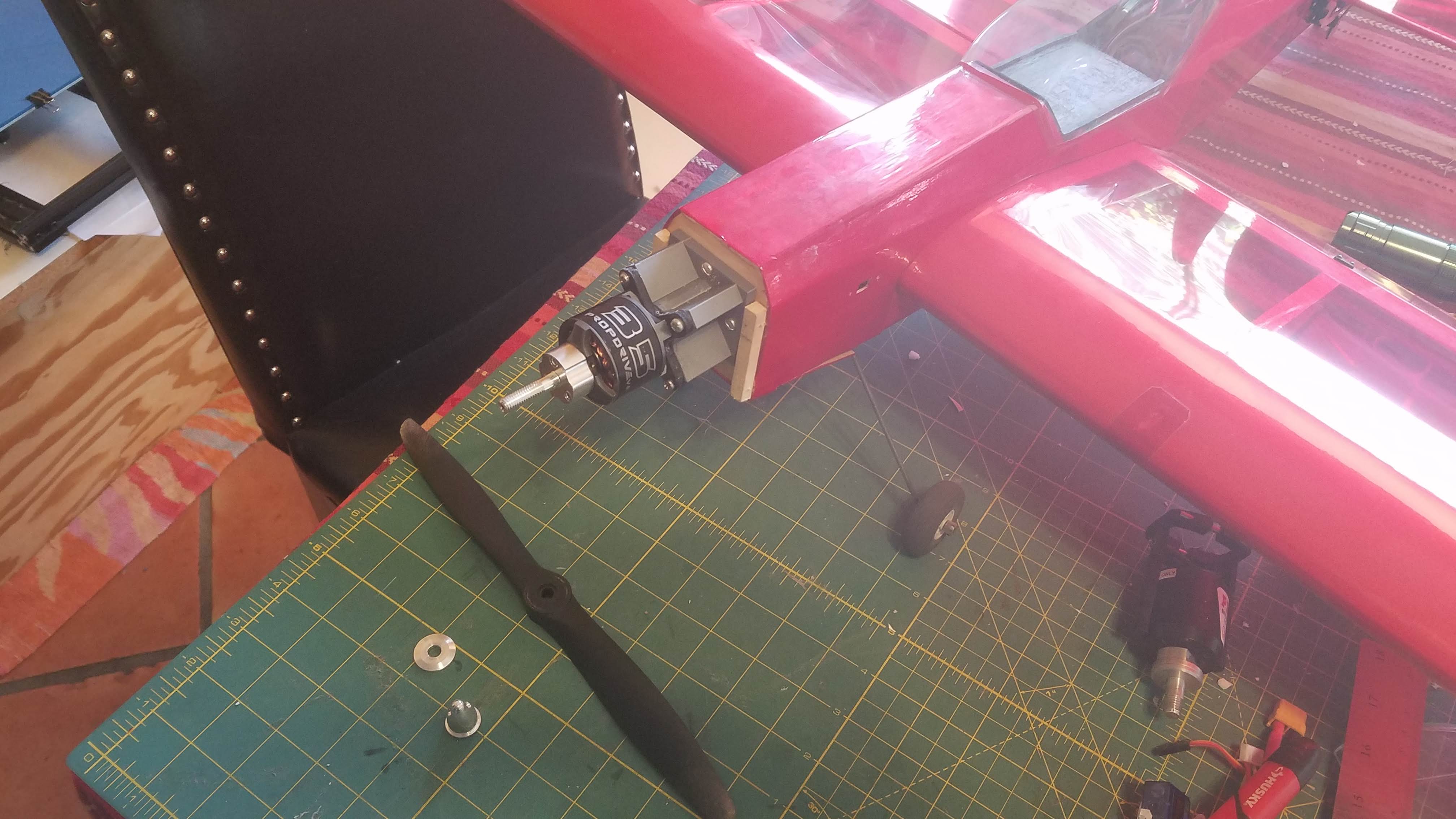 i spun the ESC around so that i had easier access to plug in the battery once the wing was mounted. this made the esc and battery wires line up. 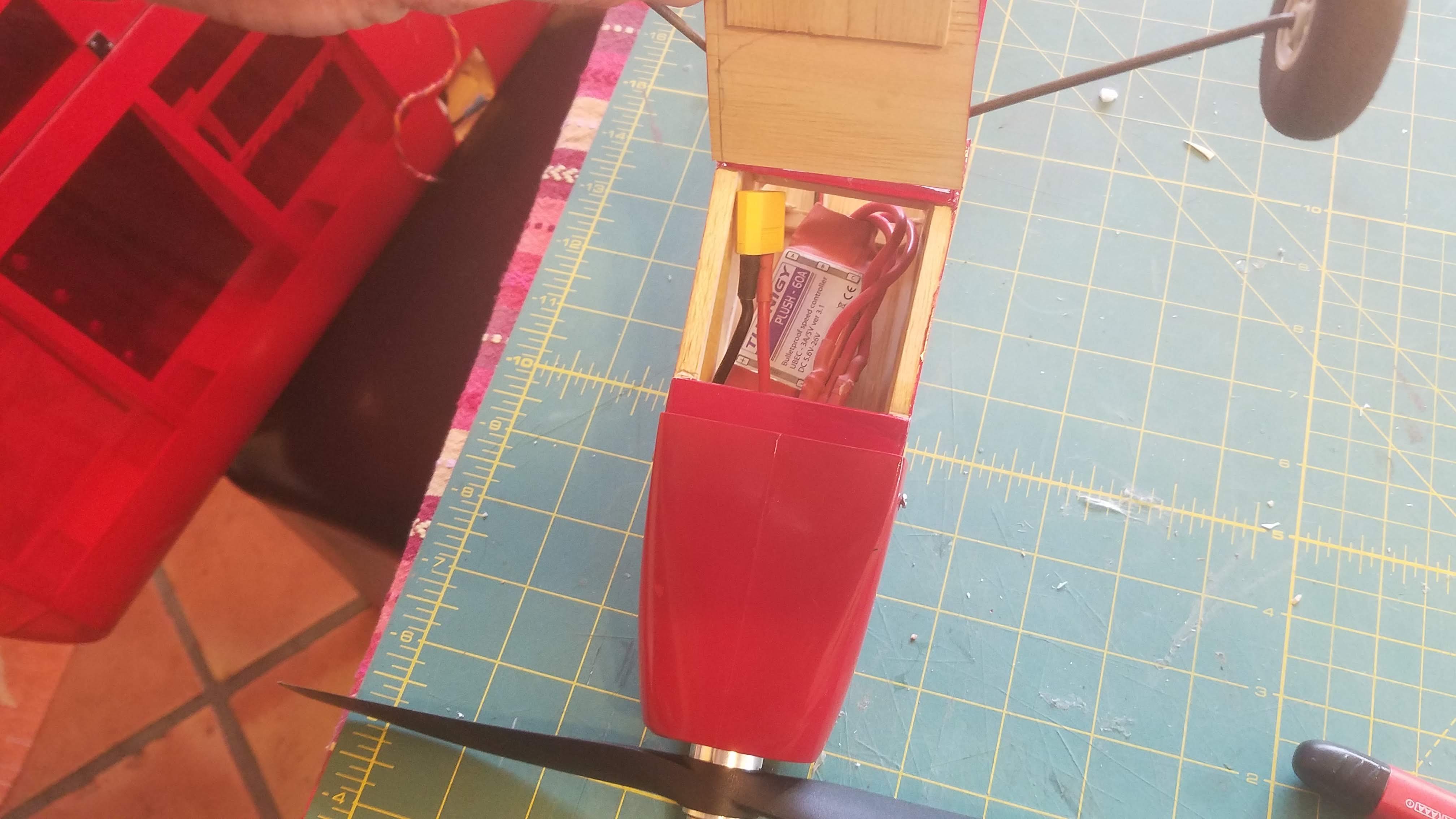 i was originally going to use a 1000mah battery but was able to stuff a 1300 instead. i knew that i was going to be putting very little stress on the motor and esc so a little more weight for a little more security is a trade i will make every day. 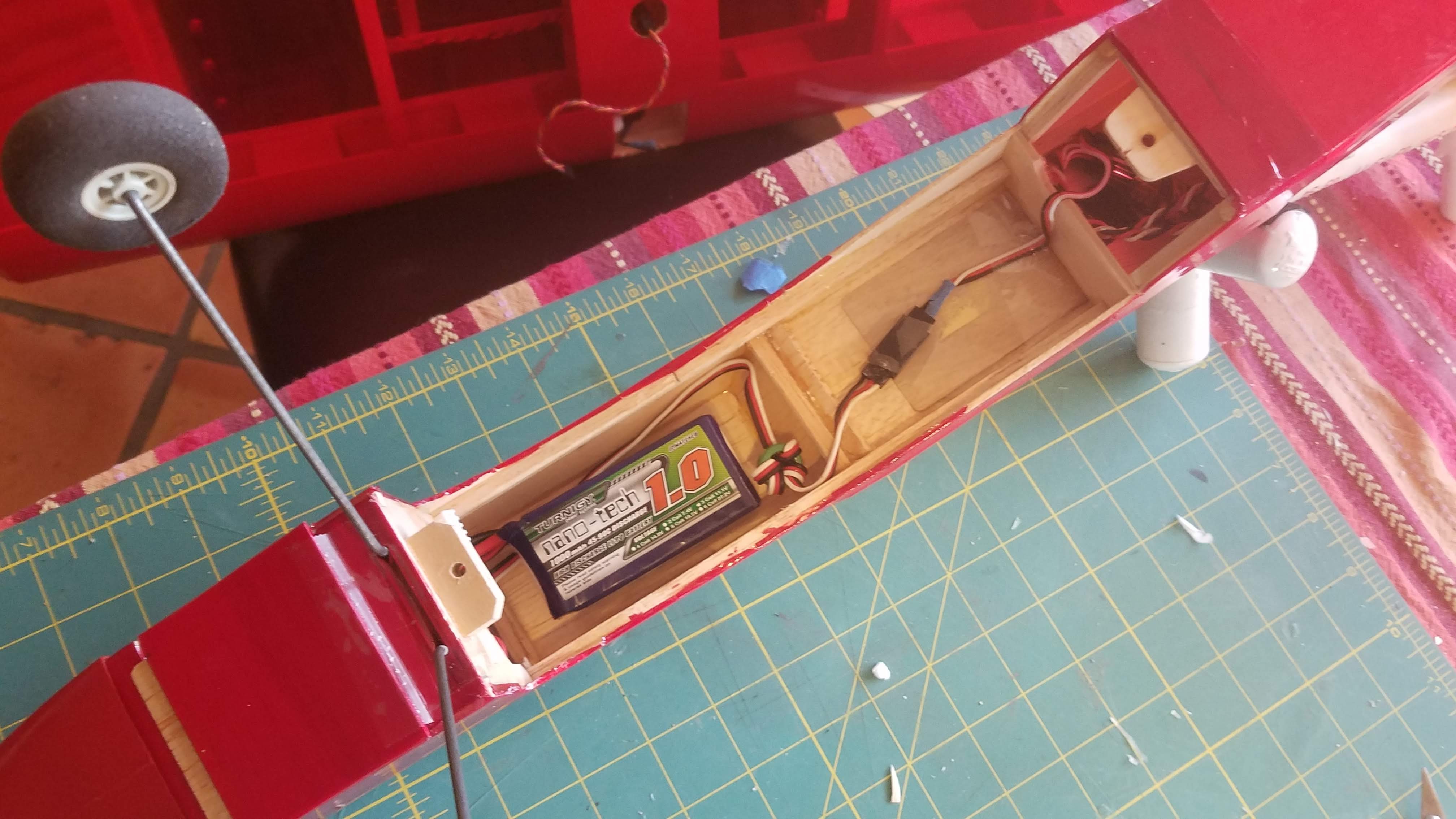 once i got it all wired up i set the throws and dual rates and she was ready to begin her newest take on life. 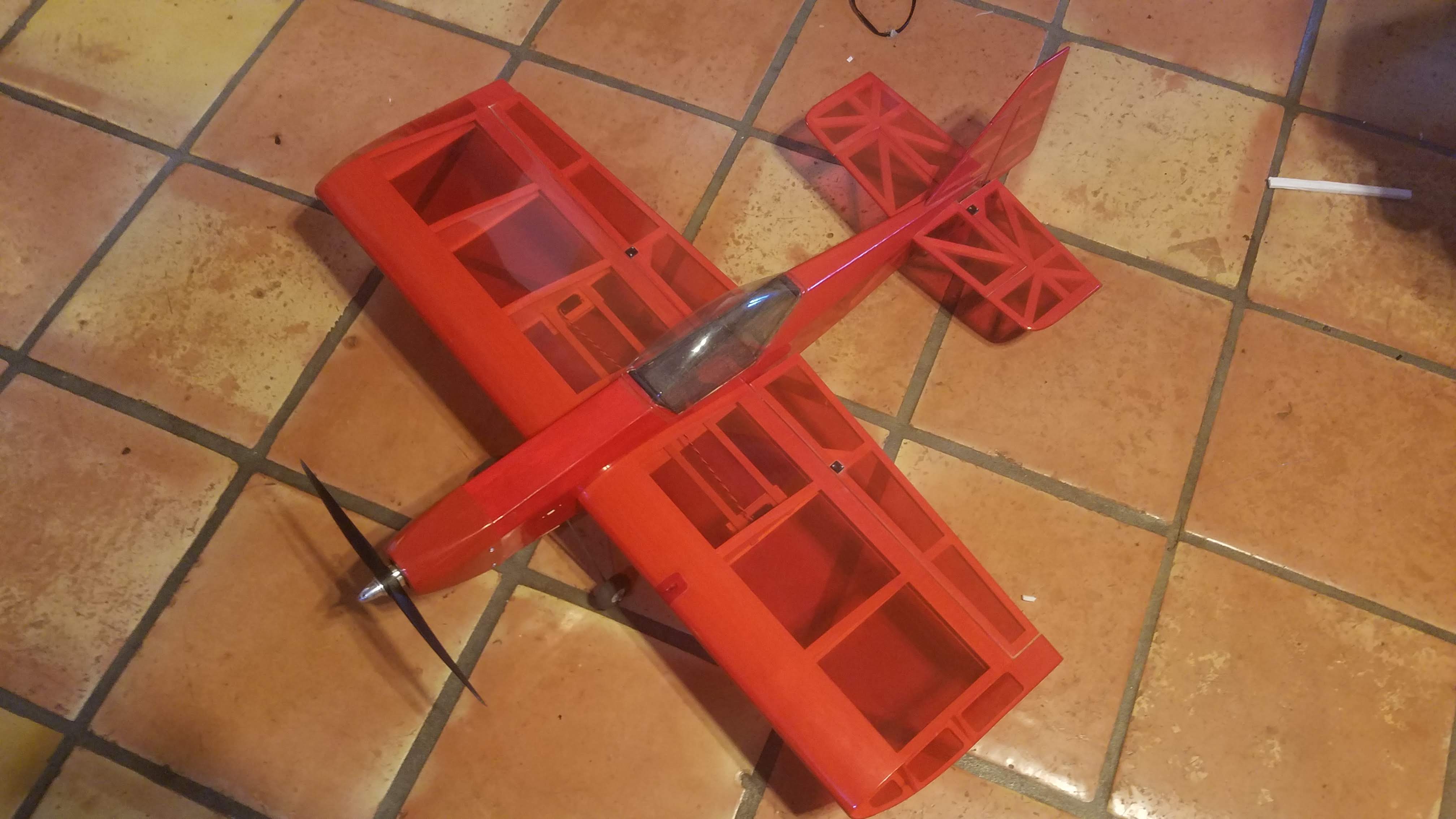 i maidened her this morning and it took just a few clicks to get her straight. looked amazing in the air and hope to have some pics before too long. rolls were fun, climbs effortless, knife edge no prob, and landed better than i was expecting. all in all a great flyer.

need to address a few issues to ensure the abuse of flying doesn't end of breaking her. need to put some captive nuts on the wing mounts and get some real screws. currently it has plastic screws going into balsa. i also need to reinforce the battery mount area. the pulling of the battery from the velcro is not kind to the old balsa and i'm afraid it will fail. i think i am going to find balance plug extensions and just leave 1 battery in the plane. that way i don't have to remove the wing every time i charge, and would help fight the above mentioned battery tray issues.

thank you again to Roger for the gift. happy to bring her back to life after so many years.

#31
i have not had a chance to do any of the updates but i did fly it again on sunday. happy to report that it was just as good as before. flies perfect, simple take offs and even easier landings. makes you look like a pro. 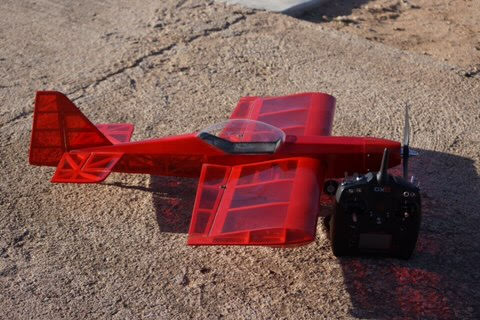 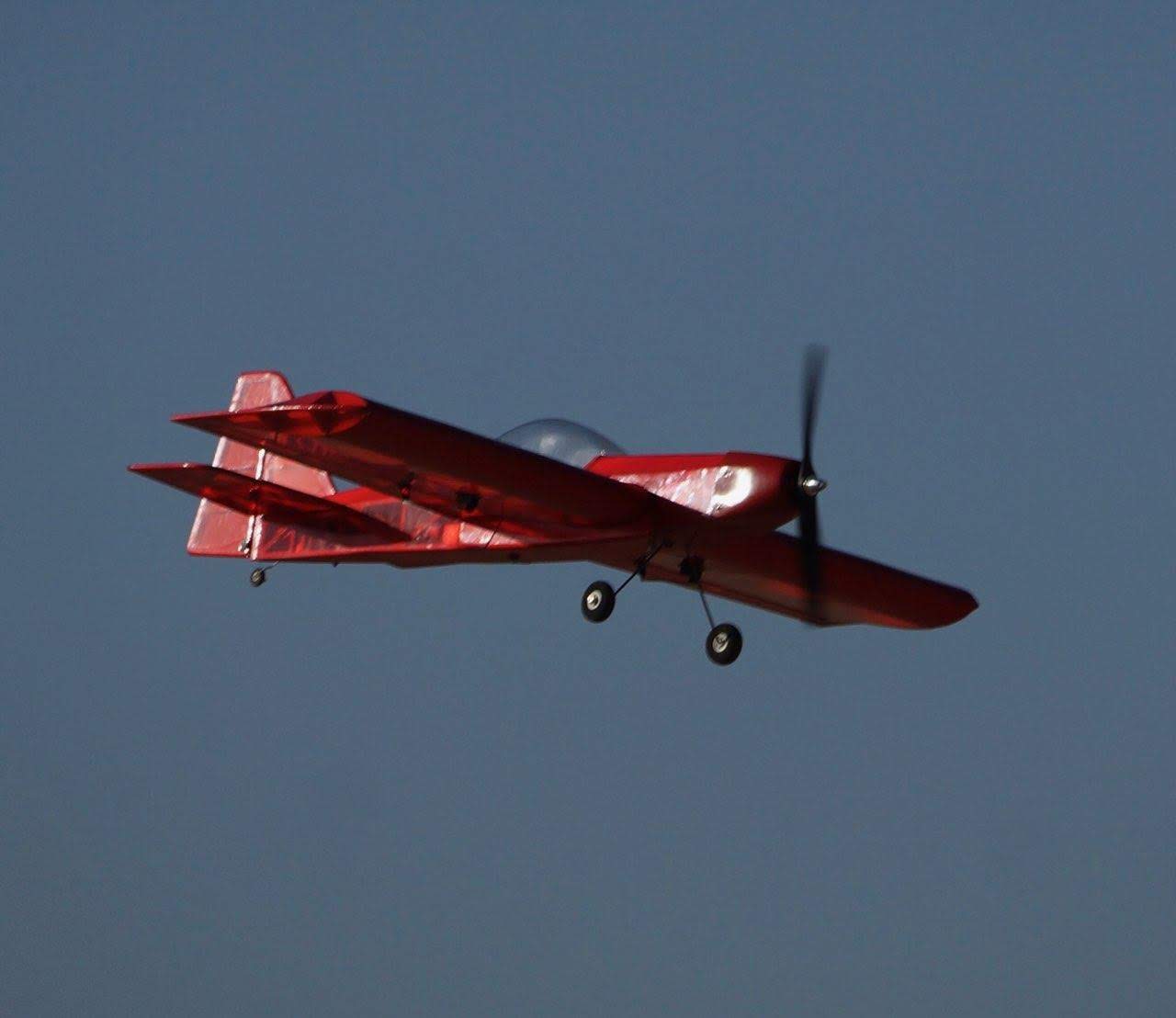 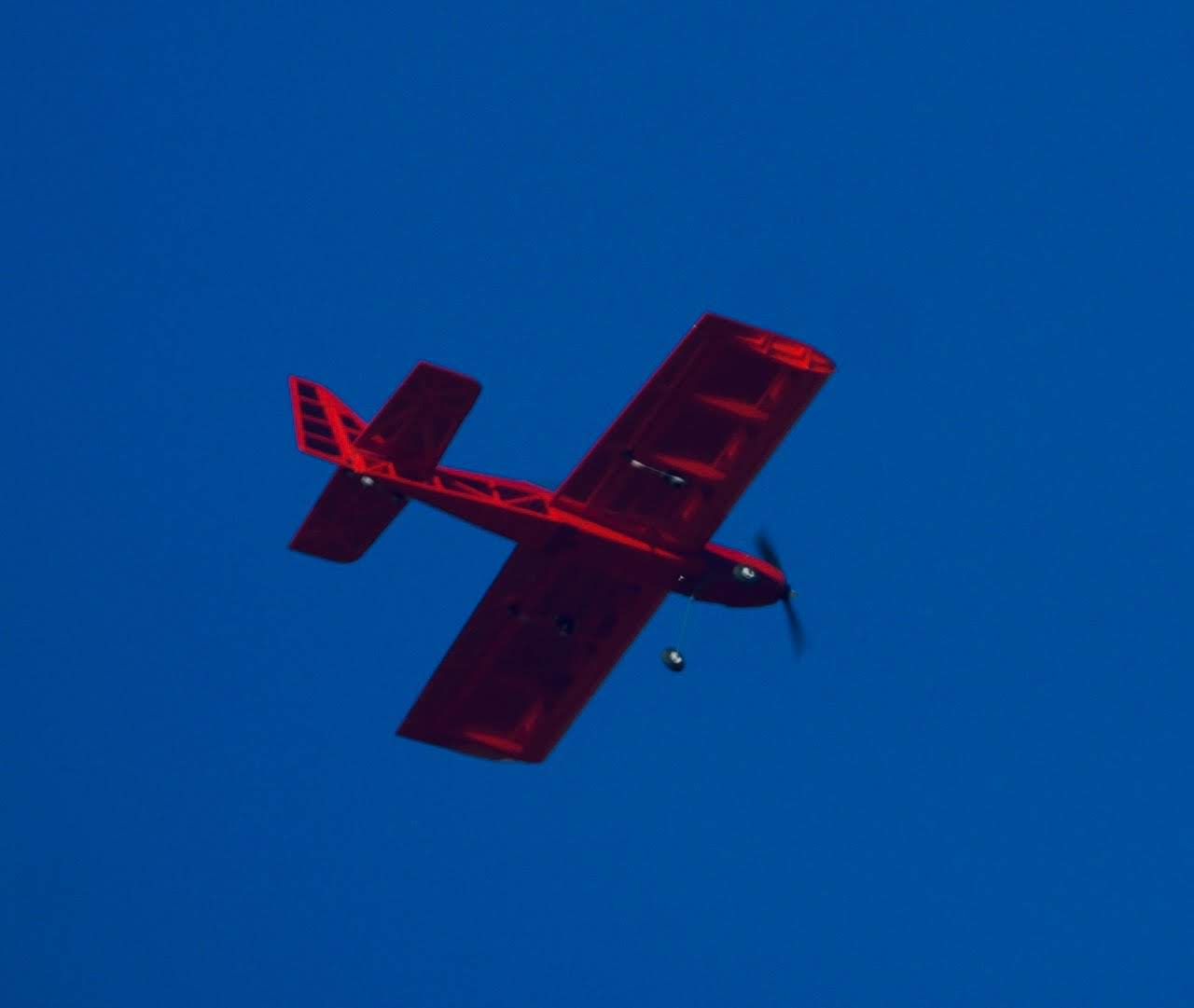 i have tomorrow off so i should be able to make it to ACE and get the stuff i need to finish all the left over items.