How should I repair the Storch

I built a 3 channel FT Storch a while back and crashed it after a few flights. I stopped flying as the rainy season started. The crash busted in the nose, So I would like to know, is it better to just strap on some more foam board to the nose? Or rebuild the fuselage?

All suggestions are appreciated

#2
You can probably add more foam to the nose, since you can alter the battery position to compensate.
Be careful to not use too much glue on the repair to keep weight down. I cracked the nose on my Simple Scout and ended up adding a second layer inside the nose, it’s not made a big difference.
A new fuselage is always an option but if the nose is only crumpled not ripped off then I would repair it. Check your power pod too, the firewall angle can easily be put out of whack or the firewall can crack.

#3
Depends on how bad it is. The nice thing about the Storch is that it has a two part fuselage. If you smash up your nose, it's fairly simple to just rebuild the front half, then replace the broken nose with the new one. Cut along the seam, then attach the new front half just like you did during the original build. Shouldn't take more than an hour or so and you have a pristine fuselage again.
M

#4
You can reinforce with foam. Or just cut off the offending parts and replace. Use a square to draw a line arrow the fuse and make a square cut. Just glue on the new piece.
G

#5
Not sure if it helps you or not but here is my cub with a nose job. It was pretty easy to duplicate the nose only and just glue it on.

I did the same with a few other planes as well.

#6
Gazoo is right: it's fairly simple to just cut off the nose (or whatever else is damaged) and rebuild just this part. I did that to my Storch once, and at least twice to my FT 3D; worked flawlessly each time.

#7
Can't really give the best answer without seeing it, but if it's just a crumpled nose what @Gazoo would be one I'd recommend.

#8
Not a Storch, this is one of my Cubs. Same idea as @Gazoo above. 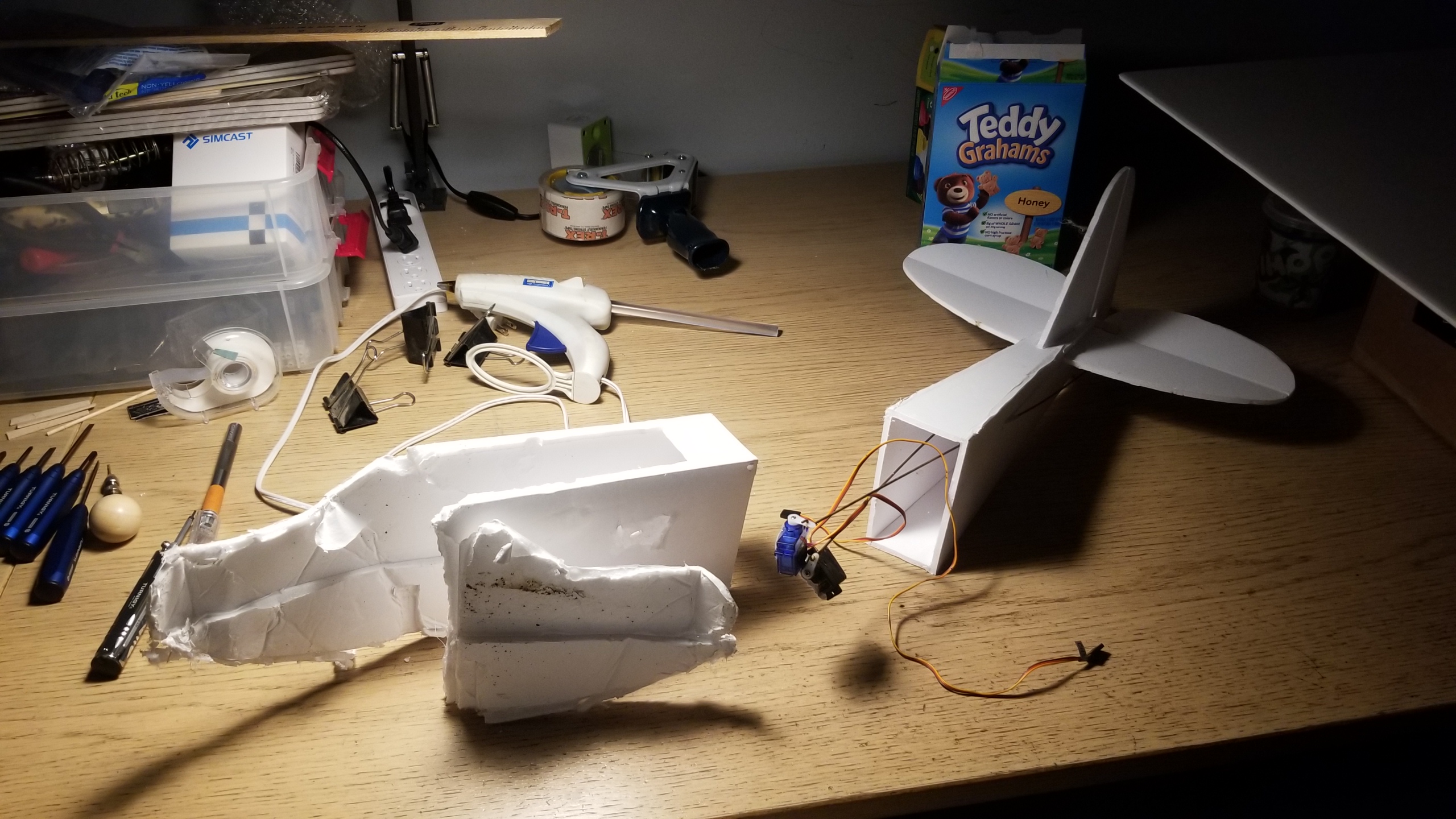 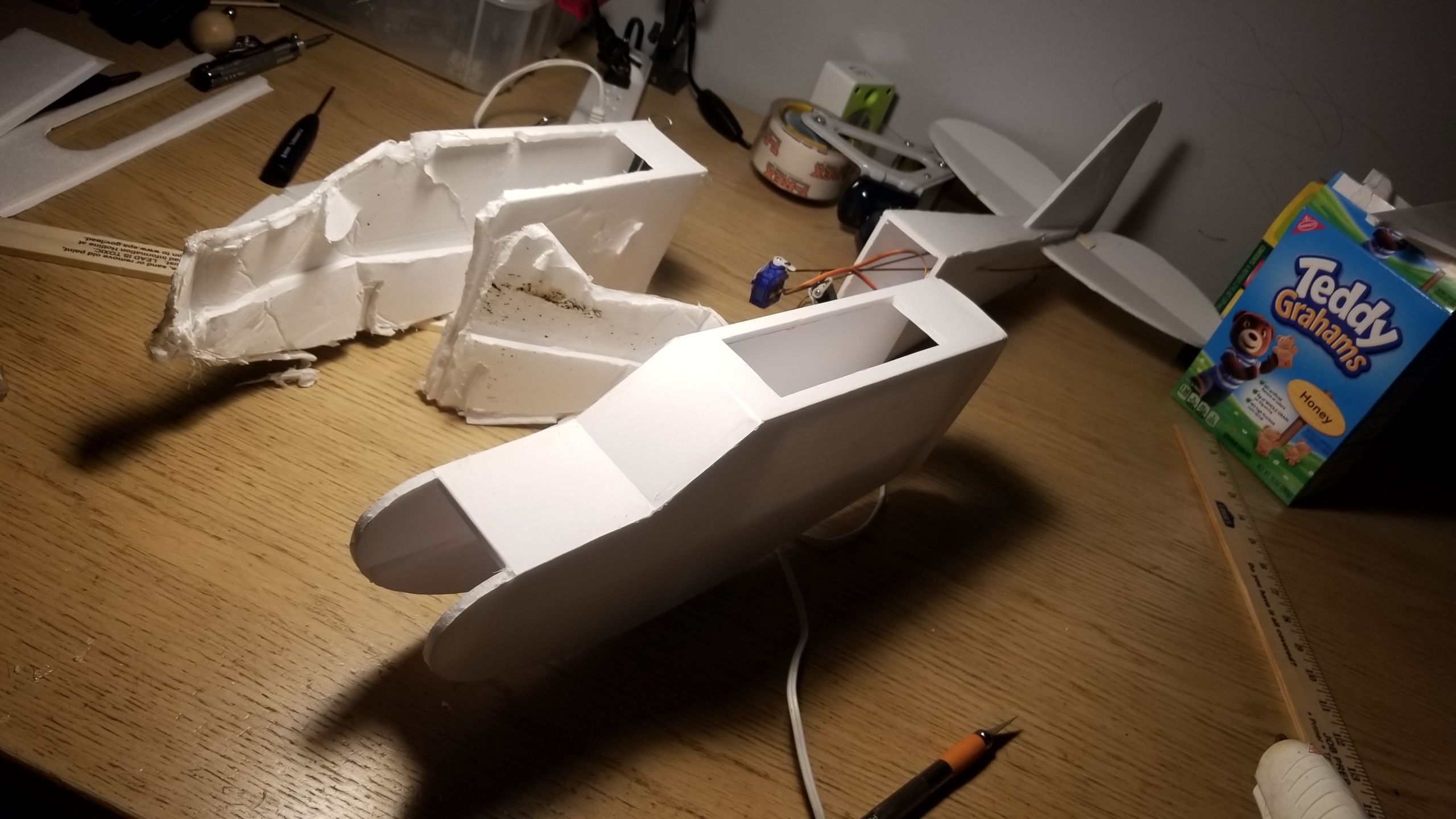 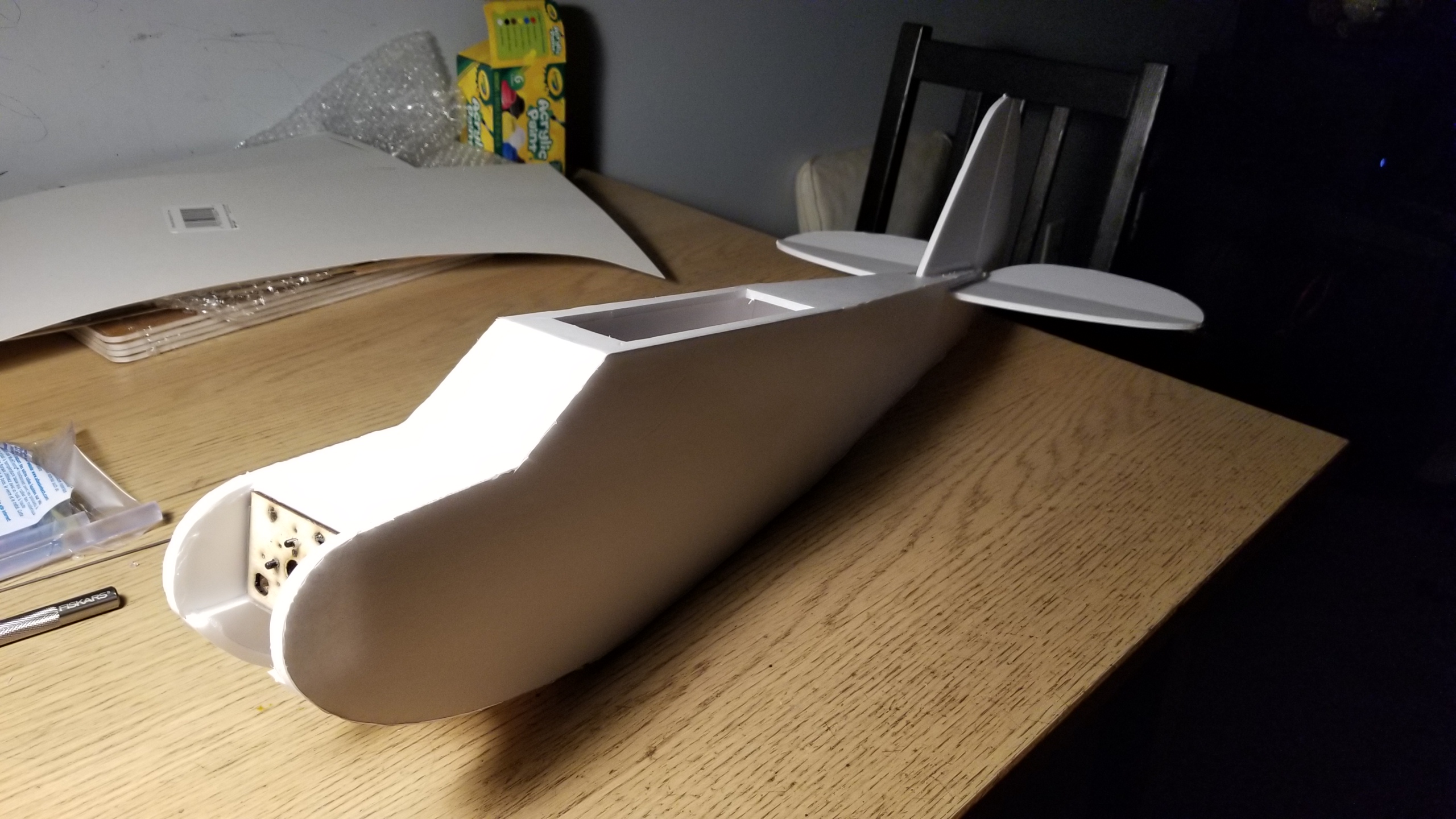 #9
Arcfyre said:
Not a Storch, this is one of my Cubs. Same idea as @Gazoo above.

#10
The foam board is really good at absorbing energy locally, so you normally won't see damage far from the impact area. Still, look at stress points, anything bearing mass, to see if anything else may have crushed a bit. Regardless of what you find, don't be afraid to chop out damaged areas willy-nilly. With a little knife work and sandpaper it's trivial to shape, try-fit and glue in replacement bits.

I dove my FT Explorer straight down into the ground twice under power. On my last crash I demolished the front end, ripped the wing in half, destroyed the wingtips, partially accordioned the power pod, and broke the tail boom in half. I thought the plane would be trashed, but I was honestly surprised to have it better than ever in an evening's work. I glued the tail boom back together, built a new front end and nose cone from plans, traced wingtips from the crumpled versions, grafted everything on with hot glue. Everything else, I just cut out areas and glued in replacement foam board pieces from scrap.

Here's after photos of the wingtips, power pod repair and reinforcement, front platform graft job, tail boom, and center sections of rejoined and patched wings. Not as pretty since I haven't repainted the repairs, but structurally good as or better than new, and flies as good as it ever did. Better, even; I took the opportunity to lengthen the nose, shifting the CG forward and allowing me to get rid of 60g of ballast.