I have an old balsa model airplane kit.

#1
I have an old Berkley’s Zilch X-pendable kit from the 1980s and I want to sell it. Is it valuable at all? Or is it just something to throw away? The kit is in mint condition with all the parts in it. If it is worth something then what is it roughly worth? Thanks 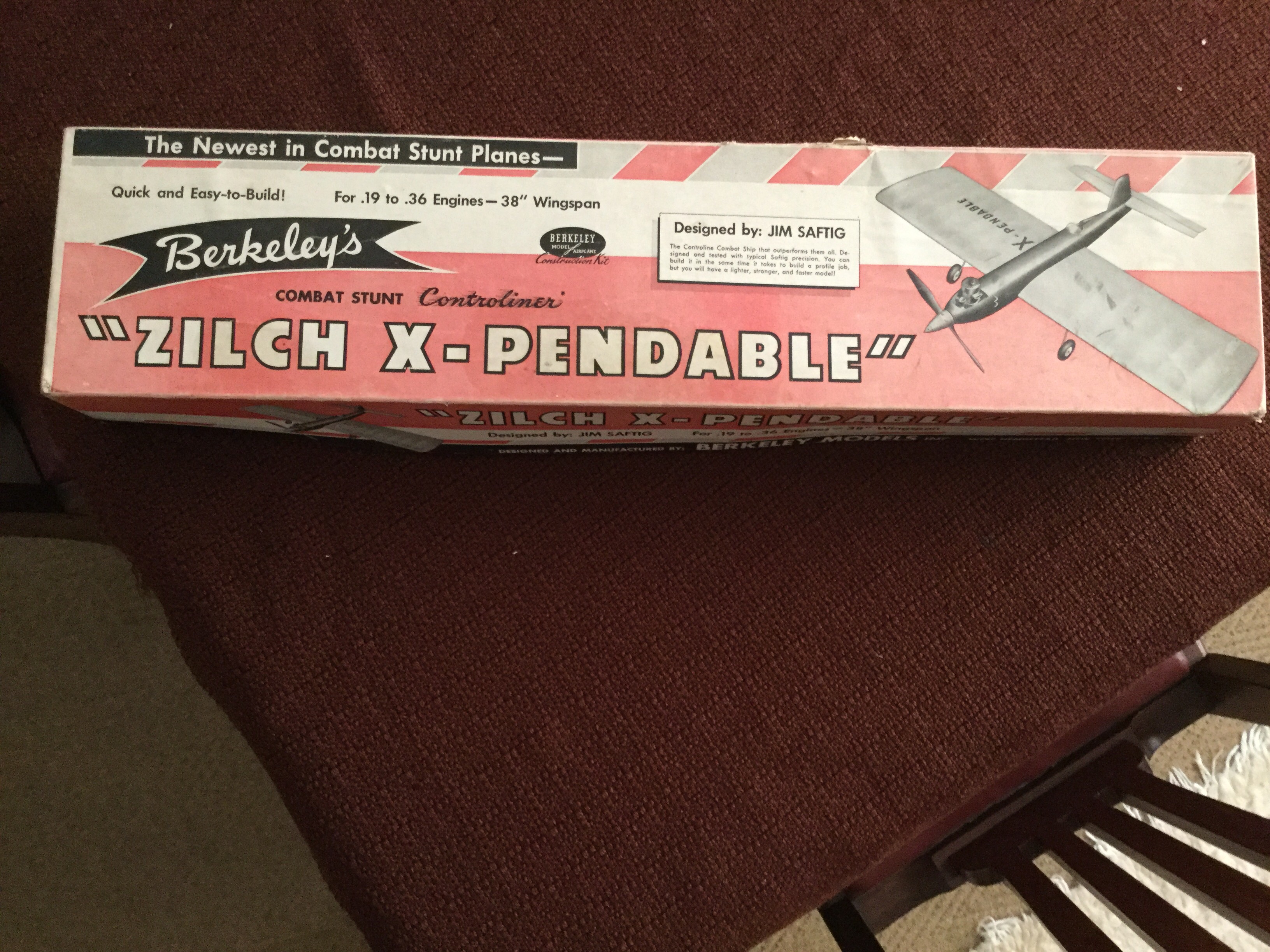 #2
NO old kit is a throw away!!! At the very top of my initial Google search here is what I found. LINK. Keep looking and I'm sure you'll find even more info. Post it on RC Groups/eBay or better yet here to a builder that will appreciate an early kit to either store away or maybe even build. Put it on eBay or RC Groups and I absolutely guaranty a speculator will buy it and turn it later for 2-3 times what they paid you for it. If I didn't pay a lot for it I'd rather it go to a true modeler for a realistic price.

#3
I think it's older than the '80's. That is a control-line stunt model/"extra-slow" combat plane. We flew profile models in the '70's that were similar in design, whereas this one has a built-up fuse and looks older.