I'll cut to the chase: I built my Mighty Mini Corsair wing inside out. I'm not really sure how I did this, I really did try to follow the instructions for once. Has anyone else ever done this before, and is it worth installing the servos in this wing or should I start from scratch? 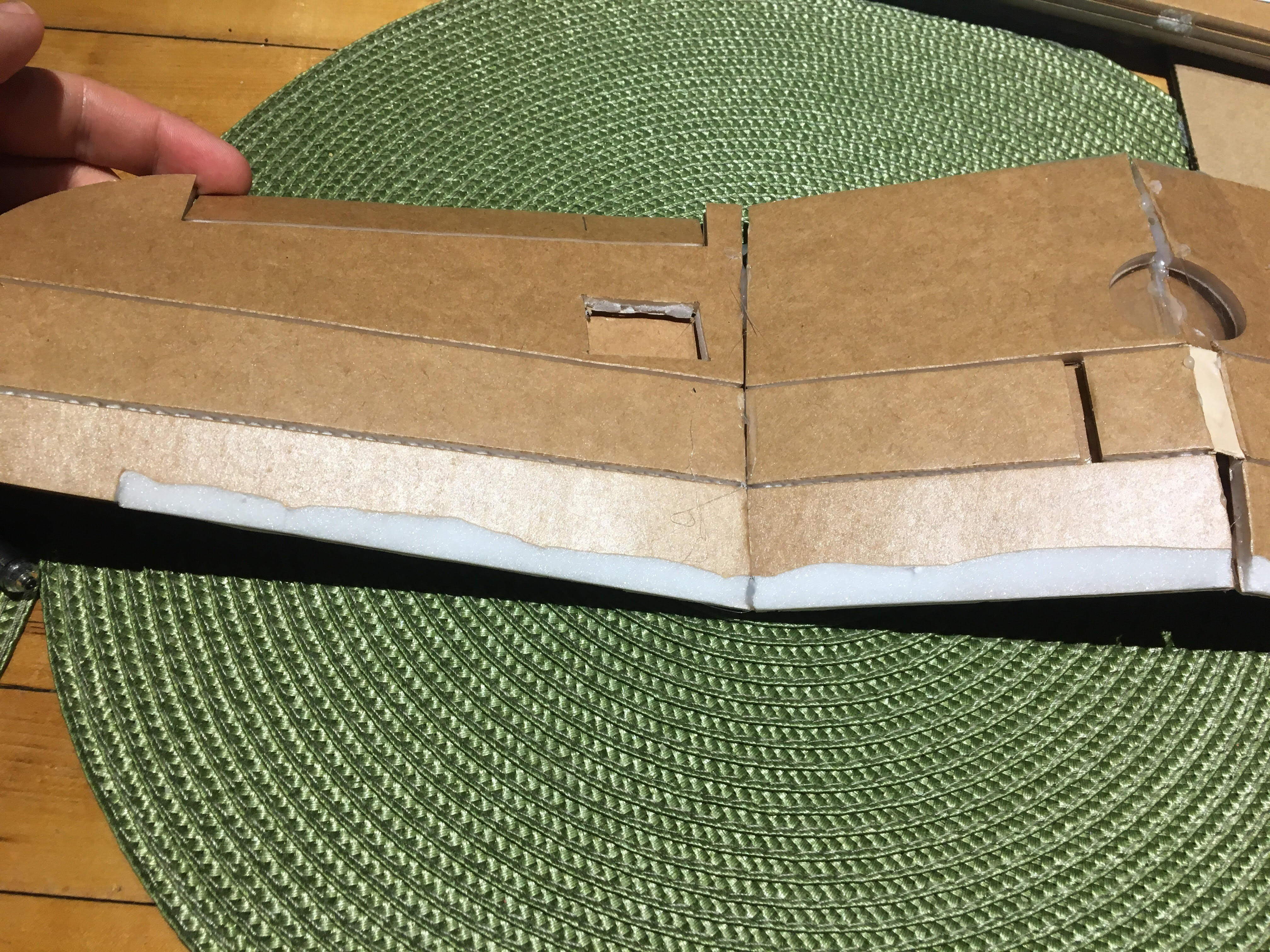 Before you ask, yes, there were numerous moments where I thought "this seems to be much harder than usual to assemble for an FT model...", but I finished the entire wing structure and opened up the ailerons before realizing that they opened the wrong way. You can even sort of see that I put the tape on a second time when I realized it had ended up on the wrong side... but no, that was not when I figured it out. I think I need to turn in my engineer card.

So what do you reckon? It's still sort of the right shape, is it worth putting the expensive parts on or going around again and using this wing to inaugurate a wall of shame?

P.S. Totally unrelated protip: the fold angle cuts go on the INSIDE, if you're ever not sure.

#2
You are a very good sport to share this, I think I'd have torn it up super quickly before anyone saw.

#3
If you use a hot air gun (needs to be on a lower than setting on fire setting) you can gently heat the glue bonds to open the wing back up. You can then remove the glue from the wrong side by warming it and scraping it off with a bit of scrap and rub with your finger.
Test the heat required on scrap first, you don’t want to melt the wing!
Then you can try again. Easily done, I have nearly done that too, fortunately I realised at the dry fold stage! Hope it works out. If not you are drawing a new wing and going again, you want two sheets I think.
W

#5
w1lp33 said:
Doesn't isopropyl alcohol near instantly break hot glue bonds?
Click to expand...
I've used it to great effect....but it may also have a bad effect on the paper bond to the foam.

#6
w1lp33 said:
Doesn't isopropyl alcohol near instantly break hot glue bonds?
Click to expand...
It depends on the surface, not so much on porous surfaces. It works fine on nonporous surfaces. So not great on foam, but takes it off servos and such easily.

#7
Or you could download the plans for the wing and start from scratch just on that new piece. That wing will not fly well at all as it is
W

#8
jaredstrees said:
It depends on the surface, not so much on porous surfaces. It works fine on nonporous surfaces. So not great on foam, but takes it off servos and such easily.
Click to expand...
Thank you for clarifying. I knew it could be used but wasn't sure when and where it was appropriate.
M

#9
I agree with @BS projects inc., it’s going to be easier to start over.

It might be cool to finish your current wing and see how it works. Some of the greatest inventions were accidents.
Last edited: Jan 17, 2019
R