It all works... except the darn FC

#1
Hey Flite Test family!
I haven't been flying for too long, maybe about three months now, and have really enjoyed the hobby so far. I have a working (for the most part) kwad that I've put together myself. I have a couple flights in the records, most of them LOS, and only a couple FPV. It took me a very long time to get the kwad up and flying (about six months). During the build, I went through two faulty flight controllers: the first was a Naze32 clone, and the second was a supposedly legit (not a clone) SP racing F3, shown in the picture. 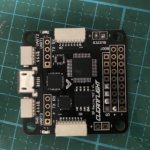 Both boards had trouble picking up receiver inputs, and had trouble flashing. The board that finally worked was an SP Racing F3 clone. I got plenty of flights from that board, until a bad crash. This crash was because of some invisible branches. Somehow, when I hit that tree limb, no props broke, but each individual standoff broke, as well as one of the UART ports, again shown in the picture.

Strange, no props broke&#63044;!
I saw the video flight test put out concerning Kwad Share and thought this was a great place to give away old parts from when I update my kwad. I also think it's a great place to possibly get a new (old, really) FC to get my kwad up and flying again. I'd anybody has an old FC, my email is tyborgpilot@gmail.com
So far I've only seen people wanting things on Kwad Share. I'll do my best to give away all of my old parts, but as of now, the only spare part I have is a battery strap (if you need it, email me! First come, first serve.) Anyway, happy flying!