#1
So this will probably be an on going thread of my projects consisting of arduini and rc frankensteins. I thought it would be a wild and crazy cool idea to dogfight using a laser tag system or drone combat with the same setups so here I am. The engineering and electrical aspects are working so look forward to a proto type soon. Any votes on whether I should instal it on a drone or fixwing first?
https://twitter.com/statuses/1100274920422965248
Last edited: Feb 26, 2019

#3
I second for fixed wing

#5
How about on the Mini or Versa Wing

#6
I had a wing laying around so heres a quick small test platform. 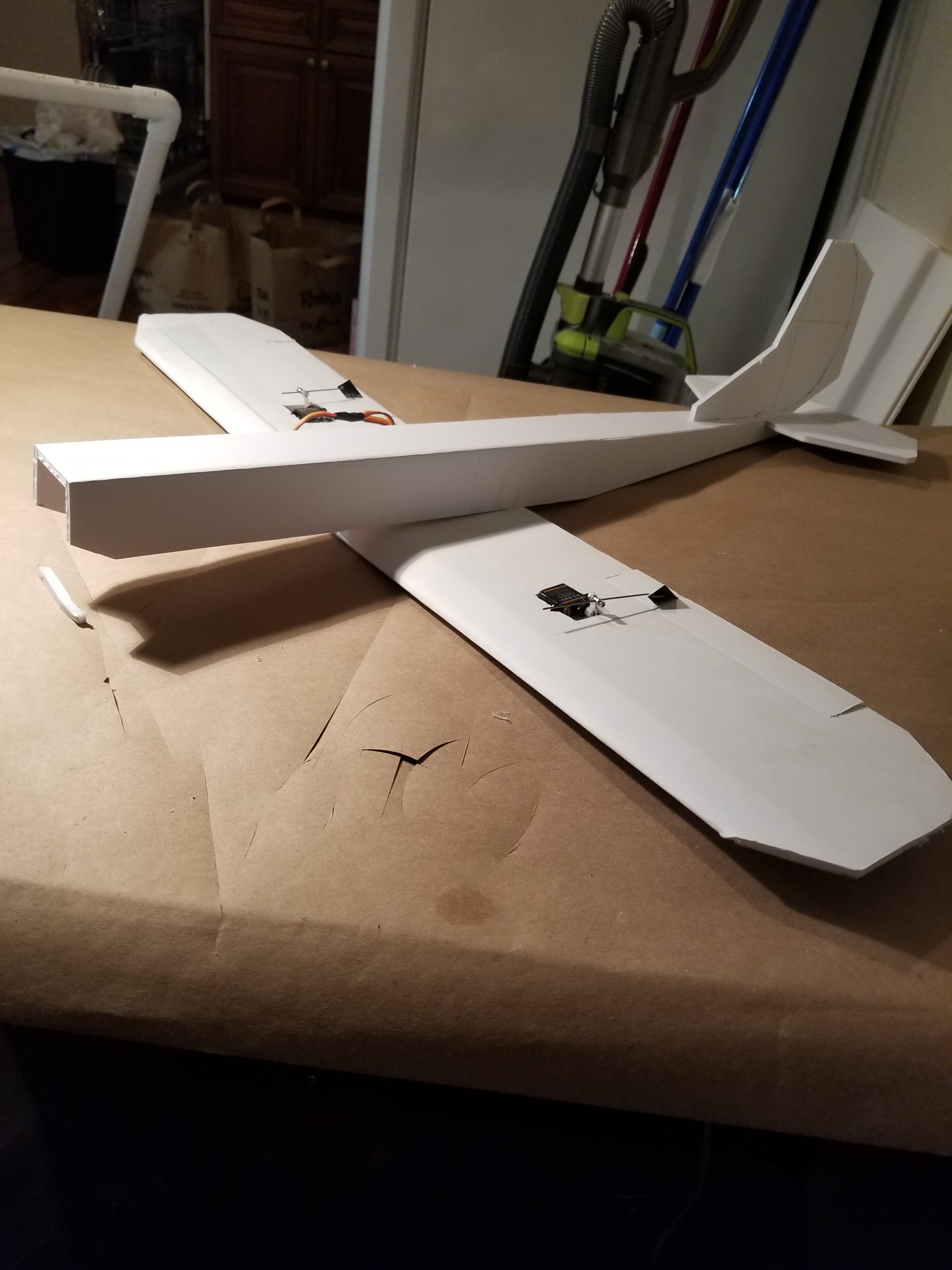 #7
Well theres that done.. if I ever get a break in the weather Ill maiden it. 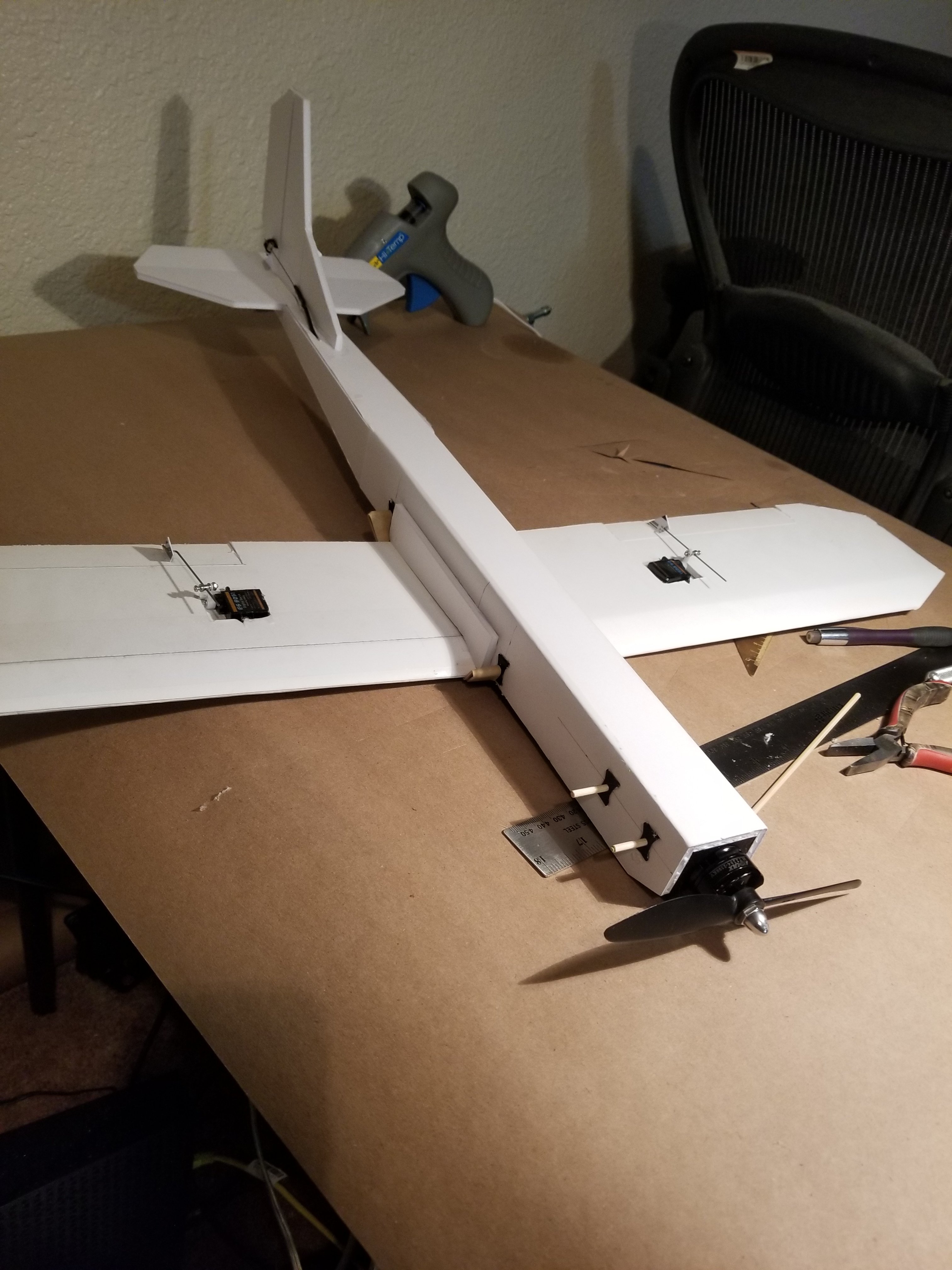 #9
yeah actually.. hit a road block so I put it on hold. Heres what Iv learned. 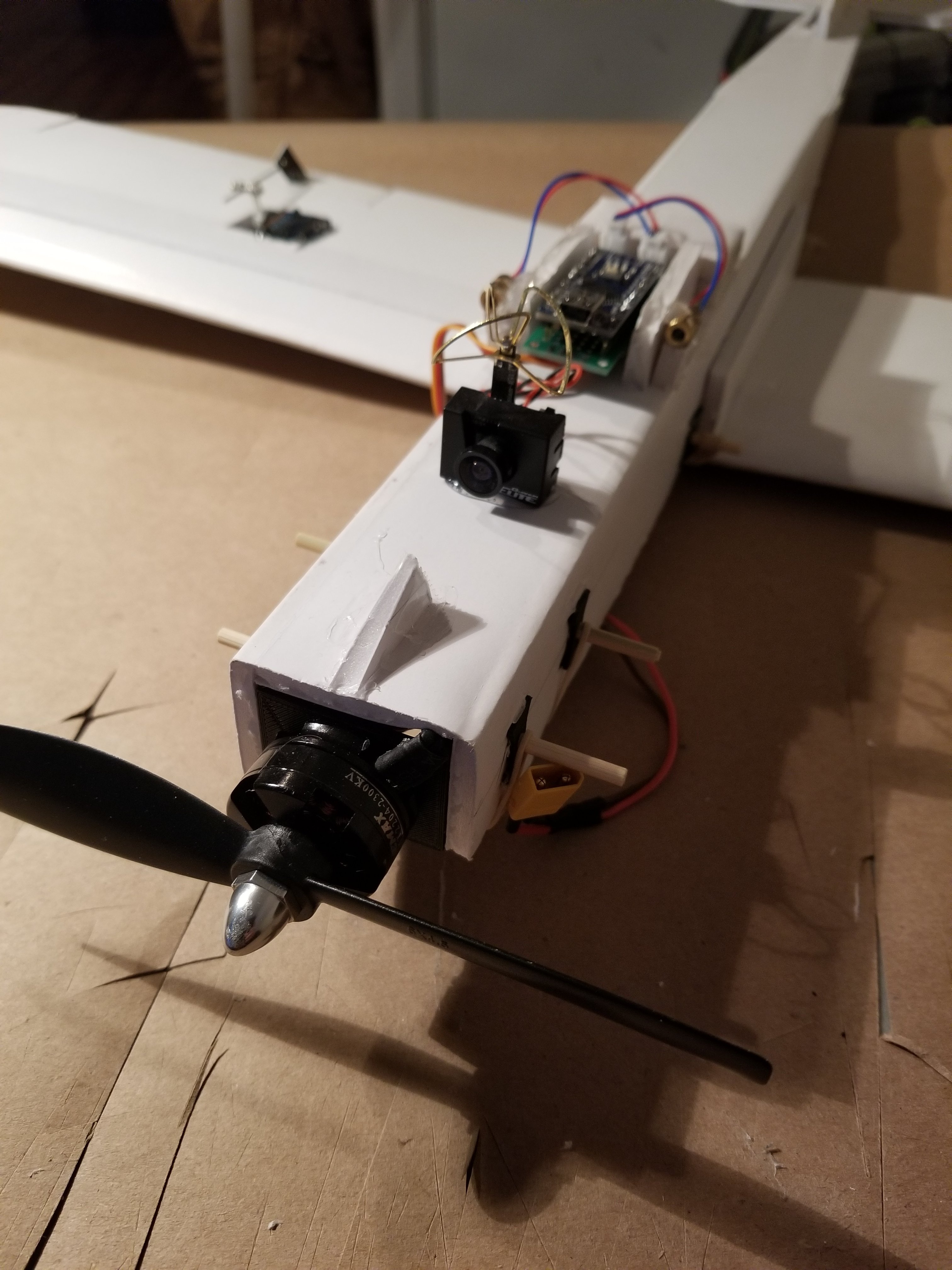 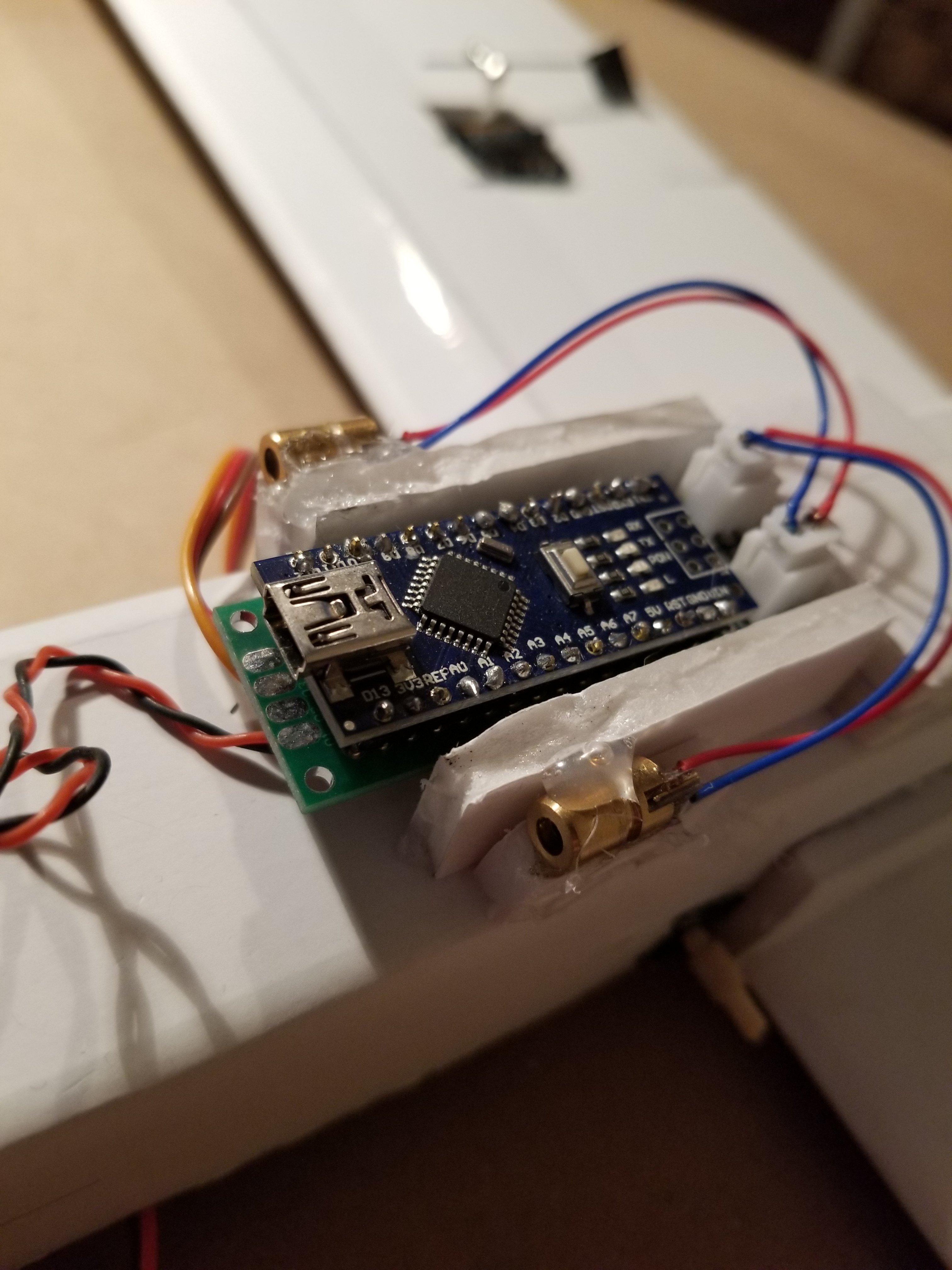 So I have an arduino nano hooked up to aux 1 with just a simple ppm signal reader to turn on the lasers which are on an alternating timer. So all that works really well and is easy to do.

The road block is the beam distance obviously. Im sure some of you were like, no duh, but In my defense it is a viable option during twilight .

The receiving end works alright and the sensor, Im sure can be wired inline so that one chip can read the whole plane, needs to have the beam directly on it. I did find that a one sided mirrored box doesnt reflect the beam enough, but electronics foam does refract the light enough to trip the sensor. 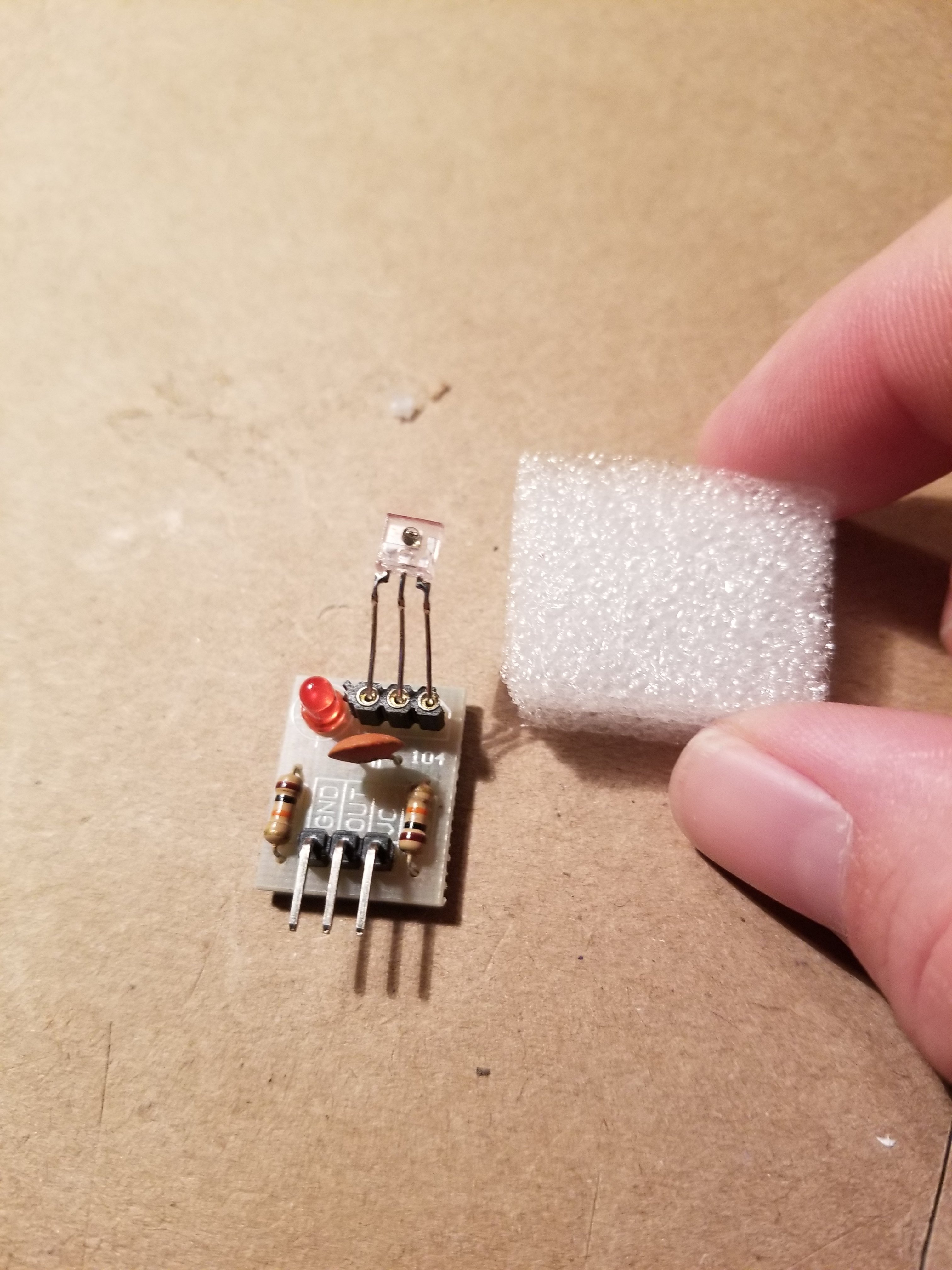 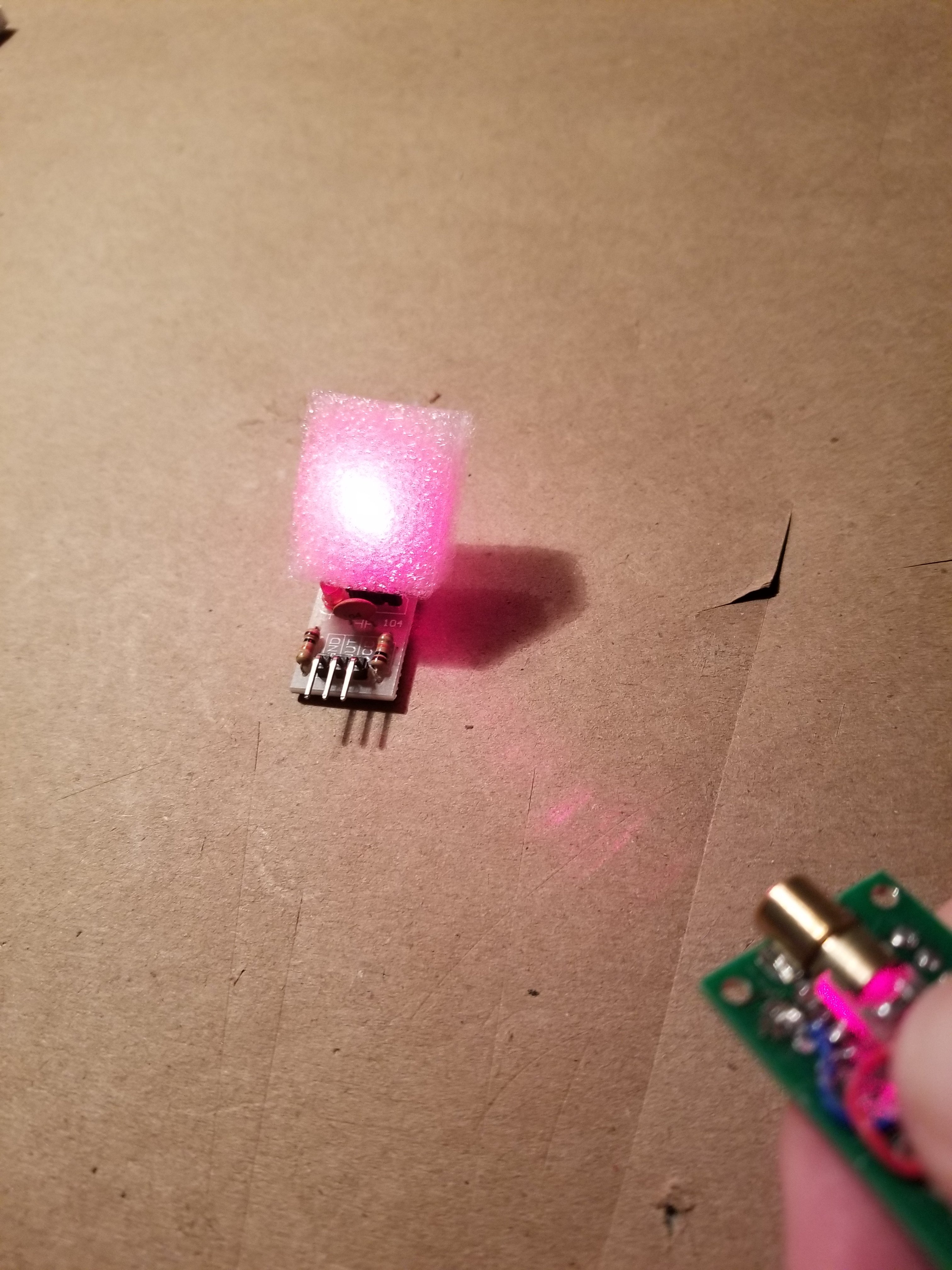 In conclusion I think the best option for this would be indoor drone laser tag. A dark room, much like the popular drone race tracks , would be ideal and could handle multiple players and gamemodes. Unless You scaled the planes big enough to handle dangerous lasers or ir lasers, I dont really see how it would work well. Unless twilight is a long enough time period to dogfight with a friend, I dont see how fixwing dogfighting would benefit from this technology.

I'd be Leary about using high power lasers as well, without proper eye protection, one stray flyby might do some serious damage...

Maybe you just need a laser with a focusing lens?... A dedicated laser pointer setup...
I don't recognize the laser module you have there, do they have a lens or are they simple diode lasers?

You could also mount MORE lasers (there's probably a reason most fighters in WWII had 6-8 Machineguns!)