#1
The indecision is killing me!! I am going to get started on my first Plane VERY soon!! Going to Dollar Tree TOMORROW!!

One of my first "Squadron" will be a Twin Engine Bush Freighter, based on the FT Guinea Pig.
Thing is..... Those Power Pods. Have any of you made something (card, Foam Core, Plastic, Poster Board) like Nacelles, to facade the P.P. one on each Wing.

Also, what circle would fit around the Pod, so I can make a Cowling over the Motors??

OVERKILL for a $4 Foam Core Aircraft??? Possibly. First, I'm OCD about my Models! Coming from the Air Force, I'd like my Model Aircraft to LOOK right.
Even though my experience with RC Aircraft can be counted in Hours... I'm HOPING that the long experience I have in RC Ground Vehicles and in Model Railroading, can add some kind of value in my new Hobby, which I already Love!!

I'm not expecting my first few Planes to win ANY Competitions..... But they should look good! I hope!

If any of you have any type of "bodywork" on your DTFB Aircraft, I'd love to see pictures. I'm really going to need help and visual inspiration to get pointed in the right direction.

I appreciate any and all help I can get!

#2
The only ground experience that will transfer over is there are no brakes and no reverse. The rest will be new territory.

Dont be a hard head like me and listen to these guys about starting with a proper trainer plane mate.

I am getting closer to real flight but am now leveled to near expert in repair n replace surgery.

There are now far too many cool planes in the FT fleet and has become a detriment to new people with high excitement levels and dreams of rippin the wild blue.

How do I know... Im one of the gotta fly now types and its beatin me about the head n shoulders quite vigourously.

#3
Not exactly sure what you are asking but in the past I have used soda cans, (coke cans) to make good looking cowls.

If the fuselage or Nacelle is of suitable size they slip over and do not slide off. 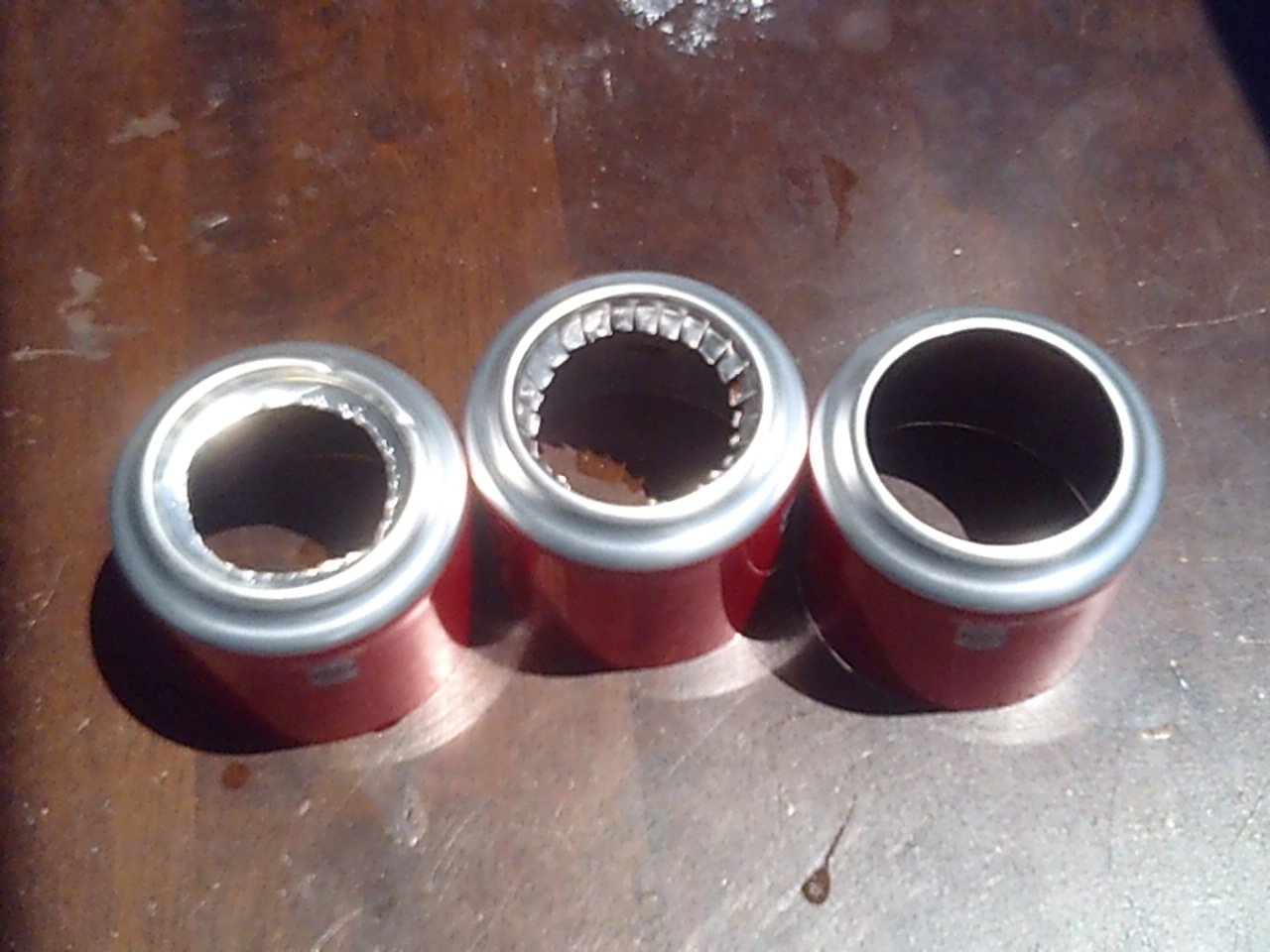 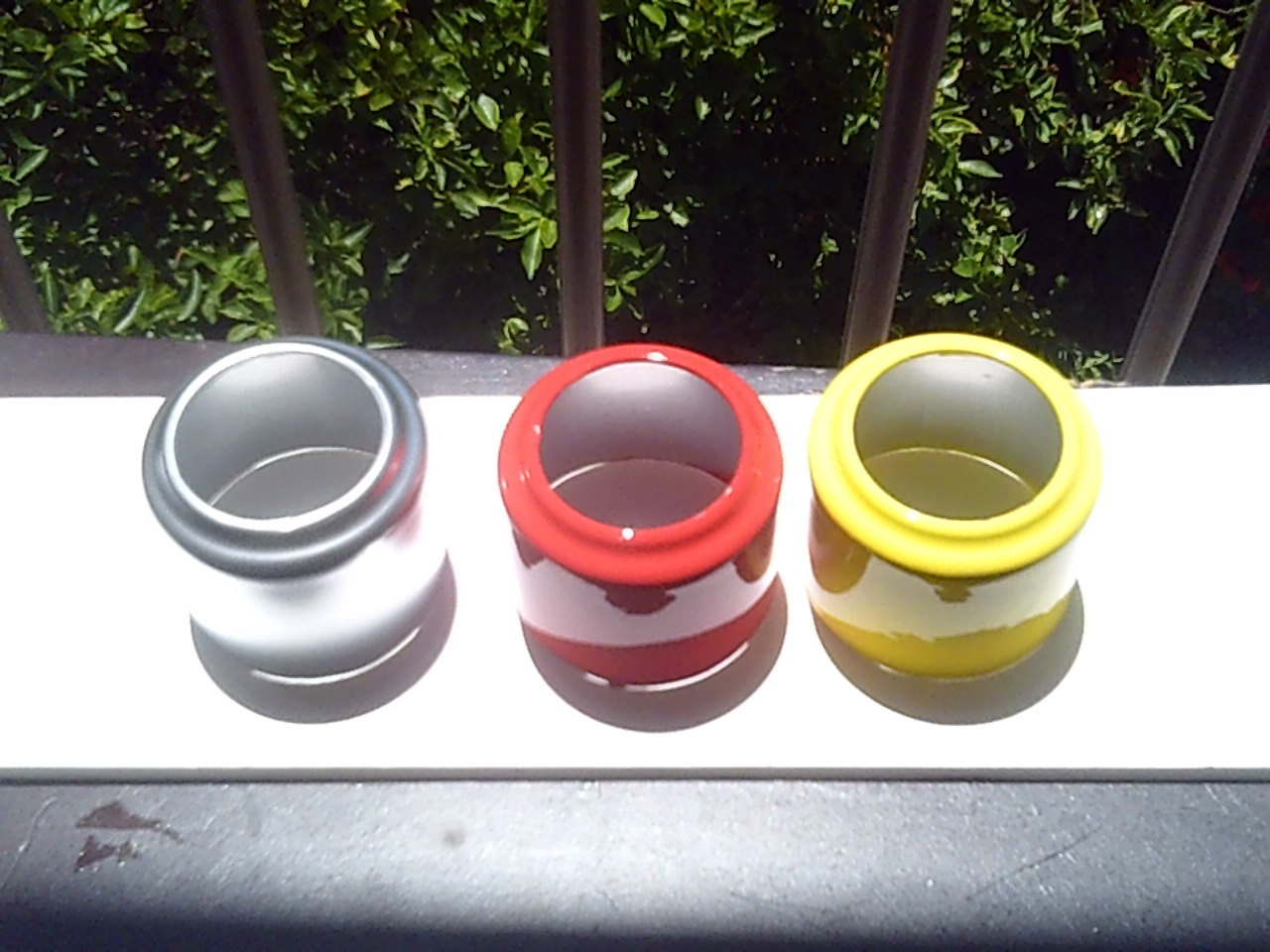 I just saw the Build Video of the Guinea Pig.... HUGE Aircraft! I'm also looking into smaller Planes too.

@PsyBorg - What kind of RC Surface Vehicles did YOU have?? Mine ALL have Reverse.
Three of them have Brakes! Electro-Dynamic Brakes - but they'll lock up all 4 Wheels!!!

That does illustrate one Stark difference between Ground and Air (from what I've seen so far)........
Almost every Brushless ESC I've been looking at for Aircraft, has been between $10.00 and $25.00 each. They seem to be good between 15 and 30 amps.

And believe me, I can be Hard Headed!! However, even though I'm thinking about larger Planes..... I can't afford to be an idiot!! I'm sticking with Slow Flyers with more subtle control surfaces....

I want to learn how to Fly, not how to Crash!!

#5
FYI. On the Nacelles you can provide a blended shape from the cowl back to the wing using either a bit of stiff card or even a PET bottle, (even the neck of the bottle). The cowl can be made with the wing LE cut out so that it fits over the motor and the Wing LE.

As for motors consider the use of smaller low kV motors using SF props. Just remember the rule about speed in that to go twice as fast you need eight times the power! I do most of my prototyping using small to medium low kV motors and then if the design can fly and land well enough I then up-engine the hell out of it! With a prototype a low speed crash costs less and does less damage.

At least my first 50 flights are going to be quite tame. I need to get comfortable with RC Flight, before I get the need for Speed!!!

When I get experienced, I could keep the Motors, and just Volt and Prop UP!!
....... I've been studying a lot lately.
D

#7
You're on a road to disappointment. There's nothing worse than spending ages making a plane look nice, only to stack it within seconds of first launch. Get this into your head: Unless you fly at a club with a proper buddy-box trainer system, your first plane will crash many times, in which case you should consider it a disposable test-bed. Choose the most robust easiest to fly and repair model for your first plane, not the one you like the look of.

#8
As a pilot of 1:1 aircraft you should alos remember that planes are designed to fly so remember to be a pilot and not believe that you are flying the plane.
Just direct it to where you want it to go as you would with a 1:1 aircraft.

#9
Hai-Lee said:
Not exactly sure what you are asking but in the past I have used soda cans, (coke cans) to make good looking cowls.

If the fuselage or Nacelle is of suitable size they slip over and do not slide off.

#10
PoorManRC said:
I am going to get started on my first Plane
Click to expand...
I would not put a lot of effort into making your first plane look great. Better off holding off until your 3 or 4 plane to worry about looks. You got to learn to fly first.

#11
I have done formers and card stock to modify FT designs, like this one. forum.flitetest.com/index.php?threads/re-vamped-ft-spitfire.24296/ But keep in mind mods like this add weight, weight is bad. The GP you plan to build isn't a good plane to learn on. I pretty much learned to fly on the FT Baby Blender, which anyone here will tell you is a bad decision. Learn I did... learned to do repairs, but yet many years later it's still air worthy. Some might tell you to try to learn on a simulator, I have one and to me it wasn't very realistic and the feel and look is totally different than the real world.

#12
I might be getting confused here....
Maybe, I'd like ALL of my Fleet to not look like a Garage Sale.
Wasted Work? Time? Damn Skippy! I WANT to
I may be dirt poor, but I've at LEAST got just enough raw supplies to put up a couple of Airframes along my training......

I would get the impression that. I should question even getting STARTED!!
I'm NOT saying that I'm going to be PERFECT right out of the Gate. EVERYONE will have some "Hard Landings"..... even CRASHES!!
I'm not looking forward to it, but it happens.

When I was doing F-16 Simulator Training, I KILLED myself no less than 220 Times!!!!! It took actually getting IN an Aircraft, in actual Flight, to get the seat-of-the-pants feel of her. I learned to Drive the exact same way!!
Learned to Drive a Racecar that way too.......

Look, I already know that flying real Planes is likely going to be a Hindrance, learning to fly RC. I've now heard that from 10 People.
If I let all the Negative Reinforcement and Doubting Comments get to me....
I would have DUMPED the whole thing a week ago!

Like I said before, I'm GOING to Crash!! As long as can save the ESC, Servos and Receiver.... It shouldn't be much at all, to rebuild the Frame, and get trying again!!

#13
PoorManRC said:
I want to learn how to Fly, not how to Crash!!
Click to expand...
As long as you crash with style (AND GET IT ON VIDEO) it will be celebrated here!
And that’s all part of the fun!

Seriously though, try to video your first flights, it’ll help those of us here diagnosis what went wrong if you have difficulty. And it’s kind of fun to look back a year ago and see how much your skill has improved (Like my youtube videos)

#14
Believe me Timothy, if at all possible, Flights will be filmed!! I know that the Videos will be invaluable to Training....
And probably hilarious Entertainment!!
D

#15
The more time you spent making the plane and the prettier it looks, the more points we'll give you in the crash compilation video. This is the standard you're up against. Start at 12:46:

#16
This one was really scary but also kind of funny. I think the pilot forgot to read where it said on the box "Do not fly near power lines or airports. it starts at 4:11, the sound was added. If you can, try to built the viggen, you can crash it spectacularly and just put a new nose on it.

#17
Can I make a quick suggestion for your "Guinea Pig"? Reinforce the spar in the wing. I have a mini Guinea, I know, it's different than the full size, but after a brown out crash the wing has a pretty bad crease in it, making both wing tips droop. I've done it in couple of my FT planes so far but got hasty building my Guinea Pig. A simple carbon arrow shaft which are SUPER light and only about $3 at Walmart would prevent the wing from folding.
Anyway, just a quick tip/idea to help your model last a tad longer. Good luck.

#19
By all means build your plane and make it as fancy as you wish BUT also build a Tiny Trainer or similar so that you can crash the heck out of it as you learn to fly. I would also recommend that before you try to fly your beauty you consider fitting some form of stabilisation to give you an earlier maiden date!

Before you actually fly anything learn your transmitter especially EXPO and its effects on your plane. Secondly learn to set and use dual rate because overcontrolling is the greatest cause of newbie lawn darting!

Mentor
#20
I'm one of those people who spend about 20 hours in the workshop for every hour on the field. Or maybe 40 hours to one hour.

Anyway, I love to build, and for me flying is just a way to prove the ideas and craftsmanship of the build.

So I completely get your desire to make 'em all look good. I'm not going to recommend against spending time making those early builds look good - cause it's important to have pride in our projects.

But - be very careful about adding weight to those first couple planes until you get some flying skills. More weight means higher stall speed which means faster flights and faster landings - which means less time to react when your thumbs don't have muscle memory yet.

So do make those builds look great - but think about letting the natural white foam be a large part of the color scheme and going very light with both the glue and the paint coats, and making cockpit details and bombs removable for ground display not flight.
You must log in or register to reply here.
Share: Facebook Twitter Google+ Reddit Pinterest Tumblr WhatsApp Email Link
Menu
Log in
Register