My dad got his first solo flight!!!!

Mentor
#1
After a year and a half, my father FINALLY got in his first solo flight and got checked off for solo flights at my field!!!

I had been buddy boxing with him on an E-Flite Timber, instead of his Apprentice that he'd been working on, and he tells me, "Oh, I like flying this better than the Apprentice! The Apprentice has a longer glide slope, but this thing is...I dunno, I feel like it's more controllable!"

I actually had something of a scare today while we were buddy boxing; the instructor radio, while I was holding the button to give control to the student, came up and said, "SYSTEM INACTIVE!" because I'd been holding the button so long and he'd been flying long enough that there was no action from me! I had to tell him, "Hey, dad, I'm gonna take over the plane - not that you're not doing great, but because I'm worried there's something wrong with my radio!" (Absolutely nothing wrong; soon as I took over, I was flying smoothly, the radio shut up complaining, and I pressed the button and gave him control again for him to make a nice, long, smooth landing.)


THIS. This should explain it all.

I don't know how many people here have buddy boxed with another pilot. If you have, and you're on the main control box on a Spektrum radio, you hold a button, like a dead man's switch. If you release it, it automatically goes back to the the trainer. Hold the button down long enough, and this happens. I had to show my dad, who goes, "You know, this is a problem. I've got more time flying this plane than you do!" 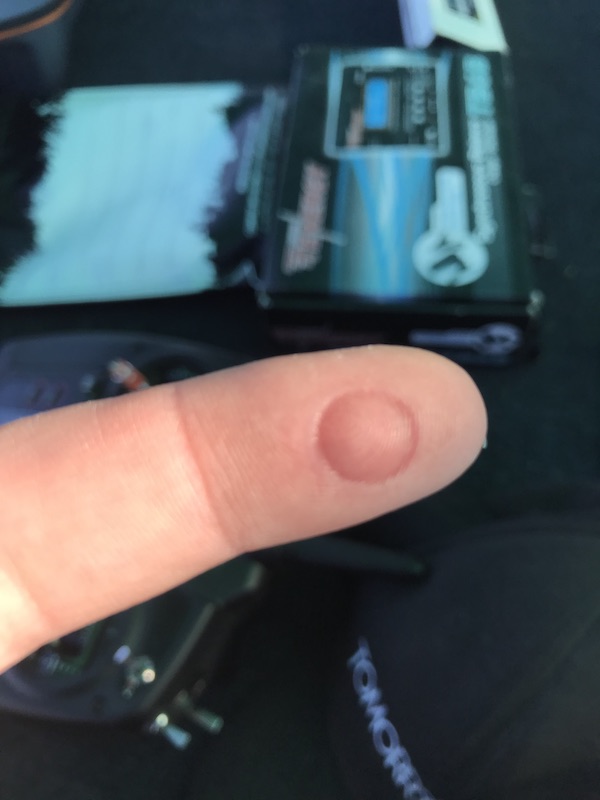 Everyone learning on a buddy box, this is what you want to get to - your trainer starts complaining that their finger is cramping or tired of holding the button.
M

Mentor
#3
Merv said:
Great news
Click to expand...
It really is. He was actually really happy about it after he landed and stopped panicking and just learned to fly for the fun of it.

#4
Waiting for the day I can do some buddy boxing with friends and family. Still need more practice myself before though. Last time at the field I handed my friend (that has 0 experience) the transmitter when I was flying the SpiTTT with the glider wing attached and the plane was at high altitude. He crashed it but that was ok considering the plane had already crashed a few times and wasn’t in the best flying condition.

Mentor
#5
You'll get there. I've only just recently gotten to the point where other people trust me to buddy box with new pilots on the line. One of the biggest things I can tell you that REALLY, REALLY helps, is communication. We'd had some semi-close calls at the field with people getting ready to line up for landings, and when I was flying with my dad on the 22nd and buddy boxing with him, we had another set of pilots that were learning to fly on a gas plane. I hear them yell out, "DEAD STICK!" and I immediately told my dad, "Cancel your touch and go, get high, they have priority."

They thanked us immensely for that, because it was something new for a brand new pilot to experience; I was totally fine with it, and my dad got to see how that works. He also got to see how to prioritize with a busy runway, AND how, if he just talks out loud to the 3D pilots on the line and say, "I'm practicing Touch n' Go's on the runway," that they were more than happy to fly behind him, out over the grassy area of our field. Very gracious pilots, very understanding, and very happy to get others to fly with us.
You must log in or register to reply here.
Share: Facebook Twitter Google+ Reddit Pinterest Tumblr WhatsApp Email Link
Menu
Log in
Register