#1
I'm designing a Nieuport 17 that is scale to the FT Mighty Mini DR1, and I've run into a dilemma. I want to keep the build simple, so I went with undercambered wings with a camber angle (is that a thing?) of 160 degrees, based off of the DR1's camber angle. I also used the 1/3 of the wing folded forward idea behind the DR1's wings (which happens, I think, to be the main reason behind their use of a 160 degree angle). This makes for quite an odd wing, since the Nieuport's wing is swept back and the wing's chord increases apically rather than proximally. To help illustrate, here is a picture of the paper with all the measurements on it: 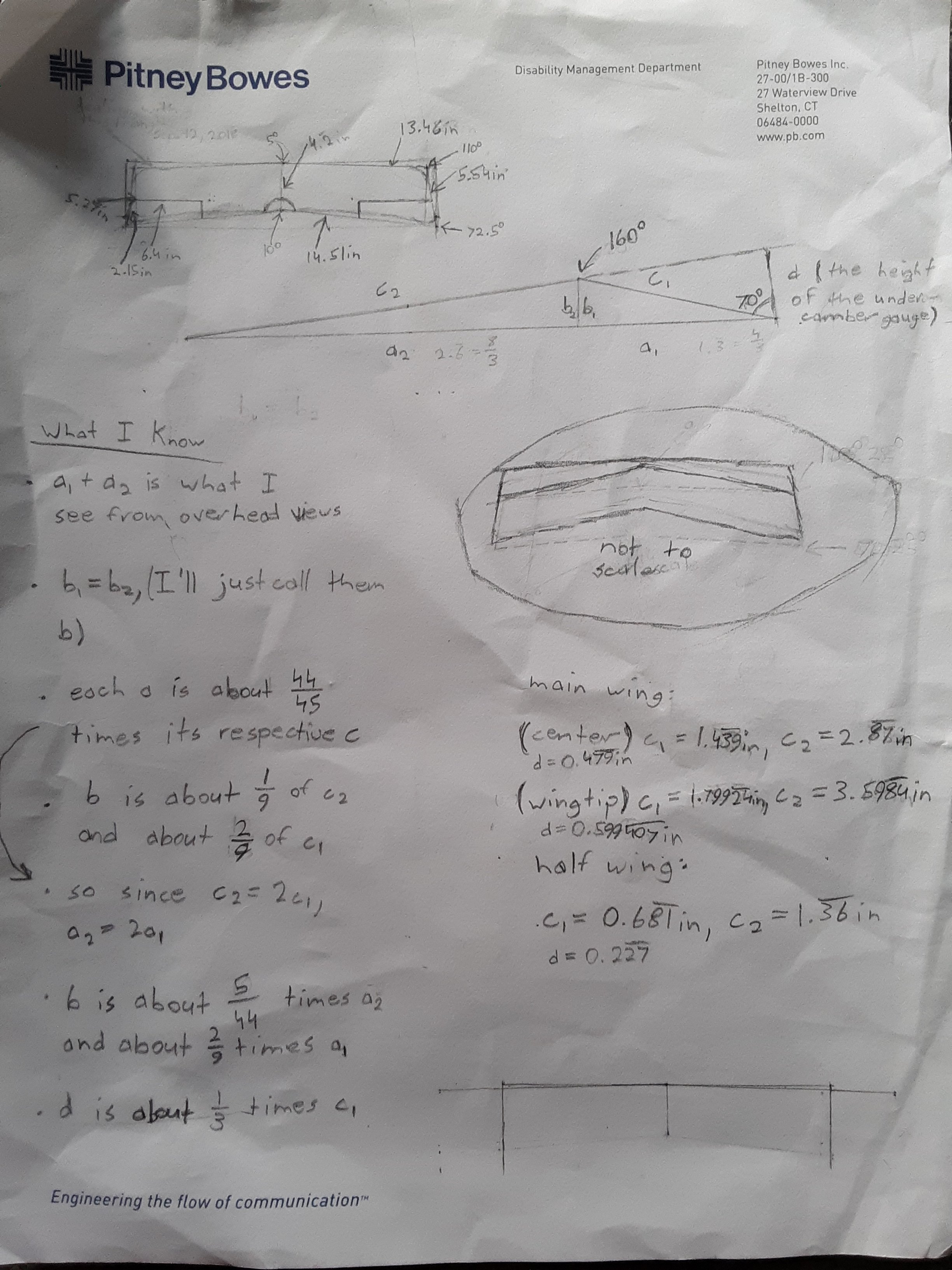 Circled is an exaggerated representation of this problem, the rest are actual measurements. And here is a 3-view of the plane I'm making: 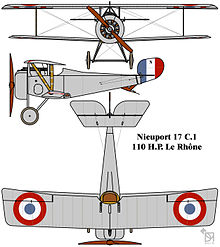 Note that it is the top wing I am talking about. The problem here is that with this design, the wing will be of varying thicknesses and increased ugliness. What I was thinking I would do was making the camber angle smaller near the center, so it matches the thickness of the wingtips. This, however, would result in the foam twisting, and I would like to avoid that. So my questions are: which option makes more sense aerodynamically and which option would you guys rather see? I am completely open to doing both.

#2
Having quite a bit of footage of the N17 in flight the ailerons actually droop below the wing TE in flight. The wing design was first used on the "Babe". For your design I would simplify its build and geometry by making it a slightly swept equal cord wing with the ailerons extended rearwards from the same wing geometry.

It is your design and ultimately your choice on how you proceed.