#1
Some of you might know, a while back I was given a bunch of old planes and parts when my uncle bought a small house by the river. The owner had quite a collection of planes and it looks like most of them have never flown, they are in various states of construction and one of them is a lovely little Nieuport 23, most likely homemade out of balsa and film probably 30 years ago and that has probably never flown. 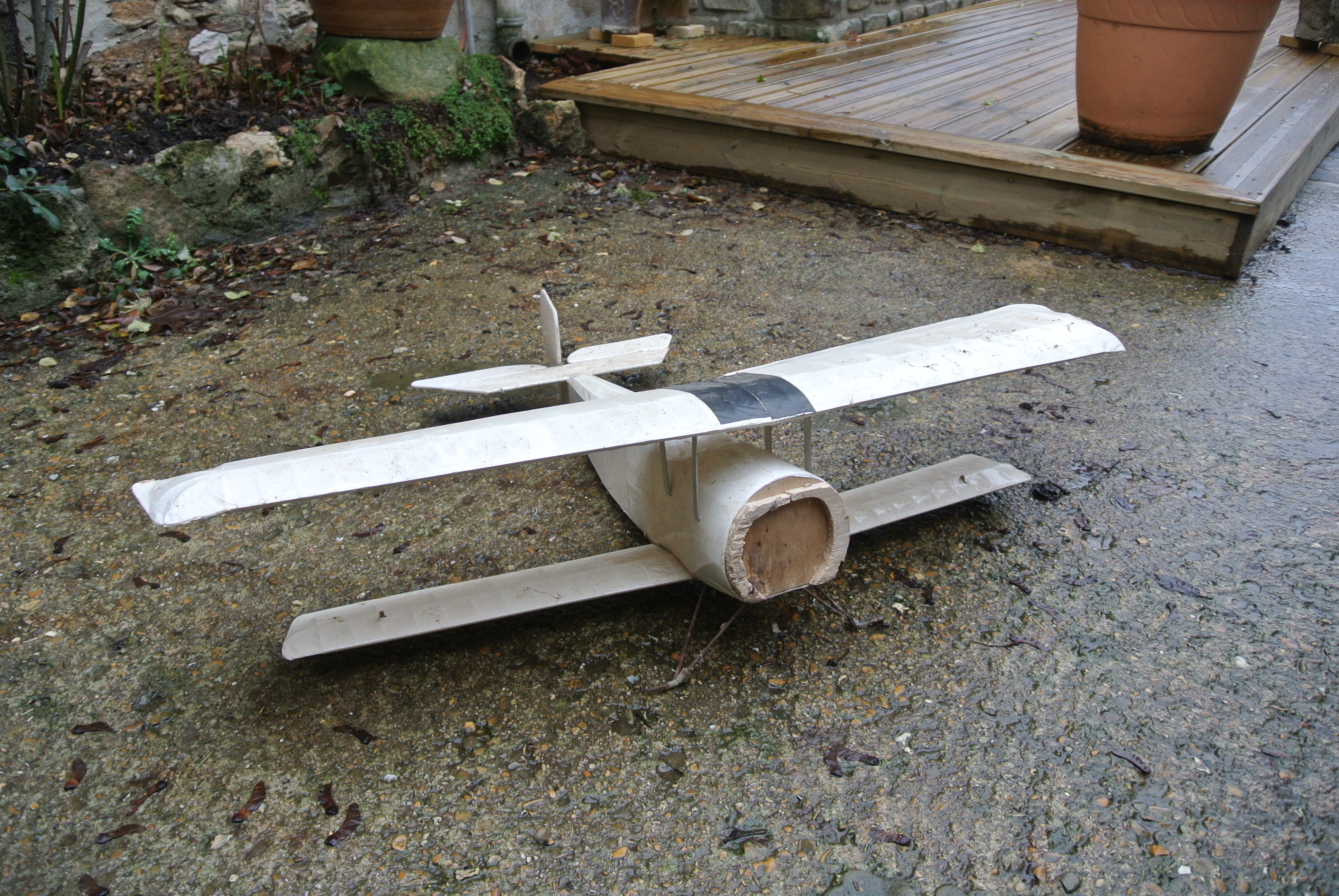 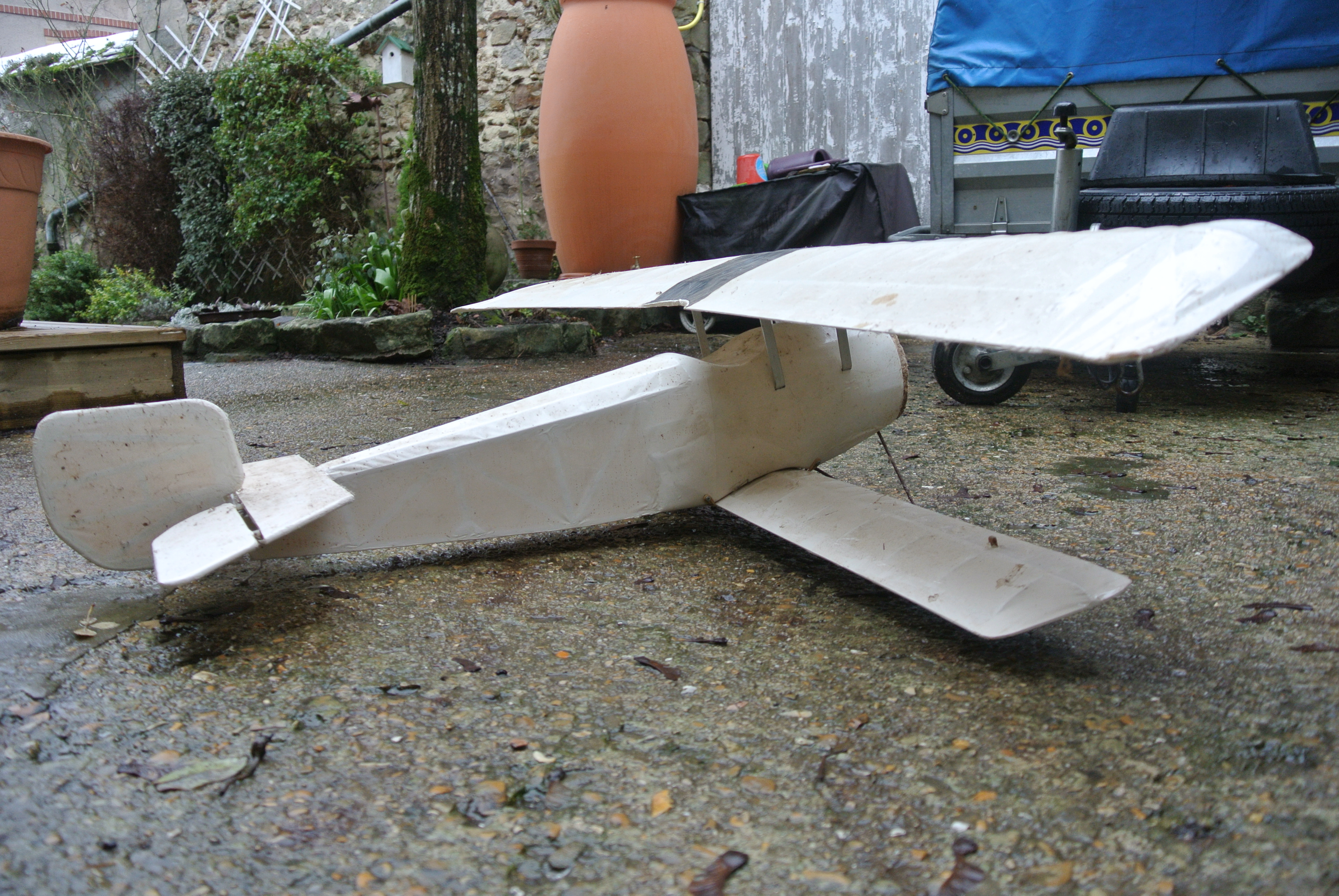 I wanted a nice bipe for a while so this looks like a perfect project.
I just need to slap a motor and two servos on there and it will be ready to go, I will just 3d print a servo tray as well as the whole front end, probably with a mock up radial as well. Im not too concerned about nose weight because I think it will need some to be balanced right, 1000kv motor with a 8" prop and 3s 2200mah lipo right in the nose should make it balance right (speaking of, I dont know how to balance bipes)
I will also have to make the wing braces, probably using 3d printed hardpoints to go over the little nips already insalled and BBQ sticks. The elevator is also a bit flimsy so I will need to fix that.

I think it will fly quite slow and being a 3 channels with big control surfaces it should handle nicely. Overall it should be a fairly simple project, I would have put it in the balsa section but it will mostly involve 3d printing.

Now I just need to wait for the replacement parts of my 3d printer to come.

#4
Great looking plane. Depending on how you want to fly, I think you will need a much bigger motor & battery

#5
Yeah I just thought about that, a 8" prop can barely clear the fuselage so I will probably need something closer to 12" on a lower kv motor.
Also, should I make the mockup engine rotary like on the real plane?

#6
Fluburtur said:
Yeah I just thought about that, a 8" prop can barely clear the fuselage so I will probably need something closer to 12" on a lower kv motor.
Also, should I make the mockup engine rotary like on the real plane?
Click to expand...
I think yes!!

#7
Just ordered a 750kv motor and 12x6" prop, should be more than enough power. It should get there in a few weeks.

#8
The parts I ordered got out of stock so I had to change my order, meanwhile I just CADed the front end. 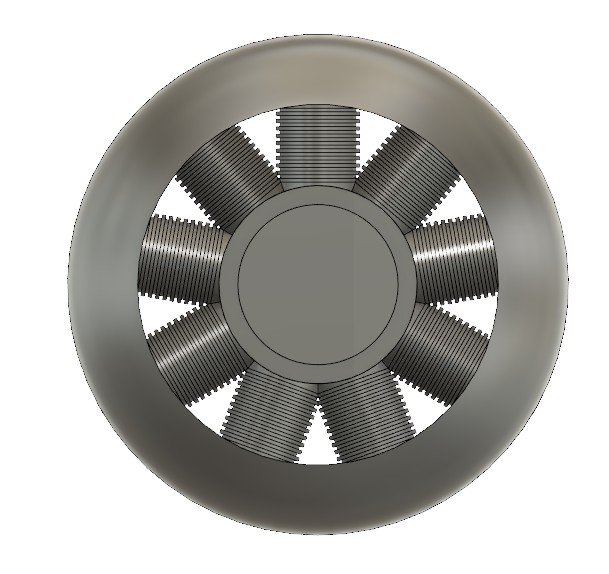 Doesnt really look like the real one but close enough to look nice in the air.

#9
Only the mockup rotary is still printing, main mounting parts and cowling are done. 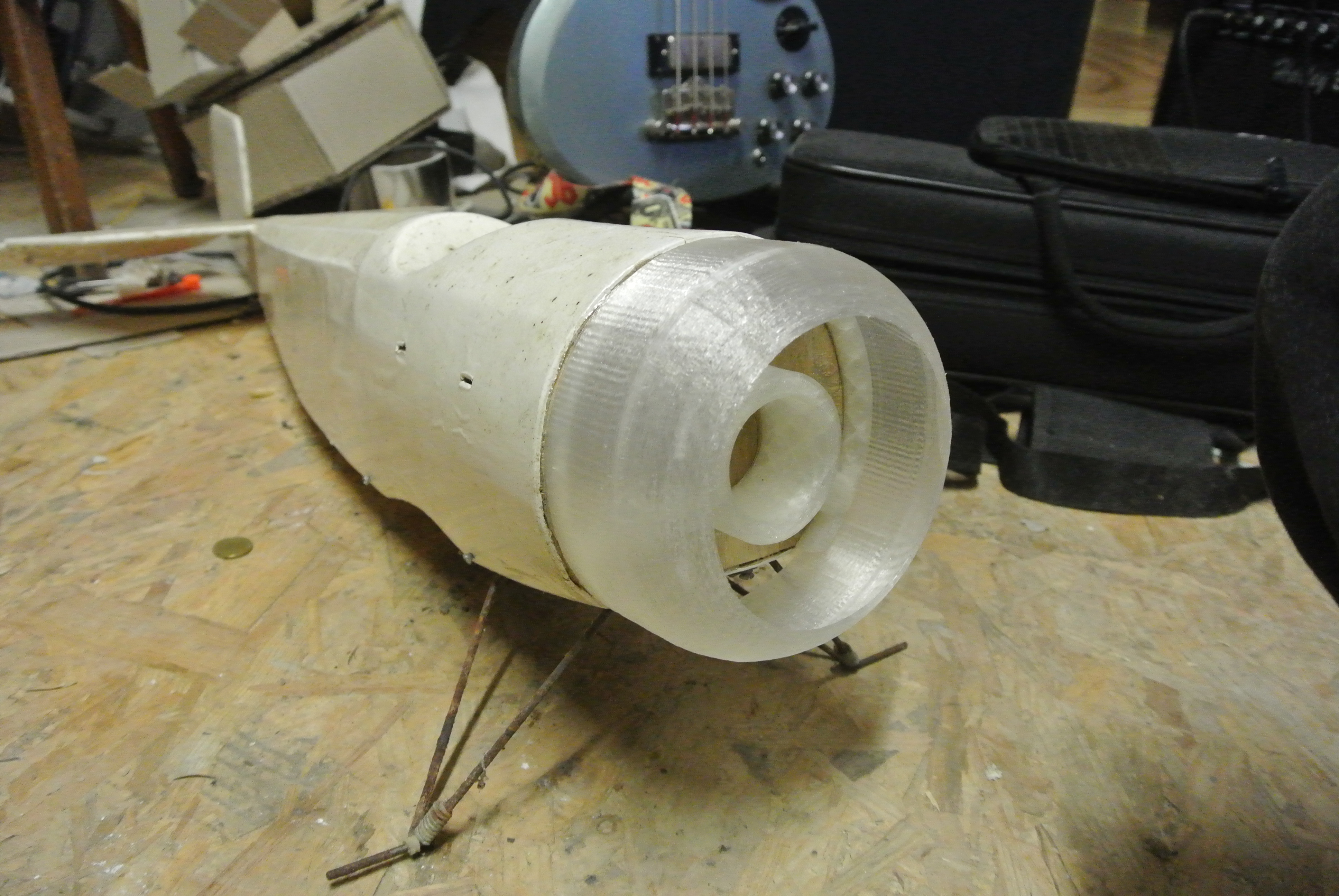 There is still the wheels and servo tray to do after that but im not really in a hurry, the parts will take a few weeks to get here anyways.

#10
I finished the mockup engine and painted it, I also started working on the wheels. 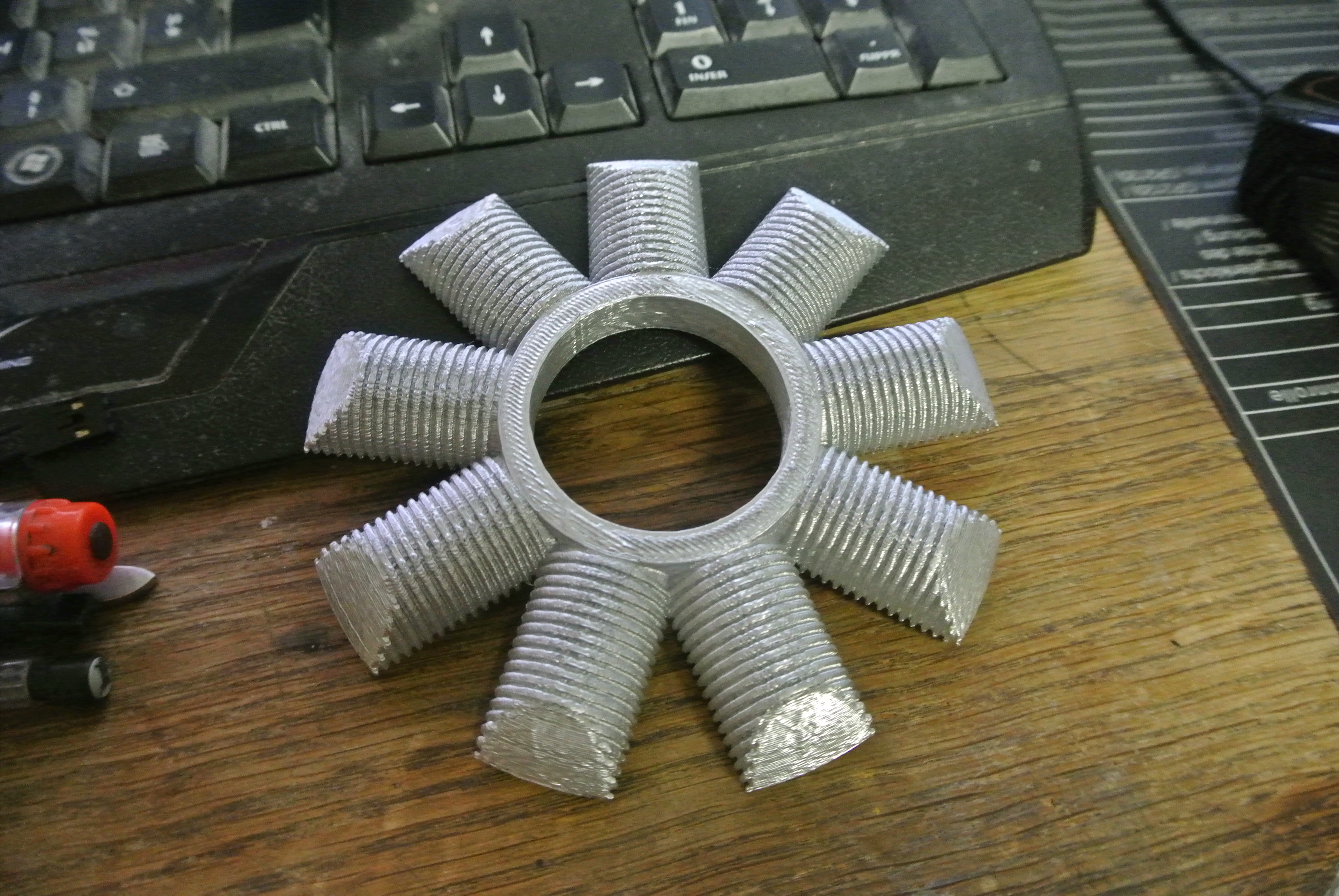 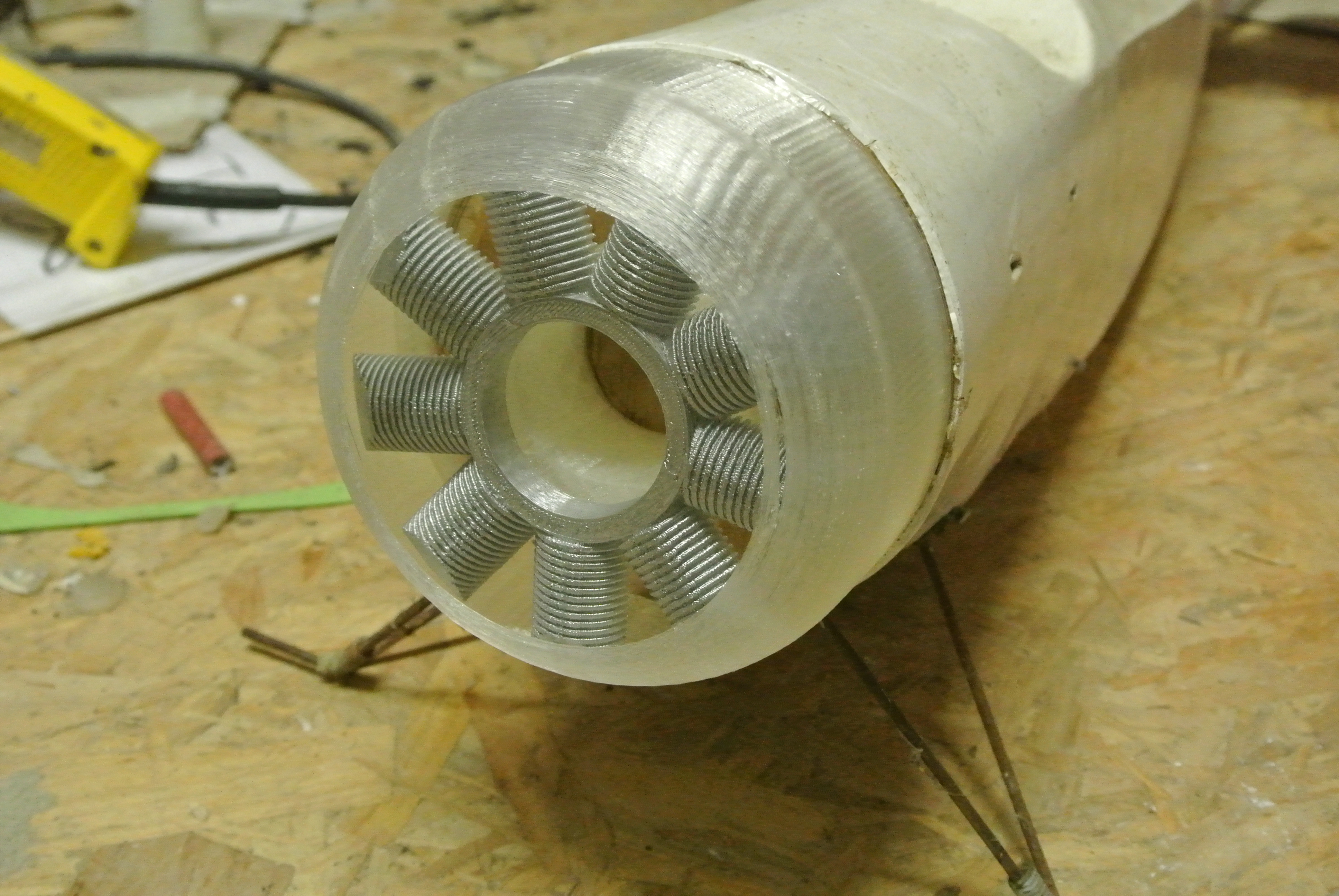 #12
I got the motor, banggood sent me two of them by accident so I will keep the other one somewhere. 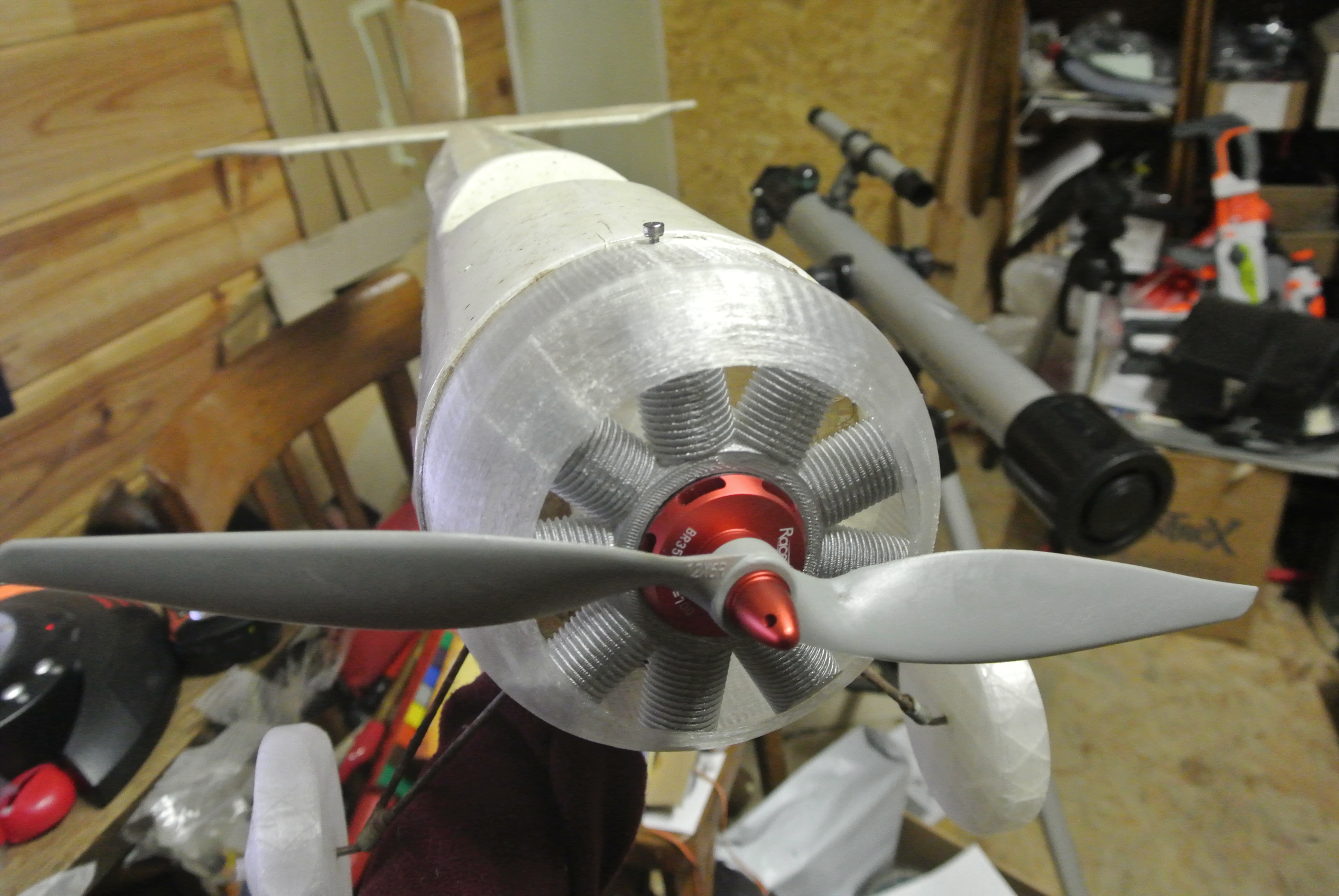 Now I will have some wiring to do.

#13
Finally got the motor wired and running, now I need to make the battery and servo holders and wire up the controls.

Mentor
#14
Nice work on the cowl and radial engine!

#15
Long time ago in a galaxy far far away, I built & flew slope biplanes. Generally they fly CG about 40- 50% of chord on the top wing, OR 1/2 way between the upper wing and lower wing main spars Depending on how nose heavy you want them and whether or not they have 1 main spar. Another method is to take chord of lower wing and forward stagger chord of upper wing and do 30 ish % of that total. Also typically with wheels, in flight orientations horizontal stab level, it should be slightly tail heavy when on those wheels. Nose heavy doesn't hurt.

#16
I finished putting together the plane today. 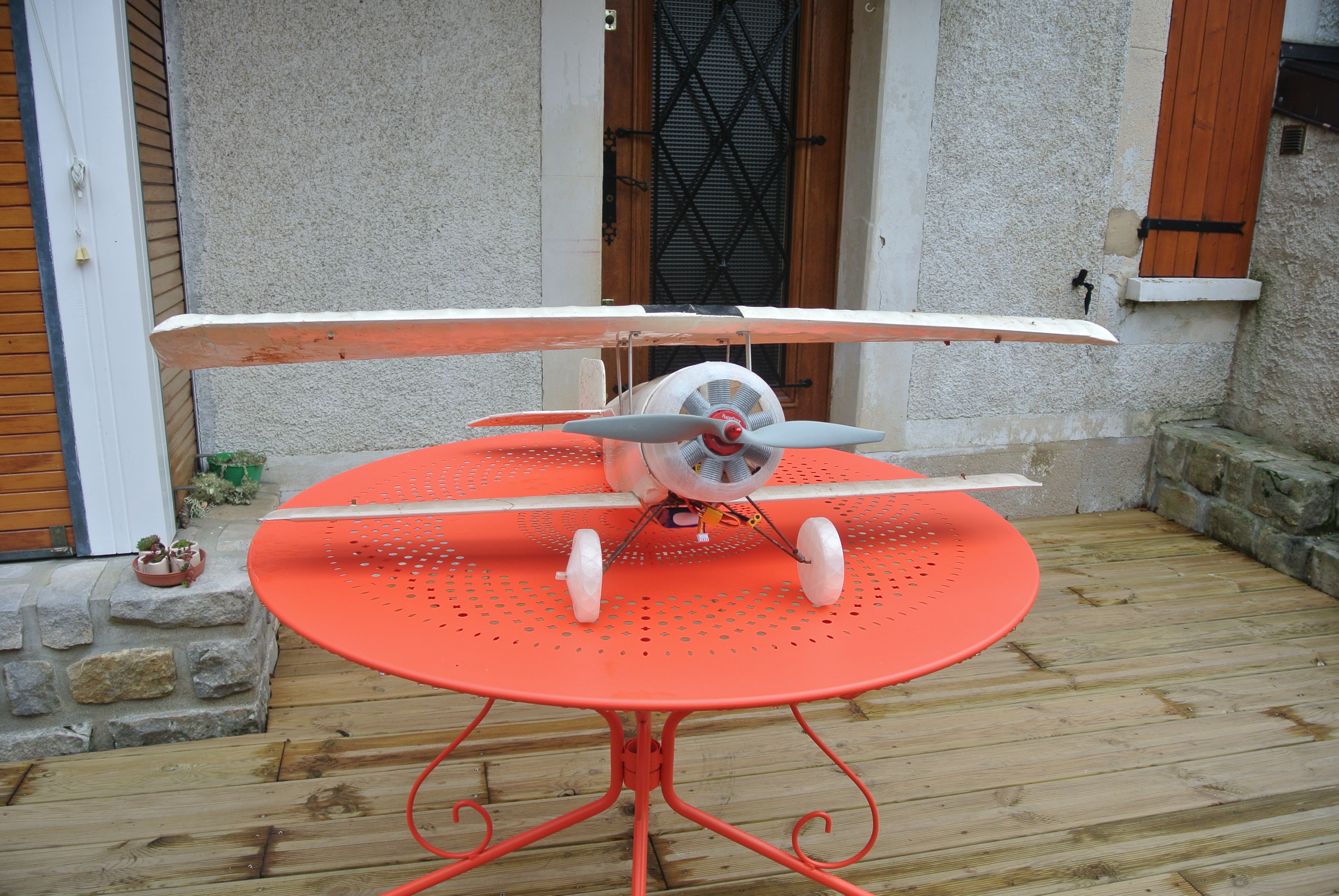 Then I went to maiden it with a friend, it went as expected more or less.

It rolled over because the wing was quite warped and no ailerons, it looked like it exploded on landing but the damage isnt that bad, I could build new wings and fix the tail and it would be flyable again.

#17
Man that must hurt.
Hope you get her all fixed up again.

#18
OOof. Hope you get it mended! Would love to see this thing flying successfully. Add ailerons!

Mentor
#19
Ouch! Yeah, that top wing was seriously warped. On the bright side, now you have easy access to the parts from the inside to use as templates!