No moving tail, only ailerons?

#1
Imagine a standard plane, tractor configuration. you normally use servos to control the angle of
1) the two ailerons
2) the rudder
3) the elevator

#2
depending on plane, how much control it would give by elevons.
2 & 3 goes good together, so do 1 &3 too, but then no turncontrol on ground.

#3
look at pitcherons, that is moving the whole wing angle instead of just ailerons and it it gets both pitch and roll (no yaw).

#5
techbear said:
..... In other words, if you only controlled the ailerons (in an elevon configuration), and the whole tail was fixed and unmoving, would the plane still be controllable?....
Click to expand...
My guess is no, I don’t think that plane would be controllable.

#6
If you make the plane into a canard it will work quite well using only the servos controlling the wing "Elevons"
See the canard Tiny trainer from a 4 1/2 years ago. It had a fixed horizontal stabiliser / Foreplane and a fixed vertical stabiliser.
https://forum.flitetest.com/index.php?threads/tiny-trainer-based-canard-anyone.29171/
It flew quite well and once the handling became familiar it was very docile and could not be stalled in the normal sense.

#7
2x4 works. I have 2 servos running an aileron and an elevator each. Elevon mix. All yank and bank.

#8
Works if the whole AoA of the wing can change, like this:

#9
Yeah that's how you fly a wing. But I'm completely with @Merv, with a tail attached it will nullify your attempts at elevator/pitch control.

Yes of course as a canard it will work, but that's a very different plane.

#10
Maybe it would work if you had a lot of up angle on the motor. Power would make it climb, trim it to have a nice glide path under idle or no power...
M

#11
I agree there are many ways to make a fixed tail plane fly. The easiest way is to set a slight up elevator in the fixed tail, then control the altitude with the throttle. Add in twin motors & use differential thrust & you've got a controllable plane, no servos at all. Many toy planes use this approach.

In my thinking, this difference is similar to ailerons vs. Vtail. The first time I setup a Vtail, I was thinking ailerons & my Vtail was reversed.
Last edited: Apr 2, 2021

Mentor
#12
techbear said:
Imagine a standard plane, tractor configuration. you normally use servos to control the angle of
1) the two ailerons
2) the rudder
3) the elevator

Just curious. Thanks!
Click to expand...
So, what you're asking about is if you have a vertical stabilizer, using elevons on a wing, would the plane be controllable? 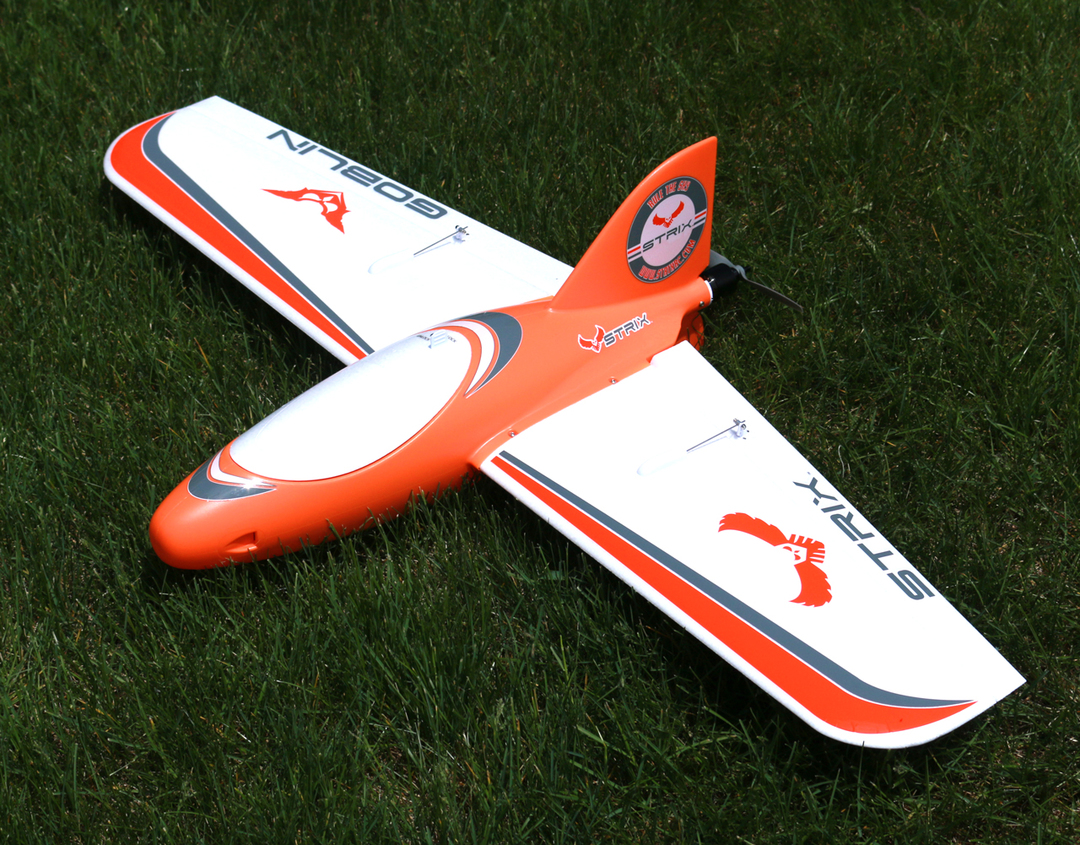 #13
You stated you wanted to use the ailerons only(in an elevon config) and tail is fixed and unmoving. Is it possible? Answer is YES!!!

What you do is make a special elevon in the main wing. Here is a picture of how it is made. 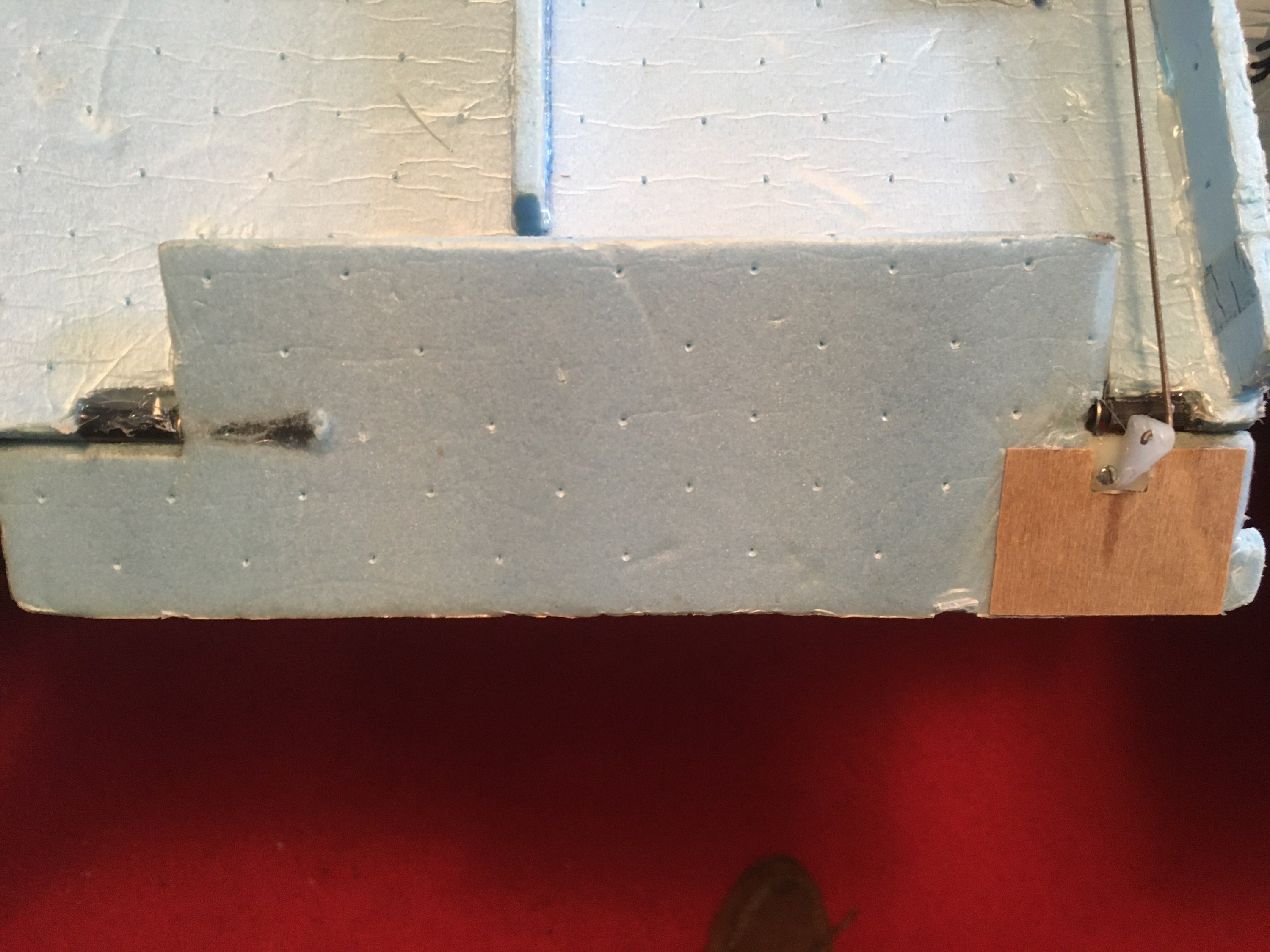 Your moving control is divided in half so it pivots. I used 2 carbon rods, one fits inside the other where one is glued to the elevon and the other to the wing. Add servo and ready to go . 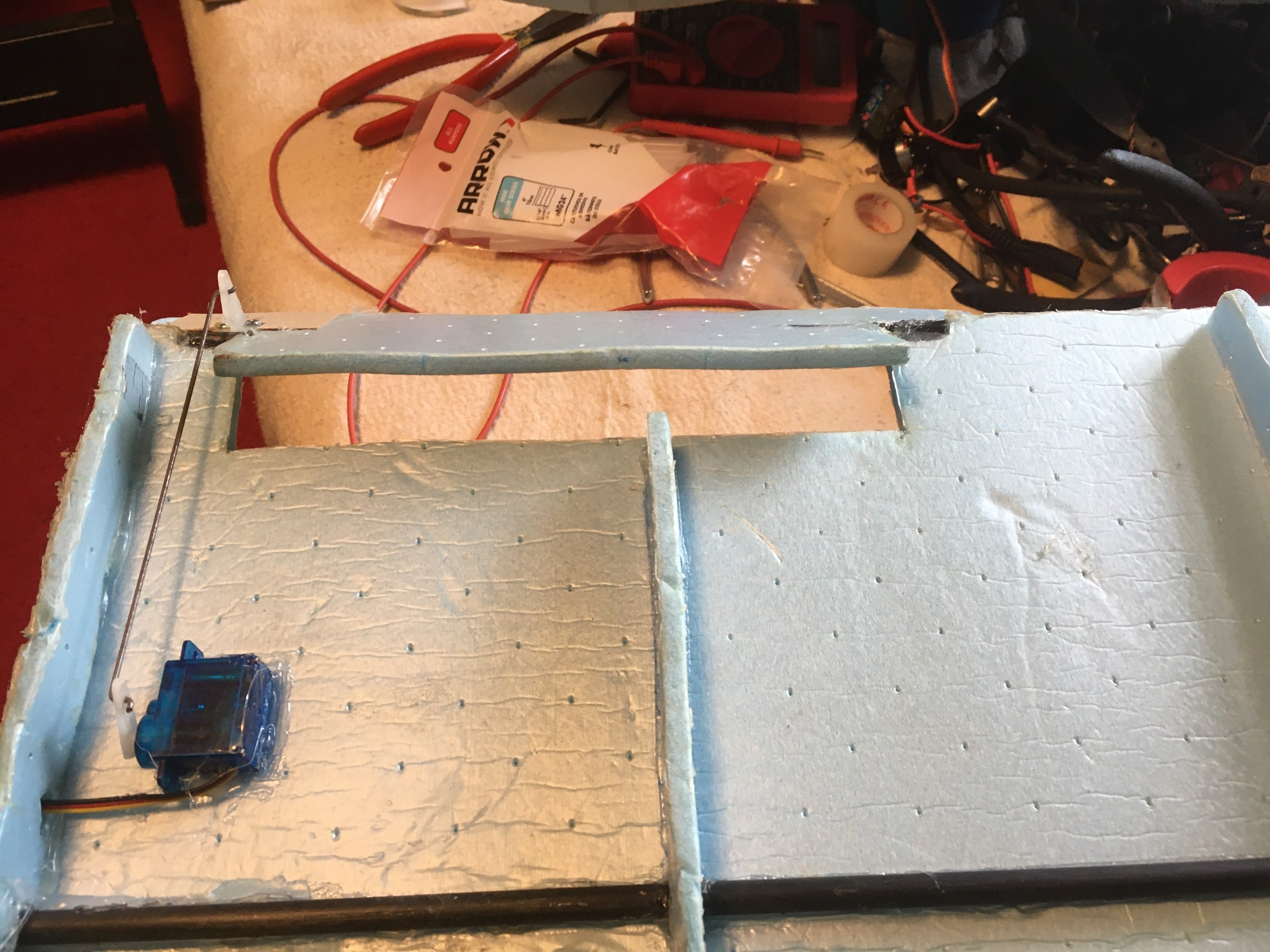 This is a top view. 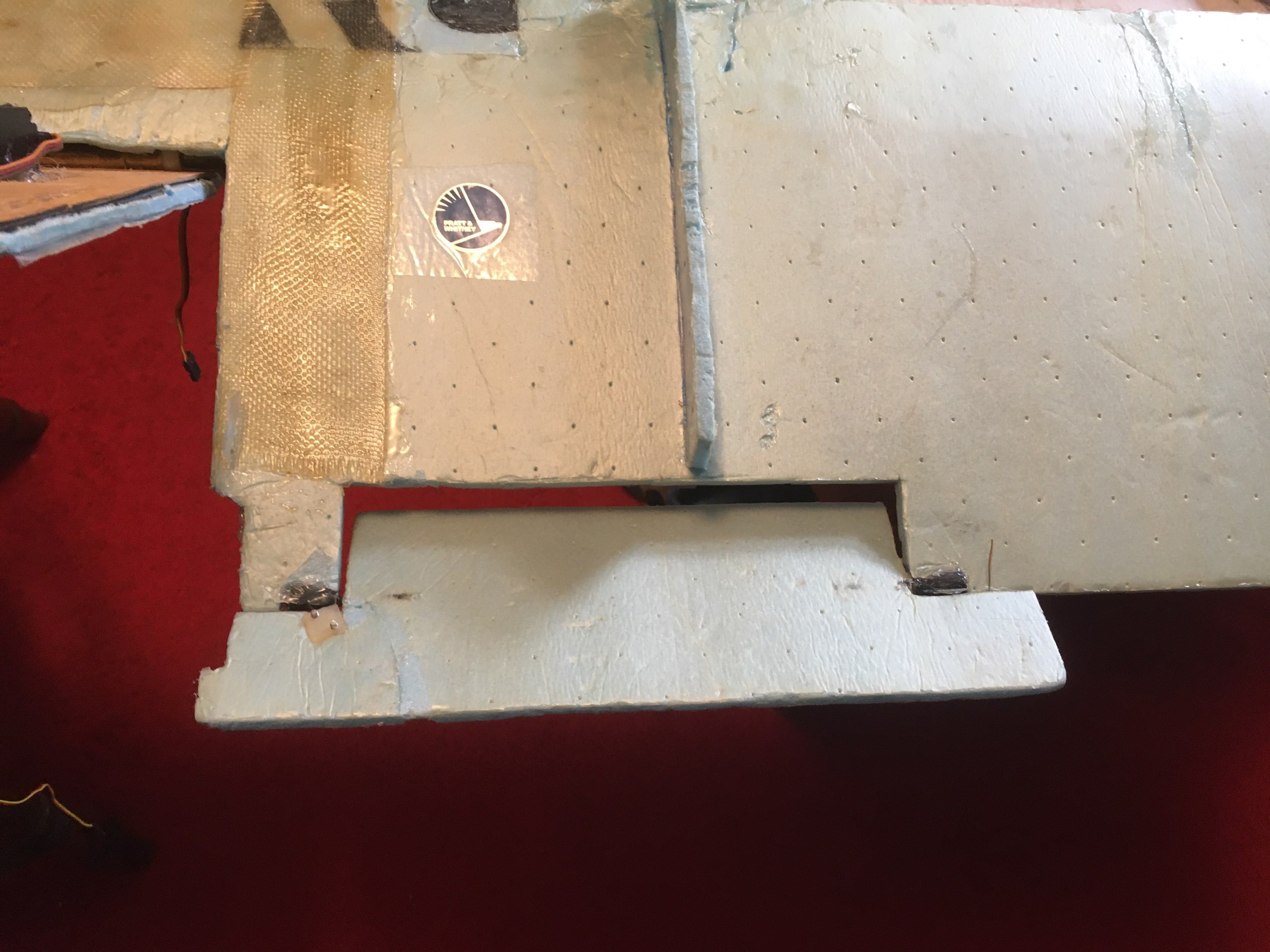 This is your top view. Concept is based on 1/2 elevon is above and the other below.

I glued the rear elevator so it doesn't moves. Hence the flight.


Here is another exploring a tilted wing (CL-84) where I had to keep the fuse and tail level. So tail had a gyro added to rear elevator and not hooked to elevon control so the fuse would always be level and the wing is fixed at 33 degrees.
Had same elevons in main wing to get it to fly. Look at 6 seconds and see them move. Love that tip stall.