#61
And now the fuselage is filled and sanded and the nosecone attached. 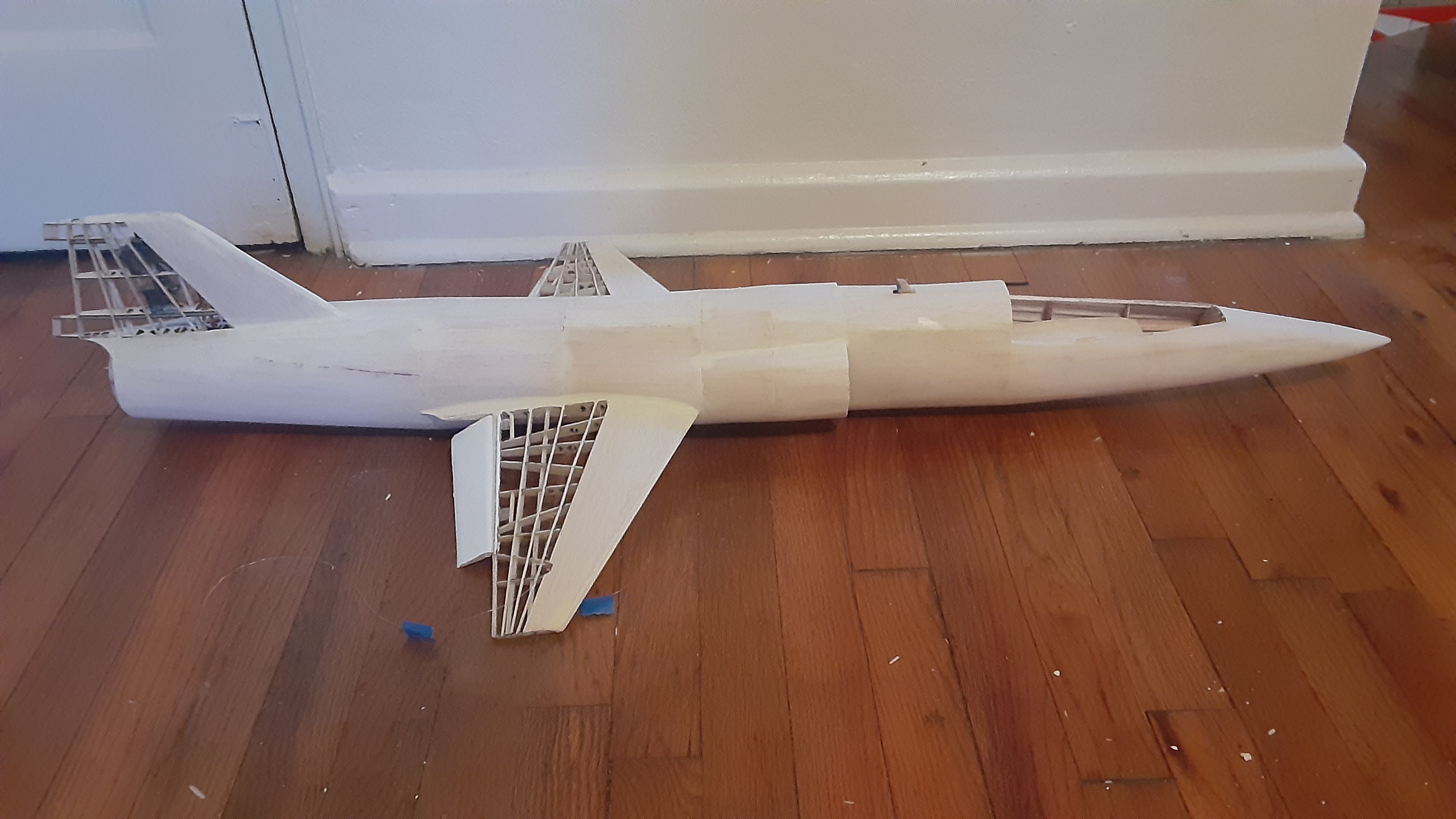 #62
That looks really nice. I know you've got it all figured out but to me it doesn't look capable of subsonic flight.

#63
TooJung2Die said:
That looks really nice. I know you've got it all figured out but to me it doesn't look capable of subsonic flight.
Click to expand...
Thanks. You're telling me. Every time I look at it I feel like I need to check back over the math again just to make sure it will get off the ground.

#64
Wings and vertical stabilizer covered. Unfortunately the weather is not looking likely to cooperate this weekend, so it may be another week or more before I can get around to the maiden. 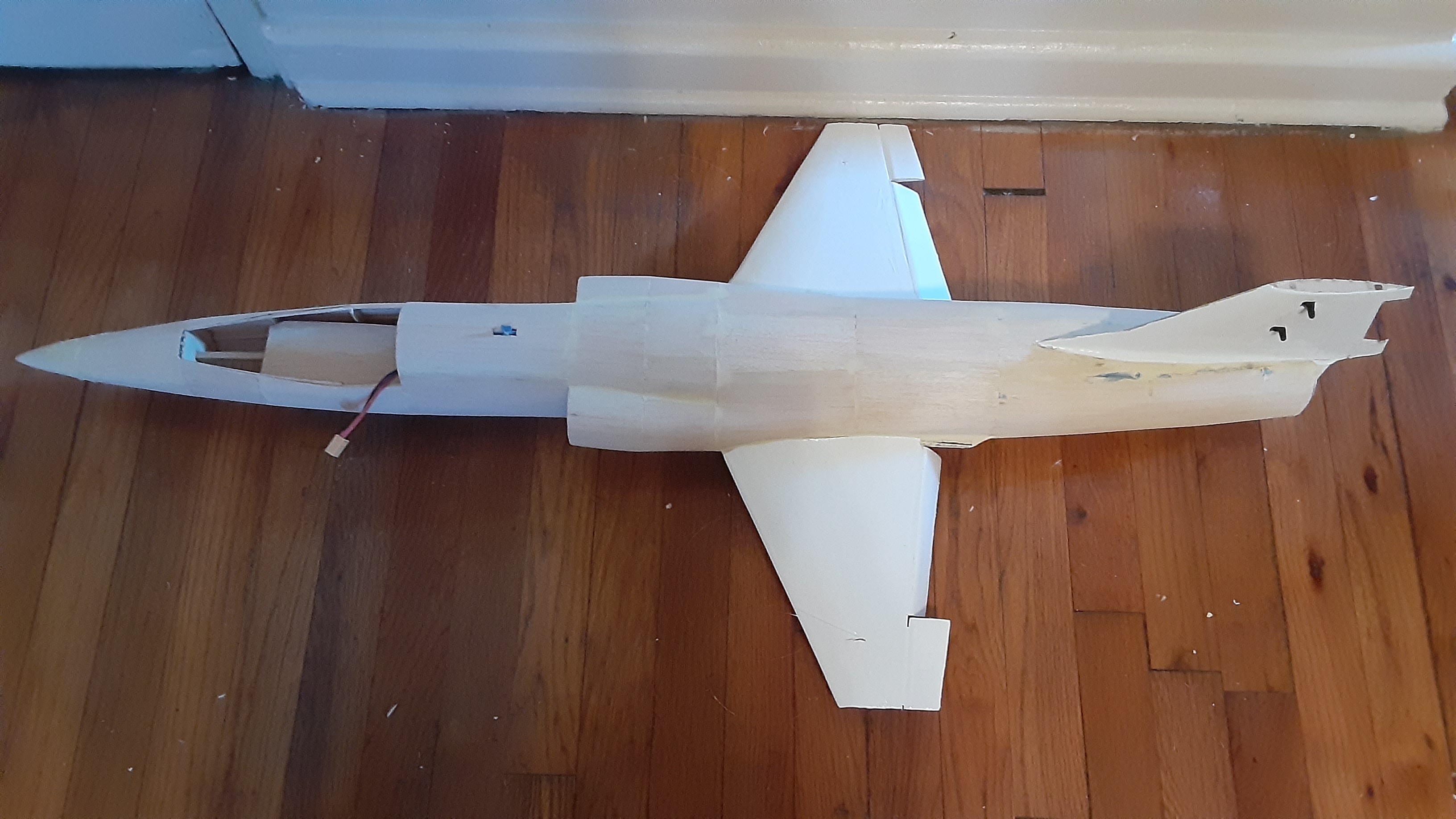 #65
More progress, with the all-moving horizontal stabilizer now installed, but also some issues. The pull-pull system for the ailerons, which worked fine prior to being covered, decided to start jamming under load, so I've decided to replace it with a rigidly linked bell-crank system which should be more reliable while still fitting into the very thin wingtips. One of the cheap retract units for the main gear also decided to die on me. Originally, I thought one of the lines to the ailerons might have cut the retract's wire, but on inspection, it was a totally unrelated issue. Fortunately, after needing to completely dismantle V2 due to the EDF unit failing, I put more thought into access to all the electronic components for V3, so it's only a few hours of work, and more an annoyance than a serious issue, but it does mean I definitely won't get to maiden this weekend and probably pushes the timeline back to the end of the month since I expect to be pretty busy with other things for a bit. 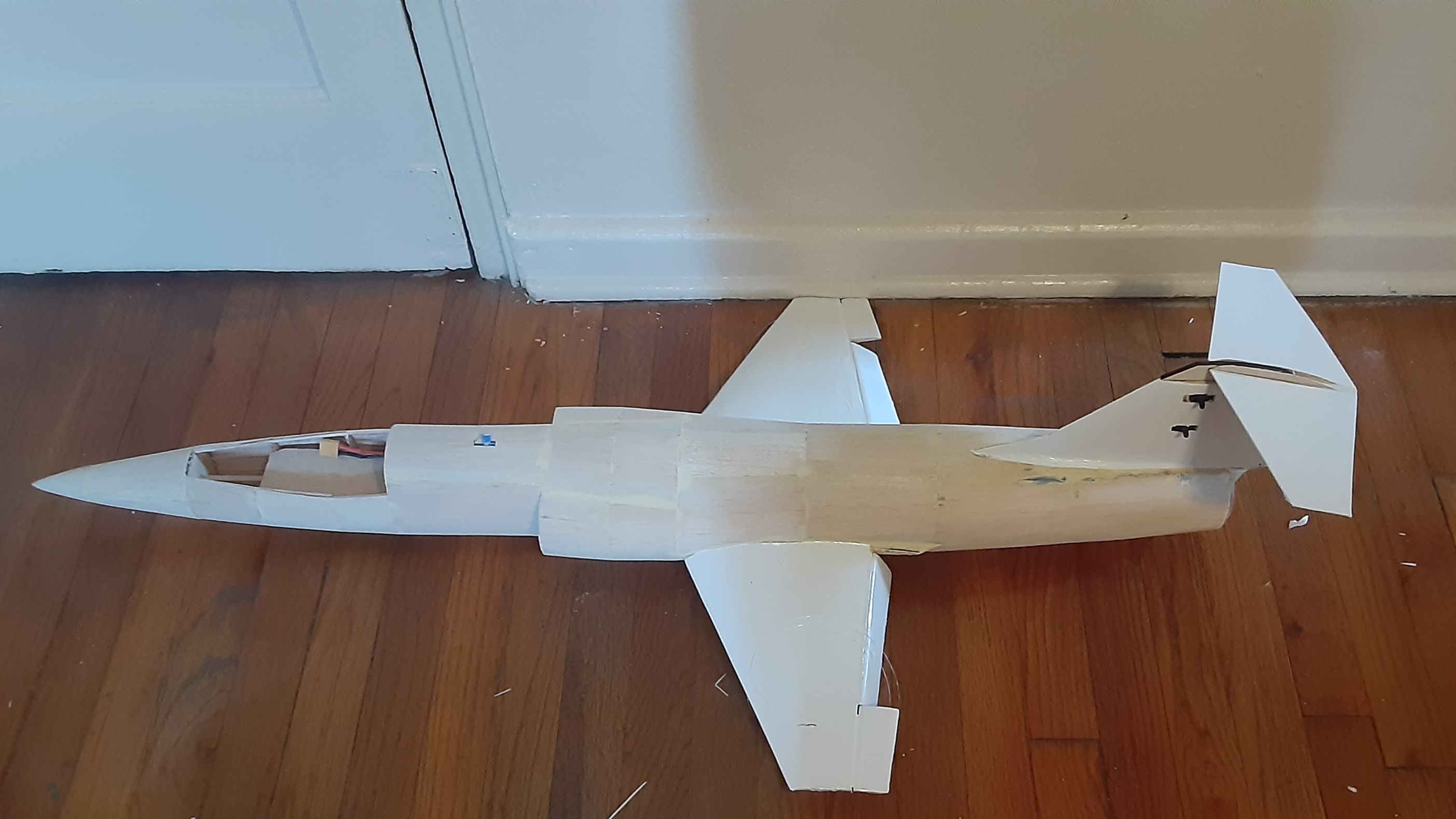 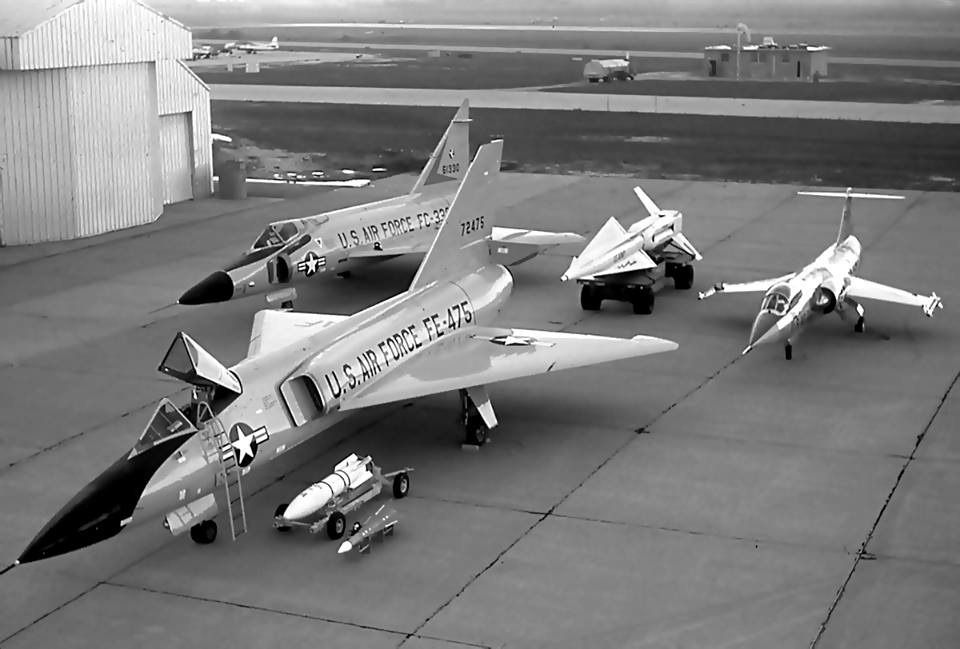