I'm quite surprised to hear that the fit of the components was so poor. Not sure what to make of the flutter. I haven't pushed my fpv wing that hard, but am pretty confident in the rigidity of the xps foam covered with the thin fiberglass.

I designed mine with time aloft in mind. I wanted to come up with something that could carry multiple cameras and be airborne long enough on a reasonably sized battery (3300 mah, 3 cell) so that the battery weight didn't dominate the payload.

From the review, it seems like the X-8 does a nice job of doing just that. Plus, I really do like the looks of it. My fpv wing V2 is going to have a longer nose, more similar to the X-8 and be tipped with a clear dome to keep the camera totally enclosed while allowing movement. I think that will be a big improvement over the X-8.

I would REALLY like to see a build video on the 360 degree angle camera mount David built!

Mentor
#3
Ditto on the camera setup. Anyone notice the resemblance to the b-2 stealth flying wing? The body sure looks like it!

#4
Great review. For those of us planning to run this plane with the APM 2.5, can you link to any custom files or settings you used?

After you pointed out the ridiculousness of that front lower camera mount, I'm considering removing that bulge entirely (hot wire?) Any thoughts?
C

Keep up the good work !
L

Hi guys, excellent Review. I do have the same plane and planning to equip it with the ARDU as well. Do you have any tips on the Setup for the Ardu or is it just straight forward? Thanks a lot
K

#7
Really enjoyed the review guys and watched it right thru. Yep the X-8 does have a few annoying fitting issues. The raised area at the trailing edge was actually an intentional addition of reflex in the wing, but I would think it looks better to tape it up (I used location pins) and just use the elevons for reflex. One of the main advantages of the X-8 is it's huge lifting capacity. Even for FPV work, you can use some of that capacity for wing strengthening to make the model safer and more versatile. I built one purely as a fun aerobatic and ridge soaring ship - a couple of vids here: 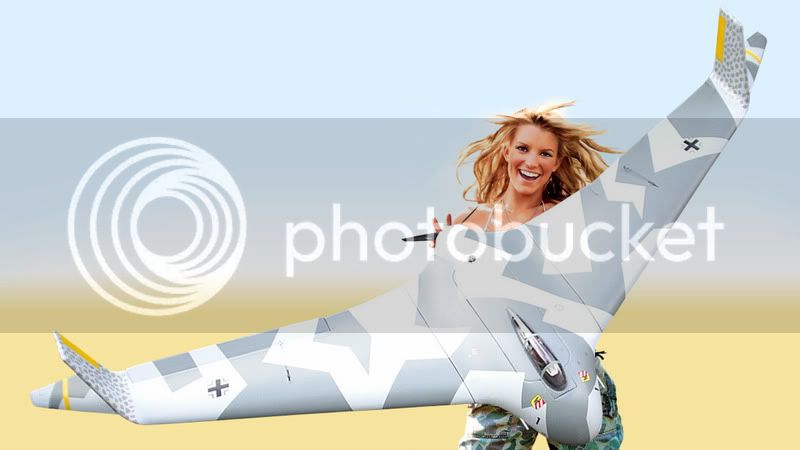 #8
David, could you please flesh out the details on the 433 LRS? Especially the antennas at both the transmitter and receiver end. The transmitter antenna looks like a full wave, but what's up with the dual receiver antennas? Half-waves? Why the angle? I guess you'd have to match up the impedance as usual?
T

Hey David, can you make a list of all the parts inside this masterpiece? Im hoping to make an exact replication of the X8 that you guys use. and what was that ground antenna?
T

Keep up the good work !
Click to expand...
I'm sure that these guys have done the right thing. If you have watched a number of their episodes you would have noticed they act responsibly.

Thanks for pointing out the obvious though.
H

#11
Hey guys can you please give some specs about the servo and pot used for the pan tilt?
G

Keep up the good work !
Click to expand...
Hajahajahajahajaj WOW! Thanks for the laughs! That's funny you even care, I don't have my Ham ticket in the Three years of heavy duty FPV'ing & never have not to mention I know several others that I fly with at our club & they don't have theirs either- LOLOLOL , we all have our AMA's ( mines a lifetime ) & I don't think any of of intend on ever getting our Ham ticket... Just sayin....

I do have one question tho! Why do you care?
X

#13
Just another request for more info on that pan system.
M

#14
What range can be expected from this setup? (video and radio)
M