#21
@Fallegon - I gave up on the Monocoat over the PLA wing and used clear book covering material instead - it is so much easier to apply as has room temp adhesive and next to no heat required to tighten it - the proof will be in the flying! 😀 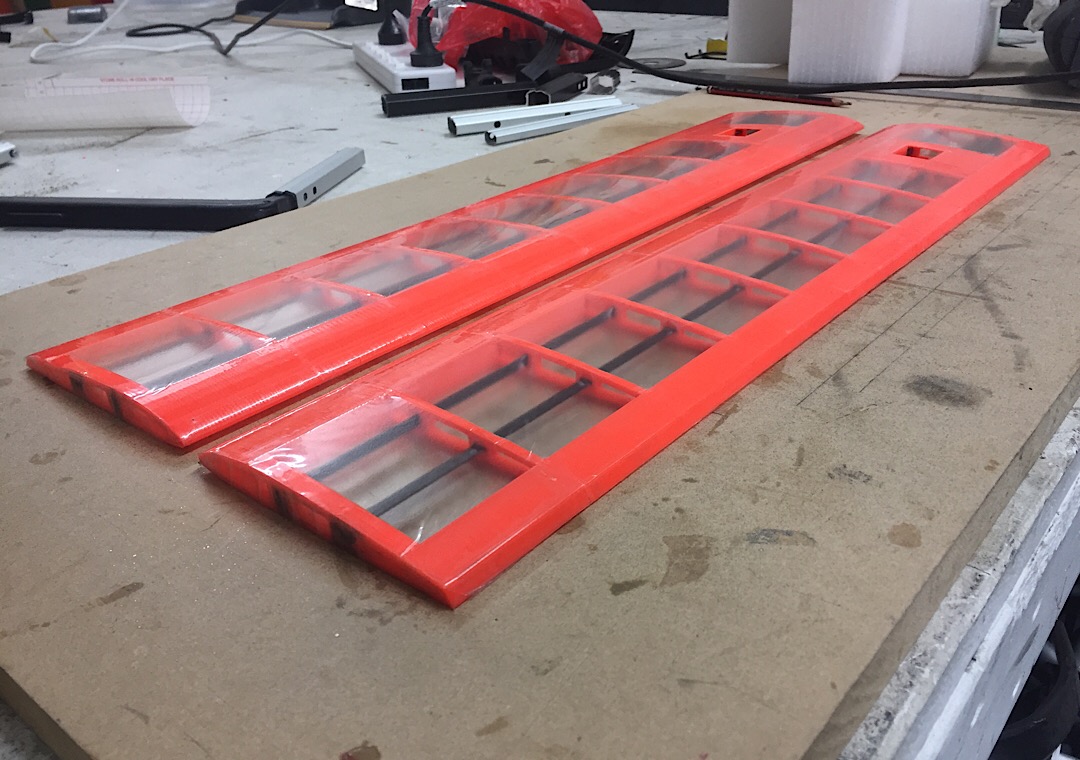 #24
I feel this thread needs a conclusion. When I was building the glider I was living in California and had plenty of opportunities for slope gliding. I was able to test the plane and to my surprise its worked amazingly. Unfortunate I now live in a very flat part of the US and gliding isn't really and option here. The glider didn't survive the move but the proof of concept was there and I was satisfied with the results. I'm glad I could at least maiden it before its demise.

Now the glider certainly had its downfalls. The attachment for the wings was flimsy at best and is a huge failure point for crashing. If I were to do it again I would keep the foamboard wings, maybe proliferate it and apply a skin, but the carbon fiber strips were not strong enough. The wiring inside was getting messy. The gimbal for the camera was also a hot mess. The 2.5g servo's I found were just not powerful enough or reliable enough to handle the movement and weight of moving the camera. They were easy to break and annoying to replace. I was never able to glide in FPV since I had no clear canopy and had printed a solid cover over the camera for a line of site maiden.

#25
It's a shame it didn't survive the move, at least you got to see it fly once. How did you make the vario?