THe rebirth and converting of a Kunai

#1
A while ago I was at my local hobby shop and just browsing. I was not looking for any thing in particular as I was trying to pass time while we were by the shop waiting for my sister. I looked up at the ceiling and there hanging was my purchase of the day, a broken Kunai for $70. The offer was to great to pass up. I did not know what is was at first and I thought it was just a dlg but boy was I wrong. I purchased the plane not knowing what this beautiful bird actually was and rushed after getting my sister. The first thing I did to it was straightened the elevator connect the two sides together as it was no longer intact there. I concluded my work for the day after giving the plane an overview. The fuselage was badly cracked in multiple places other then the horizontal stabilizer and the fuselage it looked great. It was also missing the canopy hatch.

The next day at school on my free time I stated to look up the plane on the web. I then was sacred off the sheer speed the thing had. I then thought that it might be to advance for me and I put away in my closet. It sat there for almost a year while a grew in the hobby. I knew I would come back to it but I did not know when. I then moved to Georgia from Utah where I had purchased it. During the move, not even a month ago, I was beginning to think I would have to get rid of it because it was to big for any of our boxes. I ended up finding one I could squeeze the wing into and it came with us.

Now in Georgia I was bringing out my planes to see what I could use to fly in my new yard and got the hype to work on the plane some more. So I asked my dad, an expert in composites and materials to come help me fix the plane up. We went to the garage where I pulled out some epoxy. We then taped the plane and put the epoxy down in all of the cracks and holes of the plane. That is where the plane is right now in the garage curing with epoxy. Tomorrow I will have to sand down the excess to make it smooth. Sanding and painting will follow.

I will be laying carbon fiber over the over the wing and stabilizers make the plane composite. The conversation of the plane will be into a discus launched glider. I am going to have to figure out a nose that can be formed to be screwed on from the backside of the firewall so if I want to go back to the speed demon I can.

In the pictures you can see damage done to the plane and my dad and I putting epoxy in the cracks/holes. Keep posted for when I keep working on it. 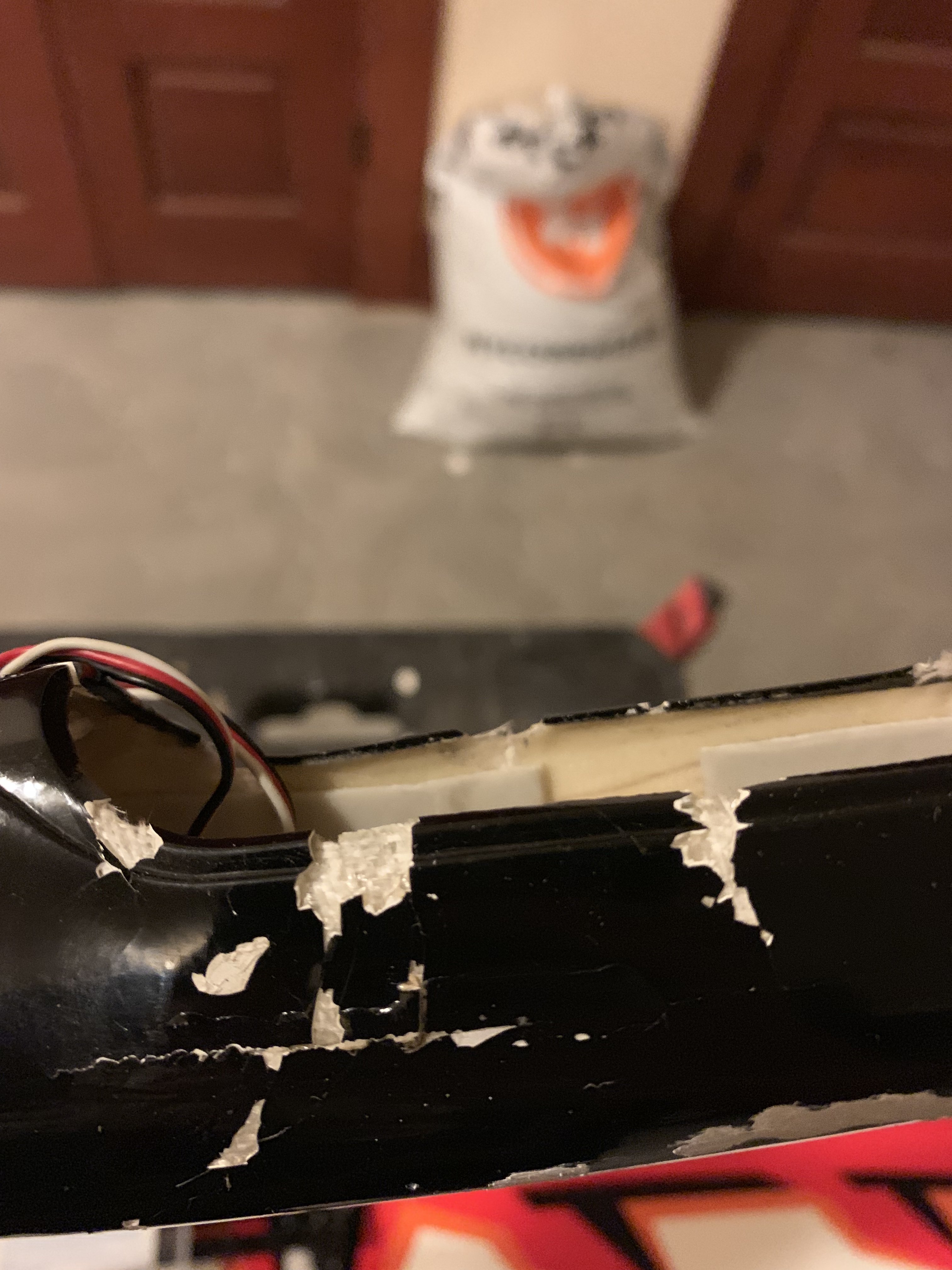 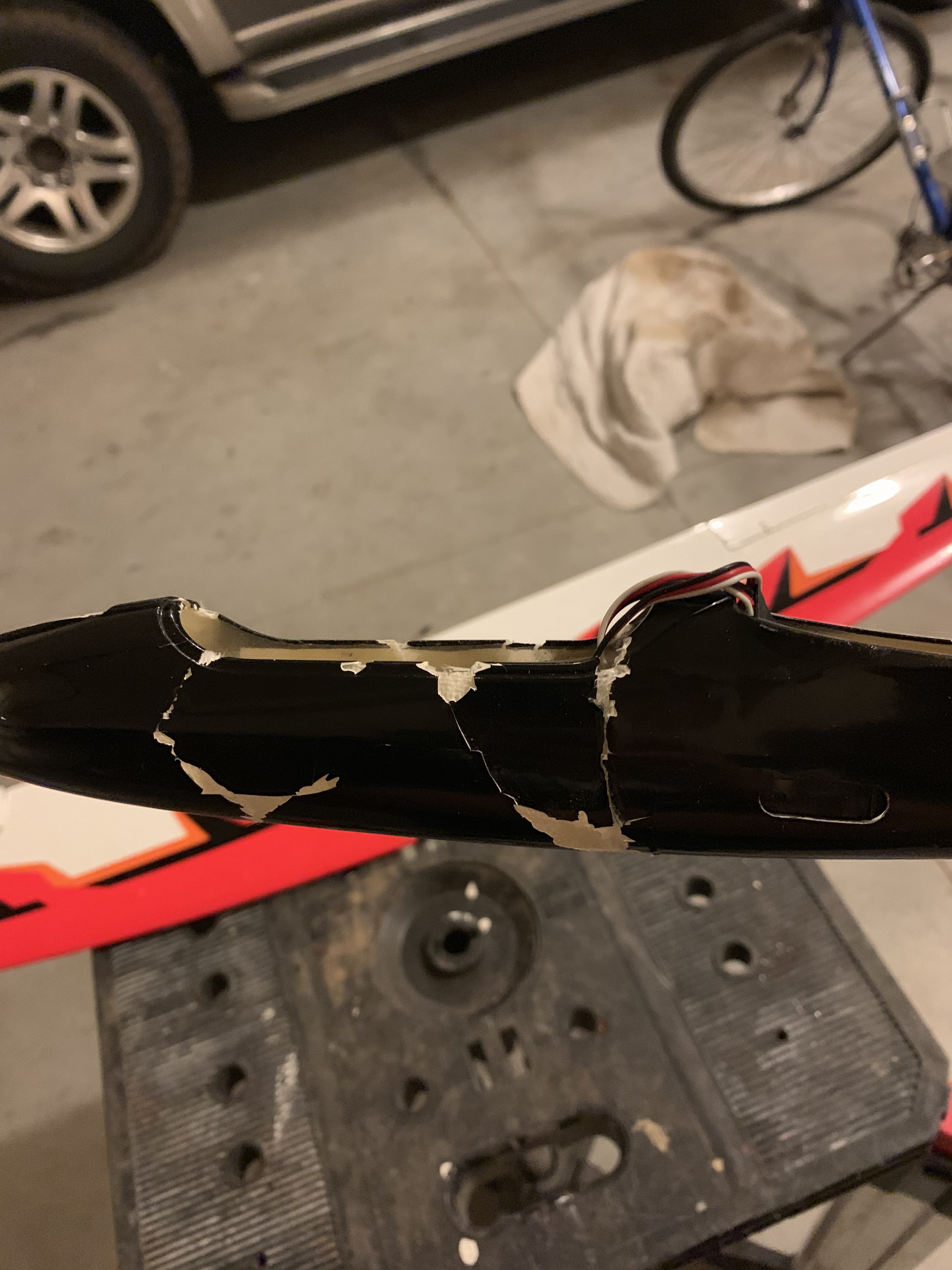 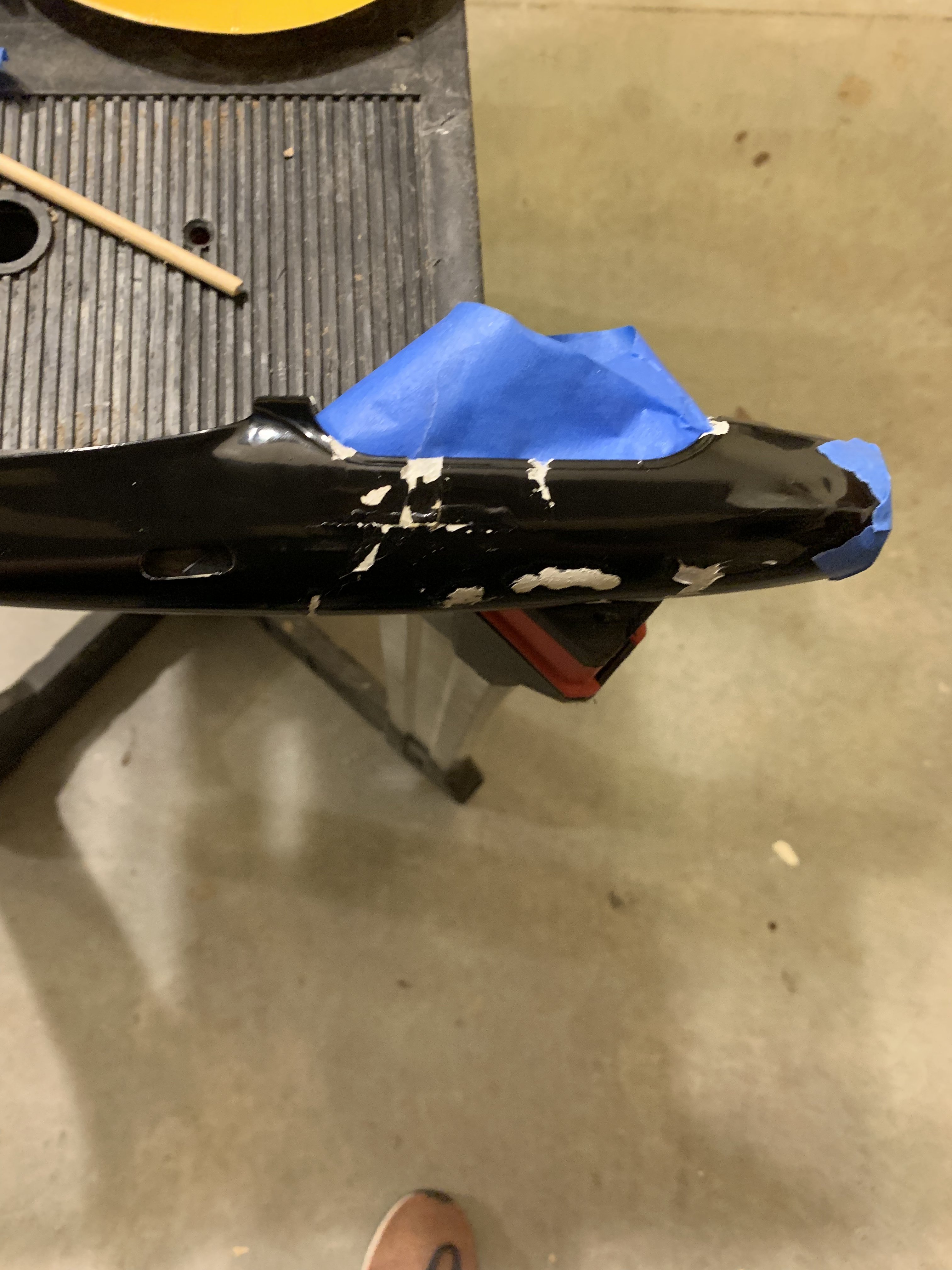 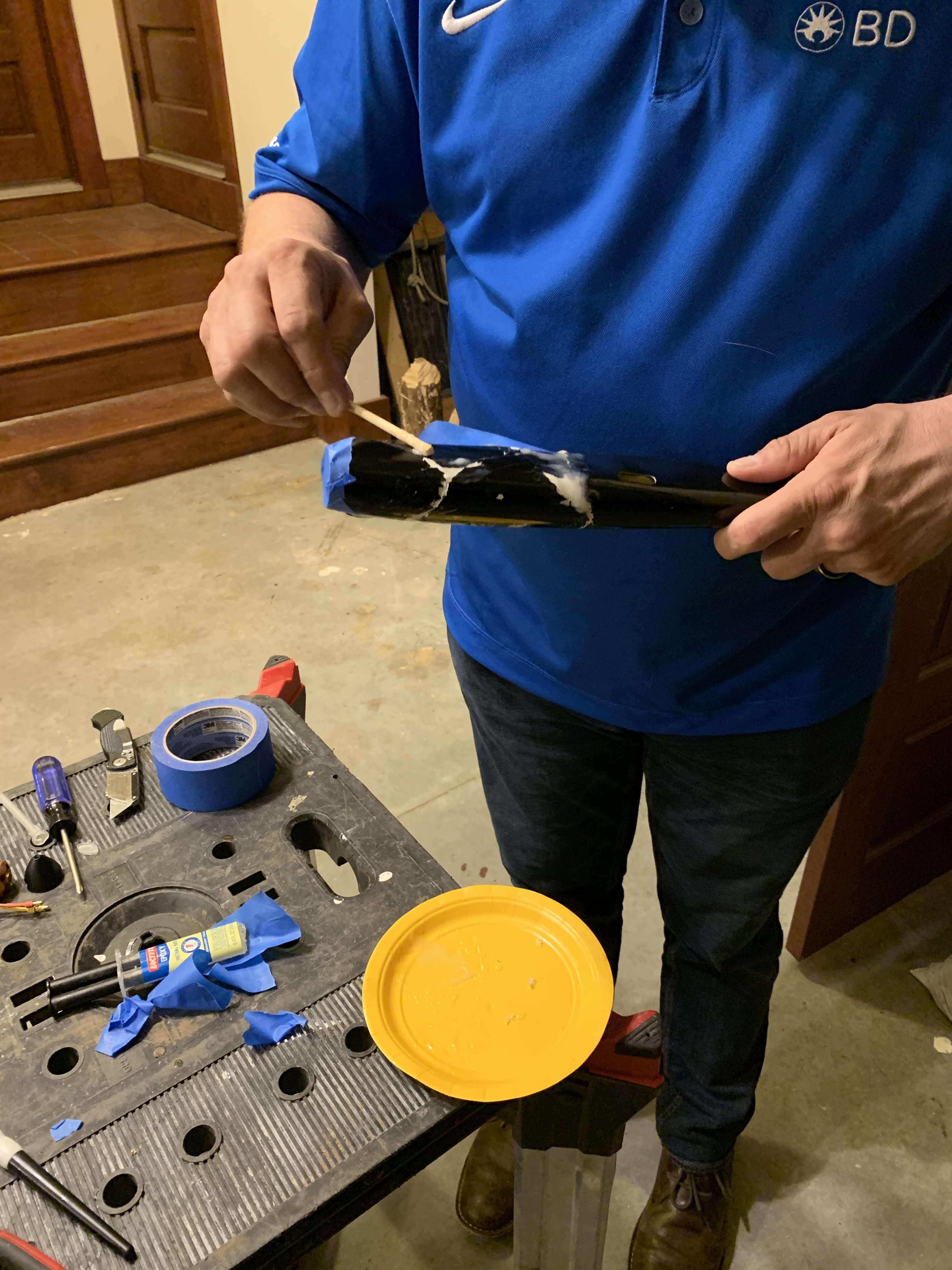 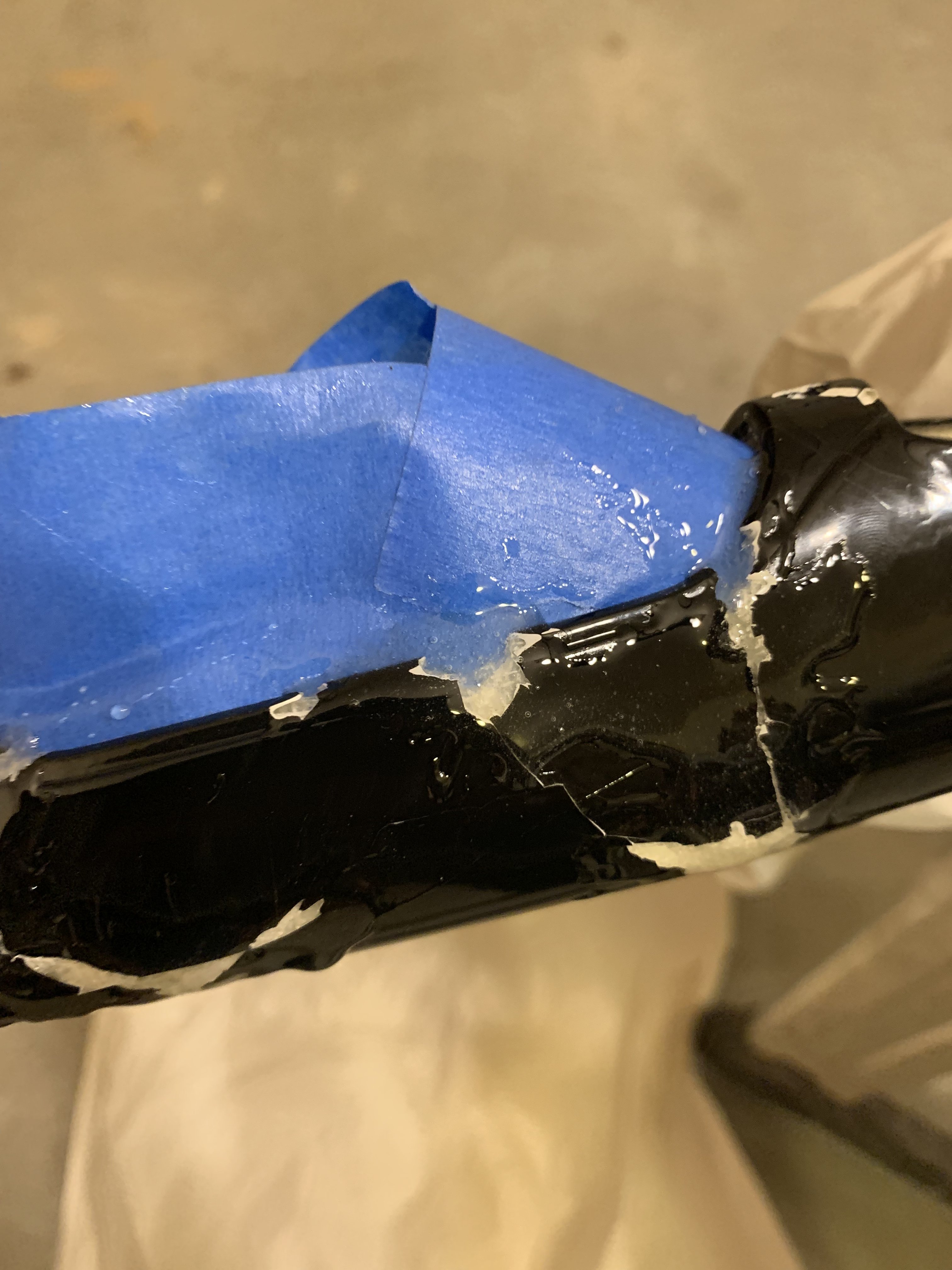 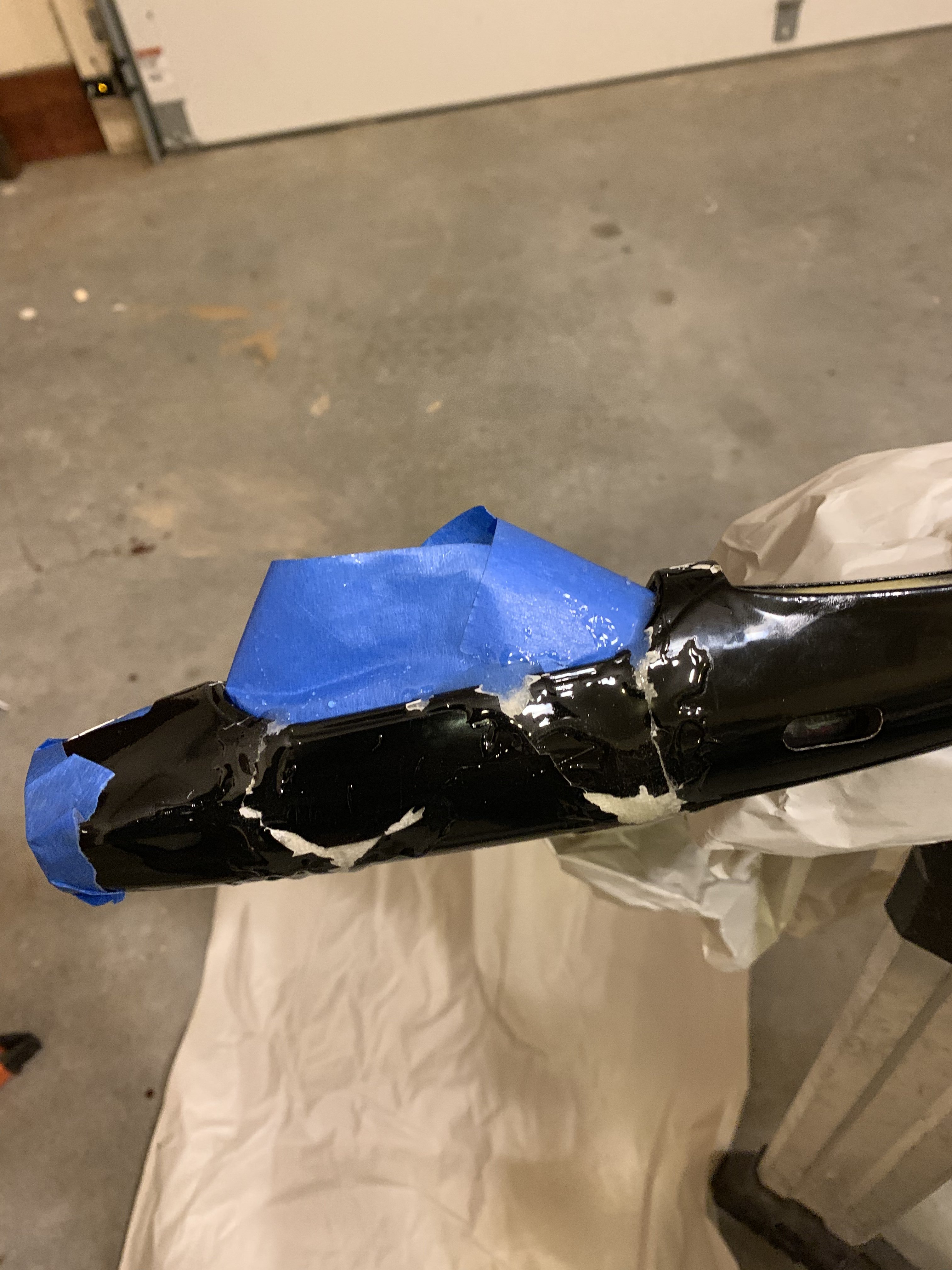 #2
Any news or photos of the kunai? I recently bought the arf to use up some spare parts on the desk. How did things go, and what would you say to a first-time kunai flyer? It's good to know it can take a beating, that looks like some serious damage.

#4
Keep us updated. I just bought a Kunai ARF last week. It’s still currently in the box in the back of my work van. Waiting for the opportunity to sneak it in without the wife seeing it. I have so many new unbuilt planes in the attic that she won’t notice this one, she’ll just think it’s one I brought down to build. I’m going to use the stock motor & prop to start out with, then probably upgrade it a bit for more speed.
You must log in or register to reply here.
Share: Facebook Twitter Google+ Reddit Pinterest Tumblr WhatsApp Email Link
Menu
Log in
Register