#1
Hi all,
So my uncle has an old plane from about 2001. It was originally a gas motor plane and he hasn't flown in nearly 20 years. He's looking to upgrade it to an electric motor. The plan weighs about 4lb with about a 6' wingspan. He isn't looking for a super fast flight, just something to get him back in the air.

I'm looking for recommendations on the motor/ESC/Battery combo that he should get.

Any help would be much appreciated. 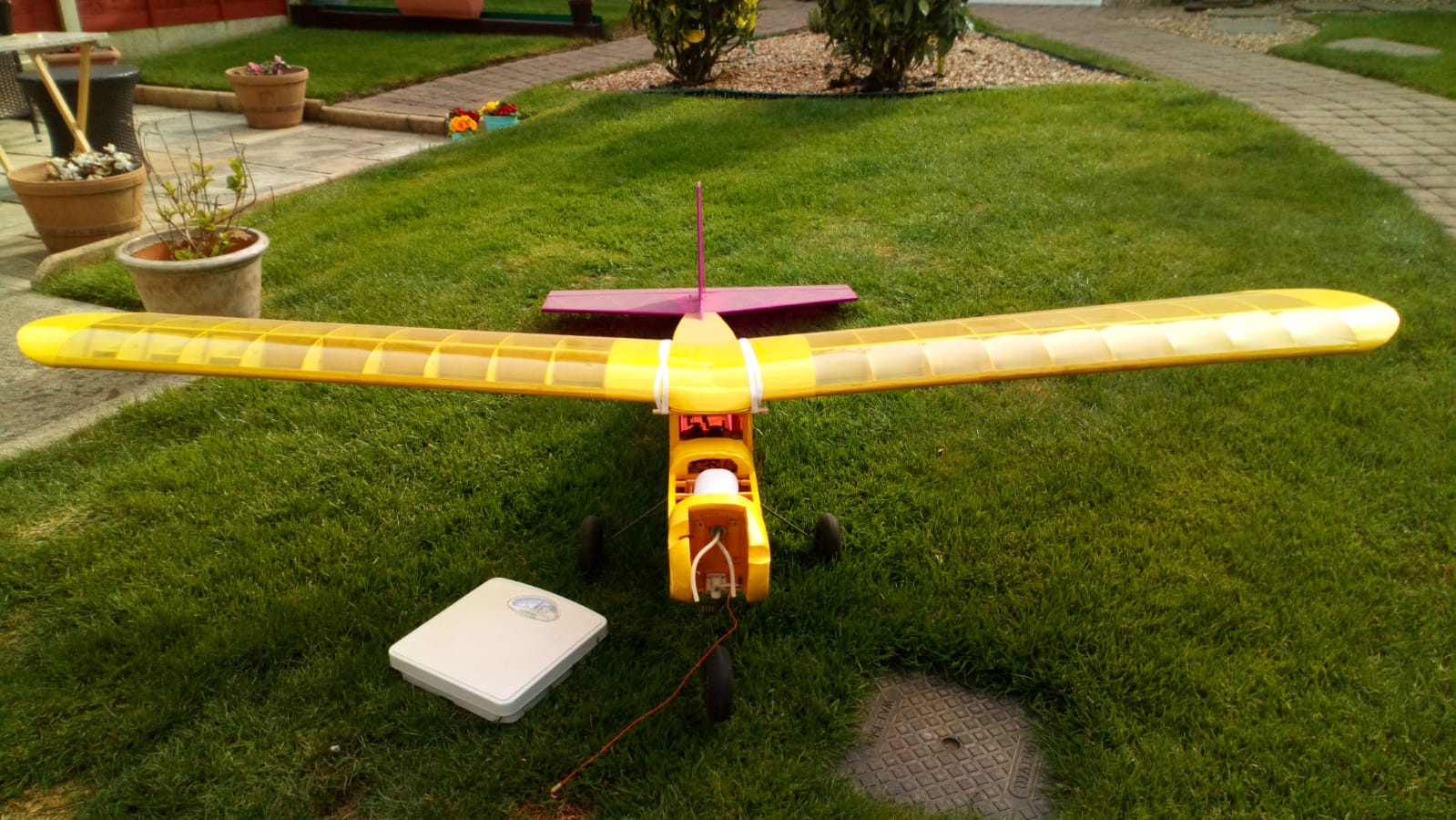 #2
Looks like a Kadet Senior. Given the dihedral I'm also guessing this is the 3 channel version with no ailerons. I've had two of these and they're great to fly.

The nice thing about Seniors is they weigh nothing for the amount of wing area they have. There's absolutely no need whatsoever to overpower it. They will fly fine on a 40 size glow engine and sometimes you can get away with even less. Then again you are using electric power here so it's a little more complex to figure everything out but it isn't at all hard. A good rule of thumb for power is 100 watts per pound for a trainer type plane (which I would say this is) and then the amperage of the ESC and corresponding battery size can be determined from the draw of the selected motor. So if we just add about 1.5 lb to the weight estimating that's what the final installed electronics will weigh, then we get a power requirement of 550 watts for the motor. If we find a motor that produces that amount of power at a specified amp draw, say 60 amps, then we can run it on a 60 amp ESC though it's never a bad idea to install a little bit larger ESC than you need just as a margin of safety, as motor amp draw can sometimes be lower or higher than factory specified numbers for a lot of reasons. An 80 amp controller would do it in that case, and then we can just find some batteries that will safely put out 80 amps by multiplying capacity by C-rating. Beware though that in almost 100% of cases the stated C-rating is wrong (very, very, few lipos are truly capable of more than about 30-40C without damage) and so it's always a good thing to use a larger battery than you need while not making the plane too overweight. I think something with at least 4000 mah capacity would do here.

Mounting an electric motor to the fuselage is a little tricky because electric motors are much more compact than glow engines so if a motor is mounted directly to the firewall the prop won't clear the cowling. Sig used to sell a special box to mount an electric motor onto to move it forward; I'm pretty sure they still sell it, as i think I just forgot what the name of it was and couldn't find it.
Last edited: Apr 23, 2020
L

#3
This is great information, Thank you!