#1
Hey y’all…I’m a total newbie. Are there instructions in how to install landing gear? The plane I’m building is the ft mini Corsair.

#2
Hey there, When i built the mini corsair i didnt put landing gear on it and it was a belly lander however if i were to put landing gear on my corsair i would place them where the wings bend down and then back up as that would be the flatter area and have a little wheel at the rear of the plane. I would look on amazon or ebay for cheap small landing gear maybe the small wire ones with foam wheels, as they can go through a lot of hard landings. If you have any other queries then drop us a line.
See you around,
Phin

#3
bzieske44 said:
Hey y’all…I’m a total newbie. Are there instructions in how to install landing gear? The plane I’m building is the ft mini Corsair.

Thanks in advance!
Click to expand...
I actually installed landing gear on my Mini Corsair, I'll look for some pics for you

#4
here's one pic, I'll snap a couple of the underside when I get off work 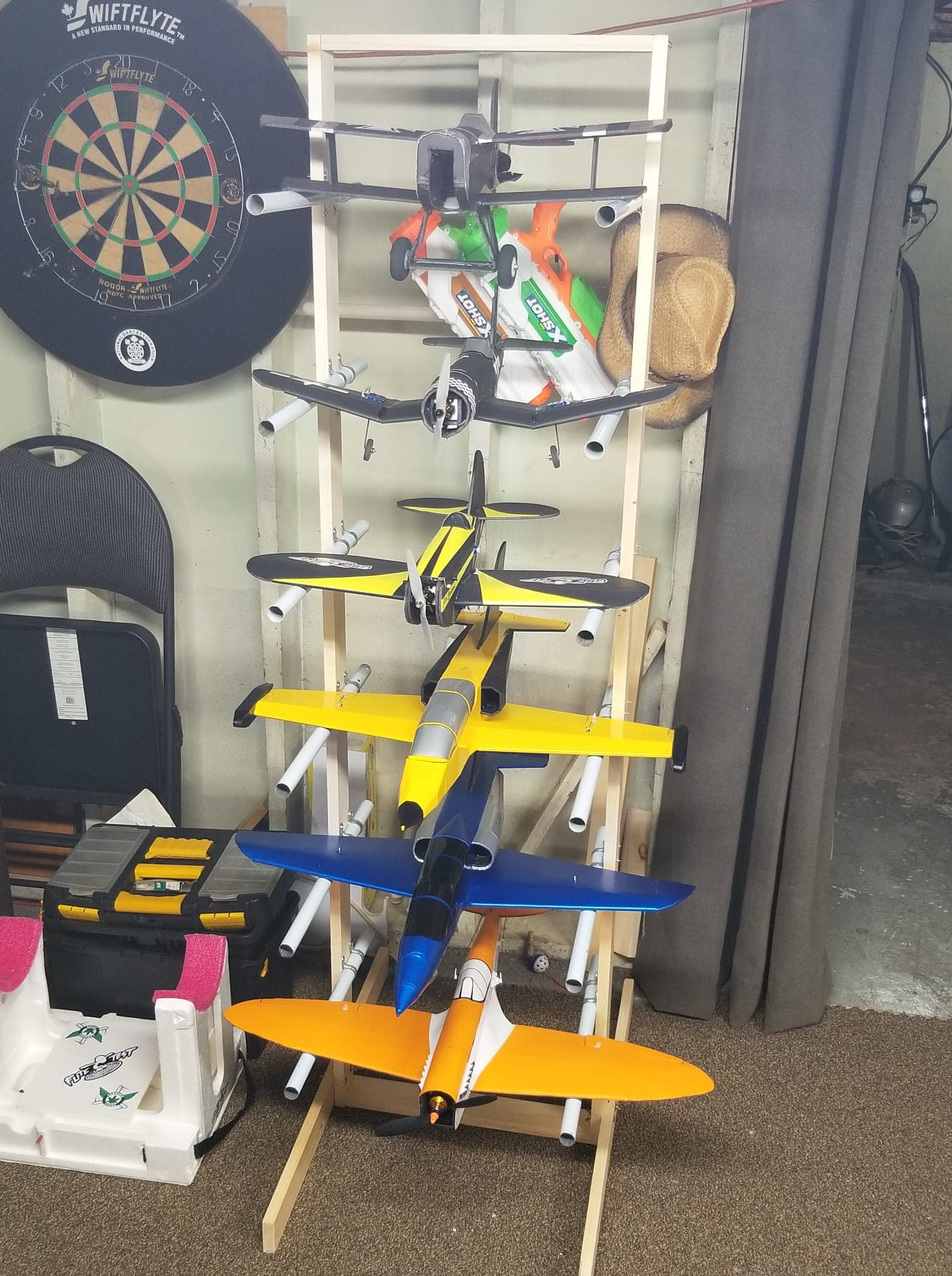 Mentor
#5
You can actually make your own landing gear using some stiffer music wire from a hobby shop/online outlets. Take a look at the FT Mustang (not the Master Series, but the earlier version) or the MiG-3, as to how the landing gear is installed in the wing. You'll likely have to bend the wire a little more so that the landing gear has the wheels coming straight down rather than at an angle, or else the plane will not track properly on landing.

As for the tail, you have a couple of options - either use a small tail wheel (like that found on say, a UMX Timber, or the FT Edge) or a tail skid. I've used a barbecue skewer to make a steerable skid for the FT Bushwacker by laying the skewer along the bottom of the rudder and making it a little longer than the rudder itself, so that it kept the rudder up off the ground. The only issues I've had with barbecue skewer skids is that a semi-hard landing will pop it loose from the bottom of the rudder if not secured well with glue (and sometimes a piece of tape), and the skewers get worn away fairly quickly rubbing around on the ground.
B

#6
Thanks everyone...How did you do it? That's the problem I'm running into. Where is placement? How did you attach it? Hot glue?
M

#7
bzieske44 said:
Thanks everyone...How did you do it? That's the problem I'm running into. Where is placement? How did you attach it? Hot glue?
Click to expand...
For a tail dragger, place the axle slightly forward of the leading edge of the wing. There are many ways to attach, run a squire through, just above the floor & rubber band the gear. I prefer to hot glue a tongue depressor to the side & zip tie the gear.
D

#8
Hey, thanks for the info, I will try this and tell you about it

#9
Another way to fix landing gear is to use Velcro. Just make sure to use the stuff marked Industrial Strength. I used the standard version first time around and it began pulling off from the weight of the plane before I even installed the motor. Industrial Strength. More resources for the foam board RC modeler on my blog: https://foamboardflyers.com

#10
Ratcheeroo said:
here's one pic, I'll snap a couple of the underside when I get off work
View attachment 204264
Click to expand...
Really nice little (partial) collection you got there. Hey that gold/white combination is good!

I think belly landers are generally better to learn on than something with gear that constantly needs repaired. You can land in more places more easily without wheels.

#12
Ratcheeroo said:
here's one pic, I'll snap a couple of the underside when I get off work
View attachment 204264
Click to expand...
I need to make a plane rack Like that.. it'll be perfect 👍

#13
Monte.C said:
Really nice little (partial) collection you got there. Hey that gold/white combination is good!
Click to expand...
Ahh ,the NerdNic Spitfire, its actually matte orange and gloss white. all white underneath with black air intakes on bottom of wings. Really solid plane. With the right motor and an aluminum wing spar I think he says it will go 80+ mph. I need a little more practice before I attempt that one again
You must log in or register to reply here.
Share: Facebook Twitter Google+ Reddit Pinterest Tumblr WhatsApp Email Link
Menu
Log in
Register