#1
I would be flying and sweating from the heat and humidity od Ohio summer weather right now at Flite Fest 20. Dang COVID!
Lets share memories of past FFs so we can attend vicariously with our fellow pilots.
Lat year my college age sons attended our third FF. Joe, flew his goblin in the combat with the LARGE REd WING. He hoped he could at leat hit it. Not only did he find his target but his impact was seen in the combat video. We were very proud of his flight skill.
His white Goblin came away unscathed but for a giant red scuff mark.
Lets go people regail us with your stories!
Looking forward to FLITE FEST 21!

#2
Cant believe no ones dropped anything here yet...

I remember my first Flite Fest. I had been on the forums for a while and seen people getting excited over it all. Several of the cool kids I met here had told me I had to find a way to go. @JimCR120 Stepped up and told me I was going and made plans to drag me out of my apartment if I did not agree to go.

They say and I agree the main reason to go to one is the people you will get to meet. Its such a cool thing to walk up and say hello and or shake the hand of someone you talked with, helped, or got help from on the forums face to face. Besides getting to camp with Jim I got to meet @rockyboy, @LitterBug, @wilmracer, @willsonman, @TEAJR66 just to name some of the more well known long timers here. There were so many others I met as a volunteer but to name them all I really can not as once things started rolling after the rain I was so wide eyed excited and could not turn my head fast enough to see and take it all in. I also got to meet the FT core crew over the course of the weekend.

That first one was dubbed as Swampfest because it rained so bad the first two days. There was so much water on the ground people had come up with various ways to fill the time that would have been spent flying. I remember someone had gone to Walmart and bought a couple of toy boats and they were holding boat races in the tire ruts left by the tractor they used to spread hay around to control the mud and erosion of Mr. Fureys airstrip which is what Flite Fest is held on. There was even a tornado warning in effect the one evening.

I didn't get to participate in a lot the evening activities but they had a bonfire going and a local band playing I stayed up later one night to check out. Being a broken cybernetic organism I could not fulfill my volunteer duties without serious rest and recuperation down time so I was busy with rack ops right after meal time pretty much.

I managed to get up early in the mornings and got a little quad flying in before things got super busy and I had to do my shift in the Store or build tents. If you do happen to make it to one be sure to volunteer for at least one day of the trip. Its the easiest way to meet more people as you have a purpose to have contact with people you normally would not have.

Over all I was totally exhausted by the time I got home and it took a good few weeks to get back into normal functioning. I soooo over did it but it was SOOOOOO worth it. Anyway I ll leave these here for motivation of others to post. 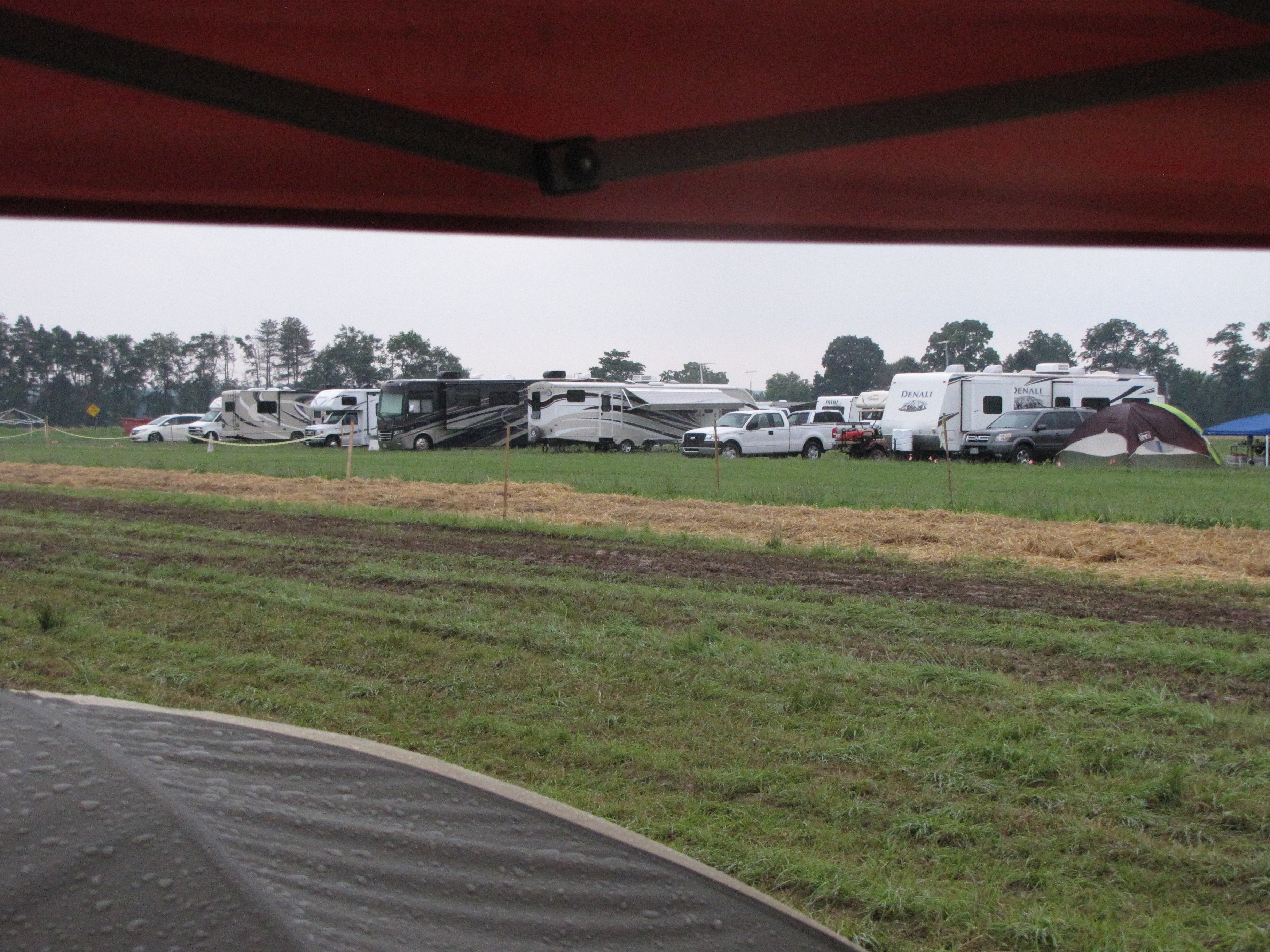 Josh Finn and whos that in the background 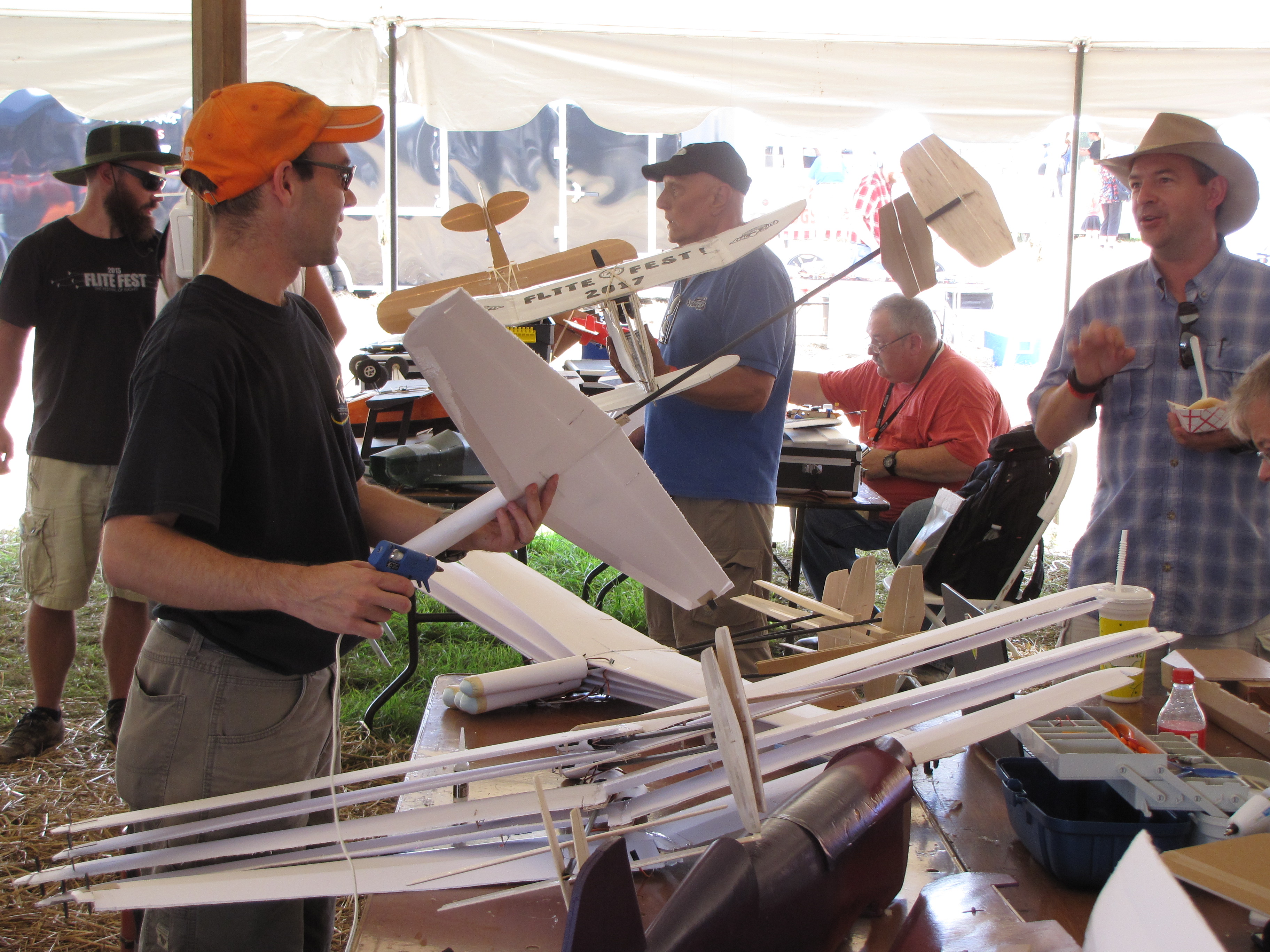 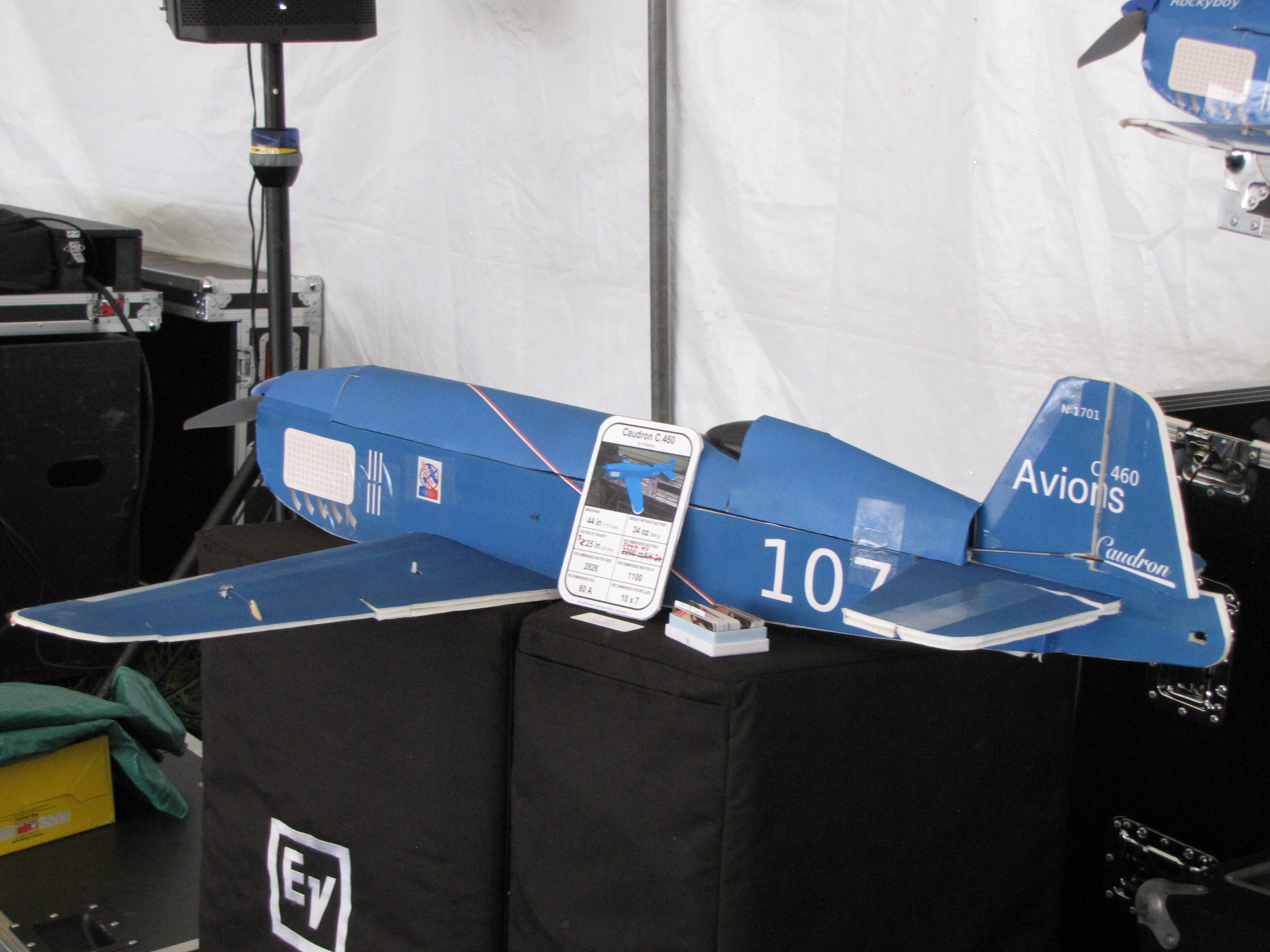 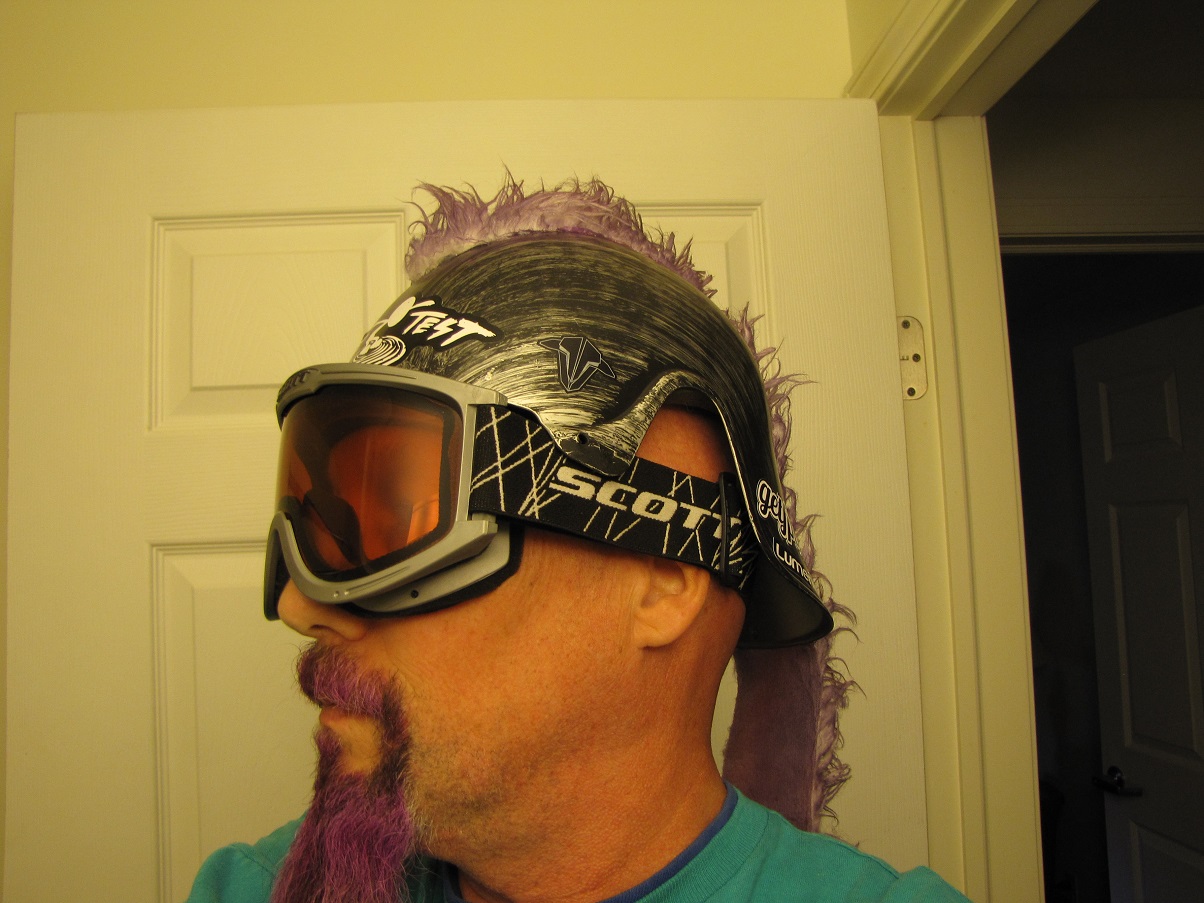 #3
Flying spiders ROCK! This one got lost in the corn during a combat session. Searched and searched and Searched. Came out of the corn and someone had found it and reunited us! Bought them the kit of their choice.

And sometimes they attack Psyborg! 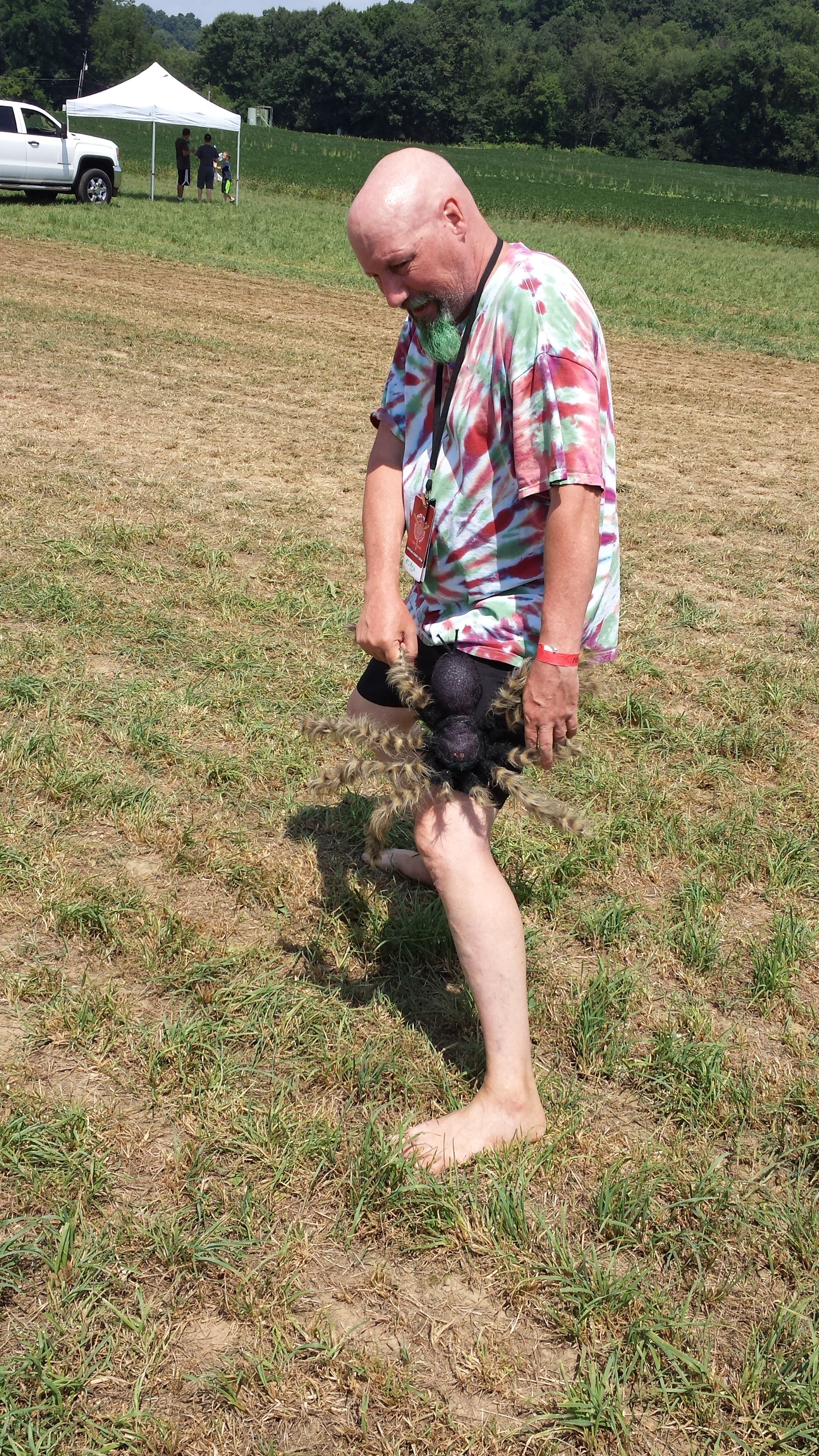 #5
PsyBorg said:
Dang whos the dude with the knotted up coconut n moldy beard wrastlin tha spider?
Click to expand...
He's a lifelong troll spammer here on the forums. He does covert operations to squash the trolls, he even went as far as creating a new account to improve his troll squashing abilities and covered it up with stories of getting hacked, but we all know he was just looking out for the good of the FT forums. He's remarked as quite a hero around these parts. I'm surprised you haven't heard of him.

#6
I'm really missing FF this year last year was my first time going to FF Ohio, I went to FF South back when I lived in FL. I had so many great memories from the event so it's hard to point to one as being the greatest. But if I had to choose, I'd mirror what others have said: that getting to meet people from the forums and just people in general who are as addicted to planes as I am!! It was also my first time knocking any planes out in combat, I've done combat a few times but never managed to take any planes out. I took out five planes during the whole event, with a plane I built on site

Mentor
#7
One of these days, I'll make it out there. I'm not sure how I'll manage to get out there from California; I REALLY wish they'd do another FFW, but I know it's wishful thinking to have that happen, especially with the FAA and Remote ID on the horizon. But hey, I can hope, right?

Maybe I'll make it out to Ohio in a year or two, and drag my dad with me - he's still something of a beginner who loves his HH Timber, but I can see throwing him up in the air with a Bushwacker built onsite and him having fun, provided his health holds up (Congestive heart failure, diabetes, and his kidneys are starting to take a downturn)...

#8
I took this week off in anticipation of going to my first flite fest this year with my son, and then Covid happened.

#9
It was going to be my second year.

#10
LitterBug said:
Flying spiders ROCK! This one got lost in the corn during a combat session. Searched and searched and Searched. Came out of the corn and someone had found it and reunited us! Bought them the kit of their choice.
View attachment 175031

And sometimes they attack Psyborg!
View attachment 175030
Click to expand...
Do you have any video of that spider flying? I'd love to see it!

#11
Hoomi said:
Do you have any video of that spider flying? I'd love to see it!
Click to expand...
I don't have any from Flite Fest, but it was one of my first quads ever, and one of the first things I did was put spiders on it at the local field. This is on a FlexRC 3" Owl frame.


Bigger spider (the one I had on it at flite fest)

I really need to revisit this with some chase scenes with some POV from the chaseee.... Hmmmm. FPV Fest is coming up at Edgewater....... Just sayin'

I have 3 of these frames. Two are currently built and flying. The one I took to FliteFest '17 was a one off lightweight frame from FlexRC with foam-core carbon fiber plates. Was doing durability testing on that frame, and to this day, it still has not cracked with some serious abuse.

#12
If you go to FPV fest you HAVE to rip While E thru some gates with the pizza box hang glider!!!

#13
Wile E. Never learned to FPV. Here's his rig before he hung himself from it.

He did make the FF update video. This is cued up Just before his flightline appearance.

#14
LitterBug said:
Wile E. Never learned to FPV. Here's his rig before he hung himself from it.

He did make the FF update video. This is cued up Just before his flightline appearance.

LB
Click to expand...
I was standing almost right behind you when you did that flight. It wouldnt be hard for While E to go full on FPV after all he IS a SUUUUUUpuuuurrr Genius!!!!!!! Mount a micro cam on a mini hat hat. put that on his head and hide the VTX in the Pizza box hehe

#15
Uh Borg, You saw how he took off by using his face as landing gear, RIGHT? 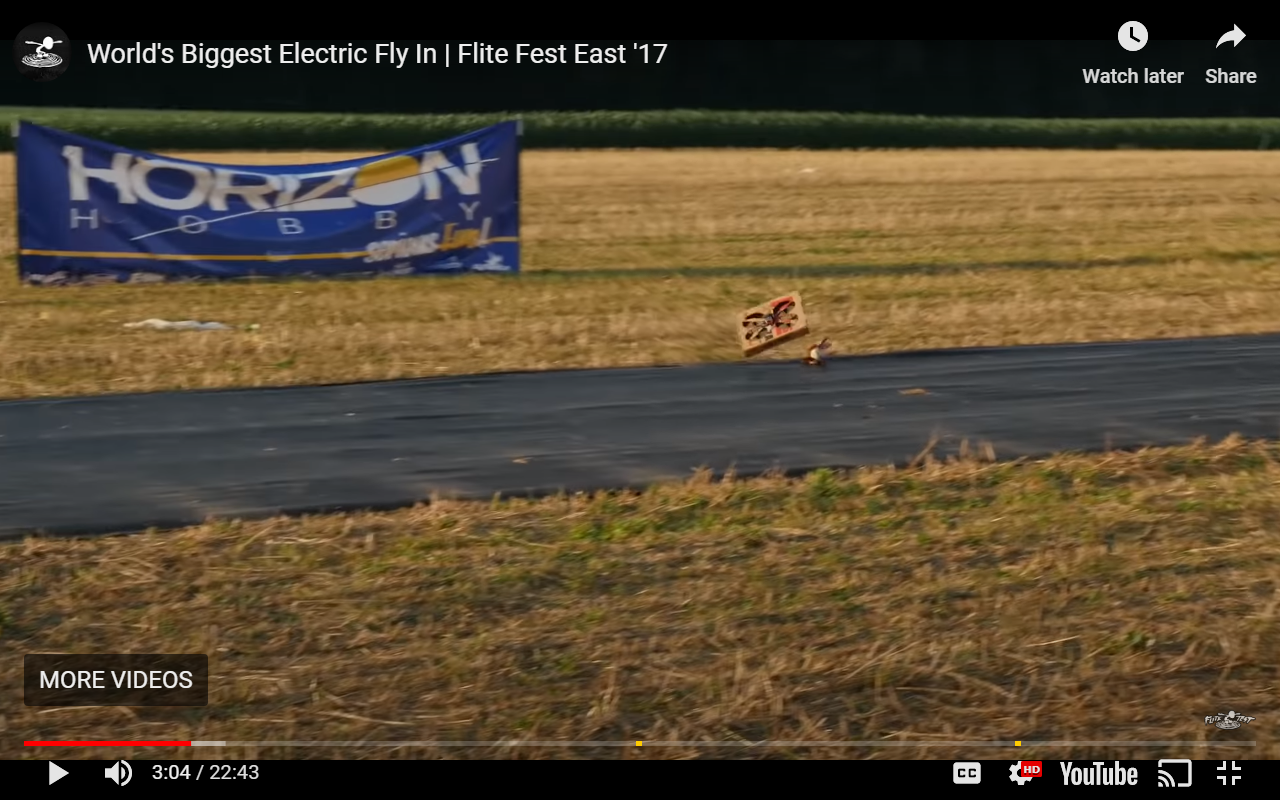 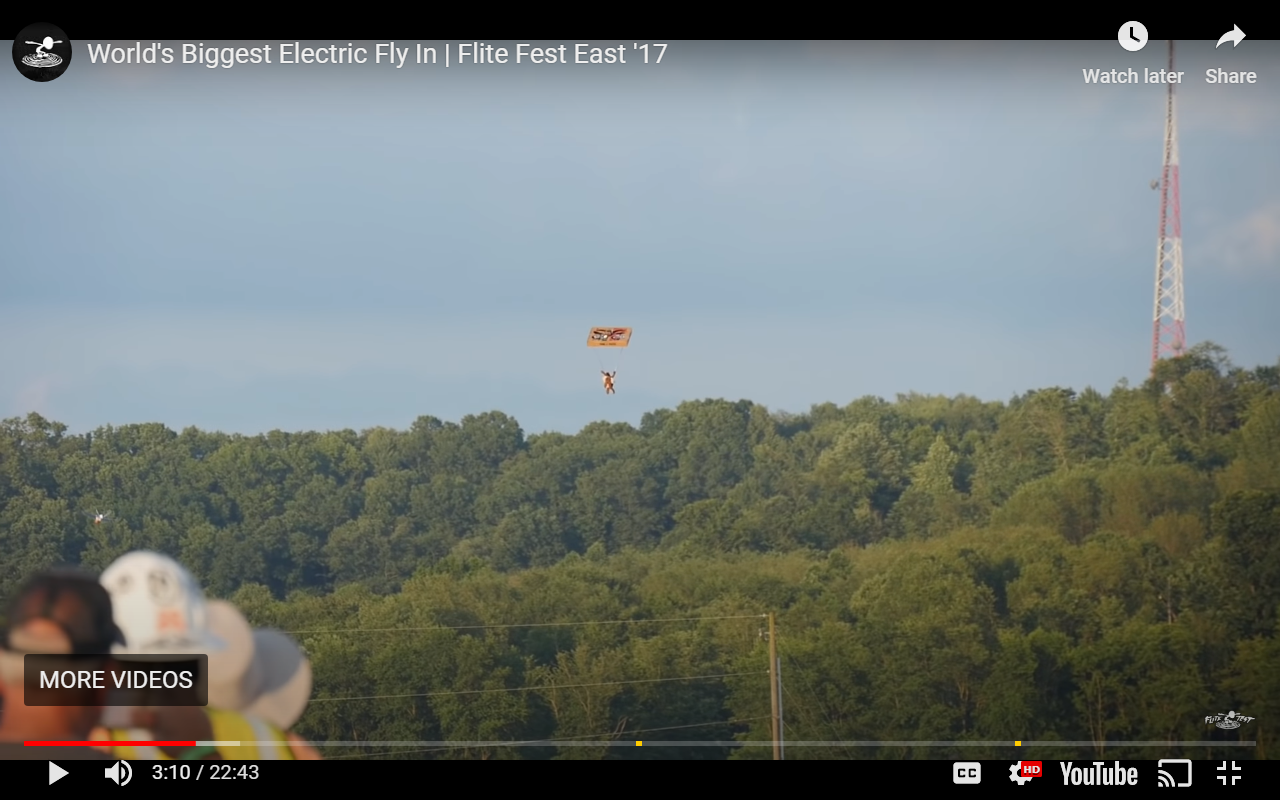