Here it is, in all its slender sleekness: The Yellow Jacket!

Designed as a successor to the "Angry Bee" and "Turbo Bee" experiments, in the vein of the FT Super Bee: It's a twin-motor ROCKETSHIP!

This is the basic power setup, and you can choose to fly on anything from a 3S to 6S, depending on what your nerves and thumbs can bear!

Mentor
#5
Just downloaded plans... I may need them for something.

It was brought to my attention that I never posted any PICTURES of this little bird!

Hope this helps any of you who are crazy enough to build this thing ...
Click to expand...
Read the rest of this update entry...
M

#7
just got my frame built, looks awesome! gonna run it with 2205 2300kv 5050 biblades on 4s(and i have a 5s too lol). Should be a ripper. plan on fpving it. I didn't put the spar in, didn't really study the pictures so i ended up just doing a double bevel fir the LE. i have some room where the wings join the fuselage. i will slide one in there. I dont know much about aerodynamics so im just curious, would a wing that was angled back light a delta wing on top be a faster design? like with 2 2205's isnt enough lol, but just for the knowledge.

Mentor
#8
At this scale a swept wing won't be inherently faster, if it has the same absolute span. That is if you *lengthen* it slightly as you sweep it so the actual span is unchanged. If you sweep back the wings *as is*, then the actually final span will be shorter, which reduces the wing area and reduces drag, which *increases* the wing LOADING....which will necessitate more speed to keep it flying. i.e. Faster, but not solely because the wings were swept; it'll be faster because it has higher wing loading.
M

#9
Is the CG about an inch back from the leading edge? i thought i asked that but i dont see the comment lol. Here is my attempt at a glider style landing wheel. works great so far(unflown) will have to see how it holds up to some landings soon. also can you see how easy a 3rd motor could be incorporated as a swappable for the nose? I think with a 3rd motor and 5s battery i could just strap the battery to the wings lol. wiring 2 motors is enough for me though. 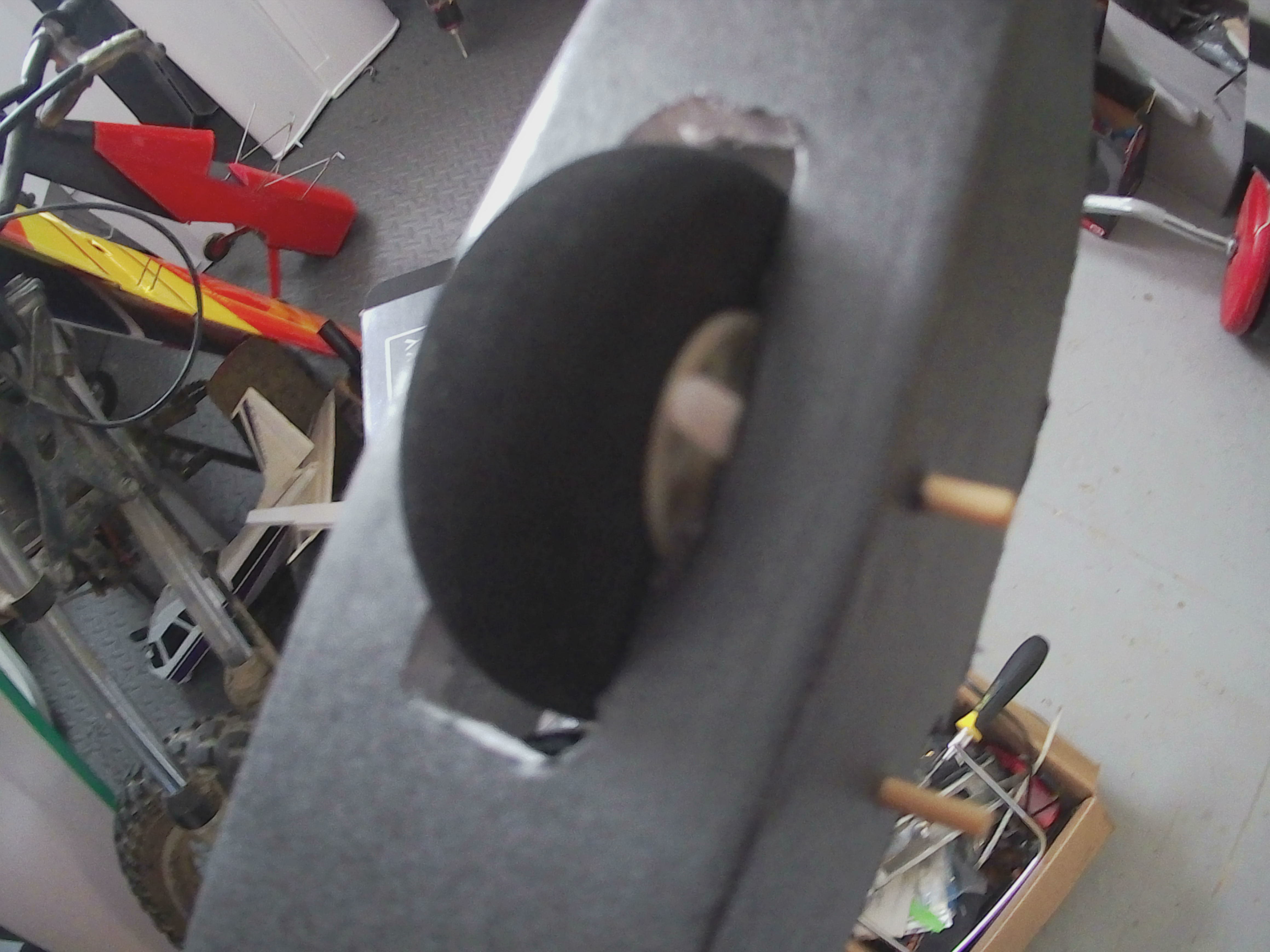 #10
Wondering if anybody knows how to turn the plans into a tiled version?

#11
11B4Life said:
Wondering if anybody knows how to turn the plans into a tiled version?
Click to expand...
Open the plans in Adobe Acrobat, click the print icon, select "poster" and make sure your scale is set to 100%. Then there's an option called "cut marks" you need to tick on so you know where to cut your tiles so they fit together correctly.

#12
Aaah, that makes sense I hadn't tried it in acrobat. Thanks for the help! 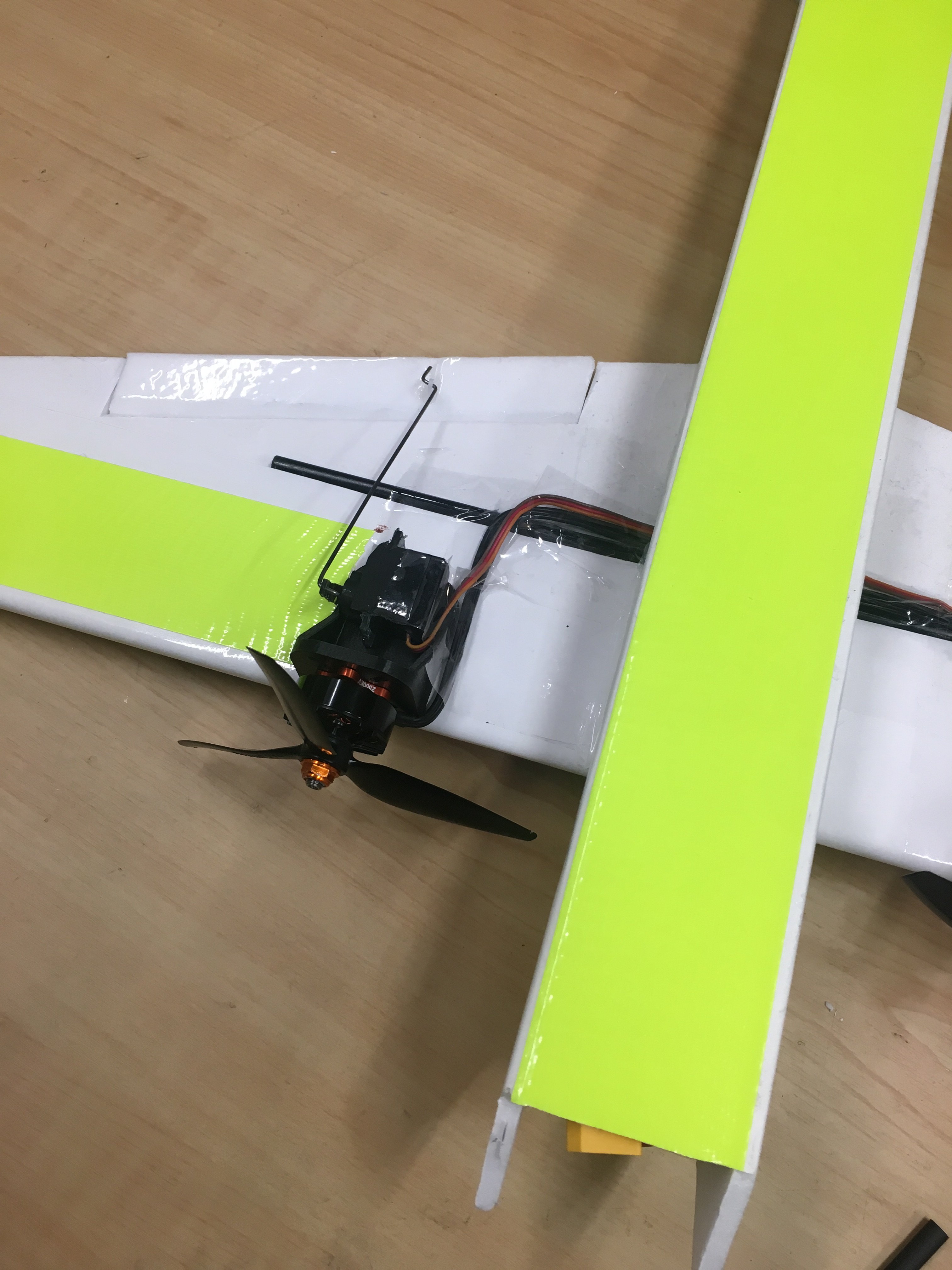 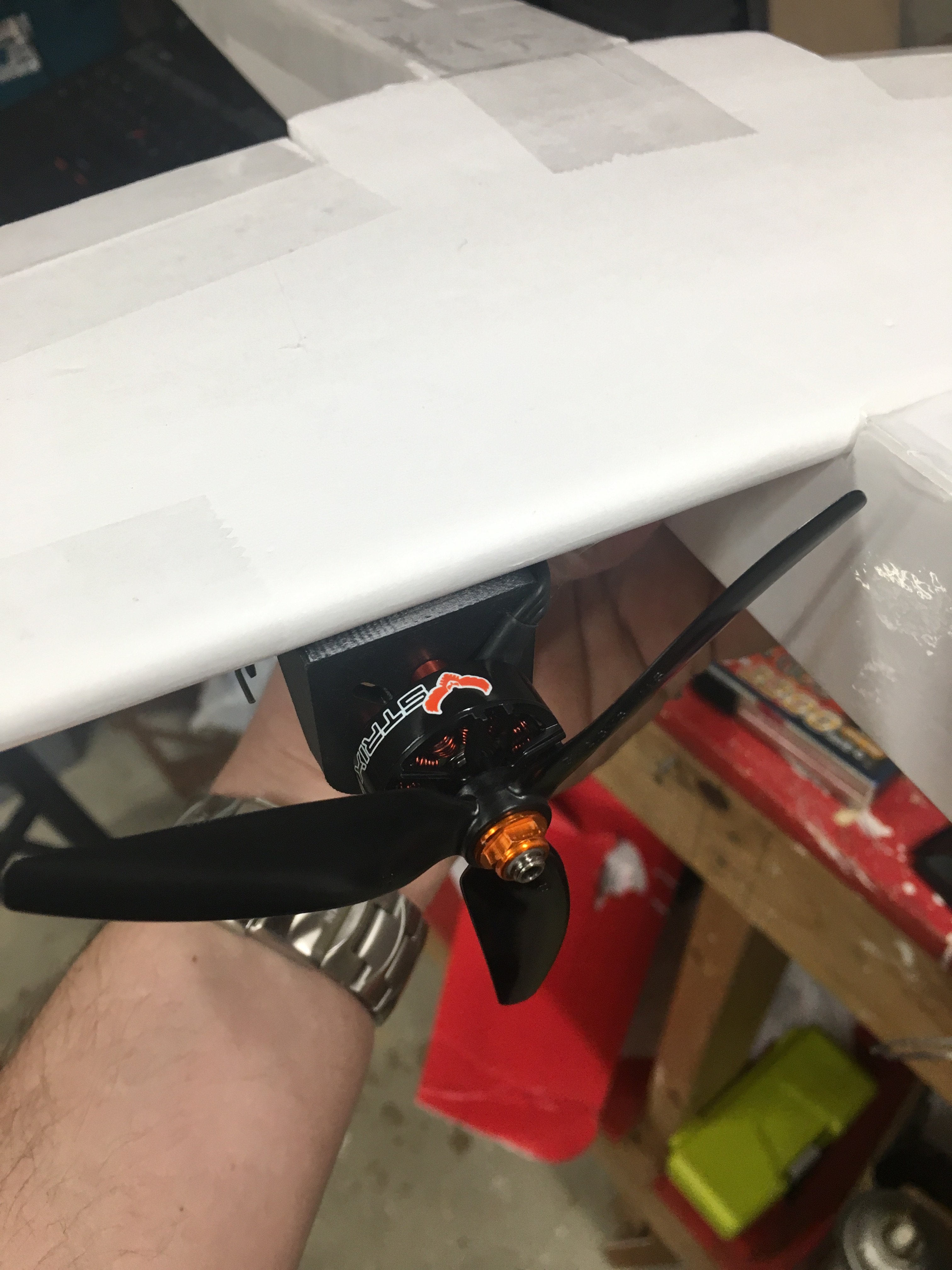 #17
miraspen said:
did yours fly? what did you go with for cg?
Click to expand...
Yes it flew, a bit tail heavy but very fast. It would level out and fly good with some throttle. Landed no problem in one piece. Can’t say exactly where the cg was since I had it wrong.