#1
Another unique design I enjoyed playing with was a modified "Geobat" who plans are on RCGroups.

It's circular dimension is 36 inches and anyone who has carried a large piece of plywood into the wind knows that this plane is going to be a handful not only with wind, but try doing a roll. 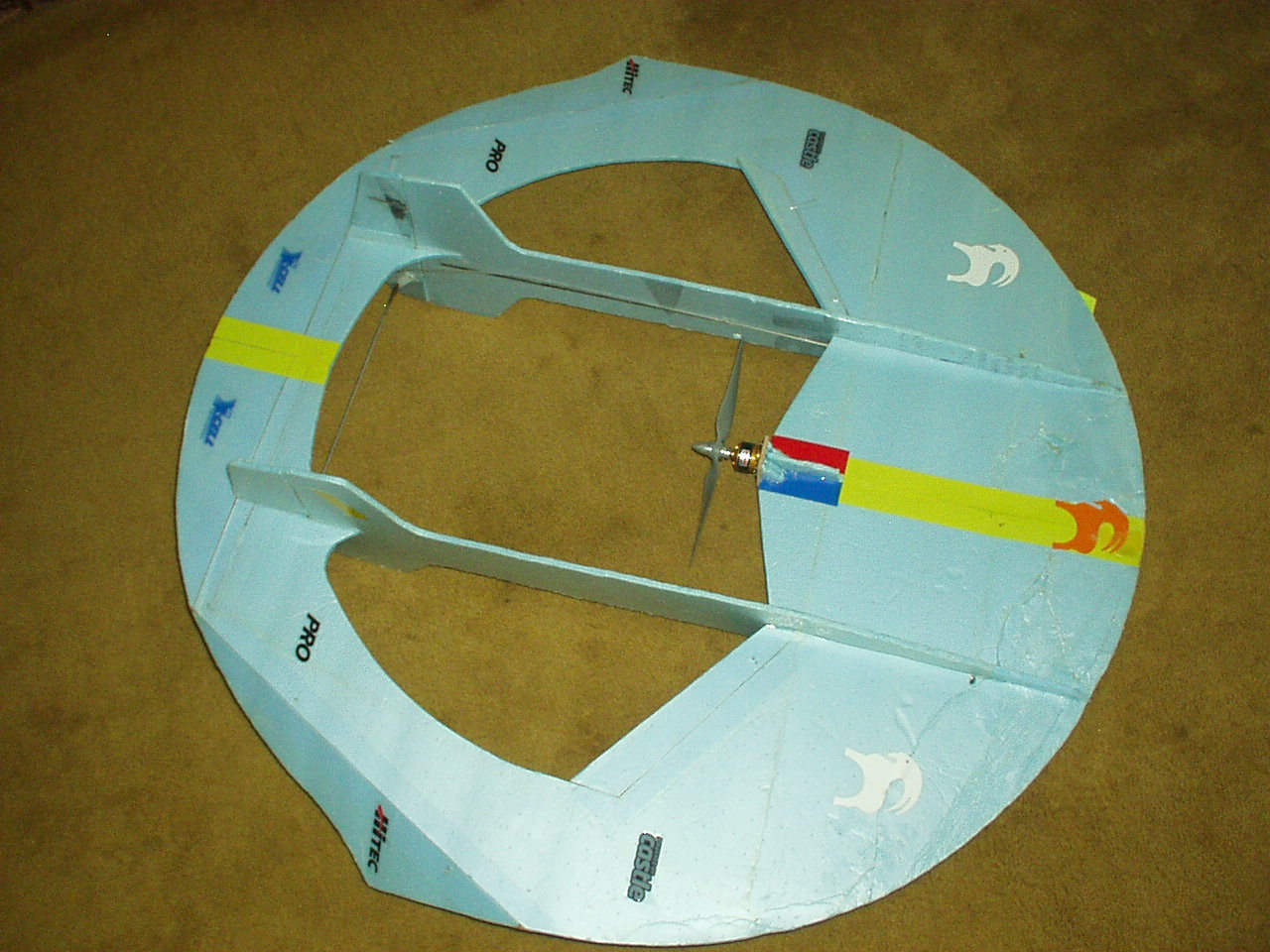 The first model was equipped with elevons and a rudder which flew okay but seldom could you make it roll unless it was high speed. So I built it and it flew like a tank in the calm. In the wind, it really became a handful.

So I added the ailerons(where it says hitec) and tried flying it. Set it up so mode 1 was elevons, mode 2 was elevons and ailerons together and it improved the roll so it now was capable doing it at its own rate. Using the rudder, it improve the roll yet it was slow.

Did it improve flying in the wind using both? Yes, it did, especially in the downward and upward turns.

Another problem was the sensitivity of pitch. Add the wind and it was out of control(gusts especially) and it wasn't worth while in the wind. It would end up downwind all the time.

So, time to explore to improve it.

Decide to add mode 3 which I used both elevons and ailerons, but added "flaps or spoilers". If you look above, the flaps/spoilers are in line with the prop and the amount of deflection was controlled by the rotary knob on the transmitter,

With no wind, I selected flaps in mode 3 and to reduce the sensitivity of pitch and dial down until its controllable and fun to fly.

In wind, it's nose tended to go up so by putting the spoiler up and trim it out with the rotary knob, it would drive the nose down and would be manageable up to some point where the wind would overtake control of this big blob of foam.

#2
Thsi looks like a lot of fun. Great job. can you add a link to the RCGroups thread?