Let's design the next generation bushplane!

#1
Now Im almost done with all my little projects, its finally time to start something serious.
Since elementary school, I dreamed about an aircraft that could really land anywhere. And by anywhere I also mean on water or snow, so it should be amphibian. The other goal is that it should deliver maximum fun and have some innovative features.
So, what things do you want to see in the bushplane of the future? Maybe something like the double-ender prototype, or something completely different?
It should also look like a real aircraft and not too much like an RC.
Pictures and design sketches coming soon.

#2
Interesting! To achieve this goal you will need to look seriously at Flap and Slat design as well as the use of "Blown" control surfaces including the tail to maintain controllability at low speeds. You could also investigate a moderate amount of thrust vectoring, (controlled by flaps) and even changing the main wing incidence angle.

If aiming to retain the simple FT style folded wing I have a sweet add-on to provide split flaps though extendable or rearwards extending flaps would generate far more lift at low speeds. A high wing design is almost mandatory and to achieve the airflow over the wing and tail from the propeller the motor should mount on the wing LE.

It all depends upon how far you wish to go!

#3
These are the first drawings that are way more flying boat than STOL. But it looks good and basic: 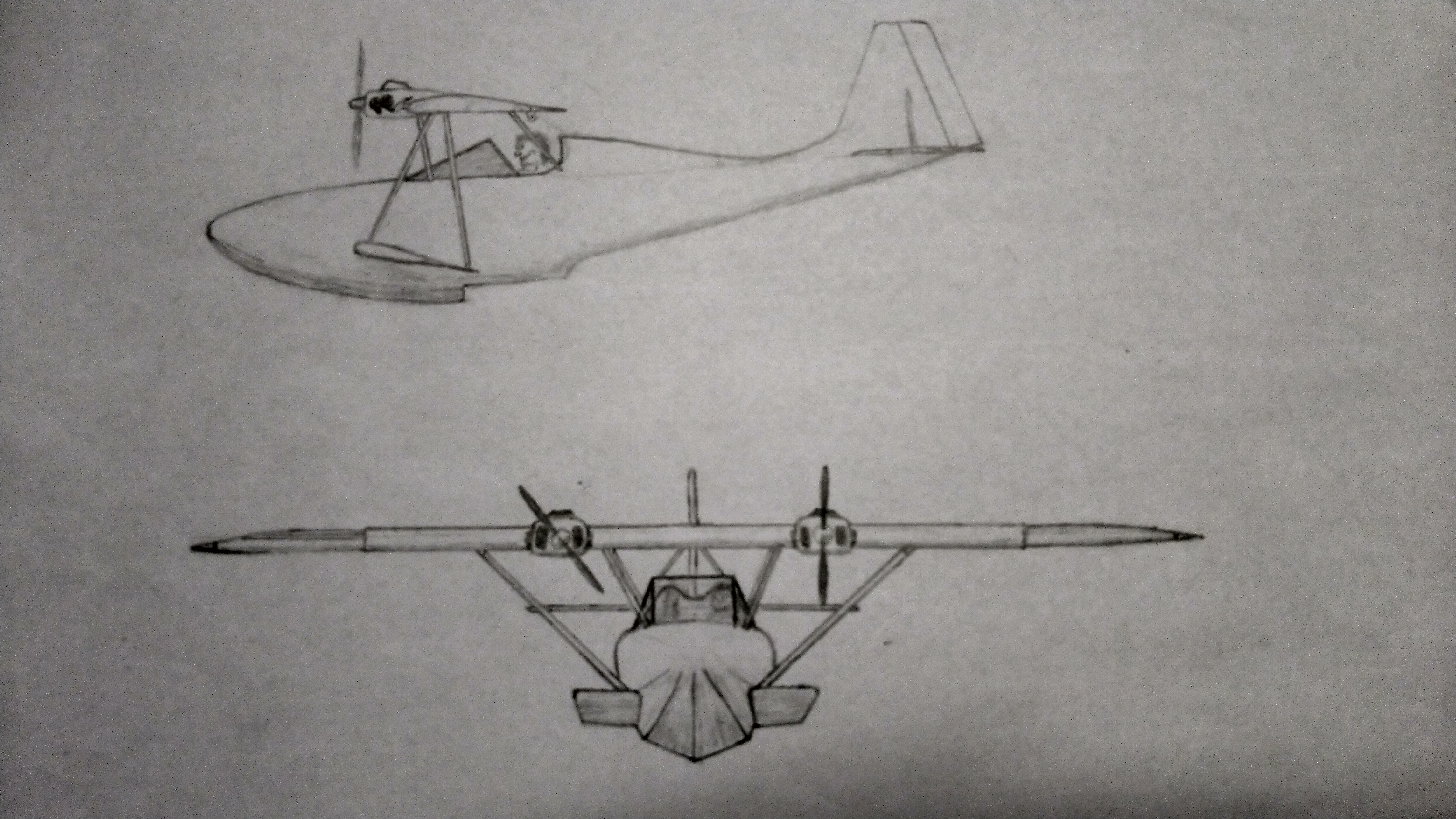 This one is just a rough sketch of some features: I hope you can see something on it. 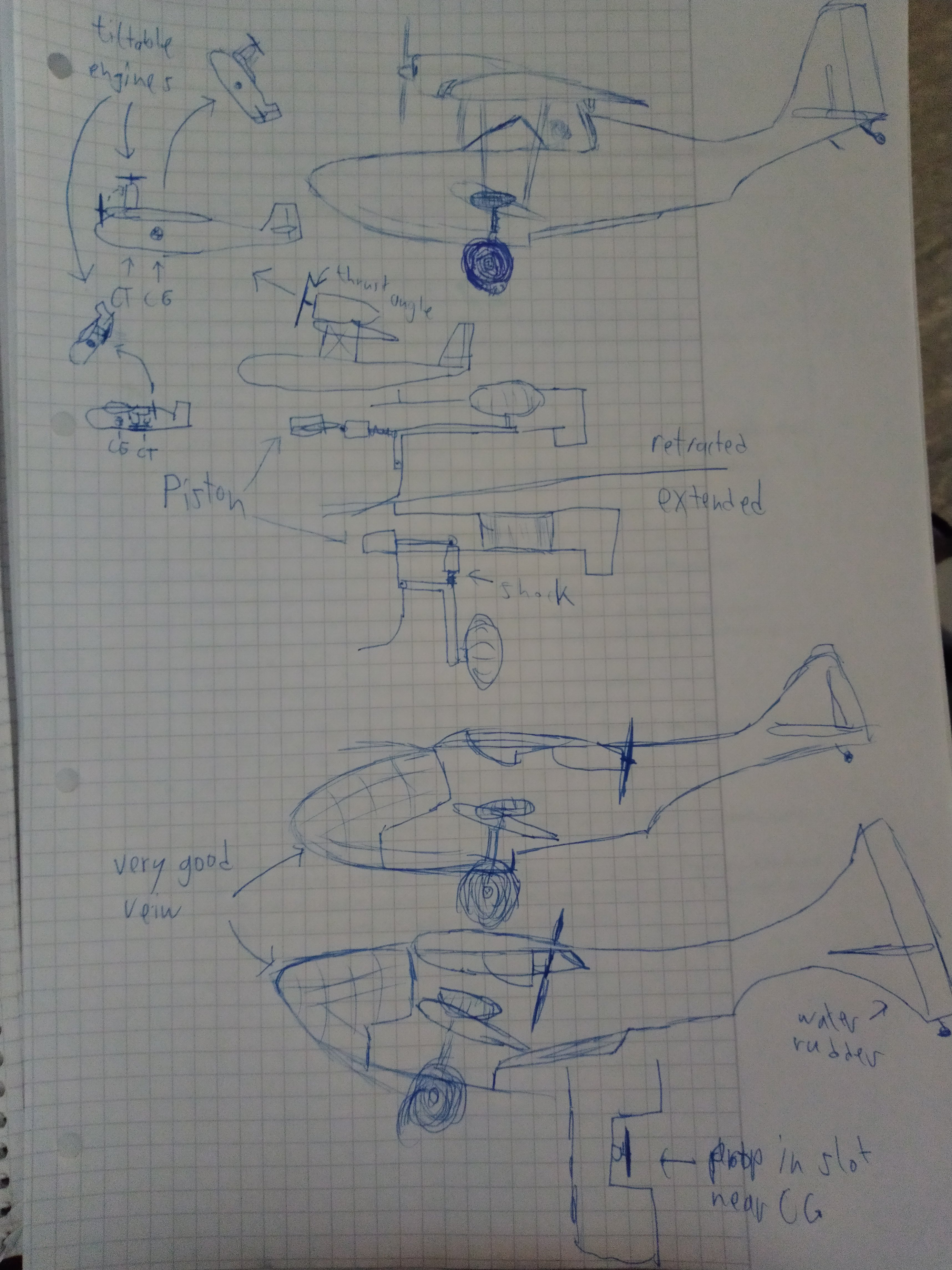 I really put lots of thinking into the retractable landing gear design. It retracts into the short wing you can find on almost any Dornier plane. I want to use Lego Technic "pneumatik" to make it work. And it has shocks.
The next thing is using thrust to generate lift. There was an STOL plane called Dornier Do29, which had its engines mounted to the flaps so they tilt down: 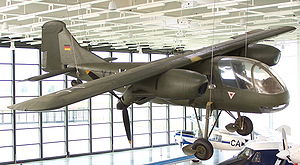 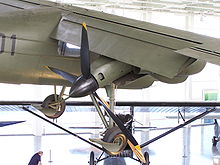 They could tilt down up to 90 degrees. But the problem would be that its almost Impossible to mount them directly under the CG so that it goes up vertical.
The simplest way to use thrust as an advantage would be a very high thrust angle.
The View to the bottom is also very Importamt in a bushplane, so I tried some helicopter-style canopys. And maybe a bigger rudder to steer in the water.
It still needs a Lot of thinking.

#4
Ive also made this 200% Sparrow, which was light and had an enourmous wing. I made attatcheble wheels and floats. And it took of in no time. 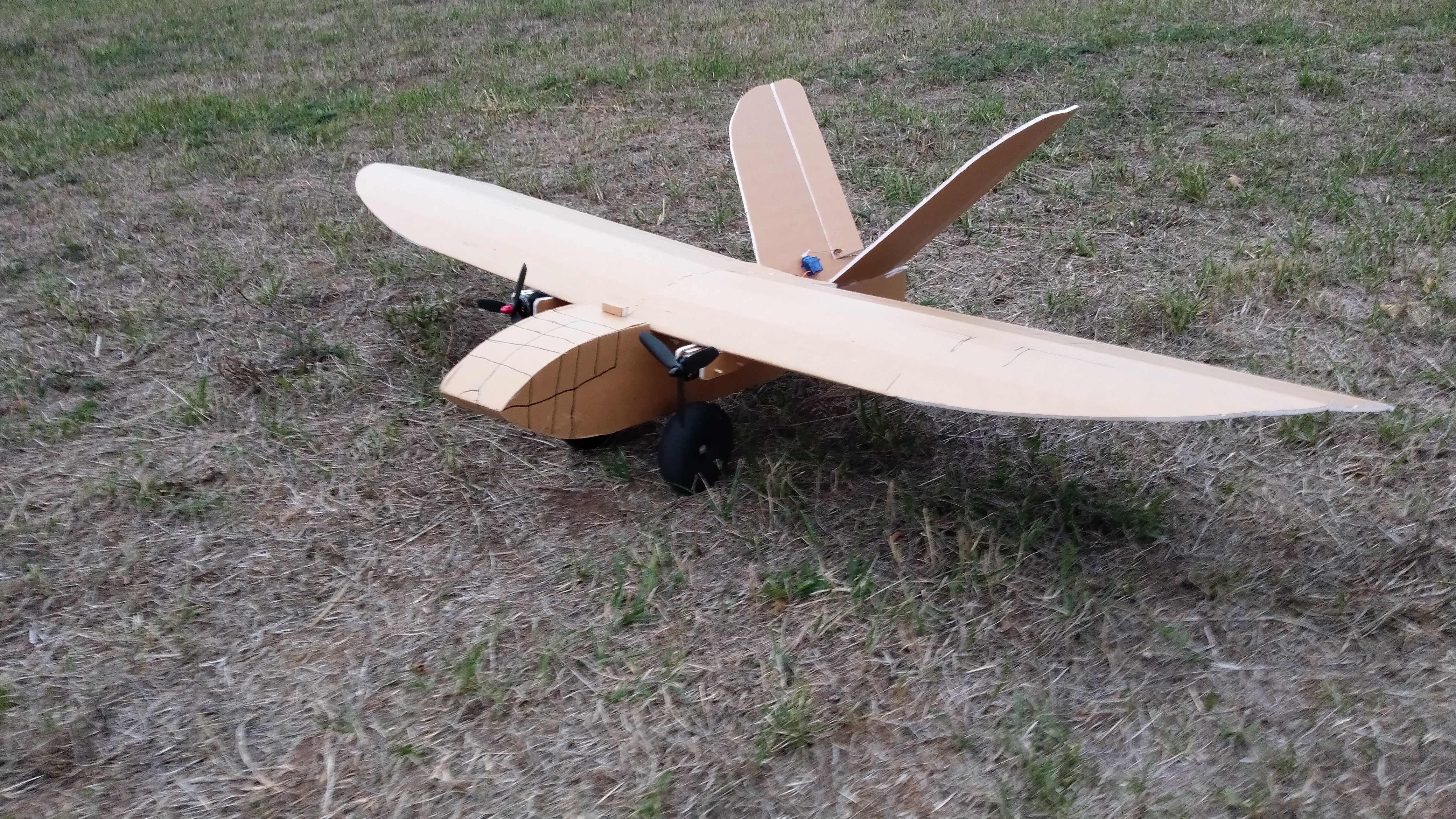 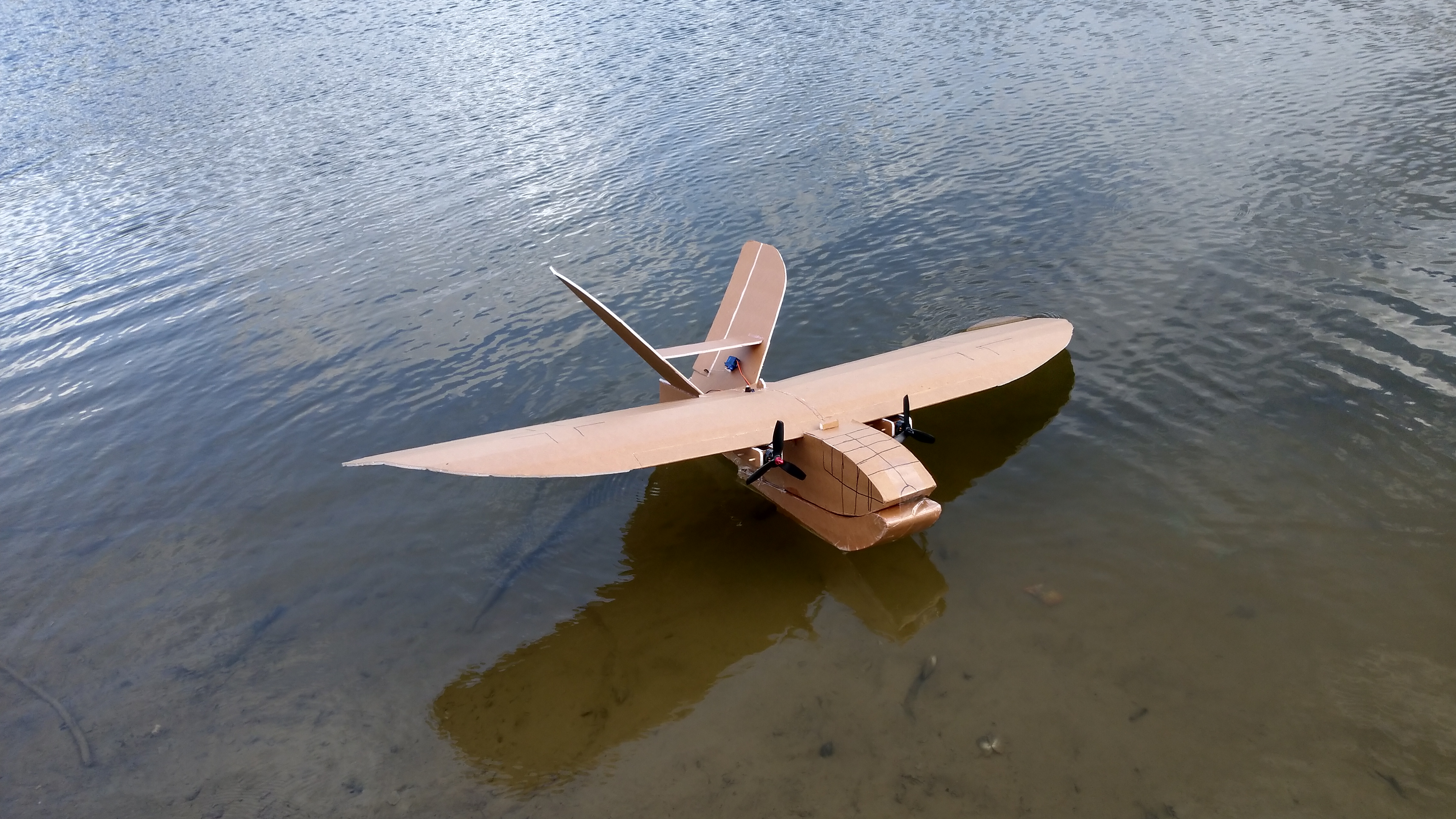 #5
Ideally a bushplane should be VSTOL. The biggest issue with such a design is that designers tend to ignore the control issues in extremely low speed flight. Many designs which can produce great amounts of lift at extremely low speed have control surfaces that just lose their ability to adequately control the plane at such speeds.

The most successful VSTOL design was/is the Harrier and it was its control system as well as its thrust vectoring that made it successful and so long lived. If the control surfaces are not boosted in their effect at low speeds then the design will ALWAYS have problems in slow speed flight.

Second consideration is that the overall weight should be as low as possible. The lower the weight. (actually the wing loading), the slower it will fly and land! BUT reducing the wing loading by adding a larger wing does nothing to improve the tails ability to maintain control over the planes attitude.

Landing gear! Again weight is everything! A single centreline retracting, (?), main wheel with wing tip skids is normally lower in weight and easier to make strong without extra weight but then a centreline main wheel does not really need to fully retract. The wing tip skids could be used for take off only and so not be required to support great weight. Gliders have been landing on centreline gear for many decades now and prefer it because of its simplicity and low weight.

One final thought! Due to airflow issues with blown control surfaces combined with ground clearance issues consideration could be given to either a "T" tail or to a "V" tail to elevate the elevator function into the prop airflow and allowing enhanced control at very low speeds.

#6
Thanks man!
I'll try to consider the stuff.

#7
Tom made a video about channel wings recently, I have no idea how you could make that with foamboard but it would probably work.


You could put the ailerons directly behind the propellers for example, would provide decent roll control at low speed at least.

#8
New Idea:
Instead of tilting parts of the airplane to tilt the thrust, why not make the entire airplane sit in the ground with the nose in the air to lift off instantly?

#9
sadly the vectoring mentioned up until now has been as a method to increase the lift of the wings or the aerodynamic structures. The use of S.E.T., (Specific Excess Thrust) is not normally considered as useful for a bush plane as the very high fuel consumption either leads to extremely short range or a very large craft.

Ideally a bush Plane should not only be STOL but also energy economical. Landing on a proverbial "Postage Stamp" miles from anywhere normally means STOL and long range!

Vectored thrust has already been shown to have a role in STOL. Such projects as the YC14 and the like were to just that end.

Push ahead with whatever design you think is best but most contributions were actually aimed to assist you in you declared endeavour.

#10
OK, Ive decided to not push the limits to minimize the take-off distance but instead make it all about fun and advanture.
I made some drawings and I think they look pretty cool: 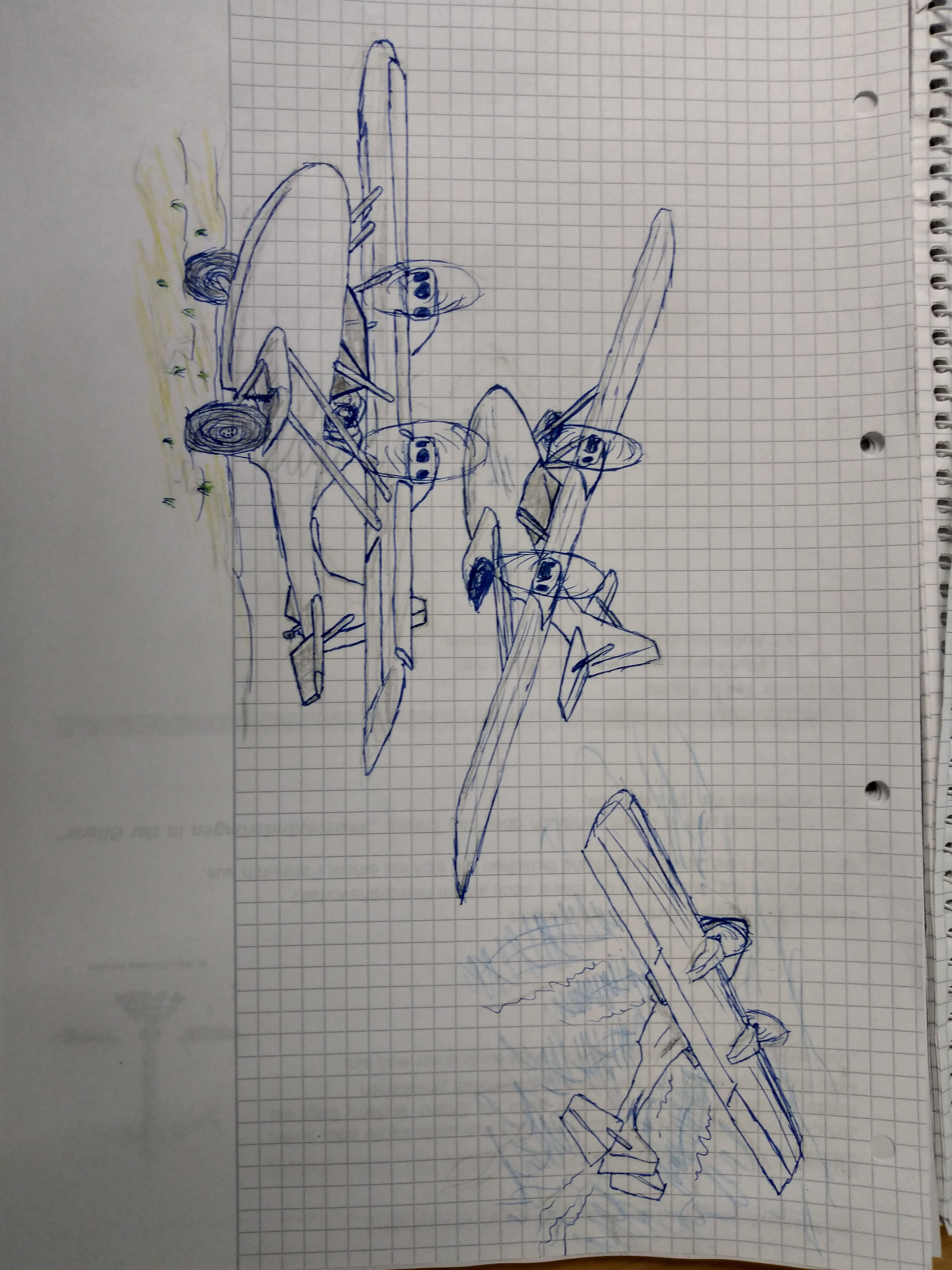 Would you say that this is still a bushplane? I think that it looks good, but the elevator isnt in the thrust line, i'll need to raise it up.

#11
The motors will have to point upward a bit, I had the problem on my canadair that the motors being mounted high would push the nose down while under power but the plane would nose up rather hard when I cut power.