#1
So I had a rather heartbreaking morning. I took my finally finished FT racer up for its second flight today. The maiden went well yesterday. I had it all trimmed up and it was flying fine. I felt that it was just a touch nose heavy, and the elevator lacked authority, but otherwise it was a nice little plane.

Anyway, I'm flying over the lake, just starting a high speed pass (its a racer, after all) when the positive G's pull the battery pack off of the underside of the power pod. I used velcro to attach it, and this is the first time that it has ever failed me. The battery slides forward and down as I'm pulling up, and the wires get tangled in the prop. Its a big 12x6 CF prop, and the power of it ripped the battery completely out of the airplane. I watch the battery fall from the plane and land in the middle of the pond with a splash. My brand new FT racer, now completely out of control, spirals slowly down, and comes to rest near some geese in the lake. 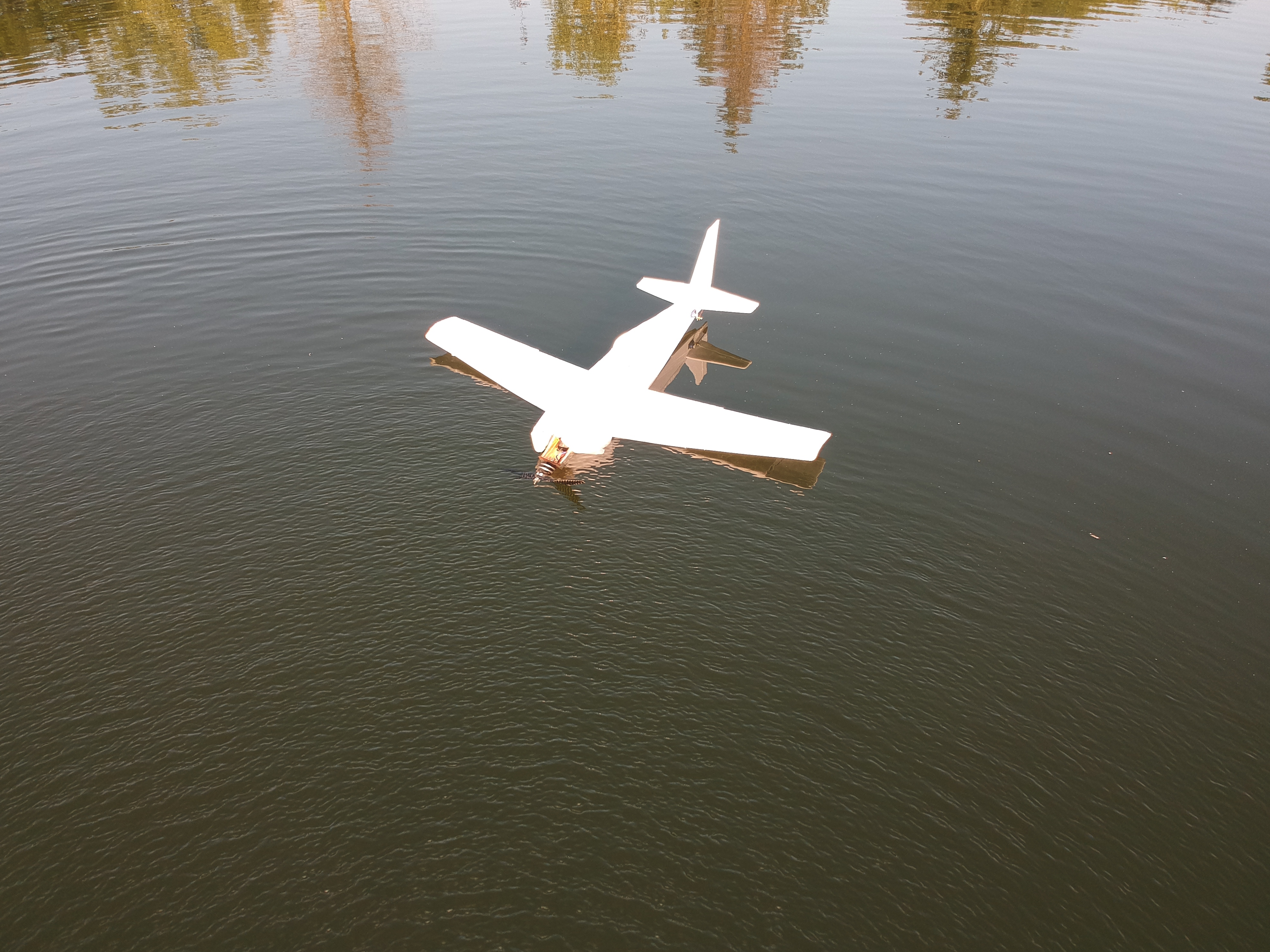 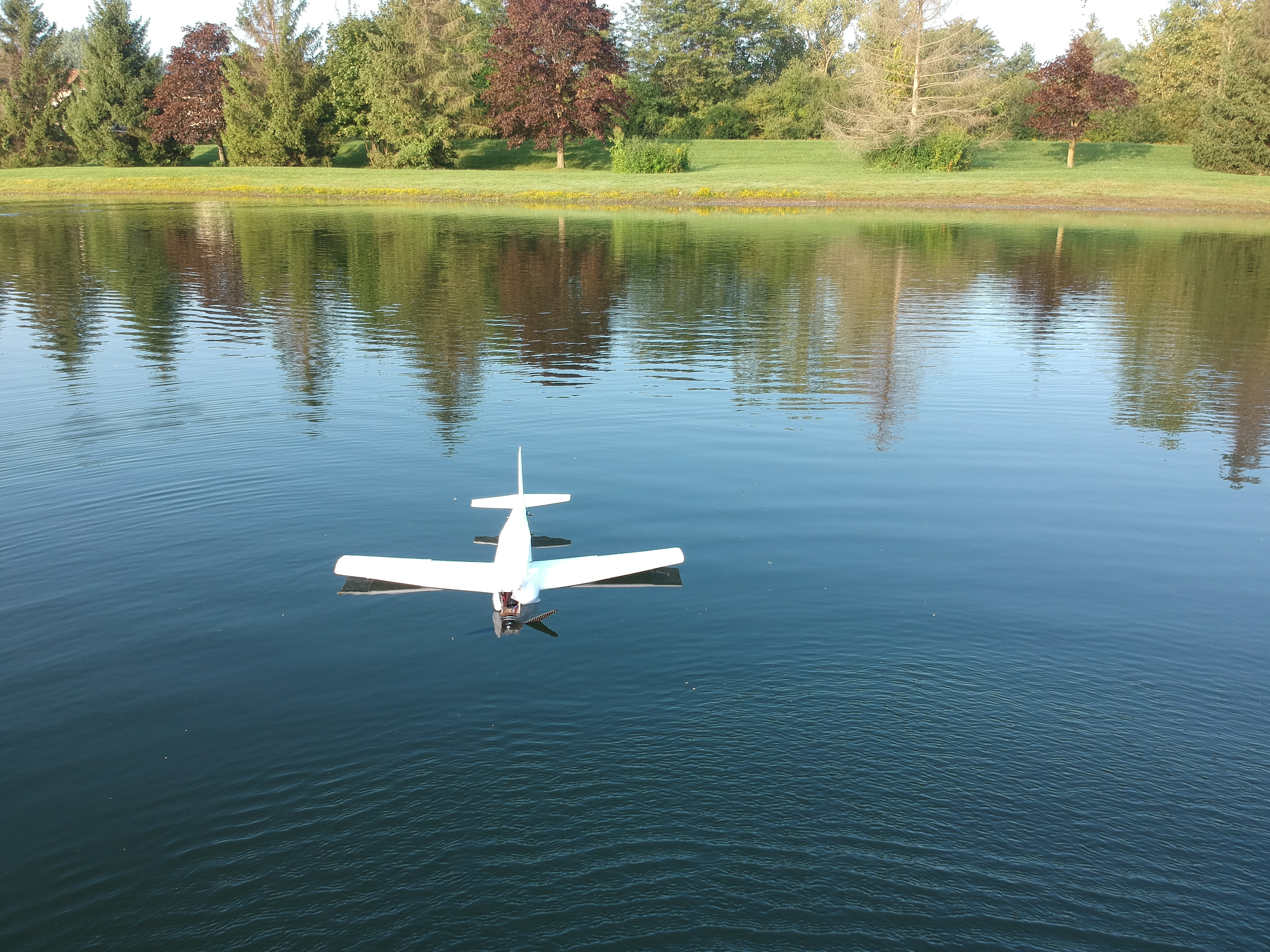 As you can tell from the surface of the water, there is no wind to move it to the side. Since I'm not in the mood for a swim, what am I to do? Get my DJI Spark, of course, and make my own wind! So that's what I did. I flew the spark down in front of my racer and used the propwash to push it to shore. Worked like a charm. As the ESC was powered off when it hit the water, it will likely work if I give it enough time to dry. The RX as well. The prop is a little scuffed, but intact. The motor is fine. The fuselage needs a little love, as the battery ripped the left cheek off on it's way out. The battery is gone, never to be seen again. I tried some low passes with the spark, aiming the camera straight down. No luck, the water is pretty murky.

Anyway I thought it was a good story. Ill likely repair this thing in the next few days and see if I can get it flying again.

#2
bummer. glad you got it back out of the pond though. good thinking on the quad.

Mentor
#3
There's "Ouch" and then there's "Ouuuchhhh" - sorry for your loss.

You know the way people see things like the face of Elvis Presley in a slice of toast, and they think that the universe is trying to tell them something important? When I look at the pics above, it sure looks like the reflection of the plane in the water is made from FT waterproof foamboard. Just sayin'!

#5
That is a heart-breaking story, but I love the ingenuity used in retrieving the plane. That was a great idea! I'm planning on buying a cheap fishing rod before I attempt flying off a pond, hopefully I can cast out and snag the plane if it dies out in the water somehow.

I feel your pain though, my first FT build had a similar accident. I learned about securing more than just your battery as a loop caused my receiver to slide out the back of my Explorer and the antenna was immediately ripped off by the prop. I lost all control and just watched my plane nosedive into the ground. Believe it or not, all I needed was a new wing and nose, as well as a new antenna for my receiver to get her back flying.

#6
That stinks. But hopefully not a total loss (except the battery). And hopefully the water didn't do too much damage to the plane. Love the tactic to retrieve it...genius!

#7
OUCH and I was crying over my motor.

#8
I ordered a new ESC for it, as it seems the original one no longer wants to cooperate. Oh well. I have a few more batteries laying around so that's not the biggest deal either. I need to go through and fix the airframe. The paper has come off the foam in several places where the water got to it. I'm wondering if it would be easier to just build a whole new airframe, but at the same time I'm reluctant to scrap this one after only 2 flights.

#9
I would pull of the pieces that are not damaged and rebuild the water damaged stuff. Or you could just cover it with some colored packing tape to keep the paper down and add color

Or just fly it as is until something fails