THRUSTERS--A CONCEPT TO IMPROVE STABILITY OF A EDF 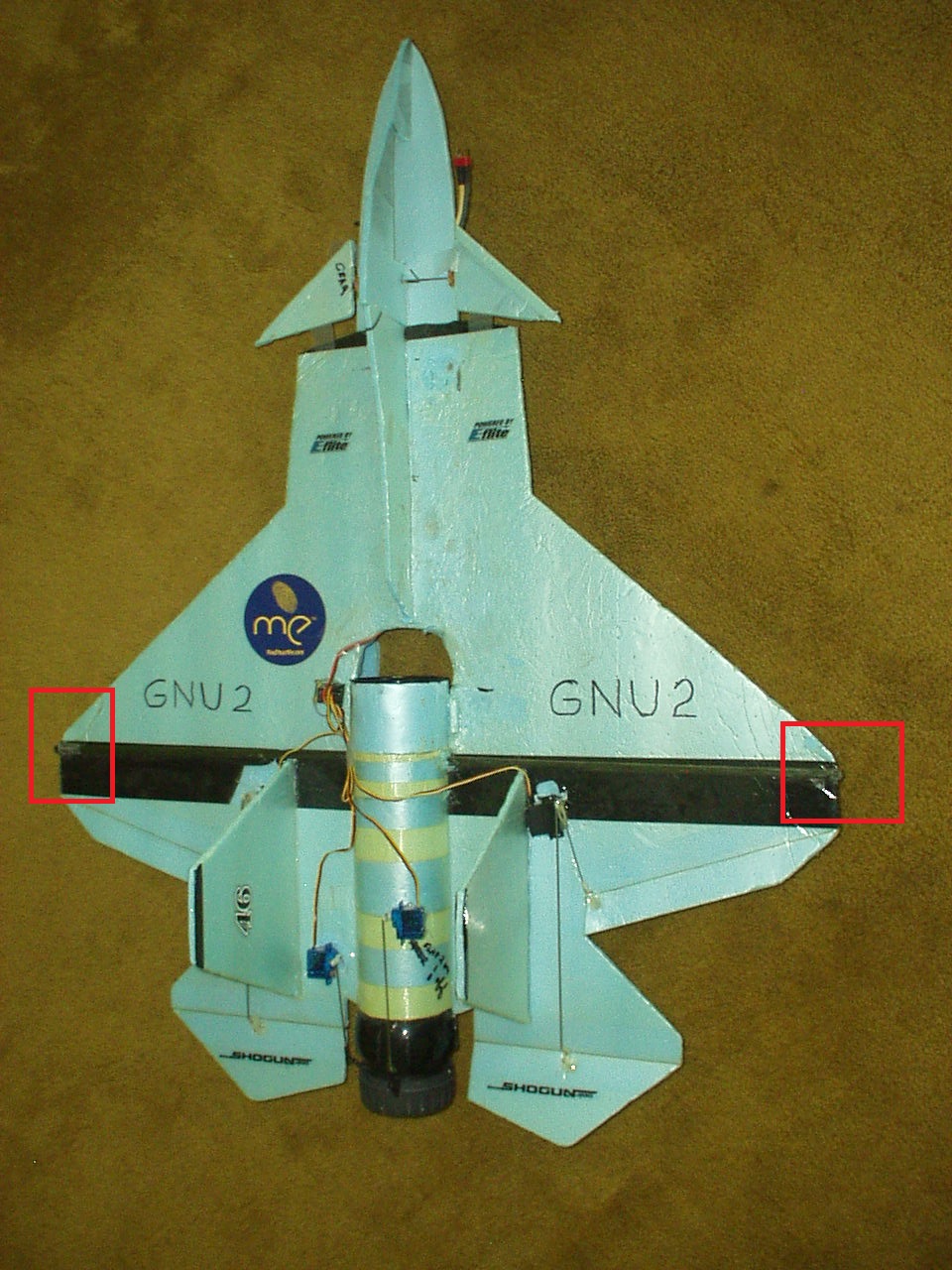 When designing, a factor that one has to be concerned with is torque when stationary(hovering) or high alpha that you have to deal with. So I conceived of a device that you could end up fighting torque.


Designers using EDF's get too concerned about any blockage in the airflow downstream of the fan. I use a F-22 as a testbed and really don't have any problems since the flow thru the tube is really low. In this setup,one that runs the entire width for wing support is narrow and about 3 1/2" from the TV nozzle as shown below. By the way, it is a 64mm with 5 blades. A $10 special. 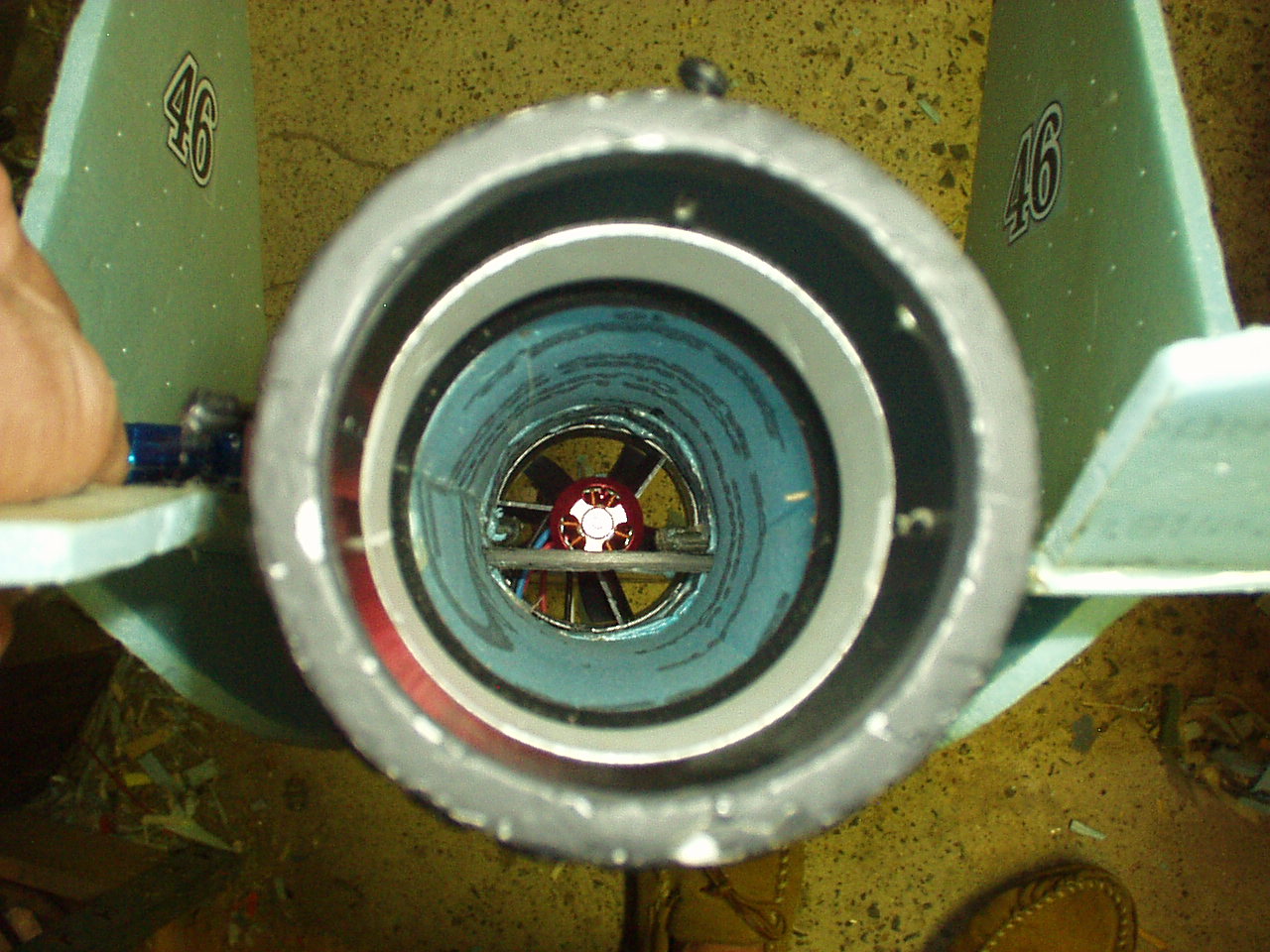 Look closely above and notice 2 HOLLOW TUBES RIGHT ABOVE(AT WALL'S EDGE) THAT ARE 90 DEGREES and facing forward that go right up to the blades of the EDF.

Fan removed to show the setup. 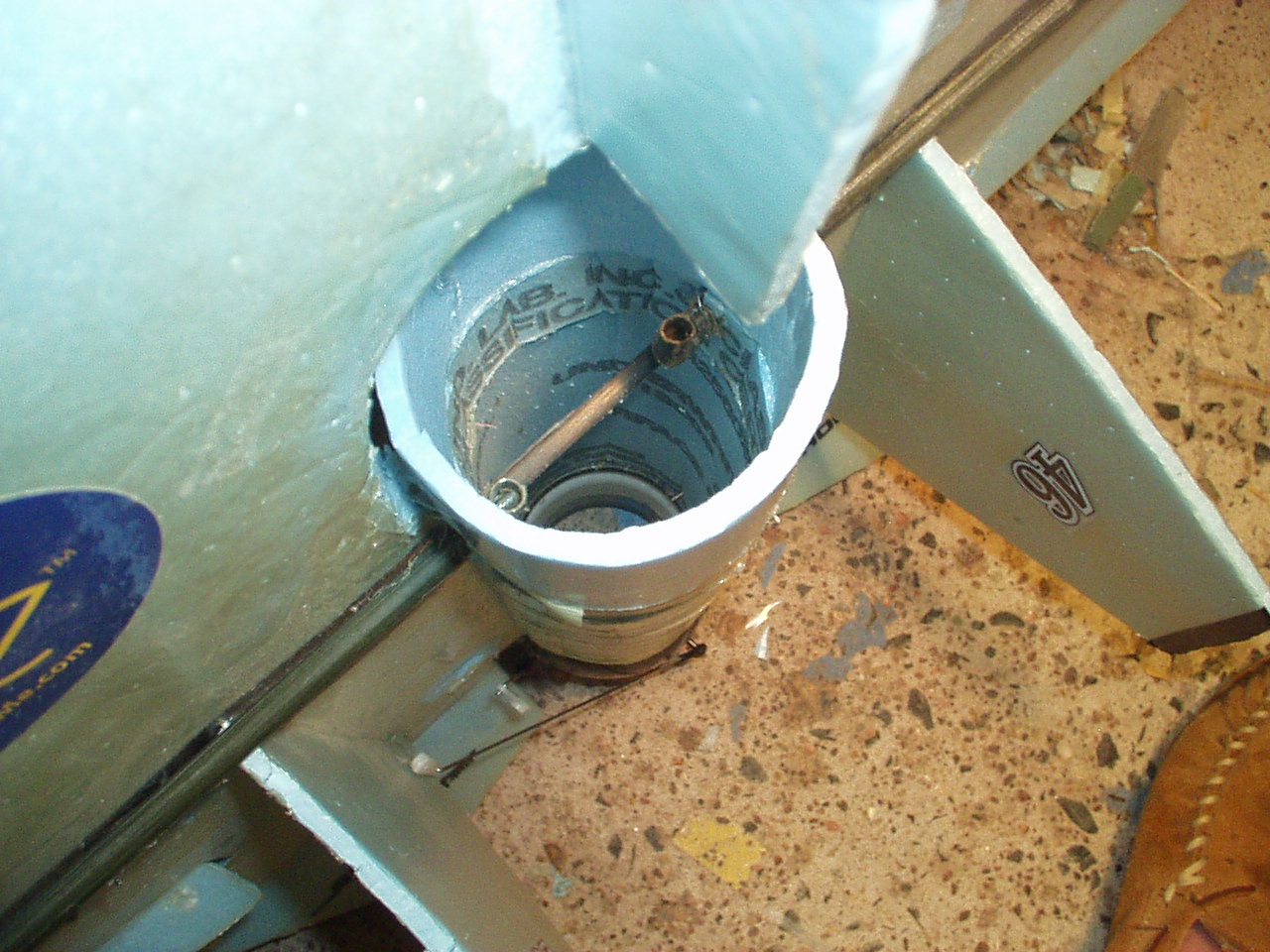 So now the flow starts behind the blades, travels down and goes thru the exhaust nozzle wall and out to the end. It is just inside of the black tape. Then I used a 90 degree short section to exhaust the outflow so flow is perpendicular to wing. I first set it up to both counteract the torque. 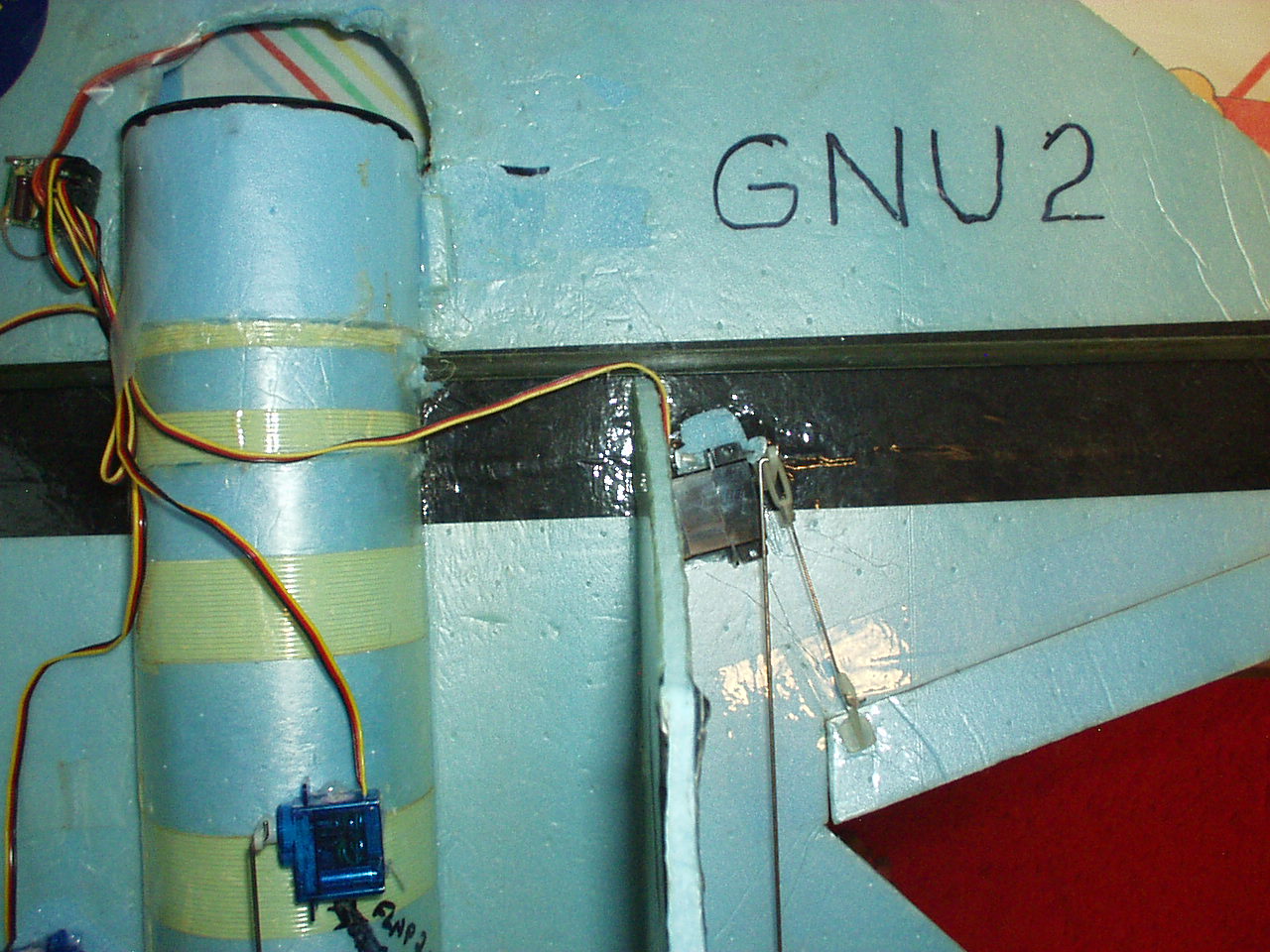 CONCEPT:
To fight torque, one must counteract a force times distance. So if you have a source of higher pressure(provided by the fan blades giving you a airflow) out on a wing(times distance), you provide a torque hoping to stop the turning. Does it work? Here is a video.


Then I wanted to see if I can improve the wing angle to get a higher angle of attack(to prevent flopping of the wings and stalling) and I changed them so that both faced upward on the exit exhaust. Here is the video. Look at 1:40.

Guess what, it improved the hover time(tough with an EDF anyway) and it improved a HIGHER ANGLE OF ATTACK BEFORE IT STARTED TO ROCK.

1) Putting the tubes in the exhaust nozzle airflow had little effect on thrust..
2) Worked with fighting and reducing torque when hovering.
3) Greatly improved a higher angle of attack before wings start to flop.
4) Finally, I feel I didn't have enough airflow and internal pressure to completely stop the torque altogether.
5) Wonder if a 12 bladed 70 mm would work better. Anybody what to try it?

It is really nice to take an idea and work it thru and have it improve stability of an aircraft.
Last edited: May 9, 2019

#2
This is what started for me with using Thrust Vectoring nozzles and exploring EDf's!!!!!

Wanted to duplicate this, still unable as of now.
J

Interesting solution!, I have been thinking of a solution like this but for the FT-Viggen.
But let the tappet of pressure flow over the outer part of the aileron it might be possible to have control during hovering without thrust vectoring?
I’ll report back when I’ve tested.