#1
Hi!
After reading some threads here and there, and after some experiments, I've decided to build a 2nd TT with some modifications:
1. H and V stabilization have moved on the top of fuselage in order to align elevators and wing.
2. Servos are rear centered and outside of the fuselage in order to leave a plenty of space inside and to shorten rods. 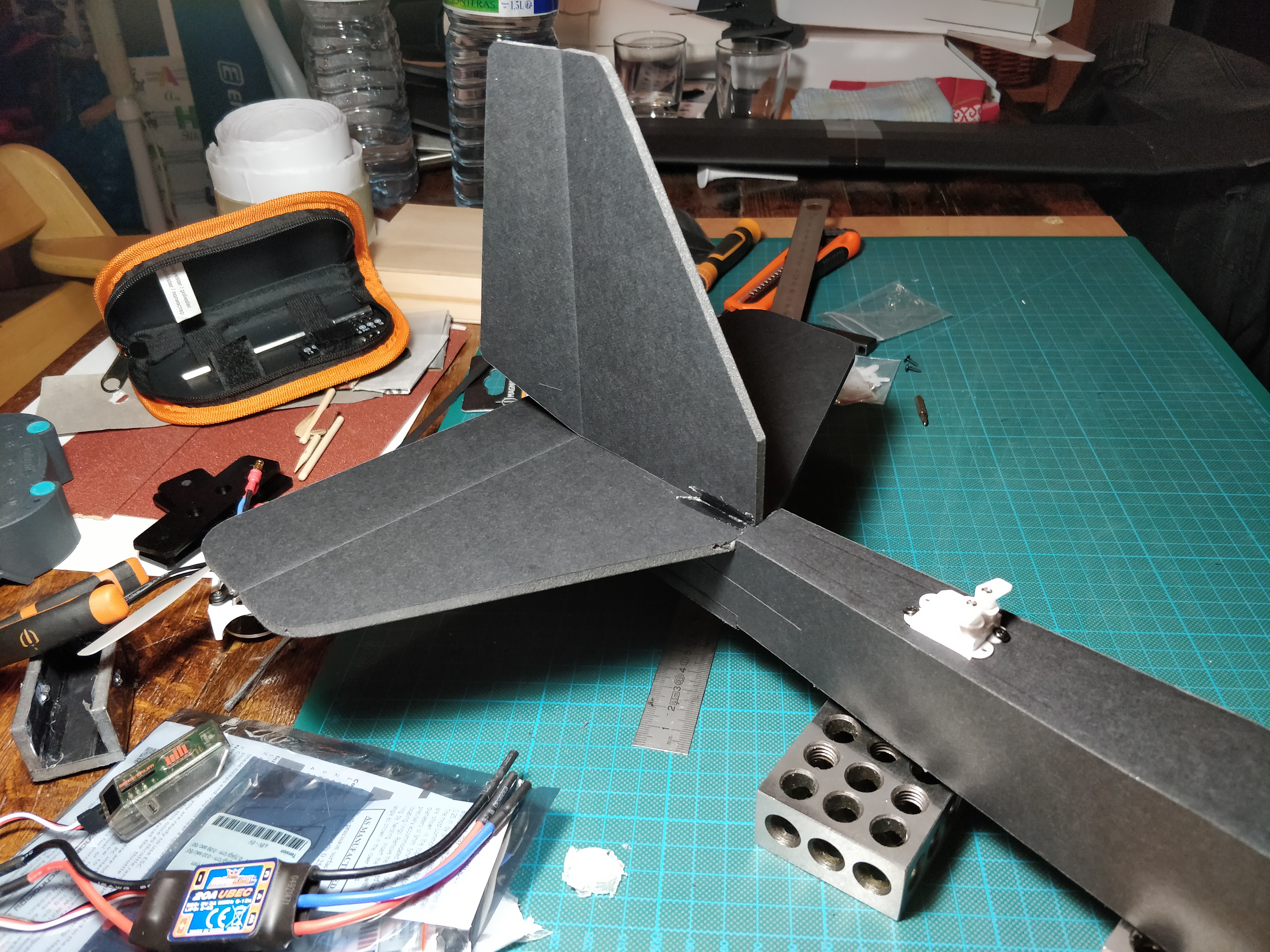 3. Nose will hold the reinforced power pod from Hai-Lee for better impact resistance. 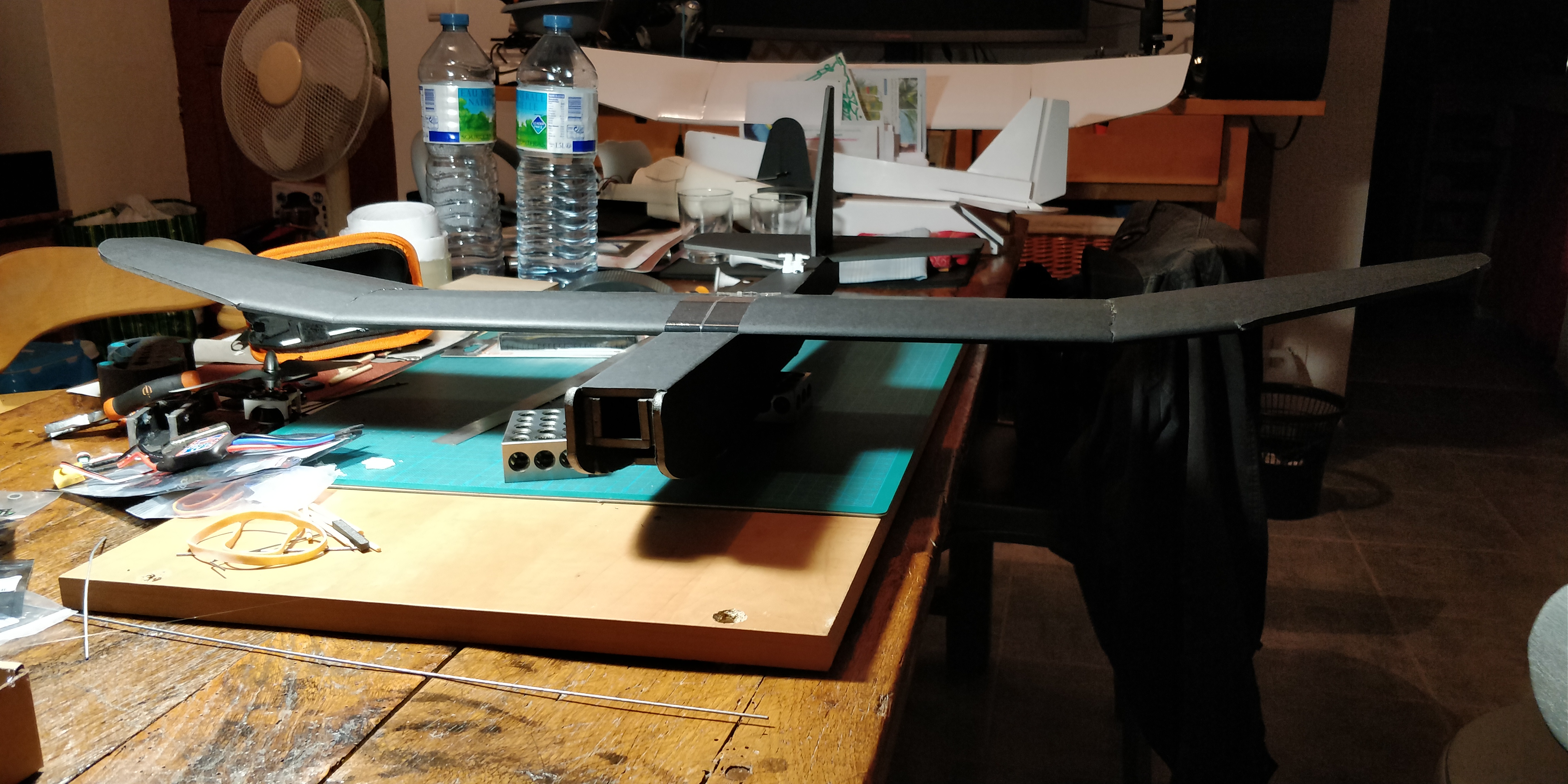 The tail is ugly but hey, it's actually not a beauty contest. 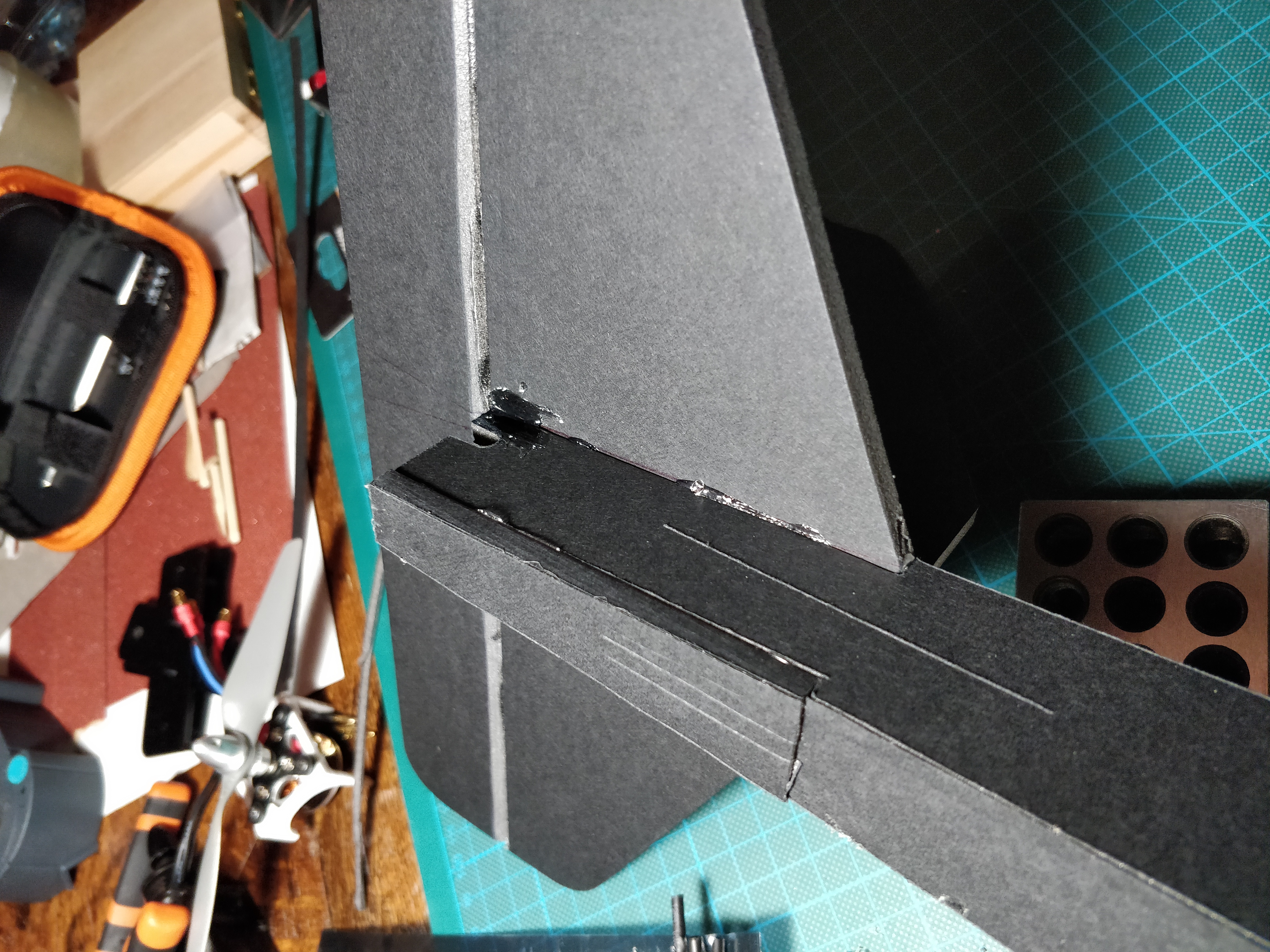 As I said, it's all about testing on the go, I'm using an already cut FB of the original design. It's somehow a limit, but it's a very reliable base.

I've seen a mod about wing attachment coming from inside the fuselage through square holes (rear side), I still have to figure out what could fit the best as 1 part of nose piece fixture / wing attachment. 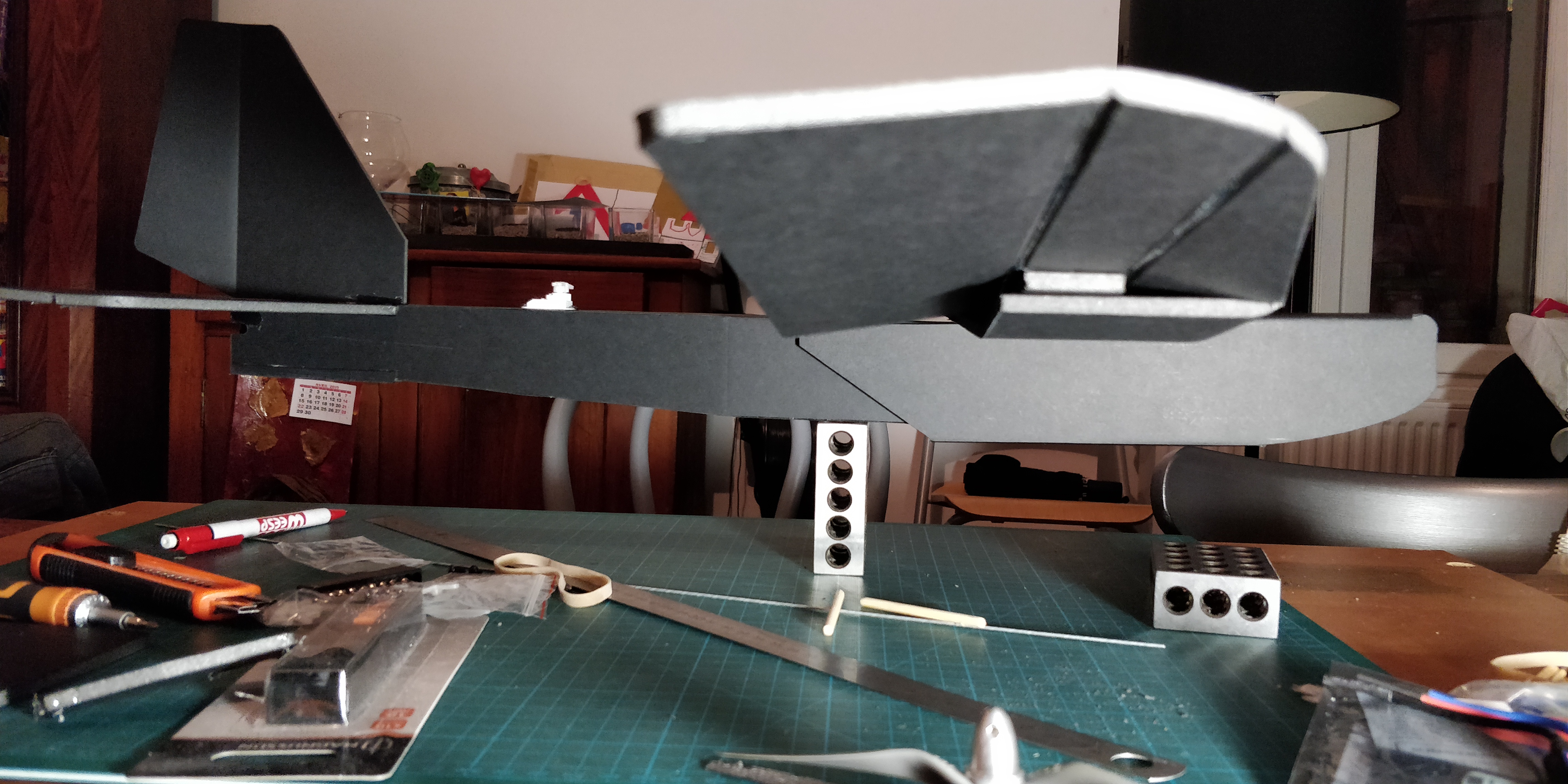 From your experience, is there any obvious rubber band design to avoid? Over-crossed, too straight, tearing rhe wing, ...?
I will certainly add small reinforcement on the wing where rubber will pass.

#2
I glue my wings on given the ease of building these beauties!

#3
Add card or plastic discs to the holes for the skewers, protects the foam and lasts longer. Cross the bands, also add a 1mm ish shim under the front edge of the wing for incidence.
I just used fibre reinforced tape on the front and rear of the wing with the BBQ skewer to stop the bands digging in, been fine like that on mine. Remember to keep added weight down.

#4
FDS said:
Remember to keep added weight down.
Click to expand...
I was already remembering your advice when fixing the tail section ("Just a tiny drop, it's not powered weight")! Thanks for that!
Actually there is no extra weight, it even a few lighter compared to original design. Only the backwarded servos will make more tail-heavy, but there is so much space in the fuselage that balancing the CoG will be easy by choosing an appropriate battery.

#5
On the sports wing I’ll add a u shaped push rod at the back and that’s what will hold the rubber bands from binding with the ailerons.

#6
Mounting the servos further back is a good idea, the most common problem with the TT is its nose heavy, so having the servos where you put them will help with that.

#7
I actually never had any balance issues with the TT always balanced prefect. I had issues with the electronics at first due to the small real estate inside the fuselage. However after I started gaining more experience and started understanding that I just was to worried to break something then everything just started to fit in ok.

#8
So, now testing firewall design.
Based on the one kindly provided by @SP0NZ , redrawn to fit my specs.
Unfortunately, I did forgot to take some pics once everything in place. But the result was matching expectations: a nice tiny curve for wiring, nothing out of the fuselage profile. 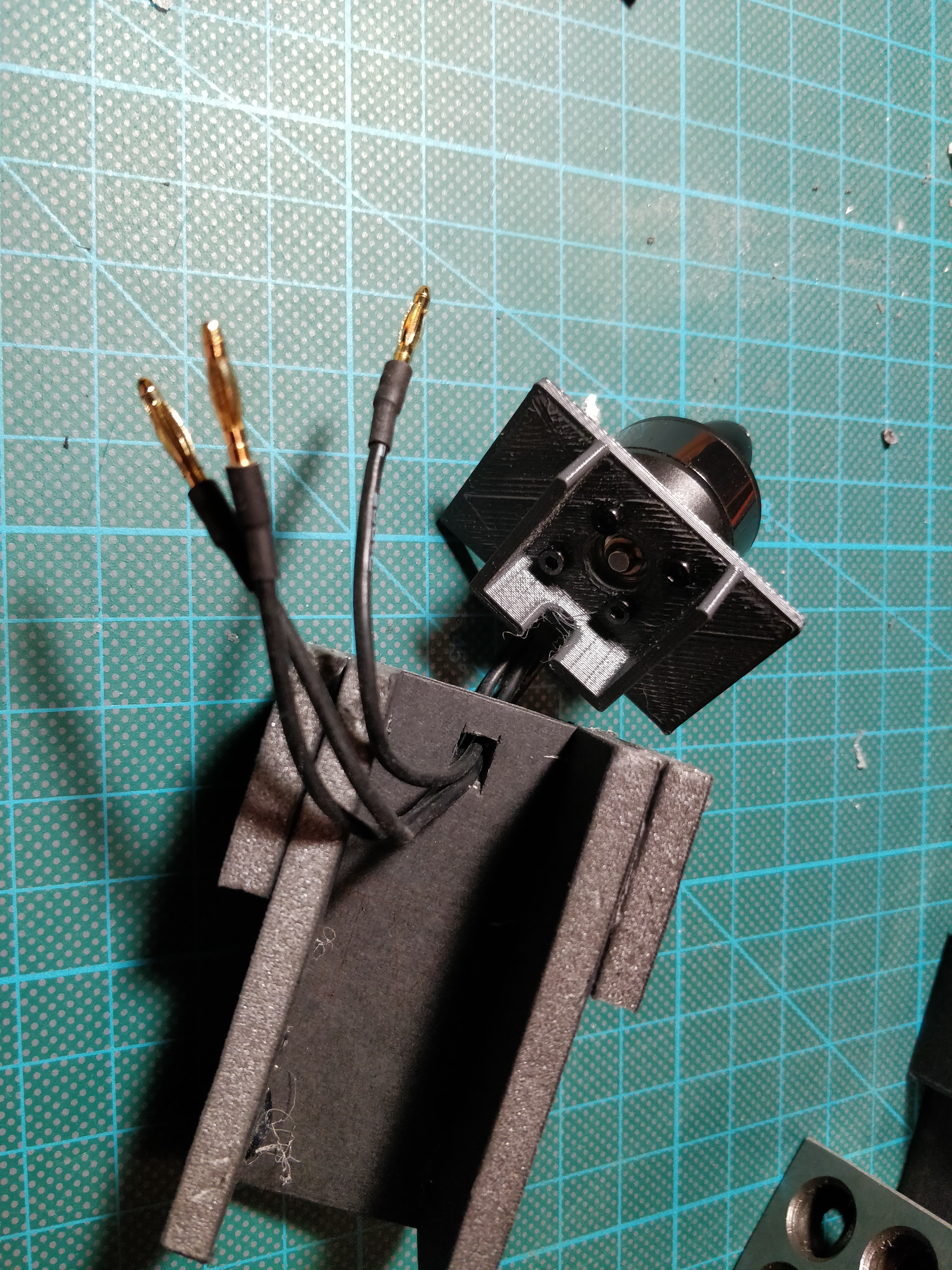 Fitting all the powered weight inside fuselage, time was to check CoG with 2S 1000 and 3s 850.
Magic happened!
CoG spot exactly at 1/3 of leading edge, just a blow on elevator and the plane was gently and smoothly balancing until be "flat" again.
No pic yet 😭
B

#9
Ive built 3 tiny trainers and a bunch of extra parts. This is the plane I started with. Your ideas and improvements are great. I just keep rebuilding. I have found a couple improvements but nothing that great. I think the best thing ive done is after inserting the bbq skewer add a drop of hot glue around and in the hole. Let it set 10 sec. wipe it and reinsert a trash piece of bbq skewer and remove. It doesnt look great but it sure makes the hole hold up alot longer with very little added wait.

#10
The area around servos is weak, it will be improved by reinforcement parts or by moving them a little bit forward.
I'm re-drawing plans including the changes.

#11
I re-enforce the BBQ holes with cardboard, or 1mm balasa both will hold for more than the plane itself will .
Last edited: Jul 22, 2019

#12
I have smashed my TT to pieces and rebuilt it a lot. Not had a servo shift position or any nearby failure.
Beware of adding weight, it’s not a large plane, every gram counts.
I can confirm @mayan ’s simple mod works on the wing holes. Mine had two ripped clean out and I did this to fix it.
You must log in or register to reply here.
Share: Facebook Twitter Google+ Reddit Pinterest Tumblr WhatsApp Email Link
Menu
Log in
Register