#1
Not that I don't like the mini-arrow, but why did I start to build another wing?

Target AUW will be around 300g. I build really light using carpenters glue instead of HG.

I better find some carbon fiber.

#3
I know you said you like to build light but since you can probably fly this at ludicrous speed, you could fill the empty wing space with polyurethane insulating spray foam which would add a tremendous amount of strength. I heard about that at Flite Fest a few weeks back for someone who was trying to reinforce his combat wing. I'm curious to try that on my next one...

I may re-wire it for 6S if I can find a different ESC in the junk bin but the current goes to something crazy like 60A. I'll have to run 2x 3S 1000mah packs for a 6S though, none of my big 6S will fit.

I have tried poly foam filling before. On the mini-arrow, there's very little gap in the wing anyway and the spars take up a good chunk of that. I have some curved, flat CF that I'm going to try and use. I've never had a mini-arrow come apart at the wings, they always shear right down the middle so strenghtening the middle of the fuse is going to be the goal.

I did use poly foam on one of my SeaDuck builds in the fuze, but then the hot glue on the wings came undone, so it was a lost cause anyway. And now you know why I don't use HG anymore

i just put one on my high speed goblin after toasting the previous motor.

i am going to trust their numbers and hope that the motor can handle the 880 watts of power without getting fried. pretty sure that is what happened to my last motor.

I don't have a spare 60A controller so 3S is all it's gonna be. My ESC is 4S capable, but I don't think it will last too long

#7
MRJ - just a heads up, mine just smoked with no load testing on a 4S and hard limited to 30A after burping the throttle. Wasn't on it for more than 3 seconds. No Bueno... and motor is REALLY hot. (even smells)

ESC is cool to the touch, pulled everything apart and it's definitely the motor.

Still works on 3S....but damnit I just cut the fuze for a 4S battery.

i also got my motor installed on the Gremlin yesterday and did a spin test. i did not put it on my amp/watt meter but did spin it up pretty good.

not sure why you got so much heat? maybe a bad motor from the start? what do the copper coils look like? are the brown and burnt looking?

i will report back once i either fly or die.

#9
No burnt coils...who knows. It still spins. I'll take it out and fly it tomorrow.

#10
Sound like I need to get a Radial motor for our next Goblin build and a 60 amp esc for a 4S battery so we can achieve "Ludicrous Speed!

#11
LOL - I just printed the goblin plans. We'll see how this motor works on the arrow, but it may end up on the Goblin.

but, it was very fast for many flights before it died.


if you can get an Arrow to fly this fast you will have a very fun little wing!

launched the goblin today and it took about 5 secs before the motor went pop, and i was gliding my way back to the field. on inspection the motor was smoked, wires melted, and smelled like an electrical fire.

so, i guess Emax is full of .... with their numbers. was expecting a little more from a company like them. save yourself the pain and do not use this on the goblin.

#14
firewall is charred, coils are black, and most of the wire insulation has been toasted. 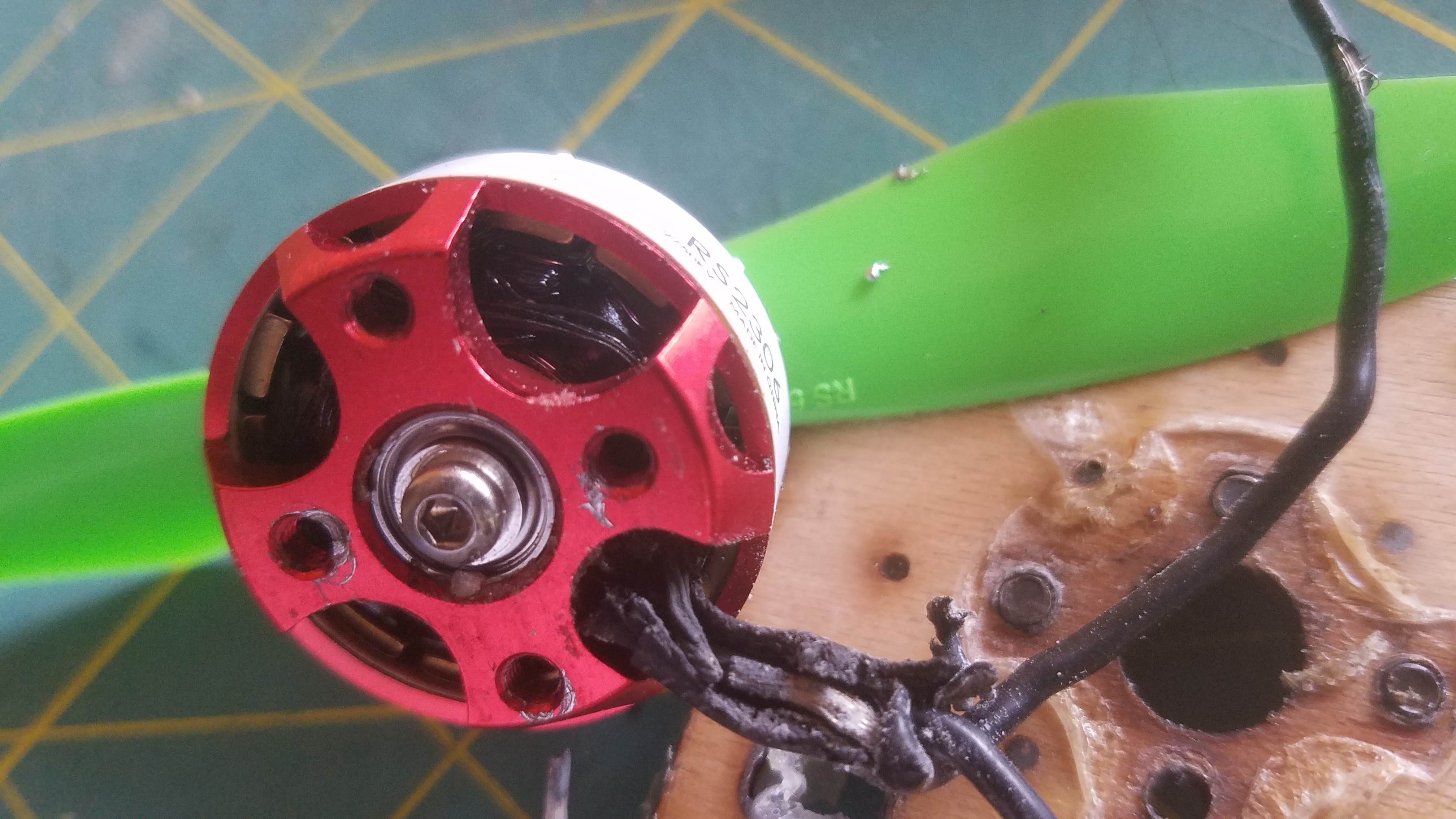 not sure what i am going to use now.

I tested mine on a 3S and it still runs. But we just got hit with noise restrictions so no more rear mounted motors. Guess mine will go int he parts pile for a while. Maybe a mini-mustang or somthing.

#16
Brett_N said:
... we just got hit with noise restrictions so no more rear mounted motors.
Click to expand...
what? who did that? maybe time to find a new field. i have a huge amount of pushers and prop in slots, i would be pissed if i was told i could not fly them anymore.

#19
mrjdstewart said:
what? who did that? maybe time to find a new field. i have a huge amount of pushers and prop in slots, i would be pissed if i was told i could not fly them anymore.

me
Click to expand...
no kidding. But, the neighbors don't like us flying weed-whackers at 6am for some reason. OUr park is directly in the middle of a neighborhood and maintained by the city (so, it's free, and no AMA restrictions...) gotta play nice and keep the field.

#20
bracesport said:
I have a Versa with a 1000kva motor and an 8x6 - could I put a 2200kva onto it with 8x6 cut down to 6x6?
Click to expand...
Make sure you balance it before putting it on your plane, an unbalanced prop is very inefficient, puts tremendous strain on the internal bearings, and can shake parts of your plane loose.
You must log in or register to reply here.
Share: Facebook Twitter Google+ Reddit Pinterest Tumblr WhatsApp Email Link
Menu
Log in
Register