#1
I'm currently moving from my duty station here in Korea back the the U.S. so I'm not in a position to throw a prototype together but I figured I'd share my idea with the community and see what comes of it. So here goes...

Star Wars, A-Wing. Yes I've looked at it, no it really doesn't have any control surfaces or lifting surfaces but hear me out!

With foam the airframe can be built so light that the thrust to weight ratios achieved from DC motors can make almost anything fly. So, we shape the fuselage so that it creates high alpha lift when generally level. This will limit the top speed if we get too carried away but that's ok for now. The control would come from vectored EDF ports and rudders. The most difficult part of the entire build will mixing all of the channels so that vectoring and tail will all work in concert with one another.

#2
NASA had an interesting lifting body program in the later 1960s... your subject reminded me most of this, the M2F2. Later developments in the series might have been better flyers, but the seemingly unlikely shape of this one and the resemblance of its configuration to yours popped into my mind immediately 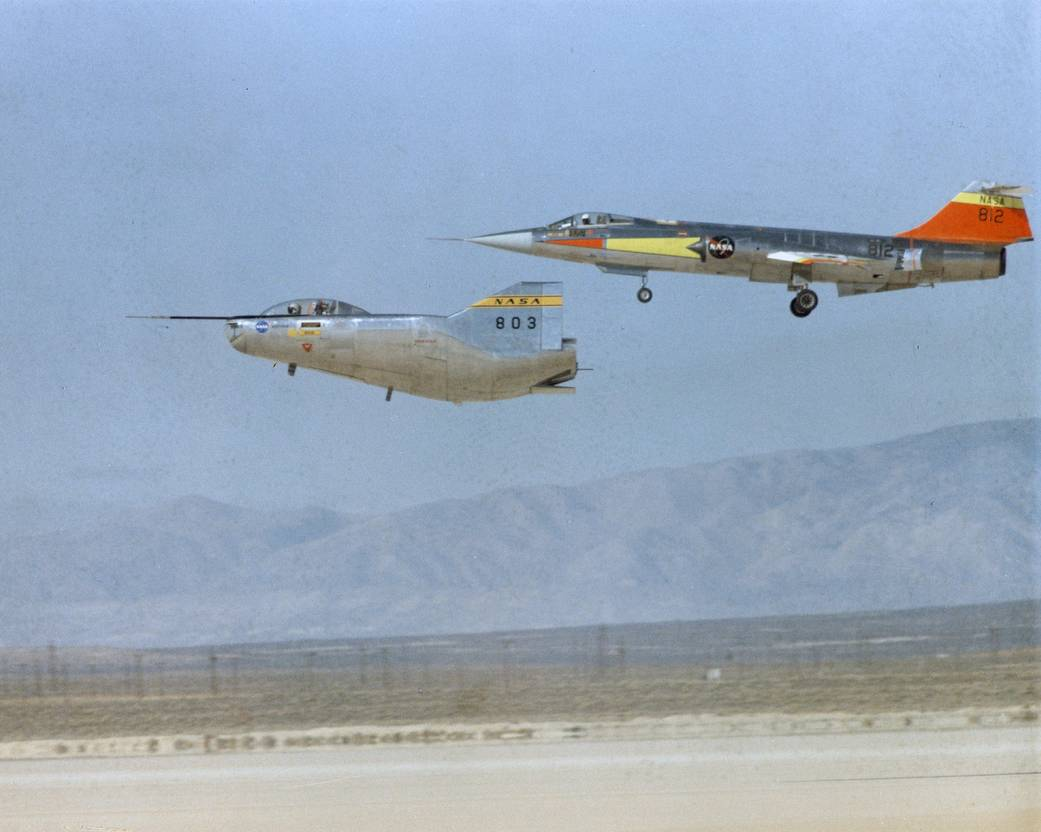 #3
That's pretty dadgum close to what I was thinking for the fuselage!

#4
This sketch is from a great book from NASA ( https://history.nasa.gov/SP-4220.pdf -- gotta love the interwebs!) that tells us that the amazing unpowered landings of the X24-B were the basis for the Space Shuttle design not having jet engines that were originally intended to be there for landings. The X24-B body shape is kind of cool with its more angular lines... reminds me a lot of the A-Wing fighters, too, from some angles. Especially if its nose was clipped a bit. I imagine the long pointy nose was because of operating in the atmosphere under rocket power, which our models can mostly do without, right?

(BTW, wishing you a smooth,safe transition back to "the world" "Numerous" years ago I had a short tour assignment to Korea ... and after all was said and done found myself with the Army in Germany for two years instead. What can I say, it's a great way of life! ) 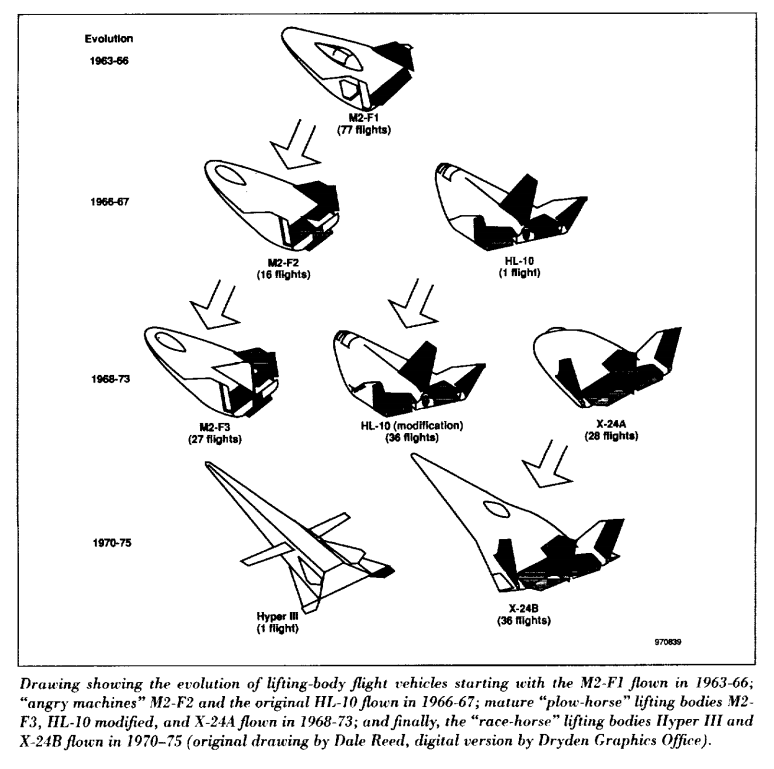 #5
As that is an F104 with no drop tanks the real question with that picture is did the M2F2 land before the 104 ran out of fuel?
G

#6
If you guys think the A-Win is an interesting concept, wait until I tell you about the EDF AGM-114 Hellfire Missile.

I'm an AH-64 pilot, and the hellfire has been the go to munition in Afghanistan and Iraq since the first Gulf War. Well, the munition is just a long tube with fins and a rocket motor... Until the recent versions the guidance system was actually very basic. I digress... I'm thinking that a a foam board tube with 2 outrunners mounted inside could produce enough thrust to maintain sustained flight. The missile has strakes (fixed position canards) and fins. 2 of the strakes can be converted to canards for increased lift, and the fins are fins... Basically there would be a hole in the front, where the laser seeker is normally mounted, and a hole in the back where the rocket motor would be, with 2 large diameter props inside. Torque roll wouldn't be an issue if you're motors spin in opposite directions. You'd have to exaggerate the rear fins slightly to produce enough life for sustained flight, but I think you could do so with out changing the look too much.

This idea hit me when I saw the Bullet Bill episode!