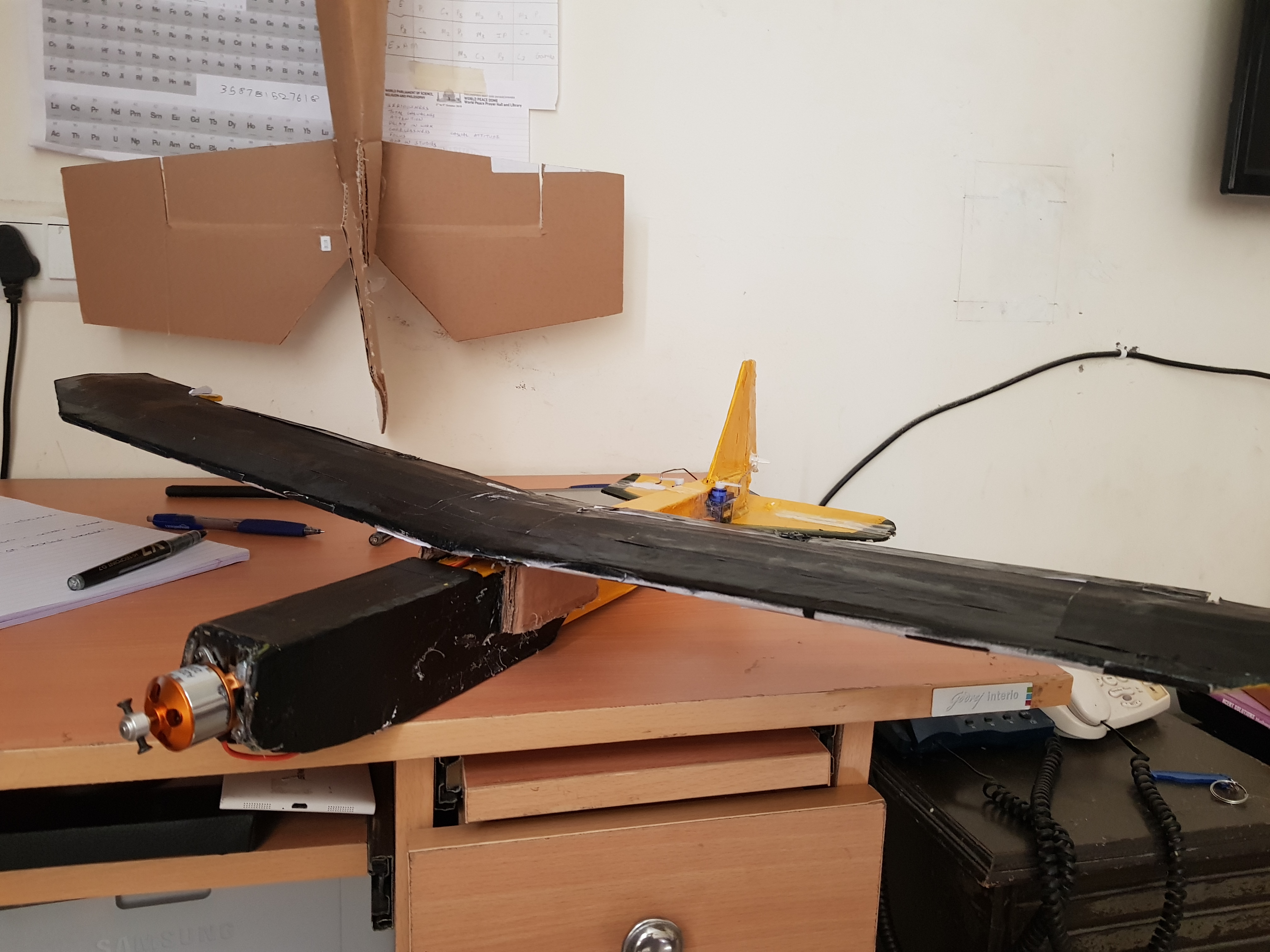 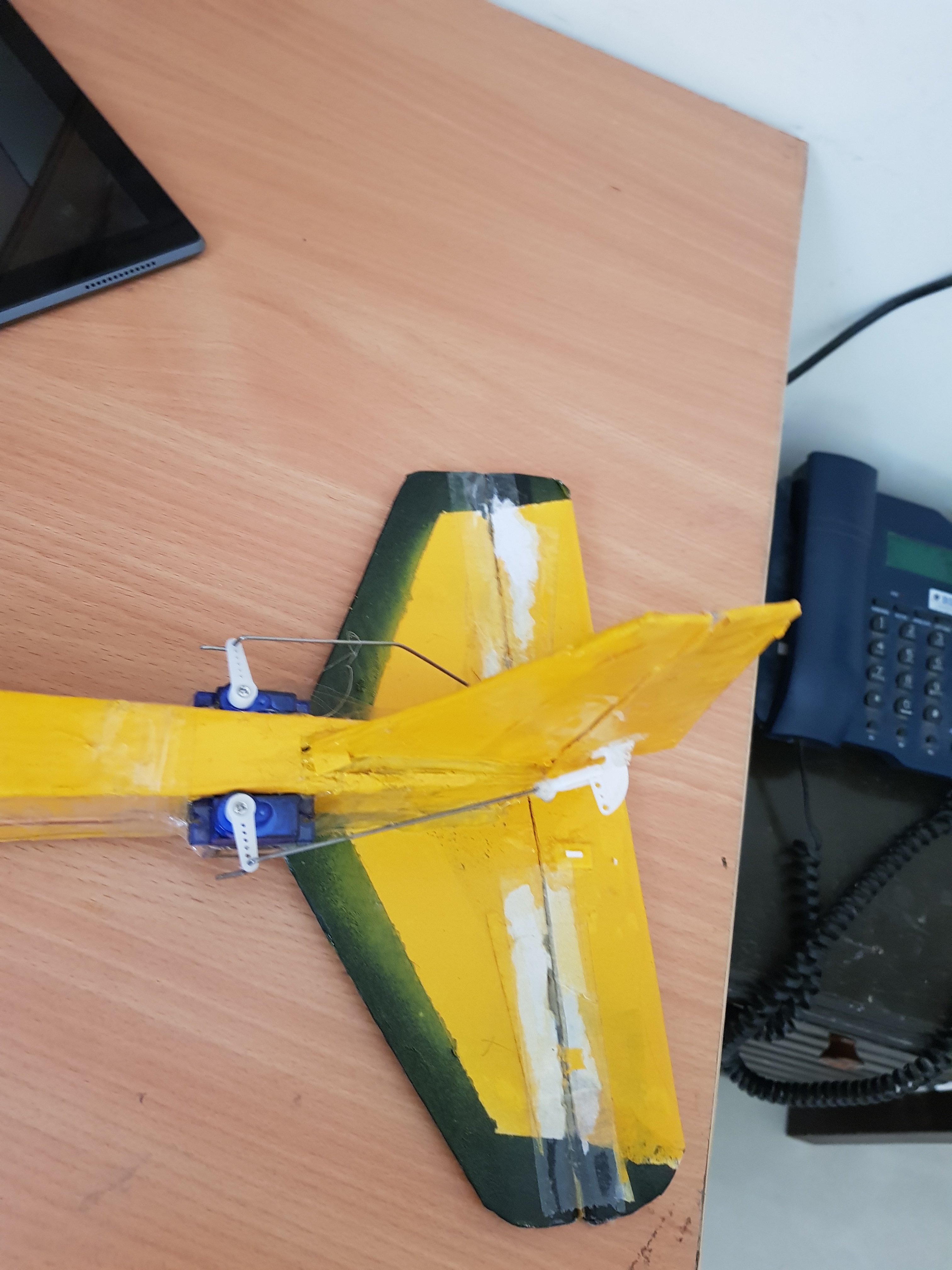 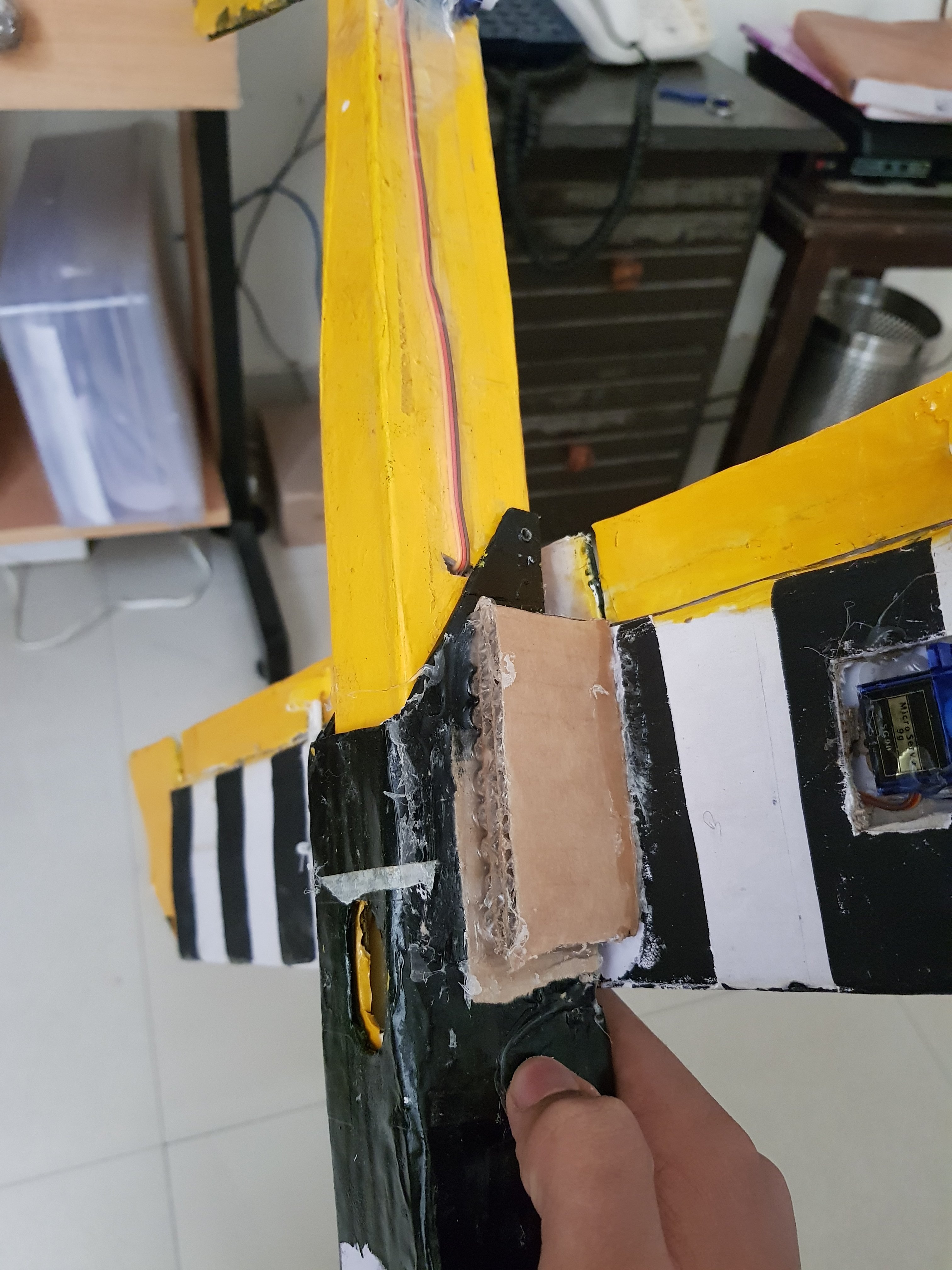 Now the wing is glued I added a 2200 kv motor and a 6035 prop and a 1500 Mah lipo 3 cell the c.g is about 3 .5 cm from the front end of the wing.
I know I scratch builded it changed the design a bit but still it flies great just as much as the original fttrainer made out of foam.
It's pretty dope and it's fast. Last week I took it for a maiden and it flies great I even did a loop.
At last my point is cardboard flies just as much as foam I even made a ft edge but it needs a bigger prop and motor which I bought from banggood which should arrive shortly 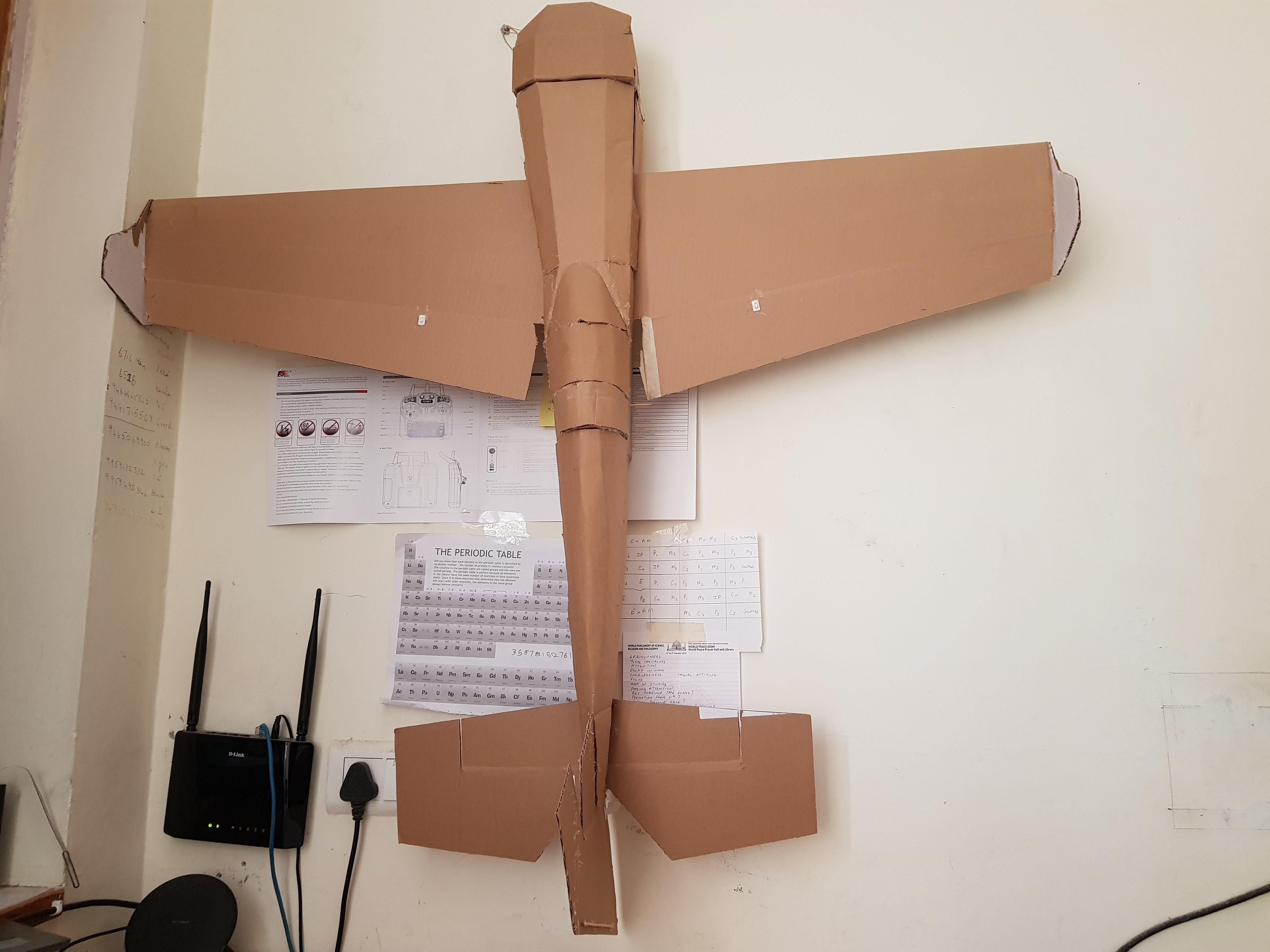 Guys please help me for getting better in this hobby.
Last edited: Jan 8, 2019
M