Cessna Bits or Flight of the Phoenix?

#1
After 5 years my Depron Cessna O-2 (Skymaster) finally had one crash too many and ended up like this. 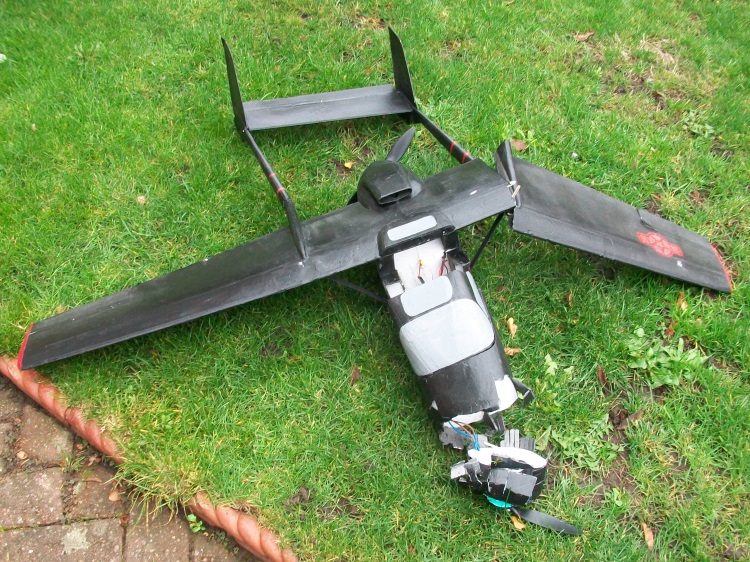 As is common with Depron builds it 'crumpled' in the crash so the impact shock is relatively gentle on the electrics in fact everything still worked and it did even break the props!
It had always been a favourite of mine so it was with regret I started to extract the motors, ESCs, servo and radio but then I realised the outer wing panels were undamaged and looked almost Mustang(ish)........ I wonder.
The wing panels give a span 39" (965 mm) which just happened to be very close to that of the 3/4 size Ballerina that I had already built in Depron.
So Cessna Skymaster outer wing panels in a low wing semi scale WWII 'fighter' type fuselage using one motor, ESC and the servos from the Skymaster.
The wing panels joined with a stout dihedral brace. 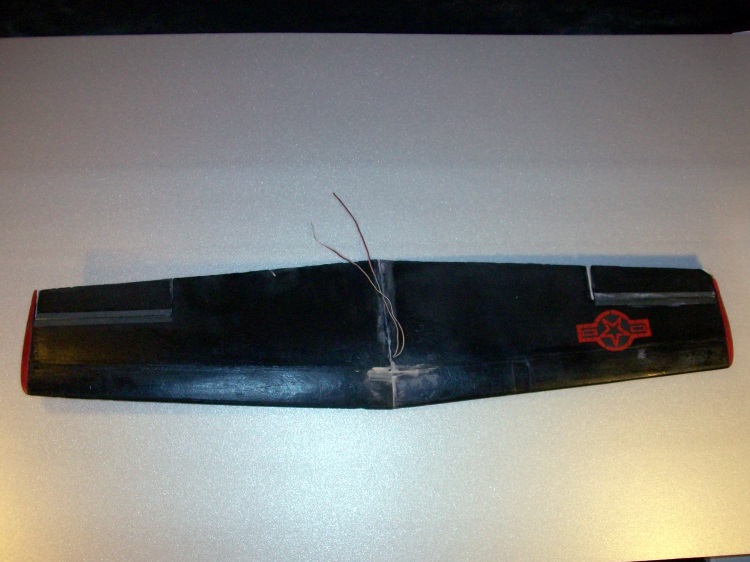 The motor mount for the Emax 2822 is 3D printed in conjunction with the bulkhead.

The rest of the fuselage is almost a direct copy of the one I built for the 3/4 size Ballerina with minor changes to suit the much thinner Cessna wing. 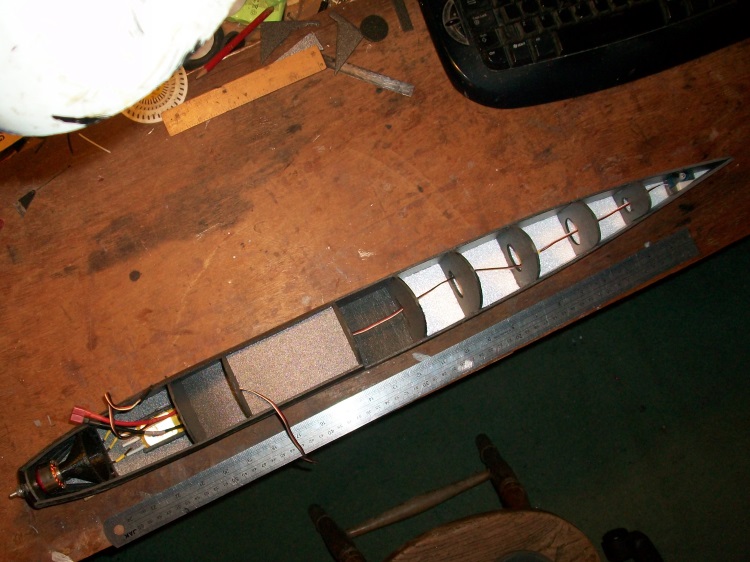 The Cessna O-2 flew pretty well on 'one' and the Cessna Bits will be significantly lighter and with only 1/2 the frontal area so it should fly.

#3
The tiny elevator servo salvaged from the Cessna. 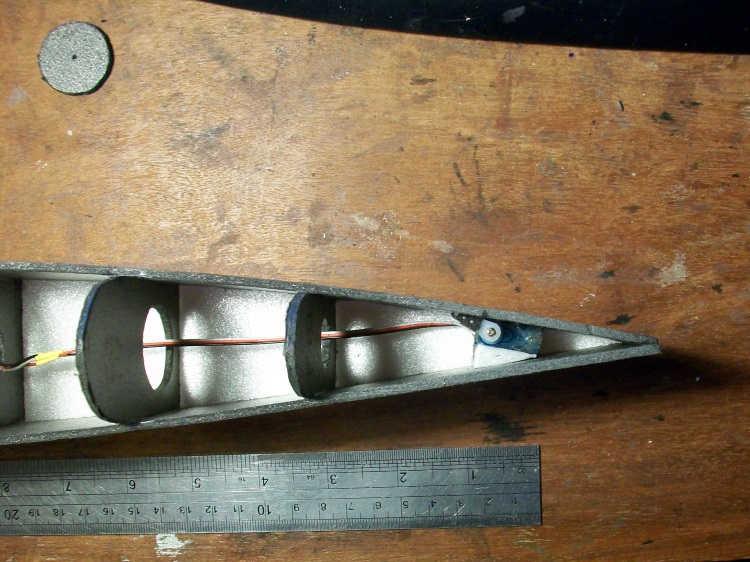 The tail feathers are just 3mm Depron sheet with hard balsa edges, The elevator halves are joined by a glass fibre thin wall tube which is supported by a n acetate bearing where it passes through the fin. The out ends of the elevator are supported on 3D printed hinges. 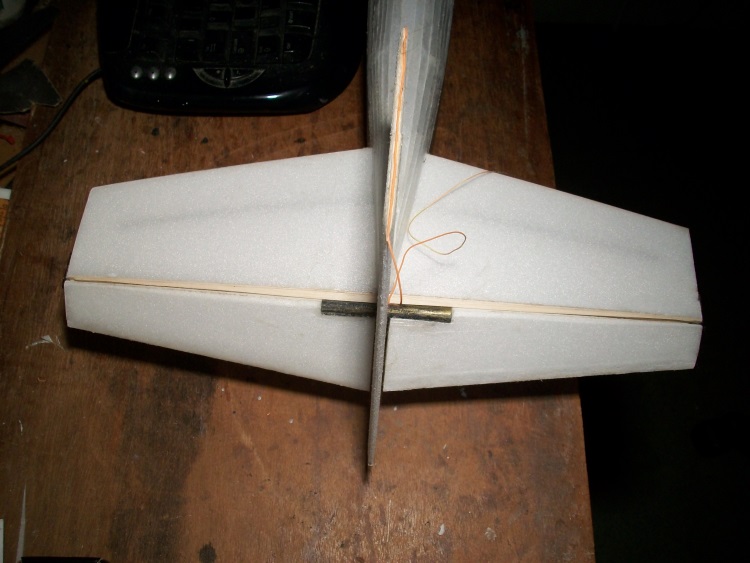 As it will be flown "bank and yank" (as was the Cessna!) there is no need to 'cut back' the elevators to give clearance for rudder movement.
The Cessna used an early DSM2 Orange rx. Although it gave no trouble at my field - I fly alone - It may have contributed to the crash as I was flying at a busy open day. In the Cessna Bits it has been replaced by a Corona 35 meg full range 4 channel unit. I know it has "out of sight" range and as far fewer use 35 meg now interference is no longer a serious issue.
Last edited: Dec 24, 2018 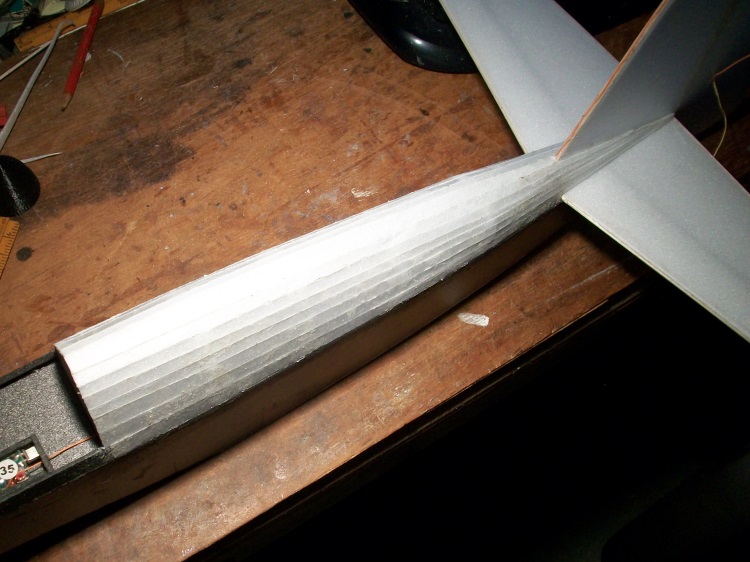 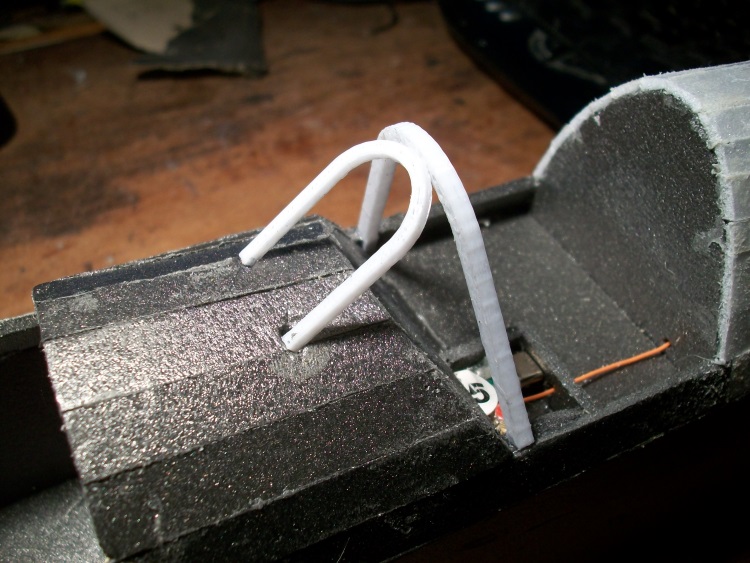 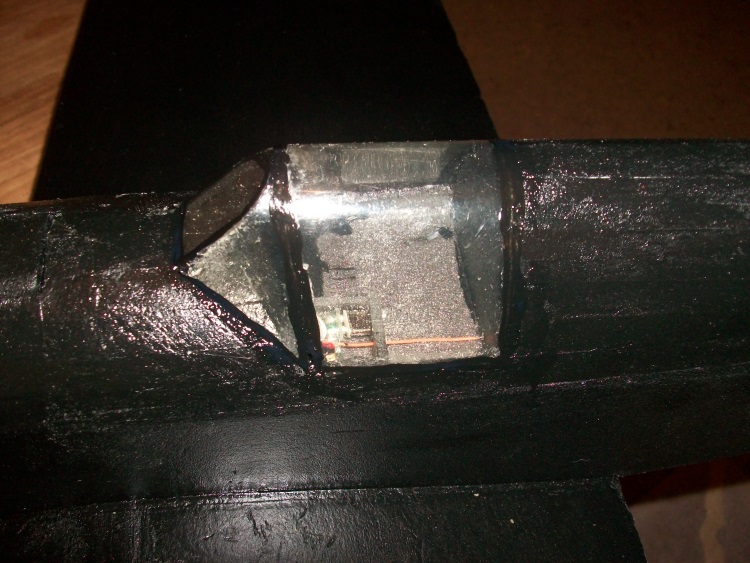 The Corona is just visible with the long aerial fed through the fuselage and around the fin.
The spinner is also 3D printed. 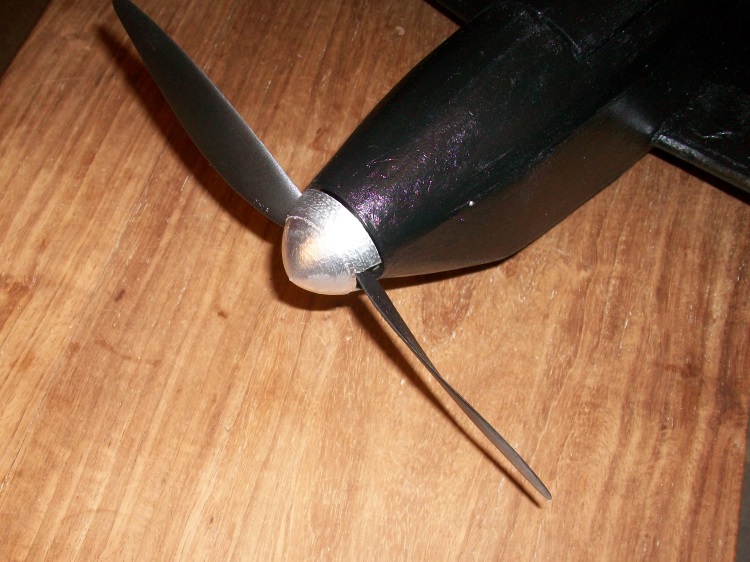 Complete with a red tail. 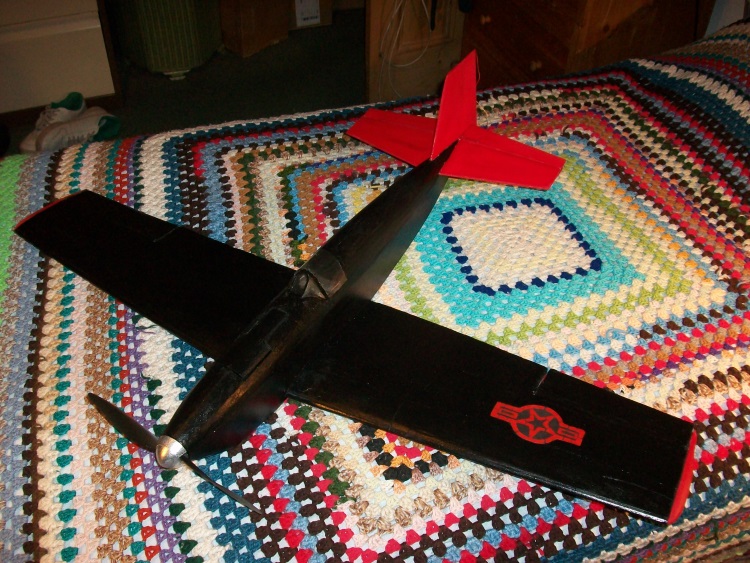