#1
Here's my entry for the FTFC 19 Build-ruary challenge.

FTFC19: Build-ruary by Grifflyer, Build skill 4/5 | Pilot skill 4/5 I can do almost everything except advanced 3D maneuvers.

I recently retired my D.520 which was my smaller fast plane, and I need something to replace it. So instead I'm to build a 70% racer because the racer is said to fly very well and it has tons of good feedback (I just need that to translate into a smaller airframe)

First thing I did was printed out the full size plans at 70% size, and widened the A and B fold cavities to 3/16 in. The fuse went together well but I had to widen the nose to accept the FT mighty mini power pod, and widen the tail section so the the vertical stab could slot into the fuse. The only changes made to the tail feathers were changing up the alingent slots a little bit. The wing was the same as the full size except I used a spar like the FT mini mustang, and I changed the cutout in the fuse so that it lied flush with the belly. 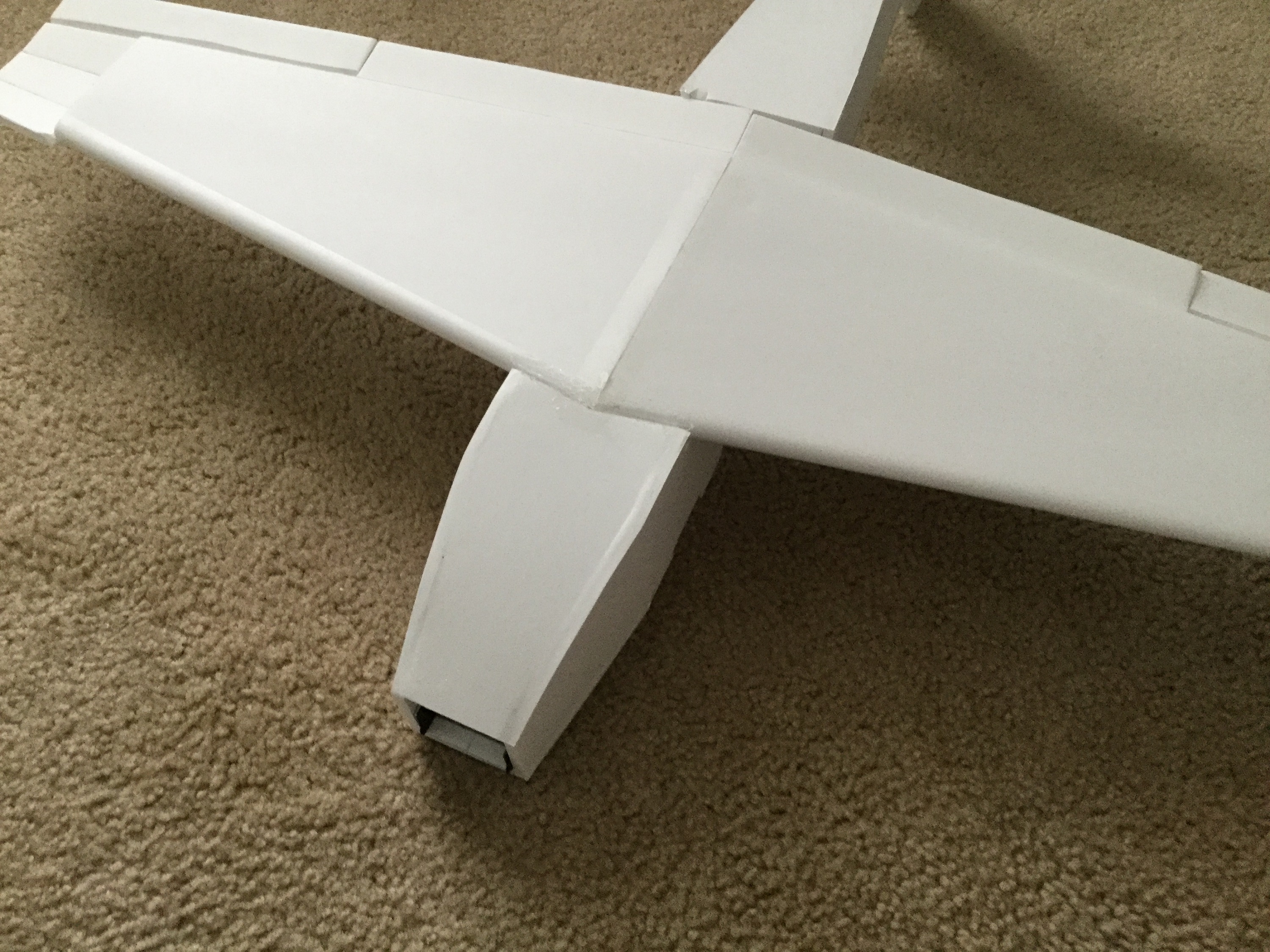 I also cut out a section of the top plate for a hatch. 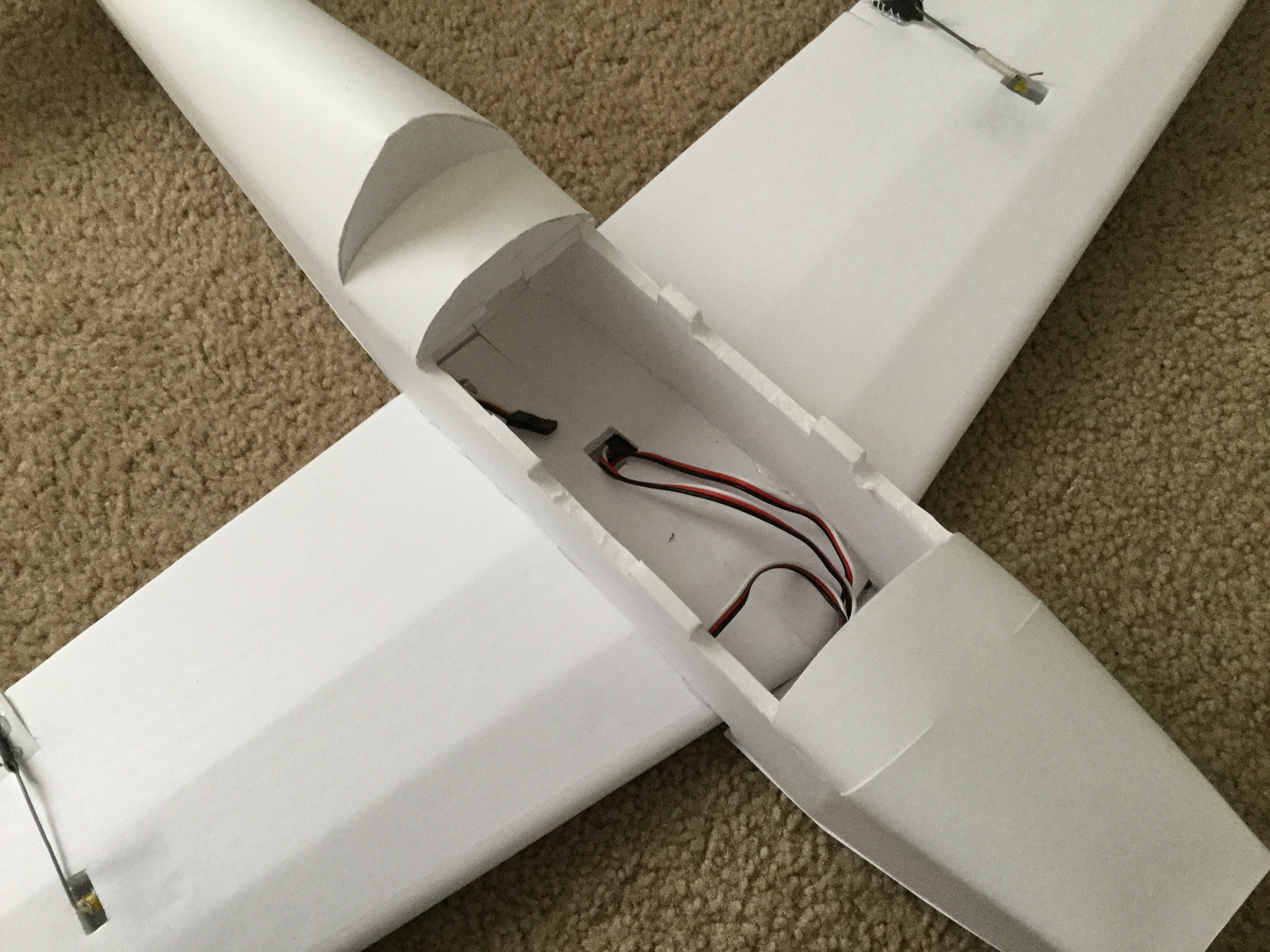 Here she is decorated with black packing tape. 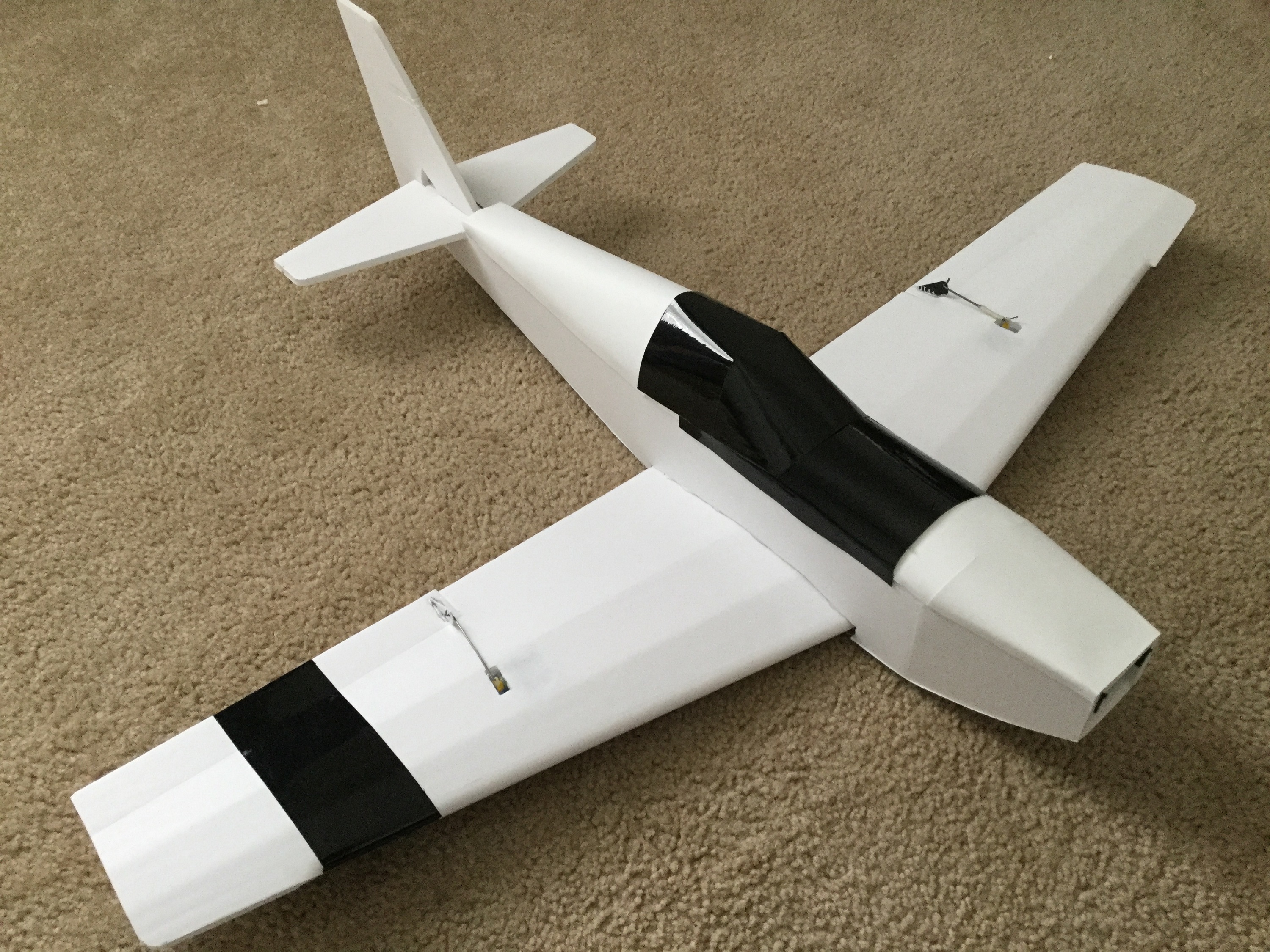 Overall I'll give it a Build Difficulty rating of 3/5 after you've scaled down a plane once, the process is pretty straightforward. The build itself took about a week of working on it for like 45 minutes a day.
Now I just got to install the motor and reciever, and fly it!!

Update:
I got out to fly it!!
It flies pretty good just a bit touchy, I launched in high rates so it was very squirrely right off the bat but once I got her trimmed out she was pretty docile over all. The flight difficulty was 4/5 due to the close call at launch.


Do's and Don'ts
I think that for anyone wanting to design their own plane, scaling down or upsizing an existing plane is a great way to start. It will give you a better understanding on how the folds work because you'll have to enlarge or shrink each one of them to get them to fold properly and there will almost always be a road block along the way so this should help develop skills to make changes to an airframe on the fly. And it also gives you a way to make a whole new plane by using existing plans.
Last edited: Feb 28, 2019

I first build the Grunjet at Flite Fest Florida, and this plane has so many memories around it, like building it next to @SlingShot and then having @FlyingMonkey launch it for me. So I have zero reasons for why I should scrap this one.

The repairs it needs: 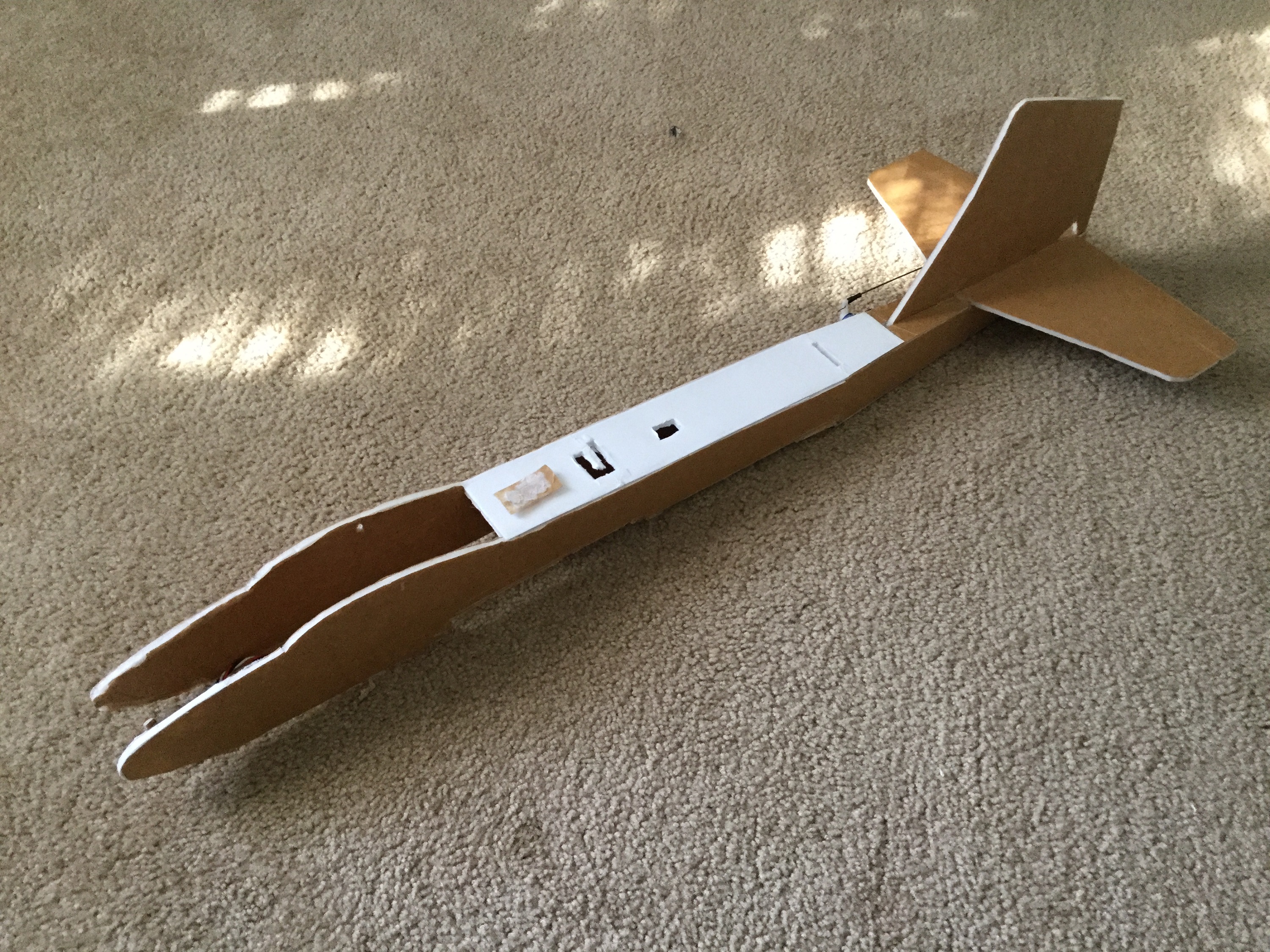 Here she is currently.

Okay I got her all fixed up!! The plane itself is really basic airframe so the repair was pretty simple, all I really did was finish building a plane that someone abandoned. I did make one change to the original design. I made the EDF mount pieces a bit more robust so that they'll hopefully last longer. As I said before this is a really basic airframe I'm going to give this a build difficulty of 2/5 due to curving of foam for the thrst tube and because I spent a good half hour trying to get the canopy magnets installed. The build took me from Feb 1st. to Feb 27th. but I did go on vacation in the middle of it all. 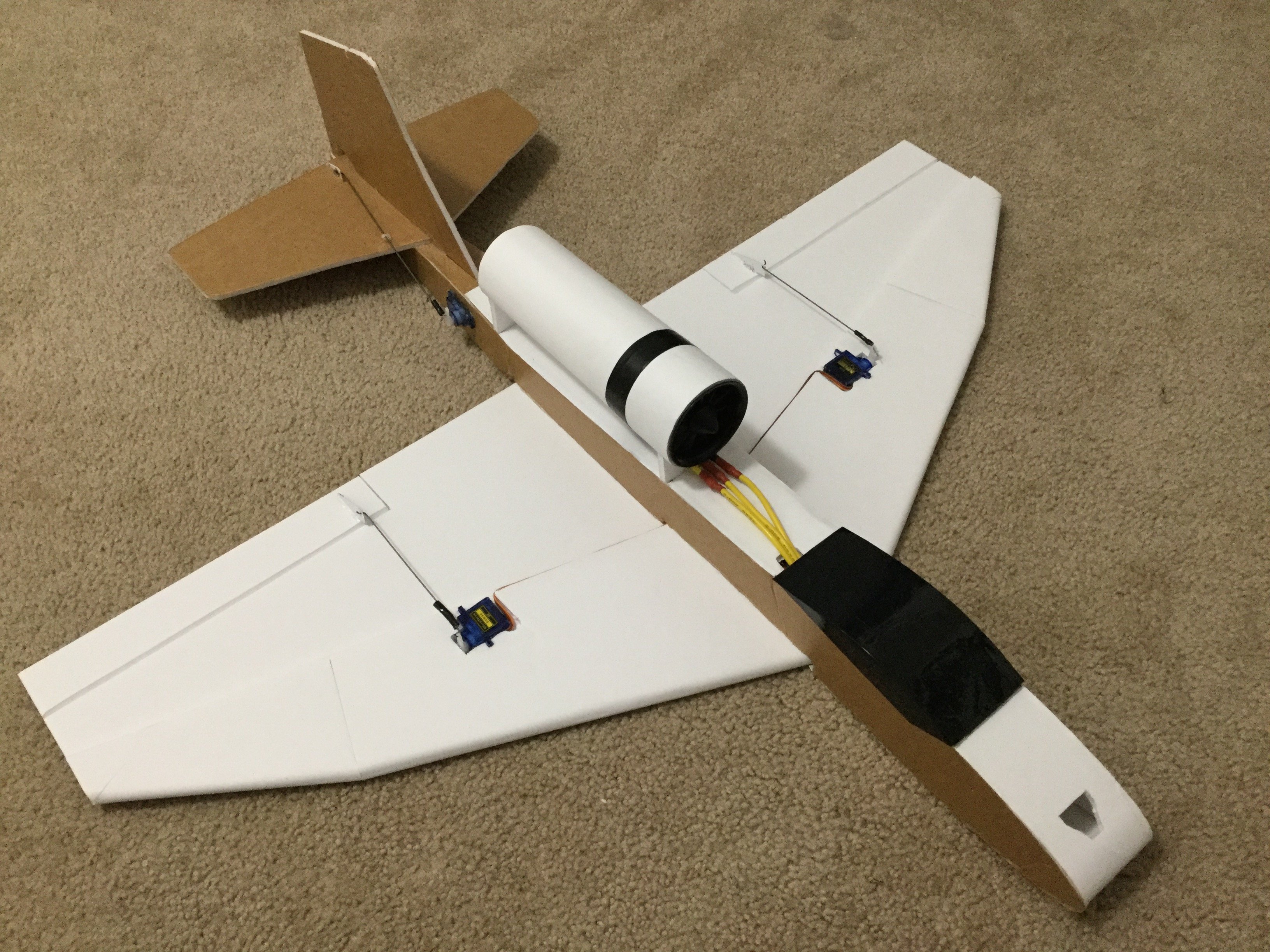 Maybe I'm biased here seeing that I designed it but I haven't seen one of these fly bad yet. Even this heavy setup only running 3 cells still flew amazingly. So I'm going to give this a flight difficulty of 1/5 but that could become a 2/5 with a 4s setup.


Do's and Don'ts
Again I'm probably biased here but this is a really good airframe for those who are looking at getting into jets.
Last edited: Feb 28, 2019

Plain and simple, I needed a good flying FPV platform and this one fit the bill.

All in all this was a very simple build, it only takes about five parts. The only mods I made to the stock build was a different motor mount (it needed to be a tad wider) and since I didn't want my electronics to be exposed I built a "canopy" to house everything. I was able to finish it in about two hours. 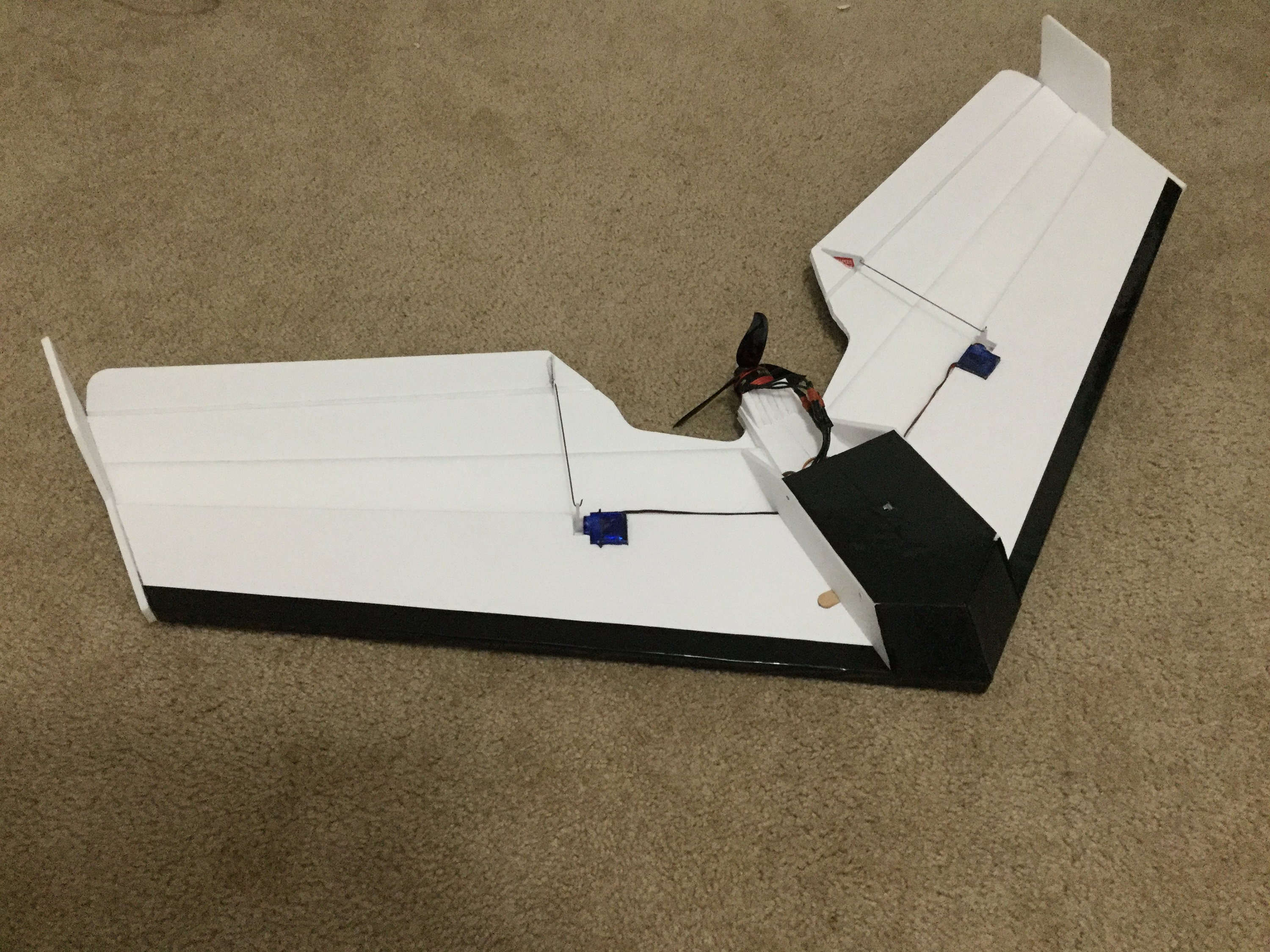 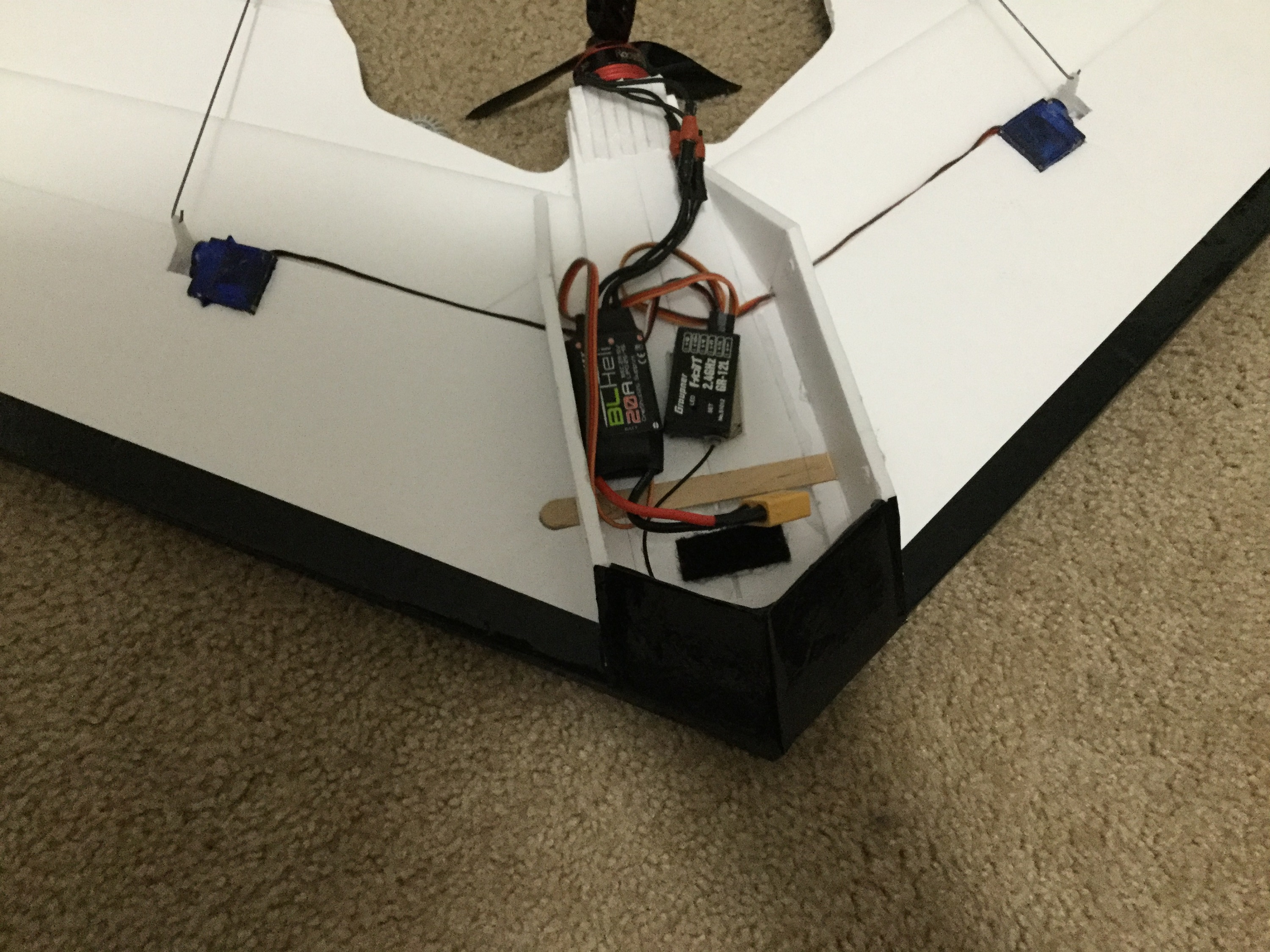 Now I just got to maiden it!!

Update:
I just got out to fly it!!
It flies just like everyone said it did (GREAT!!) Launching was simple, flying was simple (still very fun though, she could roll and loop very well) and landing was straight forward. I'd give this an easy 1/5 flight difficulty rating.


Do's and Don'ts
This is a great beginner to advanced plane from what I can tell it flies very well and would be a great way for someone to get into flying wings.
Last edited: Feb 28, 2019

Okay go look at it Thresher no really I can wait.... Yup you saw it... 'nuff said.
But for real, I need a platform to carry my new 4s 2200mah battery and this plane looked awesome and is big enough to carry the weight.
Last edited: Feb 1, 2019

This plane got the most votes in my poll "what should I design next" and after looking over the design more thoroughly it looks like I'll be able to get a flying version by the end of Feb.
Last edited: Feb 1, 2019

#7
Alright it's February, everything updated!!

#9
If you have any questions building the Thresher feel free to give me a shout. Even if I do not sign in every day I try to stop by the forums when I can. It's a shame you do not live closer, I have a complete Thresher fuselage and power pod collecting dust. I probably will never get around to finishing it either.

BTW, I can not wait to see what you and Damo come up with building those F-100's.

#11
Looks very nice 👍, I like the canopy. Kfm2 wings are super easy and fast to build and super fun to fly, good luck on the maiden.

#13
It looks great, what electronics will you be shoving in it?

#15
Paracodespoder said:
It looks great, what electronics will you be shoving in it?
Click to expand...
Probably an equivalent to the FT F pack.

#17
FoamyDM said:
Some maidens and you have 2 down!
Click to expand...
Being 1,300 miles away, It's kinda hard to fly something

I should be home this Saturday, Then I've got to get busy, busy, busy!!

Mentor
#20
Really nice work young man and dedication to boot. Here I am worried about getting a little rained on and you are flying on a snowdrift! Good motivation to land the planes close I guess.
You must log in or register to reply here.
Share: Facebook Twitter Google+ Reddit Pinterest Tumblr WhatsApp Email Link
Menu
Log in
Register