#1
This is the Devil's Dozen - Big Bat Design & Build as part of the FTFC19 Fantasy Design Build Challenge and inspired by the collection of craft superbly depicted in the artist concept sketch below:
This is part of a collection of craft likely created to by part of another release of the Crimson Skies franchise. There were 2 groups of 3 planes put forth by this artist. Each contained a Heavy Fighter, medium Fighter, and a light Fighter.
The Craft Below is to be part of the Crimson Skies Universe. Likely a band of Pirates called the Devil's Dozen. In this group (like many other groups) they are broken into light, medium and heavy fighters.
The FoamyDM - Big Bat is a Heavy Class Fighter - It is 7 sheets and 80" wing span. it's is something to combat the Heaven's Spade Carrier. 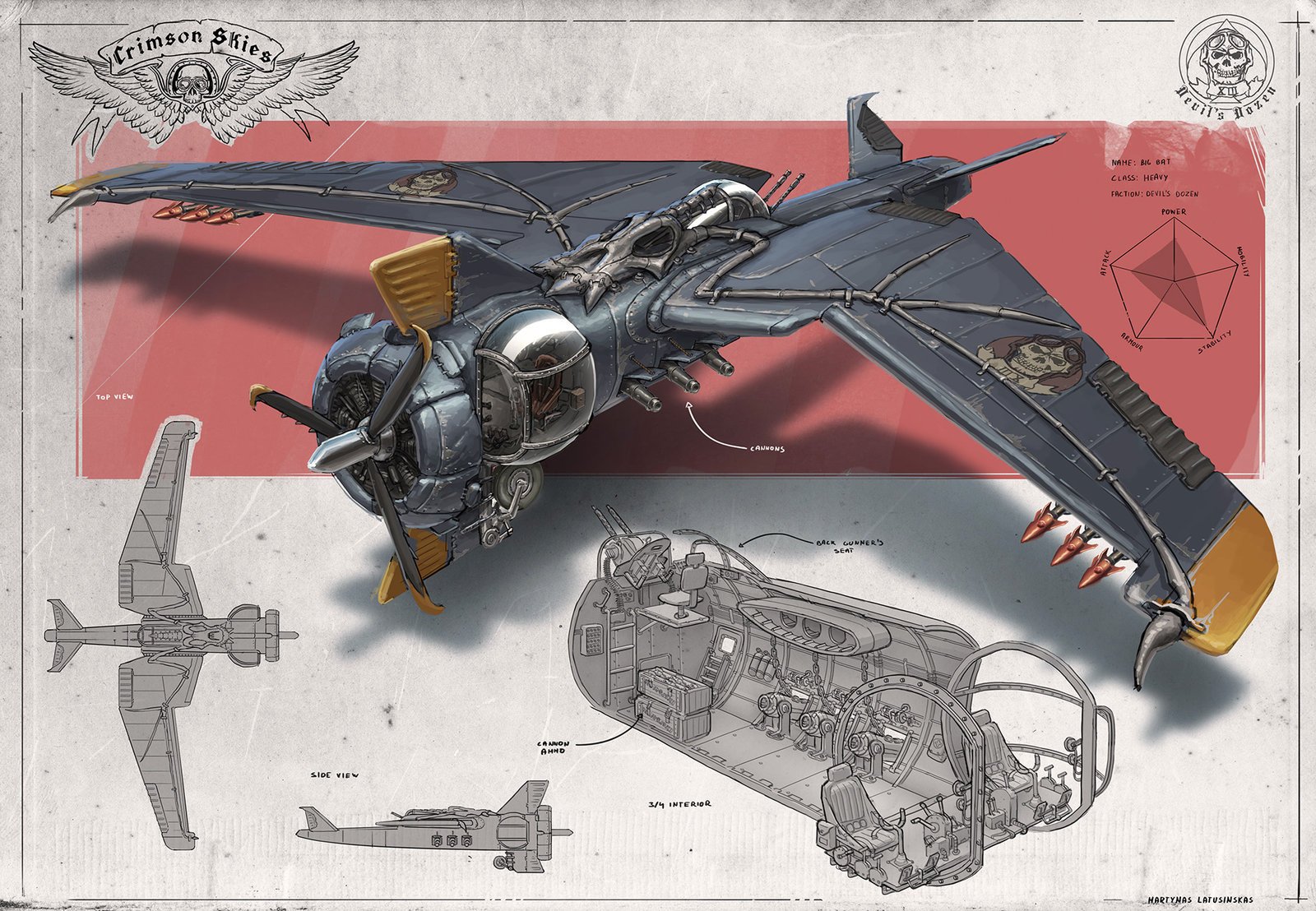 Typical WCL Values for Models
Slow flyers and thermal gliders – under 4
Trainers, park flyers, 3D – 5 to 7
General sport and scale aerobatics – 7 to 10
Sport and scale models – 10 to 13
Warbirds and racers – 13 and over

Plans:
Here are the Beta plans 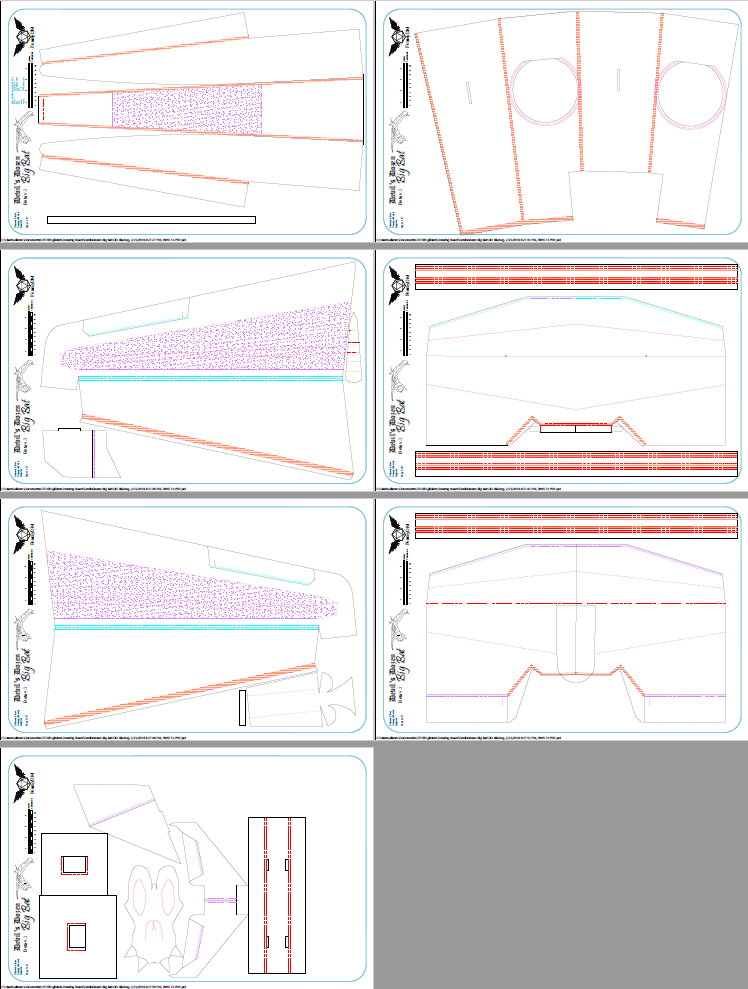 Feb 25th & 26th: I to the plans and started cutting and was happy to see that most pieces have lined up. What I won't do is iron the trailing edges.

After seeing how BeeGee-ish the front looks like, I should at least make an effort to round the nose. Bit for how I'll push on.

As I try with each model, I tackle some new-to-me technique. This plane being so large means I will need removable wings. So that means CF spars/arrows. And I get a chance to try out a method described by @Hai-Lee. It is a meticulously made 5mm ID say tube for the 6mm CF arrow. Once lined up and glued in place, the arrow shafts squeeze in with effort, and are snug enough not to come out on their own.
This seems good for ease of transport.

Design note: I may try another version slightly larger so the slide is less difficult. Or possibly a slight taper.
Also on the main section I will need side panels for the segment ends.

Feb 27-28th
Glued the wing panels together using the spar mechanism to join the wings to the center section. Here in the original fuse is perfect looking, but incredibly large. Larger than I planned on

I think the scales off or the tapers off either way I'll need to fix it and V2 I may know we turned it down this time though so I have an inch and a half or to inn of the end of the propeller sticking out. At this point I should be able to give it a quick balance, hand toss after rubber band the wing on.
There's just simply no way that I can get a motor set up in there and trying by tomorrow. The best I can get is a test throw for a glide test.
Here's some pictures some baby shots before I destroy it.

The orange propeller is a 1060. for size reference

Mentor
#3
Hmm.... this could be a really fast and responsive flyer! Basic shapes remind me a lot of the Cuda by Laines Planes and those are a hoot! They are pushers with the battery way in the nose, and you'll probably do the opposite here to get her to balance right. I know there's an online CG calculator around that does forward swept wings too - I'll drop a link once I find it again...

#4
Added specs, and reason, and made it part of the FTFC19 Fantasy Design Build Challenge

#5
rockyboy said:
Hmm.... this could be a really fast and responsive flyer! Basic shapes remind me a lot of the Cuda by Laines Planes and those are a hoot! They are pushers with the battery way in the nose, and you'll probably do the opposite here to get her to balance right. I know there's an online CG calculator around that does forward swept wings too - I'll drop a link once I find it again...
Click to expand...
The Dragster is REALLY close. just has a nose. Help is always appreciated with CG. I need to use the multi-segmented one.

#7
Added the glide test we did lats night.... take away is the CG is further back than I calculated.

#8
I should have started the build watching this:
I'm almost back onto this one.