#1
Alright I'm throwing my hat in the ring on this since I'm always building something odd! I have about 3 more days worth of work to finish up the XF5U (just waiting on new motors from amazon) so I have some research time. 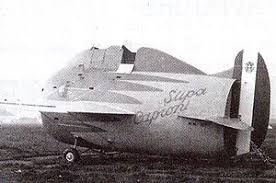 Yes - this was actually a real flying aircraft design in Italy in the 1930's.

I was able to find a simple drawing, so, the plan is to form the "barrel" with a rolled piece of DTFB, and use the wings from the FT Sportster or possibly a modified FT Cruiser wing as it has a very similar shape. Tail feathers will be modified from the Sportster also. 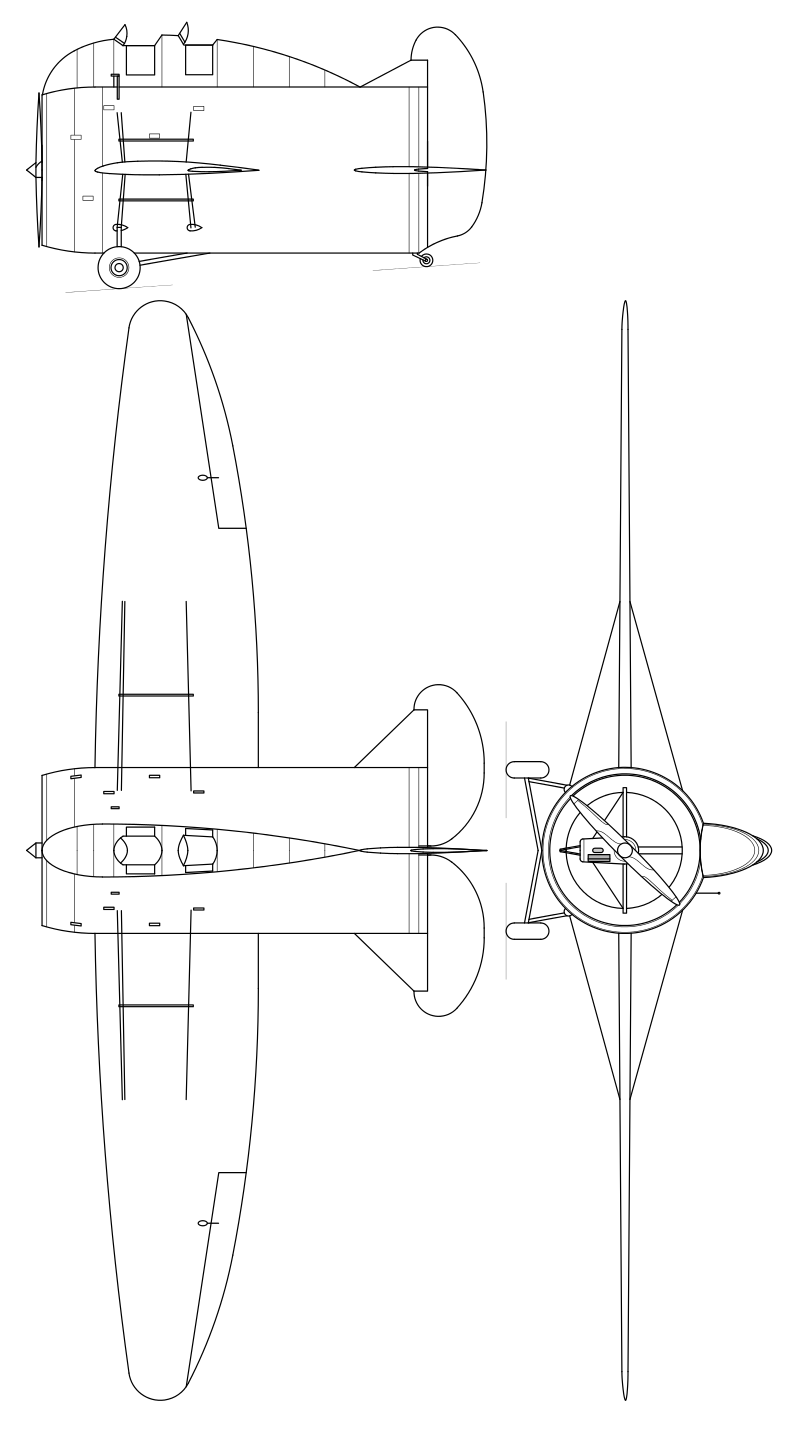 Target motor is a 2212 1kV with a 10" prop inside the barrel, and full 4 channel control. 30A ESC since I have a bunch of them laying around, and a 3S battery. Biggest concern isn't really CG fore-to-aft, but rather being top heavy as the battery will most likely end up where the pilot would sit. I'll cross that bridge later.

More to come if I get some cutting done this weekend!
M

#2
Brett_N said:
being top heavy as the battery will most likely end up where the pilot would sit.
Click to expand...
Looks like a great project. So why not make the gear a bit taller & put the battery on the bottom? Or put the battery & ESC "inside the barrel"? Plenty of air flow there.

Mentor
#3
I was gonna say that the wingspan looked REALLY wide; I guess in my head I keep thinking of this as being similar in wingspan to a Gee Bee because of the wide body look. However, when I looked up the specs for the full size plane, it had a 46' wingspan!
J

#4
This is a interesting plane!
Do you plan to use a straight tube or like In the real one the barrel had a ”wing” profile, like a wing rolled to the shape of a barrel?

#5
Jonas - I did some fiddling around with foam board and googling the original last night.

What it seems is that the "fuselage" is double tapered, with a wide opening for the prop, then funneling down approximately 1 foot (on the real version) into the main part of the barrel, then widening back out. It's a similar design to an Axial Flow turbine.

I "think" I have an idea on how to easily re-create this with some foam strips and an additional foam sheet inside the tube. I have some scrap foam that I'll play with tonight and see if it makes sense (left my wallet at home, so won't have a chance to pick up more foam today!!!)

And Sprzouts - yeah - this thing is wide. I may have lucked out though - the original wingspan was just under 49 feet. The FT Cruiser wing is just about 49 inches, so, a 1/12 scale gives me 1 inch to 1 foot making the math easy Just becomes a matter of some quick math and trimming the cruiser wings down slightly to accommodate the super wide fuze.

#6
Well finally got around to doing some tinkering last night. 1st attempt was using a sheet of foamboard for the barrel (might as well start with the hard part)

But...stupid me, I did the math for the diameter instead of the circumference (it's been a long time since I had to do math I'm in management!) and ended up trying to roll a 18" long 4" diameter tube. No Bueno foam kept cracking so that idea went out the window.

then I realized I had an 8" diameter construction tube in the shed (quik-tube for making concrete forms) BINGO! had 39 inches of it, so perfect for 2 shots at success. So, cut to length, measured for where I wanted the motor to be, cut and dry fit the motor & wing cross link (a length of wooden yardstick from lowes) and then started in on forming the internal shape of the barrel.

Here's when I realized I can't do math - first strip I cut ended up way short of making the full cirumference so, re-measure and re-cut, and realize I need 24.45 inches to get an 8" ring, not 16 inches hahaha. Anyway so I got 2 rings cut and glued in behind where the motor stick will be, this is to form the narrowest part of the fuselage. The idea was to then take card stock and create the interior.

Bottom worked fine, trimmed some off and started the top, then realized - holy _____ this thing is HEAVY. 17 inch tube, 2 foam rings, card stock and the yard stick and already at 17.8oz. because of the max interior diamter of the tube being slightly less than 8" I'm stuck with a 7" prop.

One thing I did find out along the way - the original Stipa fuze was a "squared" tube on the exterior, with the interior being shaped like a bypass-turbine. The replica that was built uses different lines in the back, and they actually shaped the fuze (outer dimensions) to be narrower at the back. Using the original design is a bit easier as it's a less complex shape.

Mentor
#7
Cool project! I think the curved DTFB is the way to go for the tube - lot of weight savings compared to the concrete forming tube.

AUW (minus vertical stab , esc and a couple servos) is hovering around 20oz now. Pieces are starting to come togethor and it looks pretty darn close!

I do need to trim a few inches from the wings though for scale.

AUW 23oz. Balances perfectly on a 3S 1500 and in "somewhat" static tests, has no problem lifting the tail at half throttle. Fingers crossed, maiden sometime this week!

I don't have plans, but, it's pretty simple to build.

2 - the wings are from the FT Cruiser, shortened by 2" on each side - just don't cutout the mounts for the motors, etc.

3 - tail horizontal is from the cruiser, vertical is freeform based on the horizontal.

4 - landing gear is a couple scraps of wire coat hangar

5 - I used 24" of Lowes yardstick for the cross member. This acts as a motor mount (plastic X-mount fits perfect) and gives the wings some stability.

6 - Tail servos are mounted on the horizontal stab inside the fuze - speaking of which, the stab and vertical are notched into the rear fuze so that the hinge points are right at the back of the tube.

7 - some scrap servo horns at the ends of the wingtips are used as anchors for the kevlar string. this helps keep the wings from "wagging"

#12
Oh I maiden'd it a couple (weeks, maybe 2 months) ago. No video, but she flies....kinda. Very tail heavy. Field was wet this week (we have a clay runway and got a little rain) so maybe I'll dig it back out this weekend, add some lead to the nose and see how it goes.