#1
Now that I rebuilt my past model (striped servo) and now have a full video, now I can say it can be done.

History:
Working with foam has really open the field to make anything fly. Decided that no one has done a combination of swing wing aft(controlled by throttle position) to be able to move up the wing so it flies as a forward swept wing(again adjustable by throttle) while in flight. Completed this a couple of years ago, but flight was interrupted with servo problems. So no video, no go.

Problems solved:
Redesigned the leading and edge wing angles and position of the servos so CG is stable in all conditions.
Solved stress problems on servoes as they rotate by using metal gears,( higher torque) and using graphite on bearing surfaces to reduce friction. Also reduced the speed of the servo which solved my problems.
Strengthen wing to reduce possibility flutter conditions.

Model:
Asked maybiz (RC Groups) if okay to modify his design and after his okay, this is the result.
Sorry, no paint job (should be black) and the graphite was needed to prove concept is possible. 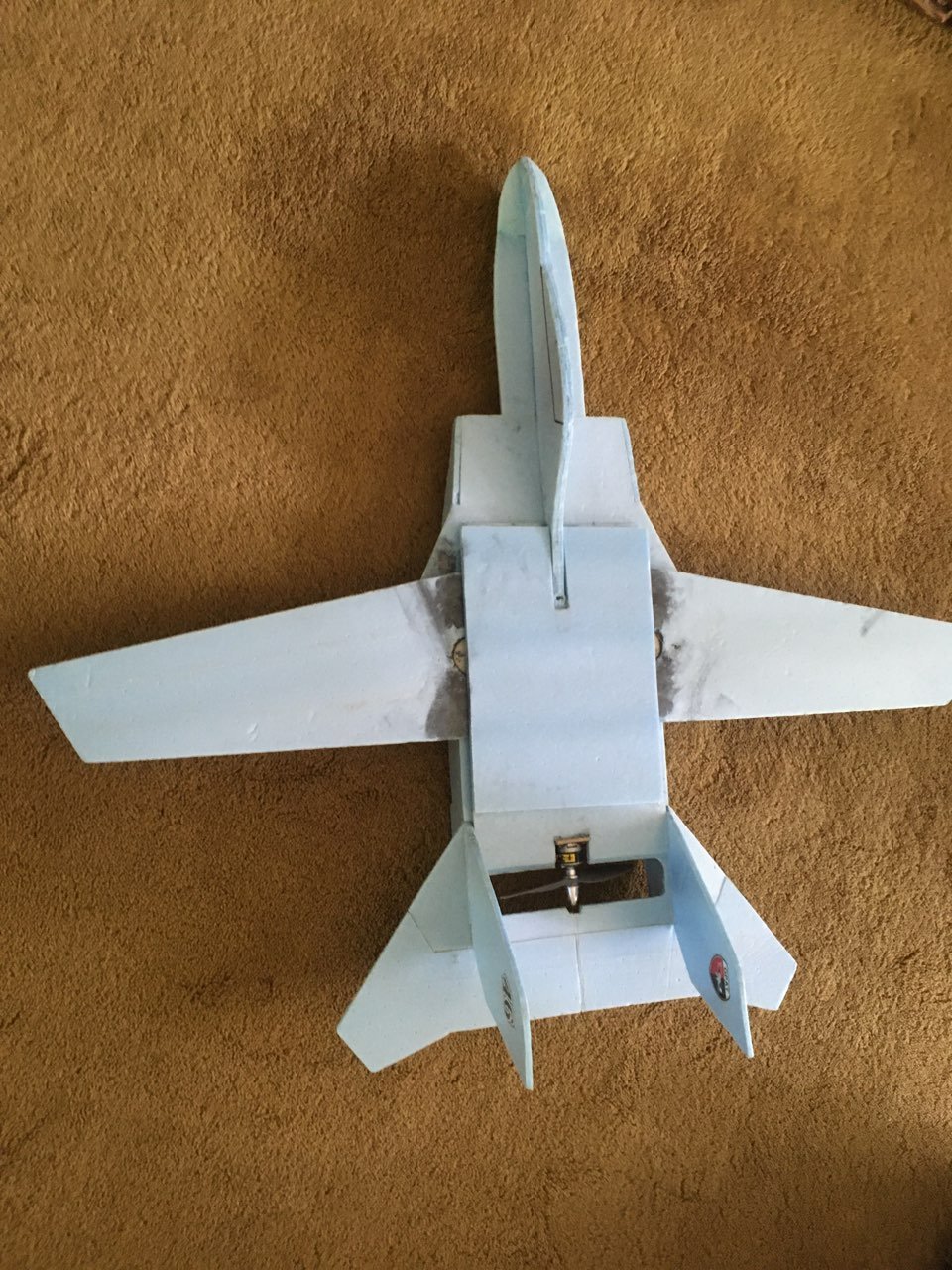 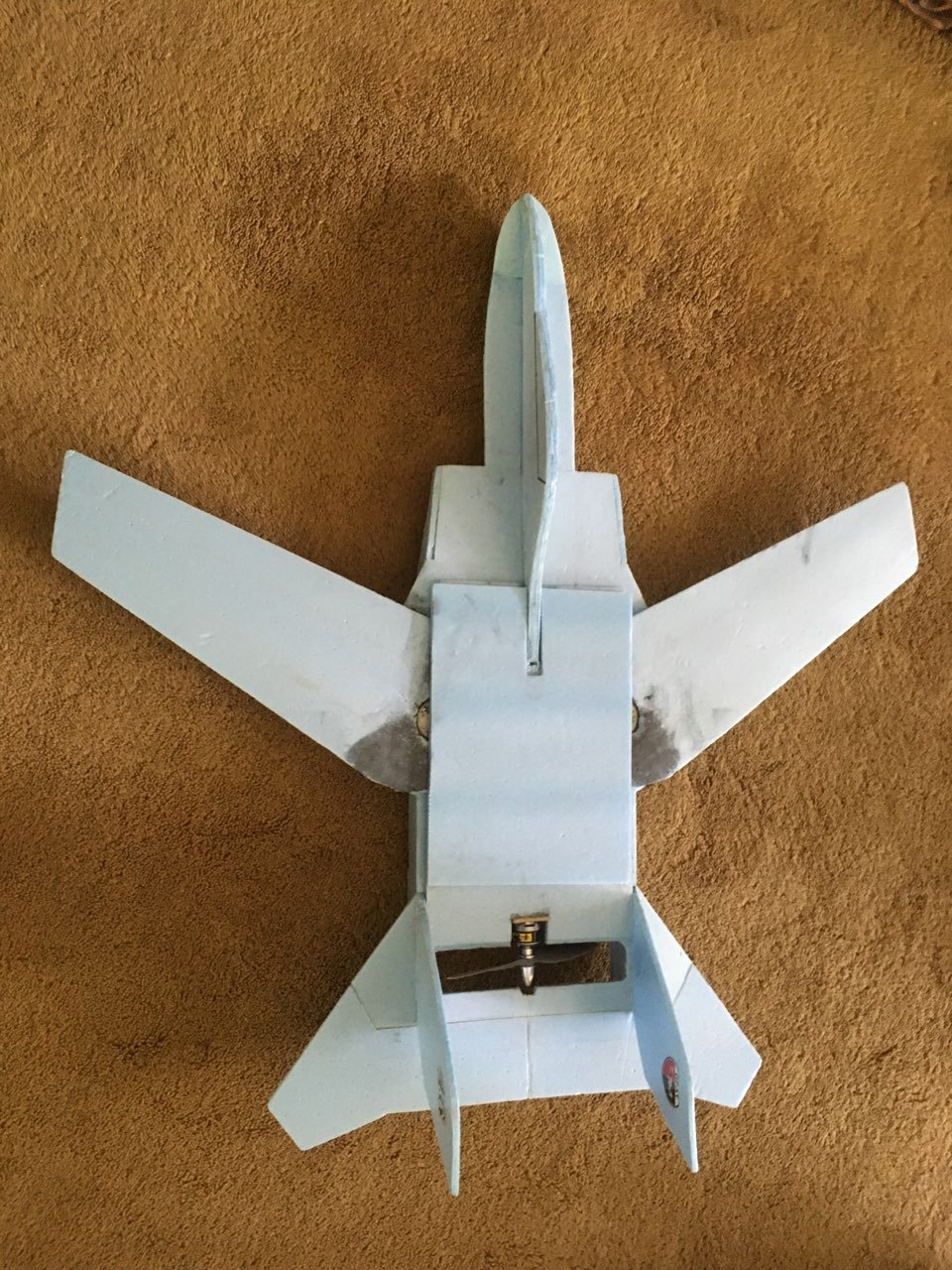 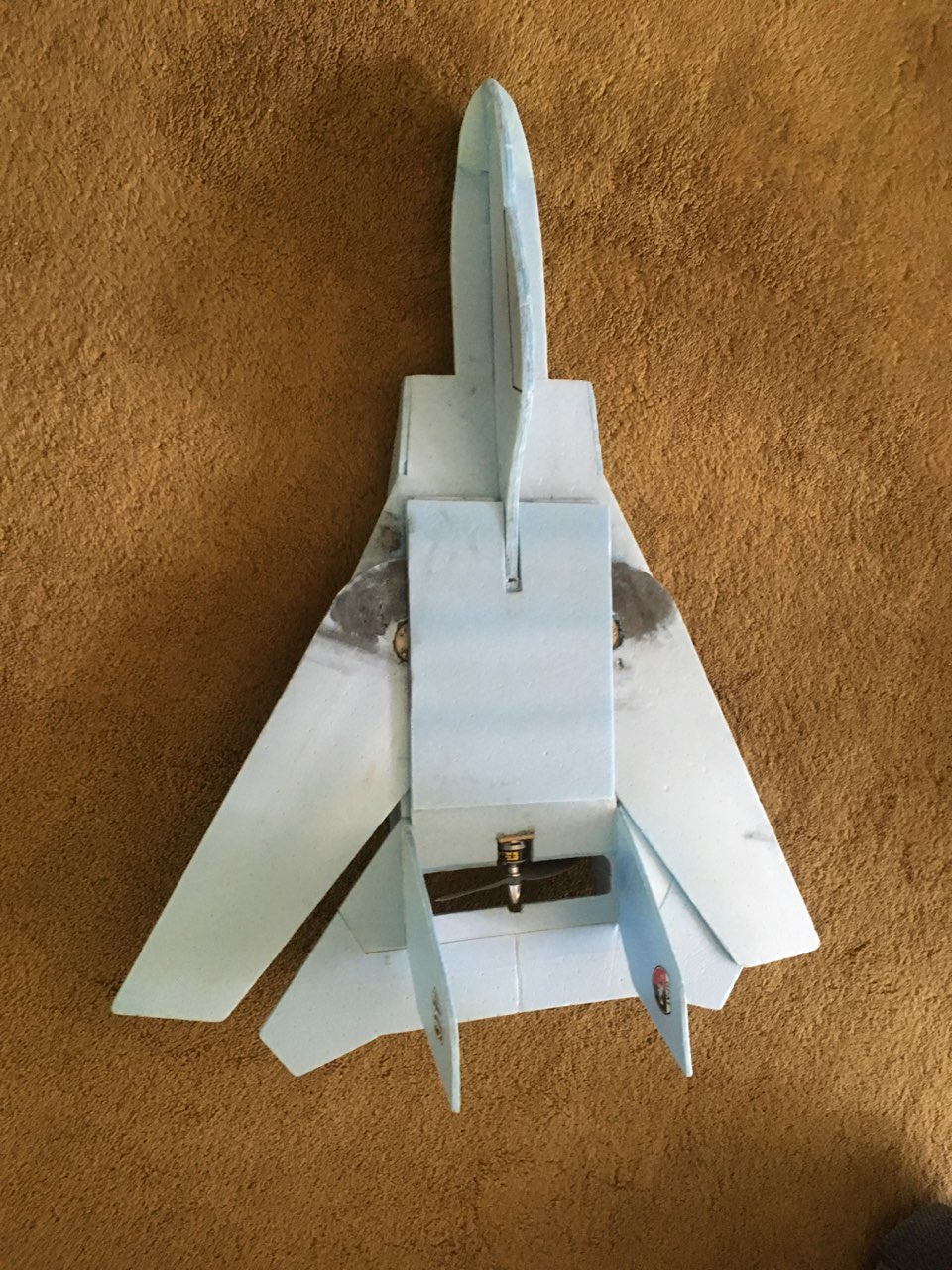 #2
Having a DX 9 radio made it quite simple to program the swing action. So no mixing was necessary.

Activate the pitch system in system setup. Then go to model and go to pitch curve.

1) Throttle position is X axis and is 0-100. Vertical is channel servo movement (say left wing) 0 to +100 where 50 center )in mode 1, so wing is perpendicular and in the center of arc, I want zero change all the way across throttle from close to full open. 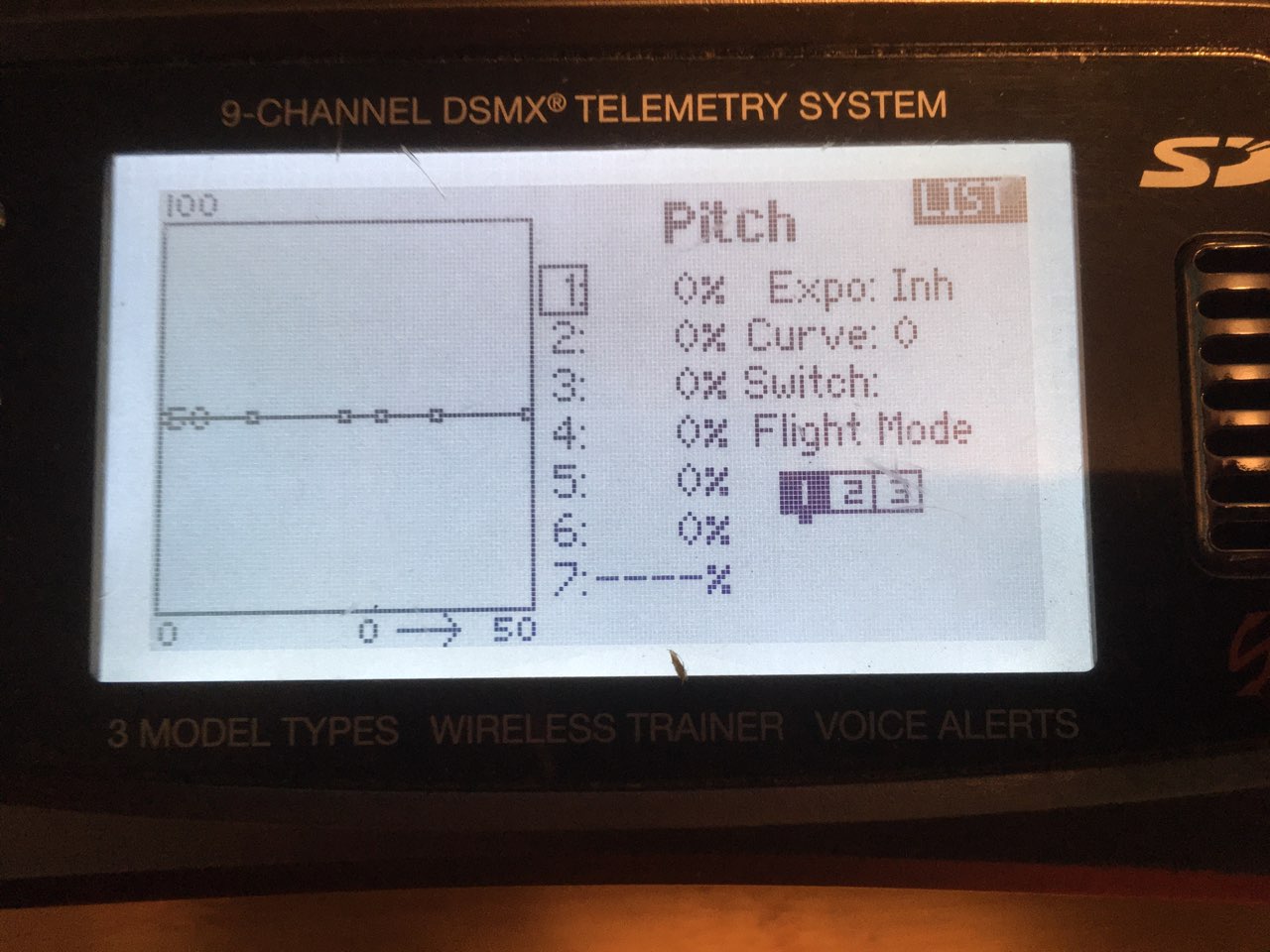 Swing wing aft Mode 2.
With throttle fixed up to 50%, now I can flip the mode switch and now have the wing move aft as the throttle advances to 45 degrees back. All you do is now move the points till full open, the wing just touches the tail. I chose -42 and -96. If you want to add more points, you can. Notice I have a new curve(1) , not curve zero (above) 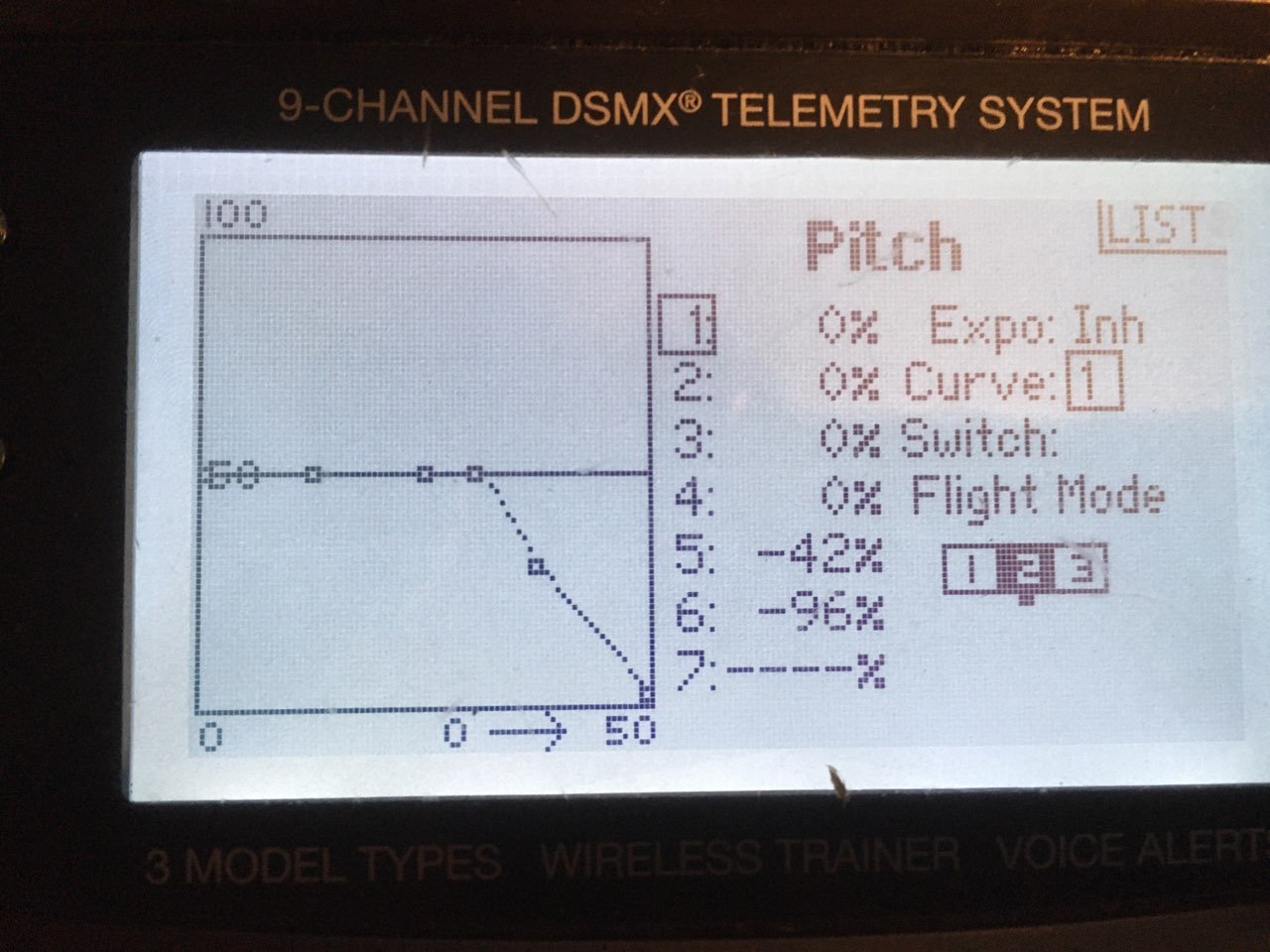 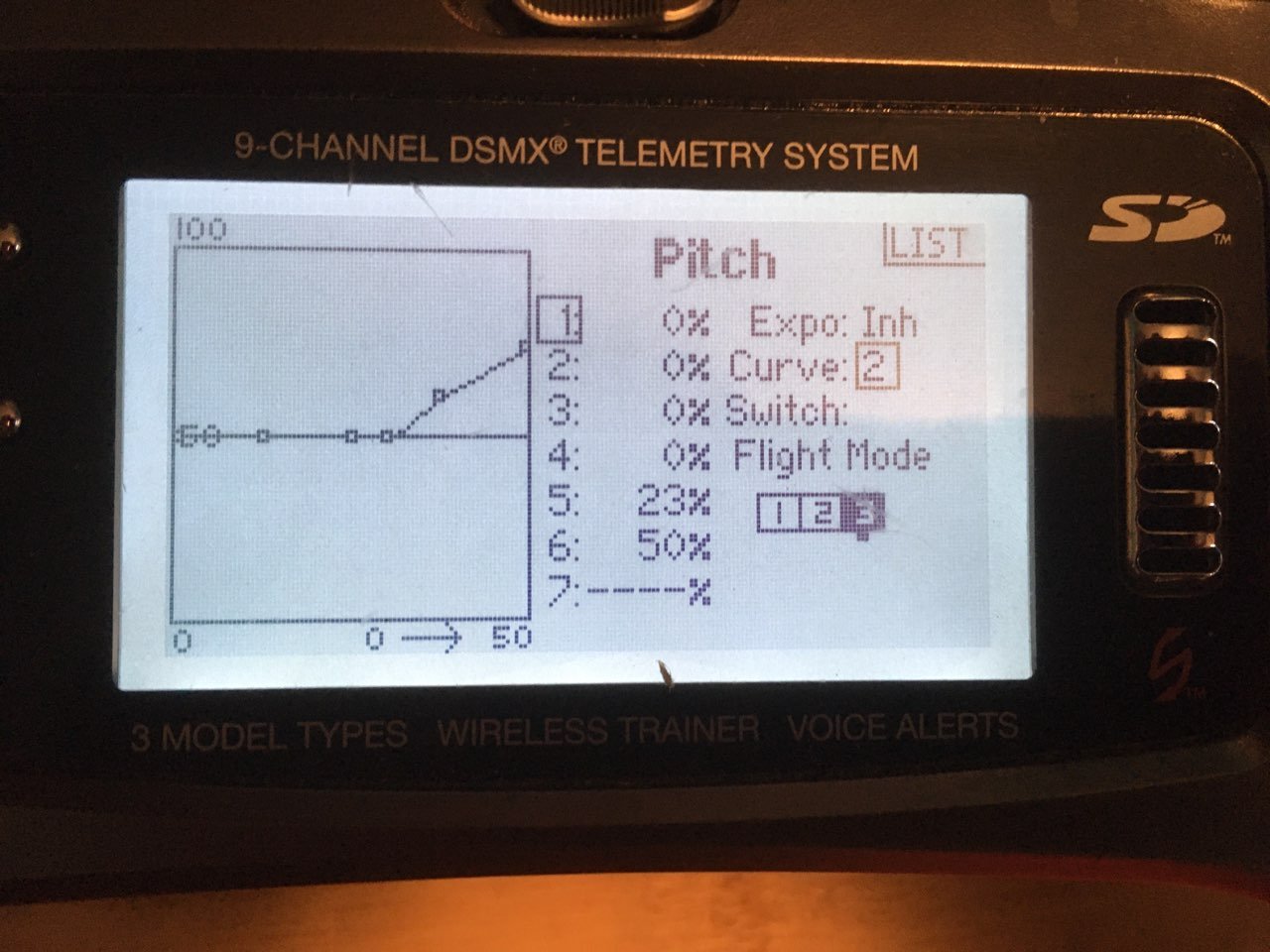 To swing the wing forward, the curve has to go upward. So set mode 3, curve 2 and after 50% throttle, your wing movement has to be above vertical 50. My forward swing arc is 33 degrees so you see I only go to 50.

Now do the same for the right wing movement and setup the 3 modes using the graph.


Will answer any questions on the programming as well.

#3
Launching sw back and forward

#5
How did the swing wing affect the CG?

#6
Merv said:
How did the swing wing affect the CG?
Click to expand...
After my movement of servos and the change in leading and trailing edges angles, it ended up very little change in pitch and very stable. Put in pitch trim in each of the flight modes and it was no problem.
You must log in or register to reply here.
Share: Facebook Twitter Google+ Reddit Pinterest Tumblr WhatsApp Email Link
Menu
Log in
Register