#1
I am sure like many aero modelling had to take a back seat to my career and family although 'building things' did return when my eldest expressed an interest in Lego and guess who took it to an extreme.
As the career wound down and I could afford it I decided to try an modern electric RC RTF a humble Artech Wing Dragon Sport. First released in 2000? but by then (2009) it was decidedly 'old hat' and as result it was 'on offer' . Old habits die hard! 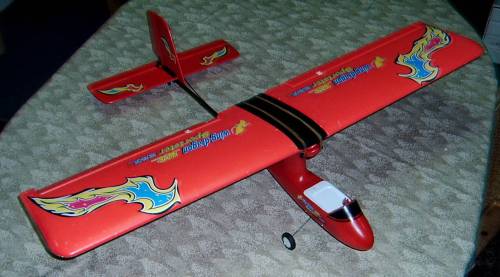 A brushed 540 with 9.6V 1000 mAh NiMh battery on 35 mHz but it did fly well enough and was modestly aerobatic although each flight was not very long.
To my mind it was pretty crude.
'Foam' aileron hinges which meant its four 9g servos had to work quite hard to simply deflect the control surface. The long metal control rods for the rudder and elevator weighed nearly as much as the servo moving them and a 'floppy' set of tail feathers.
The solid foam wing felt rather heavy and with just a short dihedral brace it was not a particularly good structural use of the foam material.
The cheap Tx and Rx supplied did work pretty well but by far the best bits were the nearly indestructible polypropylene blow moulded fuselage and the glass fibre tail boom.
Within a few months of the Wing Dragon I bough my first sheet of 3 mm Depron which set me wondering, how much lighter might a direct replacement wing be but built hollow and in Depron.
Built in a conventional style with ribs. Depron sheet is quite strong, particularly in tension, so no spar as such just a shear web at the maximum wing thickness. All the loads to be carried by the wing skin, or in other words a true monocoque construction.

With very free moving top tape hinges much smaller and lighter servo could be used.

The end result gave a remarkably bland and smooth finish for just half the weight and it certainly felt plenty strong and rigid enough.

Shaving off 2 oz (50g) off the all up weight along with improved wing aerodynamics made a startling difference to the performance. 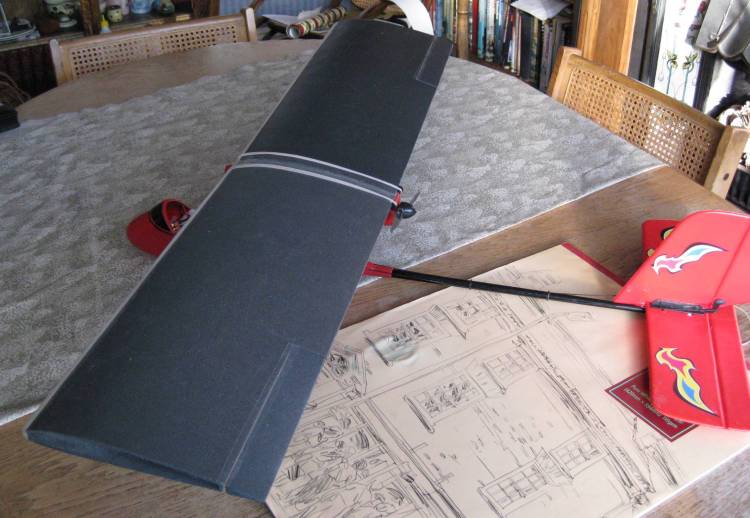 Loops and rolls could be performed at any time and it could now 'cruise about' at reduced throttle for twice as long as before.
Then came 'brushless and LiPo' but that is another story.