#1
So, Years ago I started a Great Planes Electric Cub. I stopped before I had started to construct the wings, as I was unsure of my ability to put on MonoKote. Now that I’ve done a whole bunch of crashing…uhm...flying, I think I’ll finish off the Cub and try to fly it. When I grabbed the box the other day I was wondering what size motor to use on the plane. Looking in the box I found this old Great Planes motor. What modern motor would be equivalent to this?

#2
Hard question to answer with the given information.

I would think the best thing to do would be to get the weight of your model and a good estimate of the wing loading it will have and use that information to decide how many watts or how many grams of thrust you will need to fly comfortably...
M

#3
I agree with @Hondo76251, watts per pound will get you in the ball park. In addition, I would choose a motor that uses a prop similar to the size used on the original.

Here are some guidelines

#4
Additional note to old thread for those who come after... Electricub info: 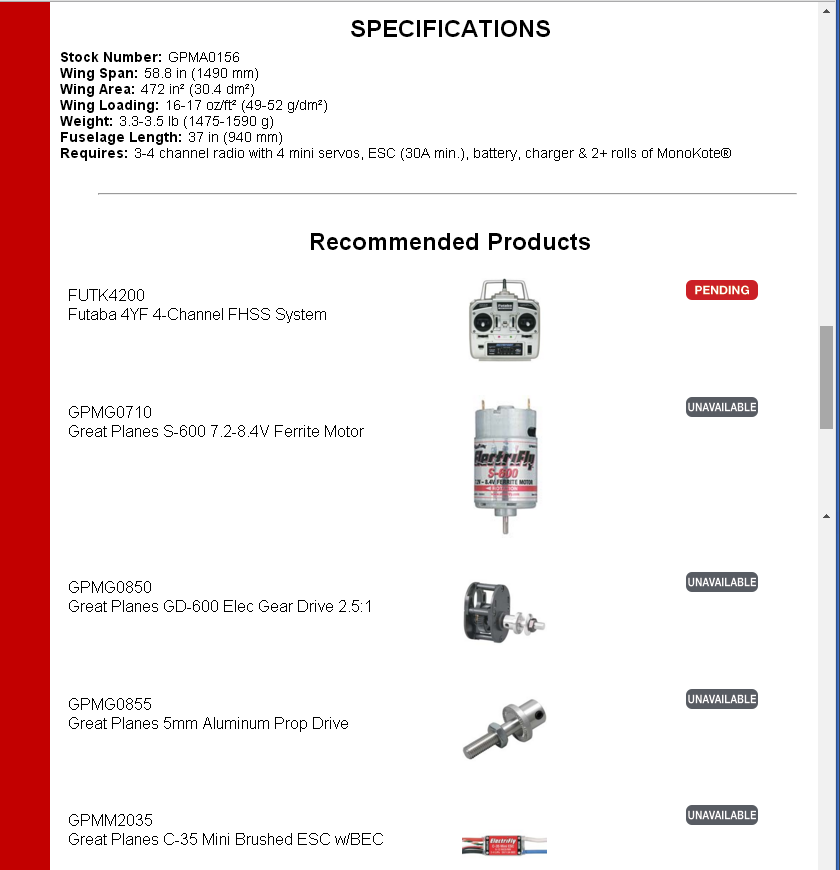