#1
X-wing, X-plane, X-factor, X marks the spot. These are a few of the names that people started calling my little contraption at FFE17. As for me, I've named it the (phacious) PhunX, and it is the most fun RC plane "I" have ever flown. Let me show you its features .

The PhunX is a pair of forward-swept and swept-back wings. The forward-swept wing is considered the main wing, having a thicker airfoil. The fuselage holds the guts and rear wing fins provide yaw stability. The controls are as unique as the wings. The forward wing has ailerons and the read wing has elevons. Best of all, the motor is on a swivel mount which gives aggressive yaw control. The guts consist of a Turnigy 2826-6 2200kv with a 7x3.8SF, 40A HK ESC and a 2200mah 3S lipo resulting in +2.25 lbs of thrust. Servos are 4x MS90 12g metal gear servos.

Version 1 as depicted above, has positive dihedral in front and the rear has negative dihedral. Version 2 (XL seen below) has no dihedral at all. Flight wise, version 1 is very maneuverable, aileron rolls with next to no nose drop, and flies hand's free inverted. Version 2 is slower, gentler, point and go, and hates inverted. I'm not sure what difference the dihedral is making between the two. I'm experimenting with different configurations before I post an actual plan, but the following build video will give you a pretty solid idea.


This idea resulted from me trying to dream up a plane with a unique silhouette that would be easy to find in a sky full of planes, AKA FliteFest Combat. One day I thought, "Can I make an X fly?" The thrust vectoring was inherited from a multi-use fuselage with that capability I built the week before. I spit-balled the CG for maiden and wasn't too far off. If you treat the rear wing like an oversized horizontal stabililzer, figuring the CG becomes easier.

Overall, I put is plane in the "You have to try this!" category and I want to post build plans when its a bit more refined. I'd love to hear any suggestions on how to improve the design! To that end, here are a few issues I'd like help to iron out.

-Both versions fish tail a little coming out of turns, nothing bad but it'd be nice to get rid of it.
-version 1 has a hockey stick for a down elevator curve, may be due to the kfm-1 foil on the rear wing.
-version 1 flies better upside down, which is awesome and confusing at the same time, something something dihedral?
-Am I overbuilding the front wing for lift? version 1 = 3/8" spare, version 2 =3/16" spare. Both tend to want to high-Alpha without extensive down trim or CG shift forward.

Site Moderator
#2
I remember seeing your flying X and appreciating how well it flew. It was certainly easy to spot, X marks the spot you might say. Thanks for posting about it.

#3
This is one cool and unique build, definitely achieves the "stand out" goal! From what I see in your video the plane seems pretty locked in.
1) that fishtailing issue might just be because the vertical stabilizers are a little small and need more speed to hold that tale set than attained in tight turns.
2) Not sure what you mean here
3)Dihedral and Anhedral are a funny thing aren't they? one increases upright stability, the other decreases it, and together, they just add more vertical stability! So the potential vertical stability in various attitudes is greater with those "hedrals"
4)Looks like it flies fine with an airfoil too me.

#4
@Jim: Thanks, and thanks again for helping me push out the stuck van!

@Aviator: It resists down elevator input about 15% then noses down at an alarming rate. I suspect there is a "deadzone" for the elevator on the bottom of the wing, maybe due to the kfm1 airfoil. The bottom edge of the rear wing is right up against the elevon hing line. My guess is that it creates a pocket of turbulent air that mitigates down elevator input until a certain point then dissolves and gives unexpected non-linear control response. I've seen this an a couple flying wings I've made. I put more space between the bottom edge and the control surface on the v.2 XL and the problem went away though I'm not positive this was the solution.

Moderator
#5
That thing was definitely a head turner! Nice work!

#6
Sounds pretty logical. If that is the main issue than all that would be needed is to halve or shorten the distance of the Kfm step and he'd be good!

#7
I think I would also extend the vertical stabs below the wing about half the size of the top.. Other then a little slow with yaw recovery out of the flat spin that looks like it flew nicely. Maybe a tweak to CG or extend the motor out a few mm will clear that high alpha tendency I would bet without changing the handling too much.

Nice job and definitely thinkin outta the box for that one. Nice design and build. :applause:

Mentor
#8
It was a load of fun chasing you around in the combats! Very nice design!

#9
@Psy: I agree completely. The only reason I haven't added fins on the bottom side of the XL is the current fins were fast and easy to install and I was runing out of daylight. When it comes to wing tip fins, what's the best way to divide the fin area above and below the wing line. I've even it done any number of ways though 50/50 seems most common. Is there a common logic to determine the size of a fin? I prefer small profile for combat birds.

@rockyboy: Thx, I noticed my planes was becoming a popular target during the last few combats.

#10
Well I would consider the competing dyhedral first. There is obvious aid how you have them now so I would think since it "looks like more airflow over the tail section is coming under the rear airfoils that making the fin as is and adding maybe 50% of that under the rear airfoil to start would be a good place then see how it acts and adjust from there.

Or you could ask the math wiz's here for their thoughts and recommendations on how to use ecalc or something to figure it more precisely.

This is the combat variant of the Phun-X, which is somewhat ruggedized and simplified. I'd like to have some feedback on the plans and overall design. I want to polish this up and post an article for it with several variants.
Last edited: Oct 3, 2017
H

#12
Did the wing that hit you while you were inverted take you out during combat? I was flying fpv, you went inverted and I caught your wheels then some one next to me said you went down. I have a little gopro footage of your plane. Interesting plane you have there. I'll have to do a short edit and post it. 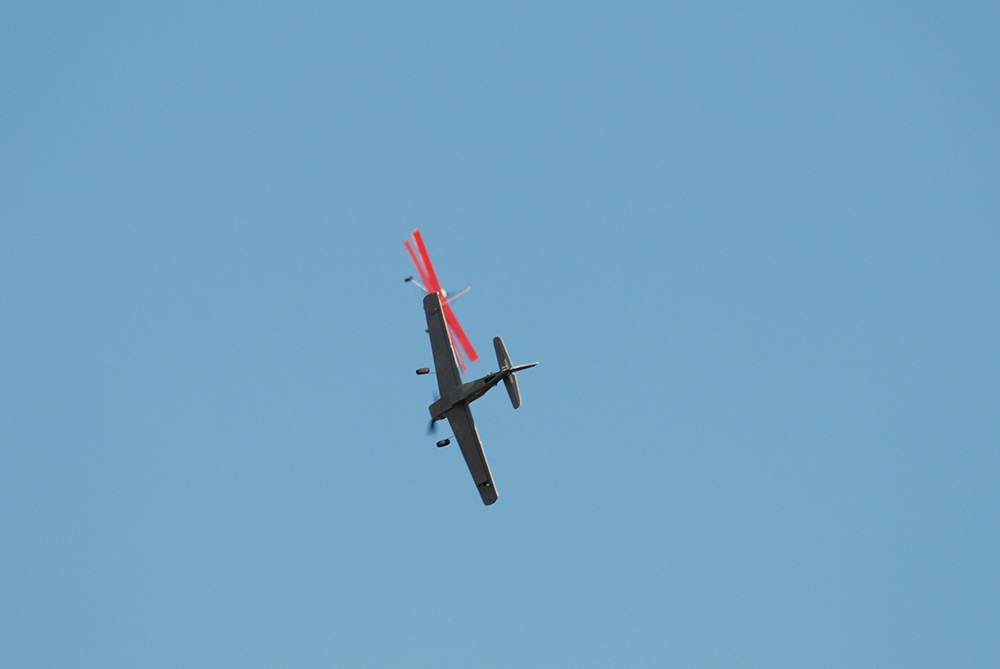 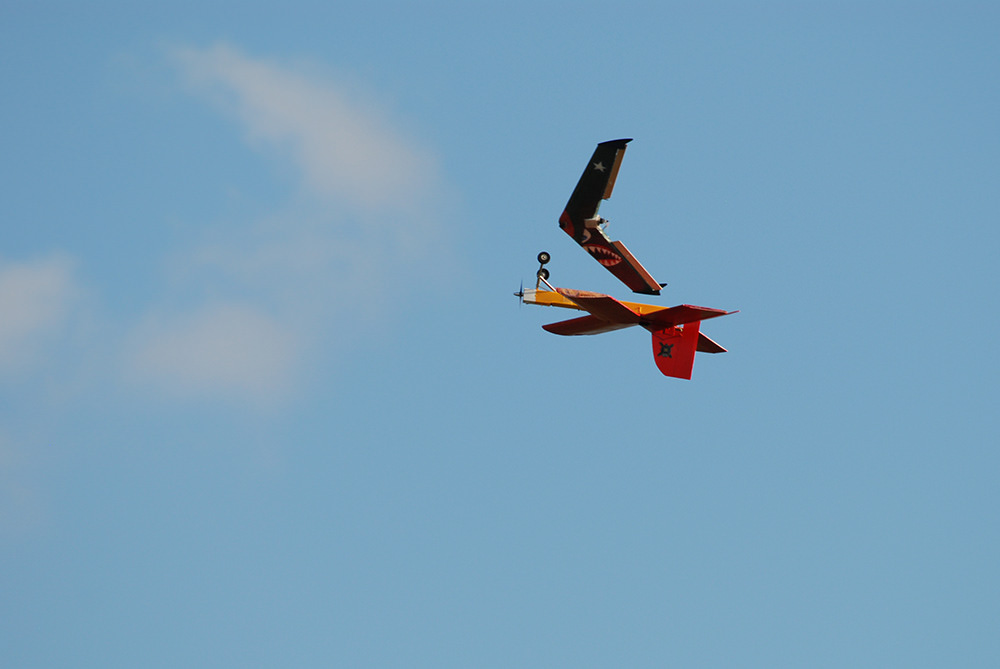 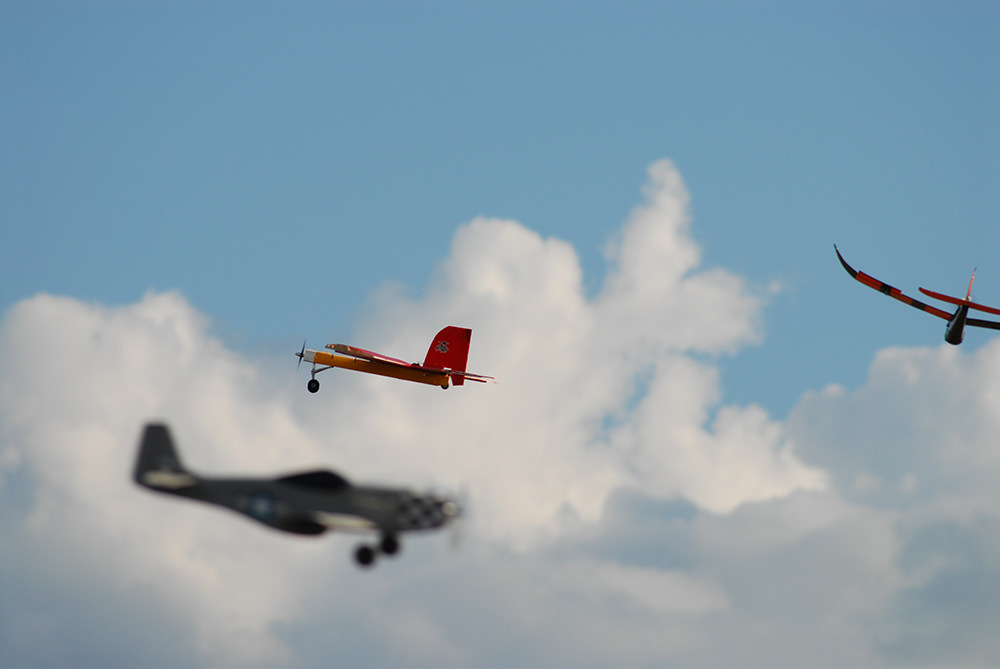 #14
VARG YOU ARE the man! I love the picture of my wing right over his plane man!!! I will get that clip up soon!! That made my night thanks!!
H