#1
Hi every one! I have entered into the Sidewinder Build Off Contest with a build that is a bit of a departure for me. I have built a couple of combat planes before but this one is special, it is a build that garners your help as forum members.

I have been here in the forums for well over half a year and the help and support I have received from all of you has been keeping me progressing in this great hobby instead of stagnating with a bunch of planes in the attic and one frustrated pilot. I am very fortunate and appreciative for having corresponded with all of you to progress myself and hopefully I have done the same to pay it forward.

That being said I am once again asking for your help. The contest that I have entered is a build off based on votes. I am a bit of a late entry, not that the competition has a lot of entries but the few that have entered are tough competition. What I have done is taken the Sidewinder from a usual combat plane and put my spin on it that is a useful fun flyer for me being from a snow bound country. Take a look... 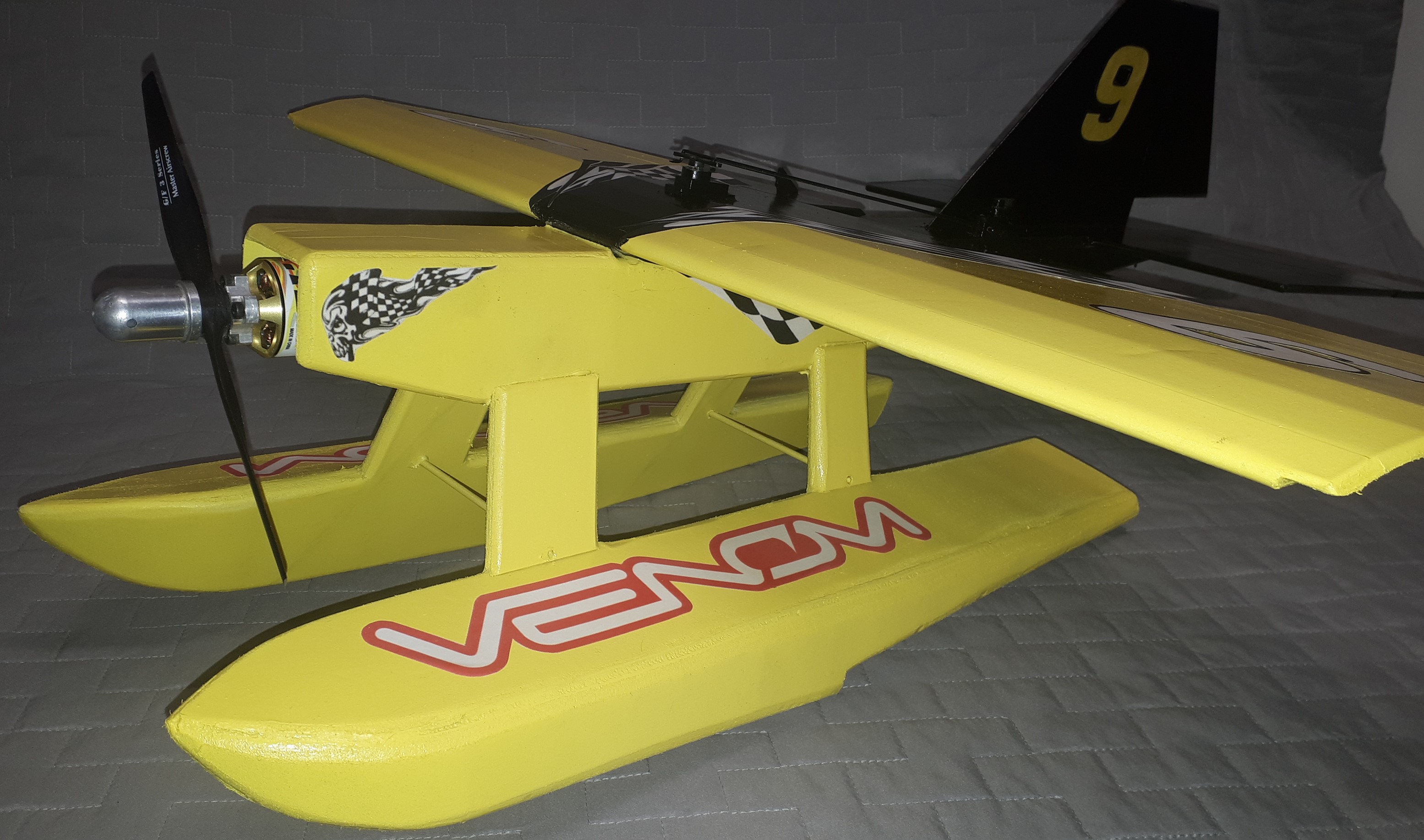 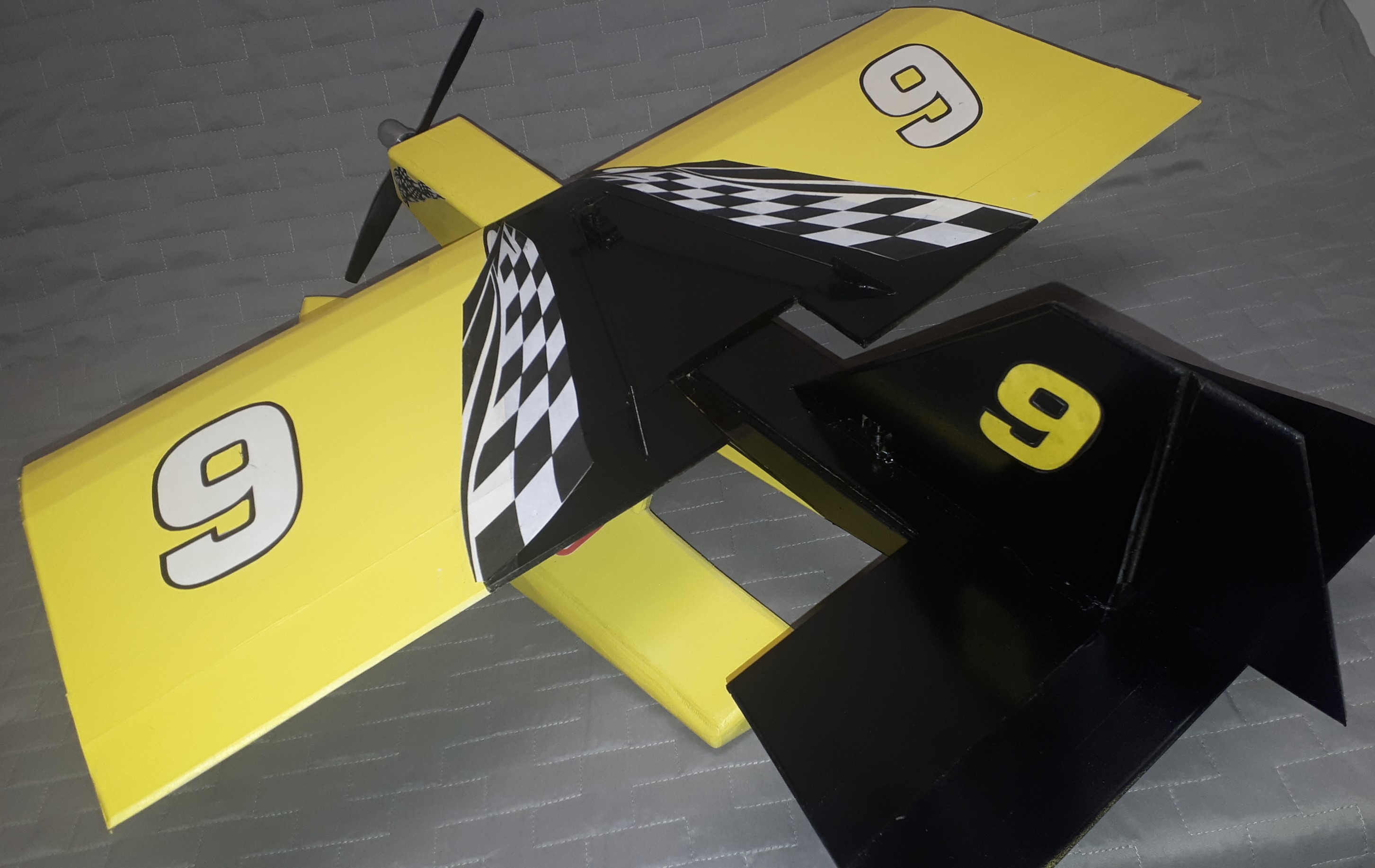 The airframe is inspired by the Schneider Trophy Racers of the '20's and '30's that carved the path for warbird designs and engines for WW2. The floats are perfect for flying off snow and water, plus added the difference to any combat plane I have seen.

Here is the area where I need your help. In entering the contest I uploaded the wrong pic by mistake, this one actually

. Now I haven't found a way to change it so this is why I am posting this thread. I was looking to get votes purely on the pic I meant to post but due to the nature of the problem I have to go with it. So I am asking all of you to go to this website and toss in a vote for me.

I am not asking to just vote for me with nothing back to you though, I would like to pay you back in the same way. If you vote for me, post a link to your YouTube channel on this thread and I will subscribe to you there. A scratch my back and I scratch yours kinda deal. The contest First or second place prize is really gonna be a next level for me to attain in this hobby and your help will get me there. Your participation in this is really appreciated and thank you. Happy flying everyone
Last edited: Jan 16, 2020

Mentor
#2
I voted and passed on the link to a couple buddies.

#3
I voted! I'll have some friends vote for you as well!

#4
i tried to vote but the site must be overloaded with everyone rushing to vote at the same time ill try later. the plane looks awesome. Great job

#6
I had trouble going in to vote cuz my email was used to get the submission in so I am blocked from it now. So I am not sure how to put the link in to everyone else so they can vote. If you do a search on the forum there is a way to get into it, if you find it let me know so I can use the same link to insert it into the thread here

#10
Wildthing said:
Done , but you have a long jounery ahwad of you , 110 plus votes just to catch up
Click to expand...
I know, it will be a battle. The votes are separated by IP address I think. There are about half a dozen different devices under different names in the house here that all say I already voted. I have friends in low places lol

#13
Madspadder said:
Got my vote in !! Got snow coming tomorrow, love the skis.
Click to expand...
Thanks! Do you have a YT channel, I will sub you if you do

#14
The Hangar said:
Click to expand...
Griffy put me up to it, told me you would like it

Mentor
#15
BATTLEAXE said:
Griffy put me up to it, told me you would like it
Click to expand...
Haha - yeah!

#17
bracesport said:
voted - good luck
Click to expand...
Thanks bud, do you have a YTchannel or have I subbed to you already, i think I did. The website is IP address based so if you find free WiFi anywhere in your travels you can vote multiple times... for me of coarse

Remember this is IP address separated so if you have free Wifi at work or at school, or you voted on your computer at home you can use the other WiFi connections or use your phone on data and not WiFi. It only takes a minute and will keep this ball rolling.

Again thanks to those that have tossed one in already and if you are looking for subs on your YT channel, post a link and I will sub to you. Thank you