Mentor
#1
What, I'm starting ANOTHER build thread? I think there are at least 6 currently in various stages of construction by me, but this one is going to leapfrog to the front of the line (at least until the covering for my Funtana 90 arrives!).

Last winter I built a plane for my buddy Mike, the Tower Trainer 60. Well, I guess I *assembled* it since it's an ARF, but there was glue and instructions involved so I'm chalking it up as a BUILD! He loves high-wing trainer-style planes, and what's not to love? They look good, fly well, and generally calm the nerves. Until you overpower a .60 two-stroke size plane with a .90 four-stroke engine that is! (Pic below is somebody else's plane with a normal size engine). Mike's plane was a real ripper with that engine. It'd take off in about 4', cruise nicely with just a little bit of throttle, sip fuel for long, relaxing flights, and then haul ass like a relative who owes you money when you advanced the throttle. I was surprised the wing didn't come off as it was only held on by the stock rubberbands! 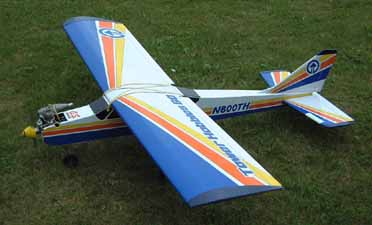 And then he entered into combat with a tree. It may have been the loudest crash I've heard as it was going full-speed at the time.

Oh well, it happens to all of us.

But Mike really liked that plane, and it only had a few flights on it. It was beyond repair, even by my twisted standards. Well, the fuselage itself could have been saved easily, but half the wing is still way up in the tree, half the elevator is missing, and a few other parts are damaged. It would be far easier and take MUCH less time to simply build it again from a kit. However, the Tower Trainer 60 is discontinued.

Good thing I've got one, new in the box! We worked out a trade - the new kit built with the parts salvaged from the old kit along with some other work on other planes for a stupid-large discontinued Nitro Planes Sukhoi SU-26 gasser kit. The new build for Mike will include a couple modifications to make this plane better than the old one, including a bolt-on wing. 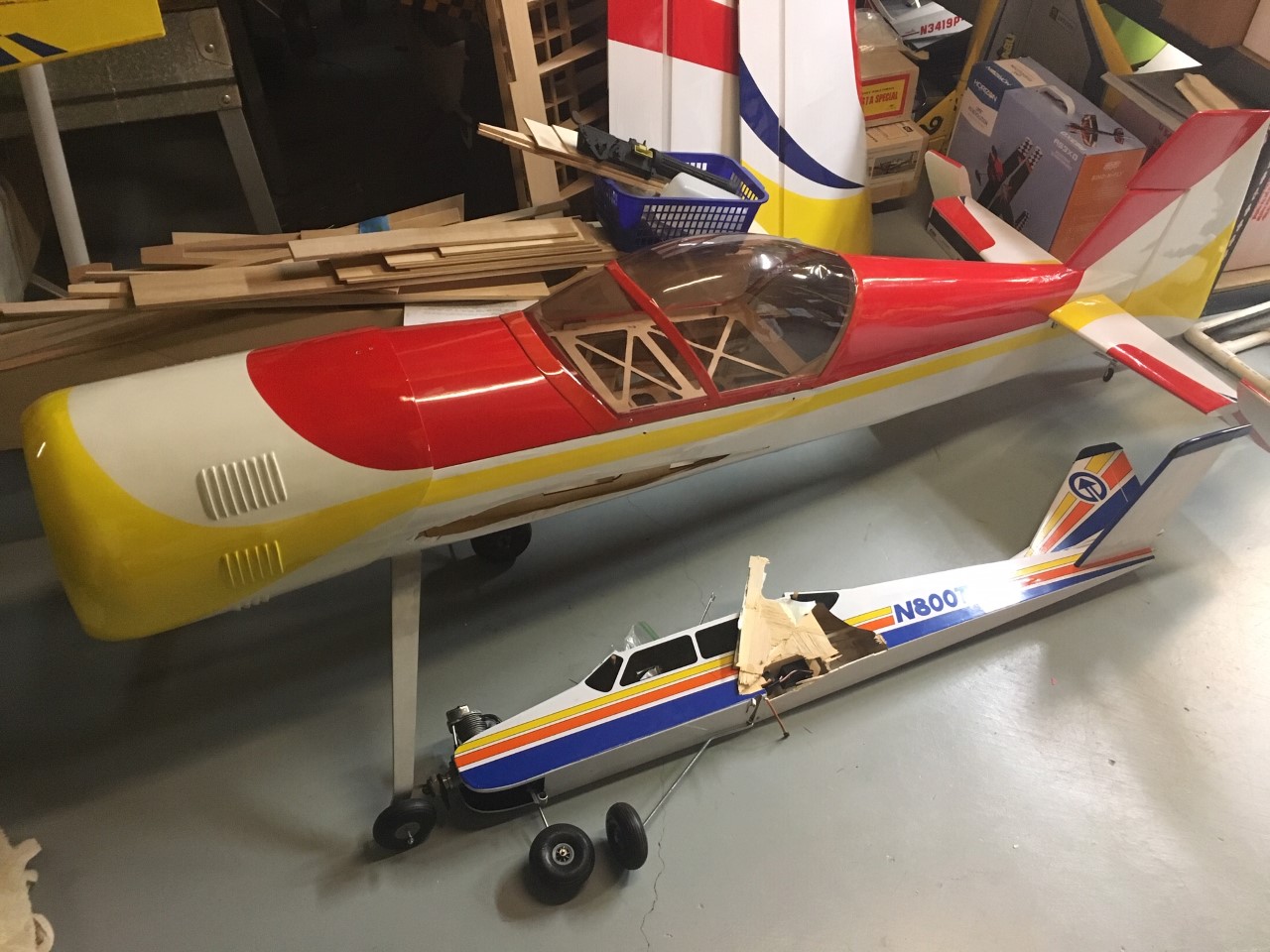 So here's what remains of the old Tower Trainer 60. The fuselage held up incredibly well considering how violent the crash was! 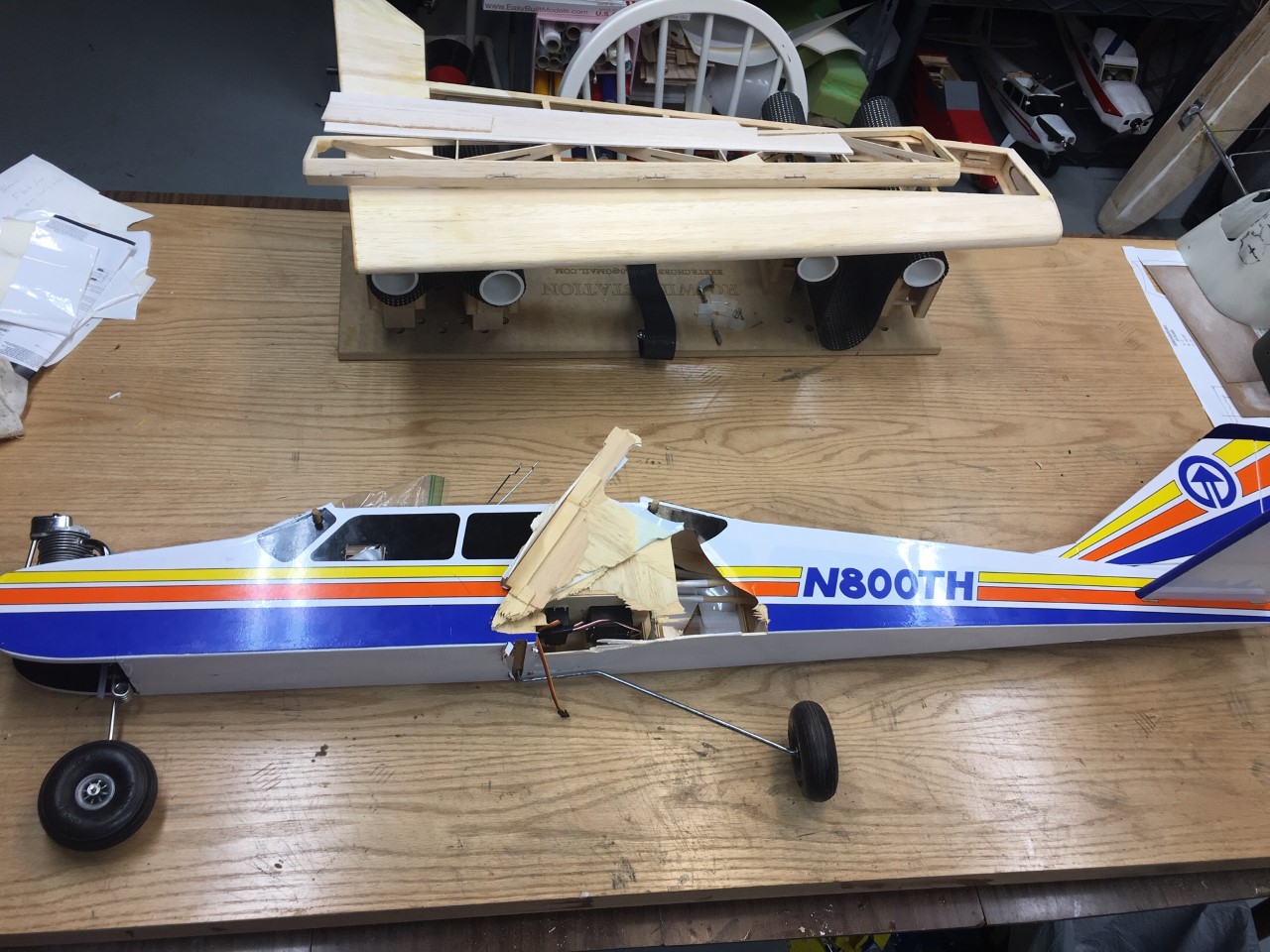 This was the bulk of the damage to the fuselage. The tail took some damage, but nothing compared to this. This alone would be repairable. 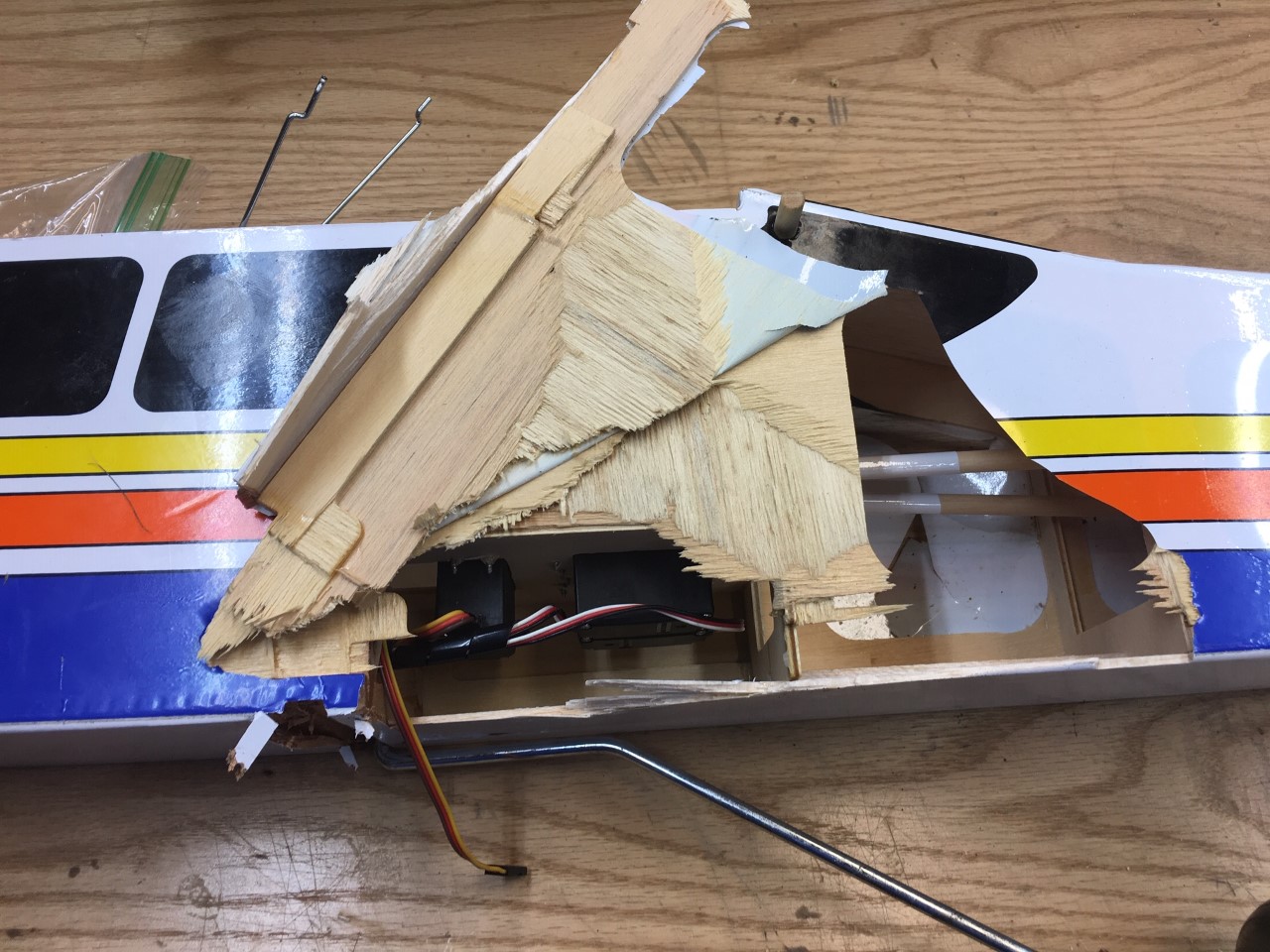 Inside the servos all survived, although I'll test them thoroughly to make sure nothing was stripped or damaged in the crash. 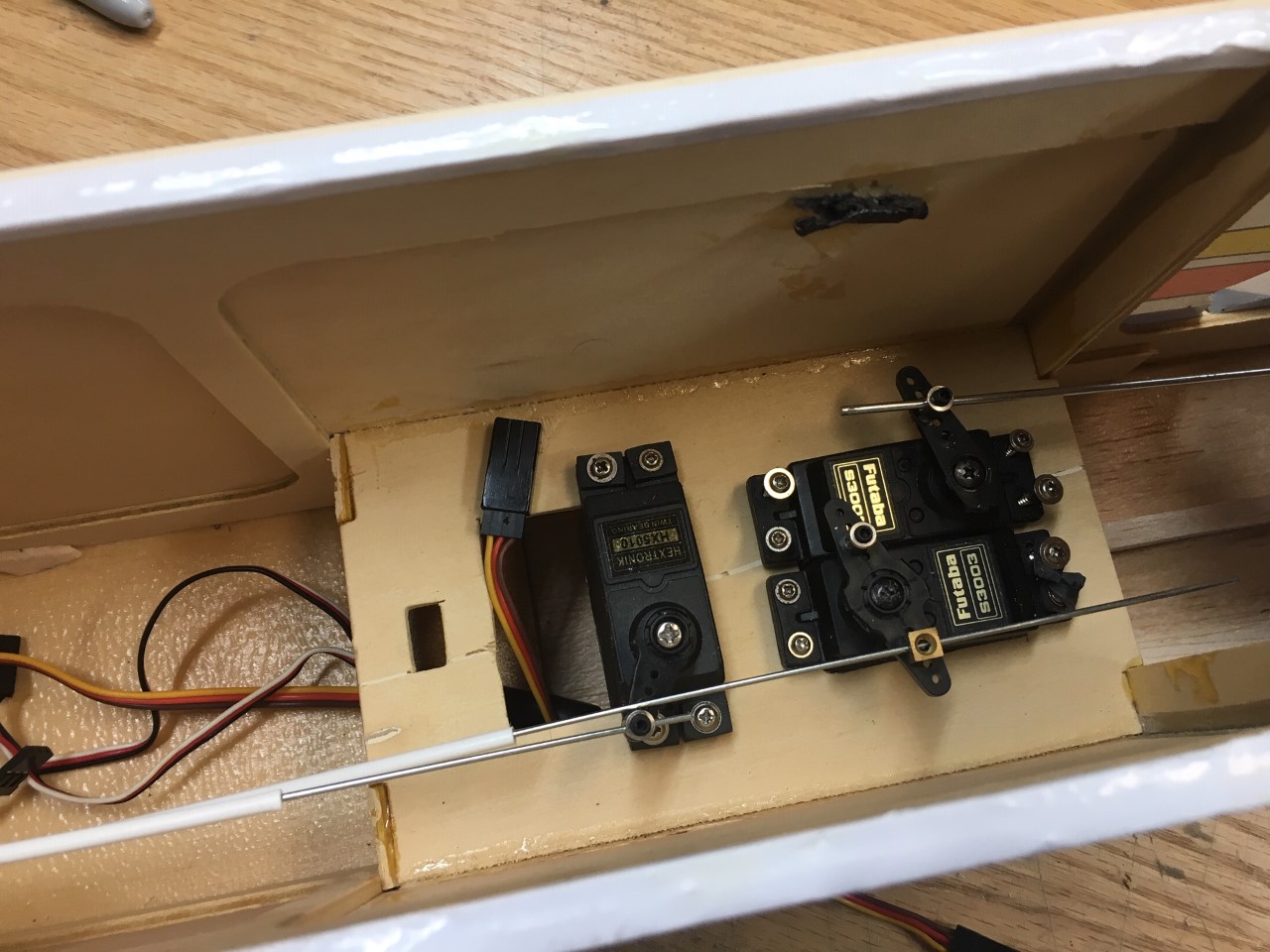 And in just a few minutes the old fuselage is stripped of all usable parts. We never found one of the main landing gear wires or the wheel on it, so those will be replaced. 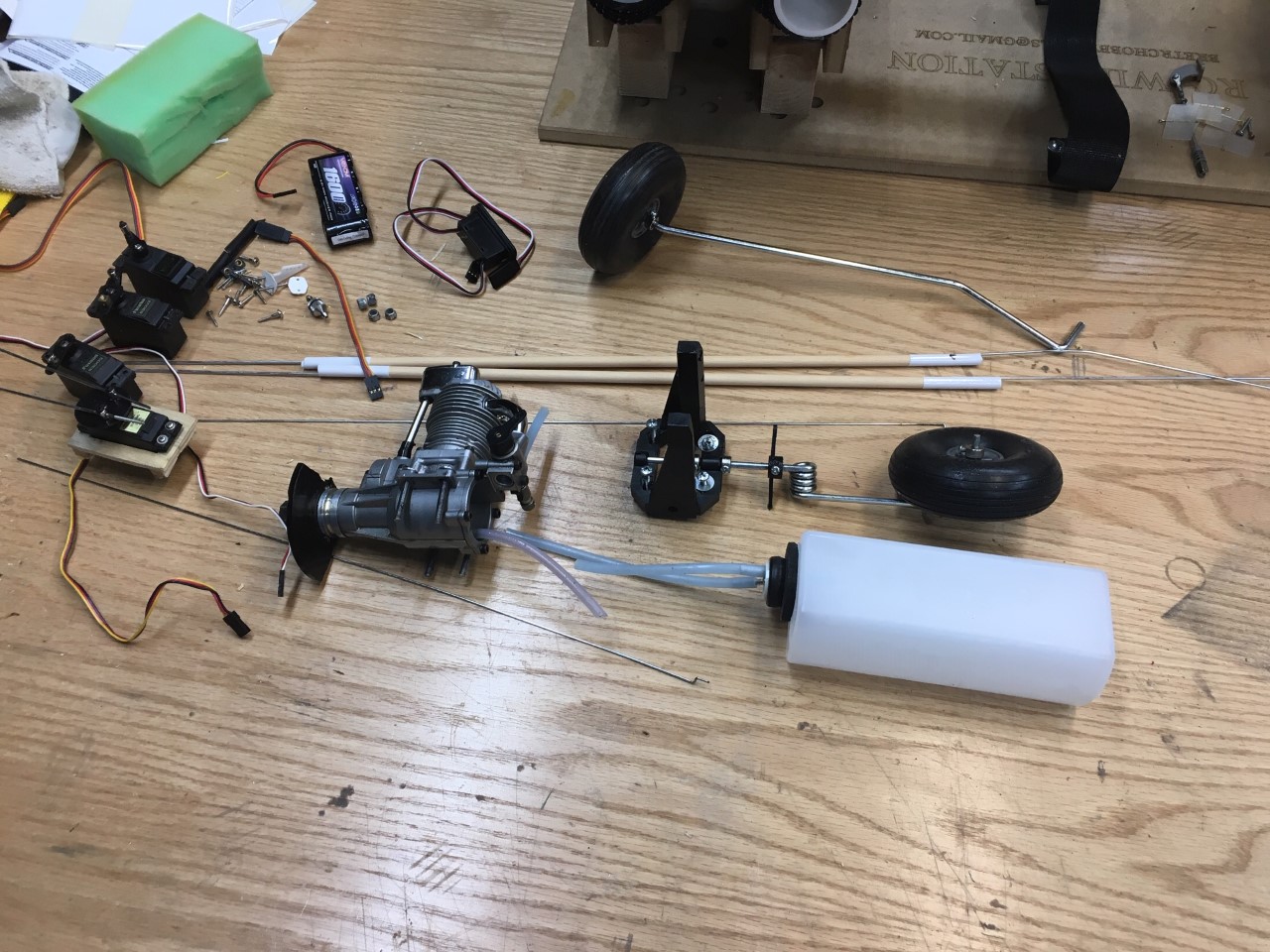 This is the new plane, removed from the box for the first time in probably well over a decade. The covering needs a little tightening in a few spots which will be a quick job. Weather this weekend is supposed to be hot and crappy, so hopefully I make a big dent in the project. 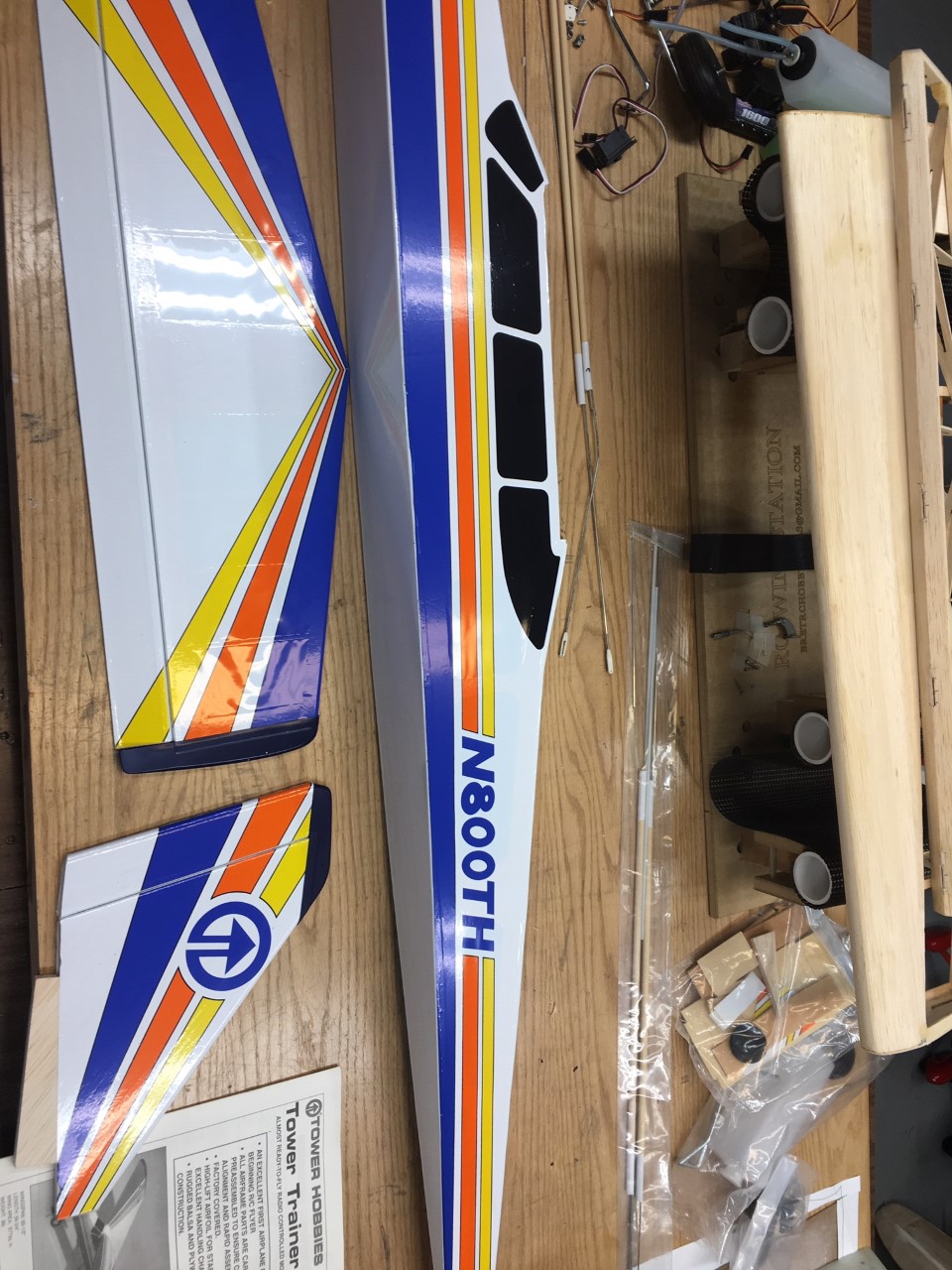 Many of the pieces are pre-assembled (pre-built?) and covered making the project much faster. However, there are always things to watch out for, such as the elevator rubbing against the stabilizer endcap. The endcap is plastic and I'm guessing it was used to give more durability to the ends of the wings and tail surfaces. So the elevator rubs, and the rudder has a very tight clearance - on a hot and humid day the wood may swell enough to interfere, so I'll fix 'em both now. 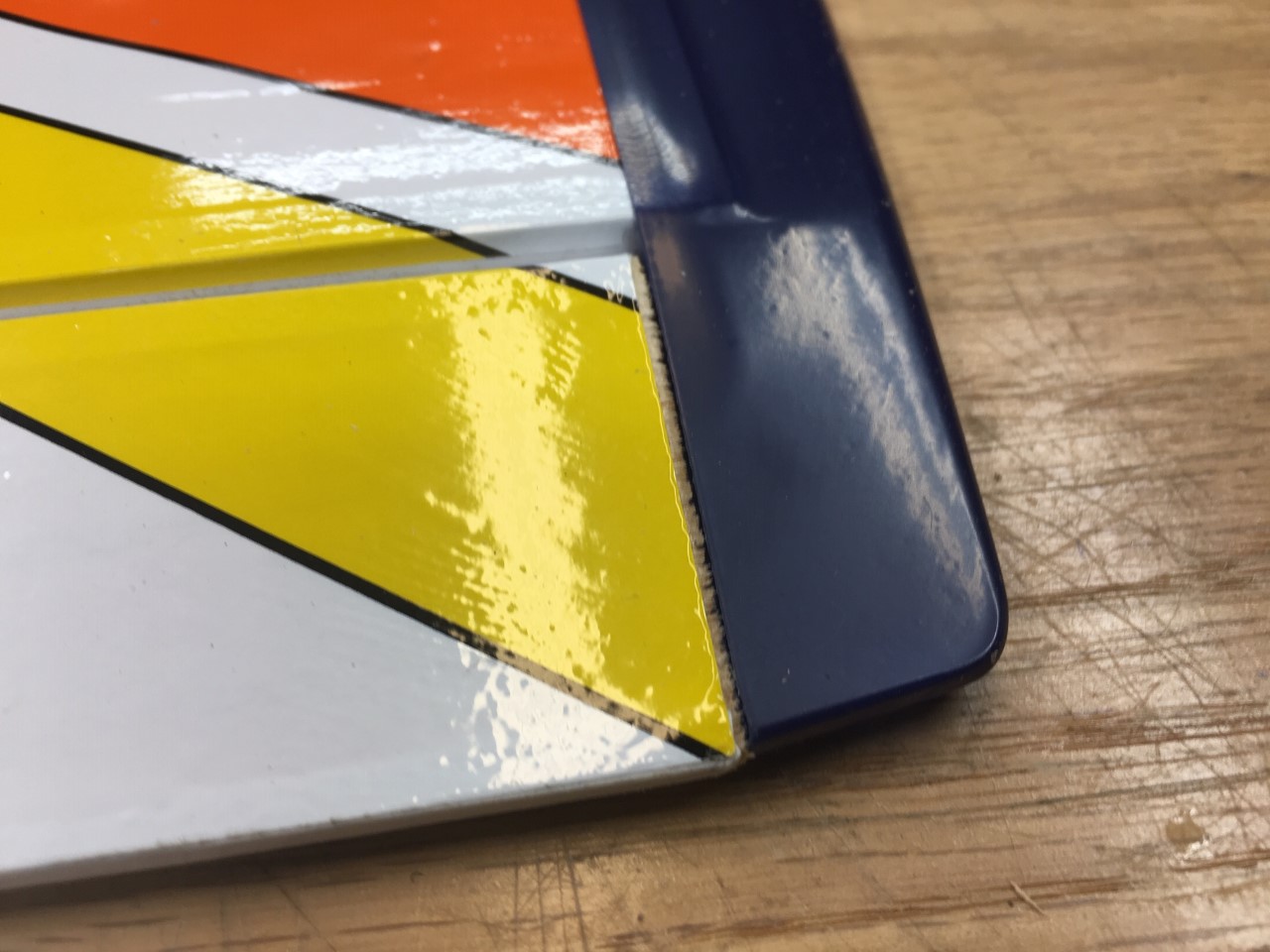 A little time with a sanding block and there is plenty of clearance now. The heat gun was also used to shrink the covering which had sagged a bit after years in the box. 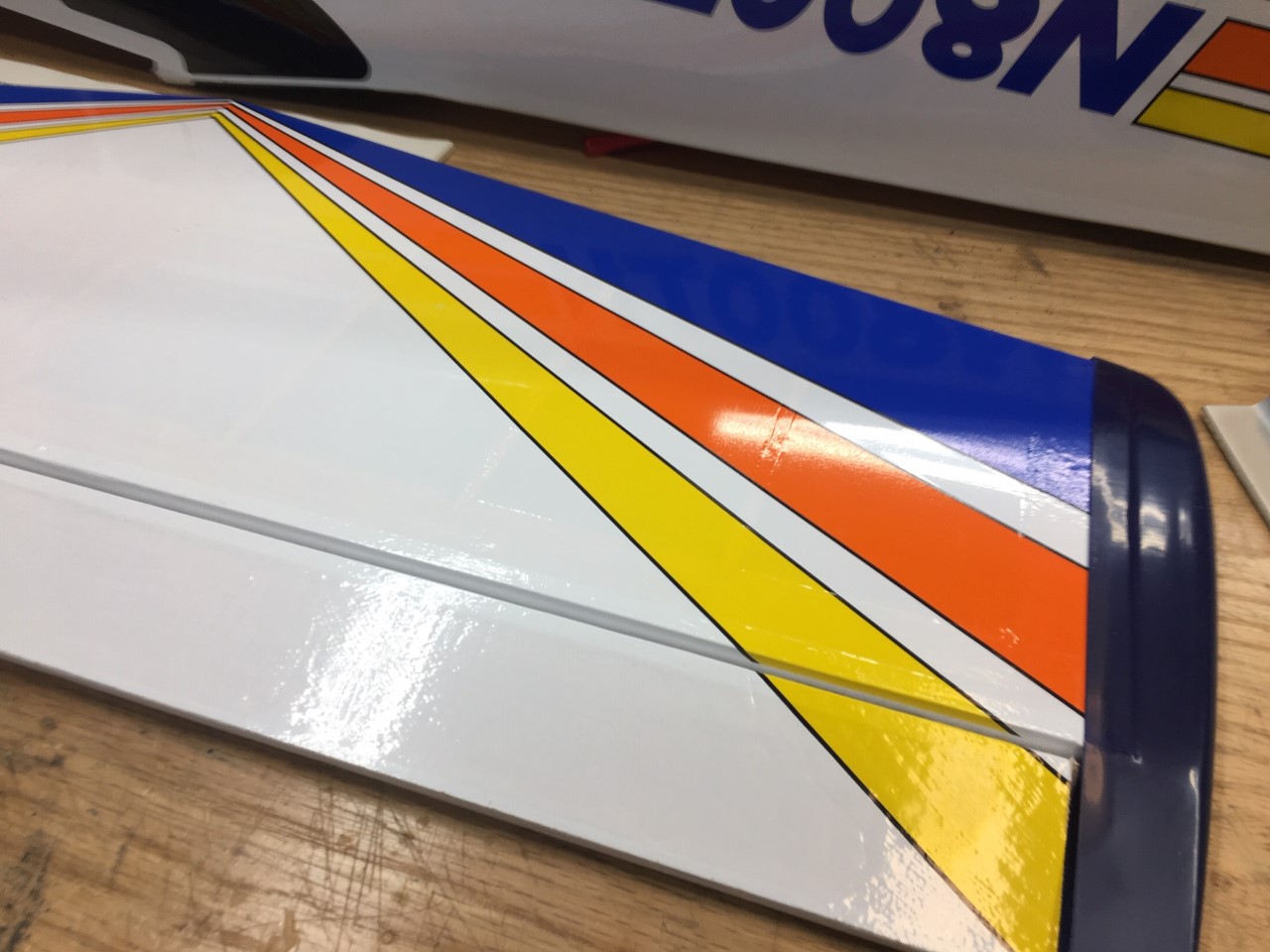 This is a very simple and effective method for attaching the main landing gear. Two heavy gauge wires with the same bends, inserted into hardwood blocks in the bottom of the fuselage. It doesn't get much simpler and stronger for this type of gear. A little thinned epoxy will eventually be added to the exposed wood to protect it from the glow fuel and exhaust. The glow engines are often referred to as "slimers" for good reason! I've rescued and rebuilt a number of old glow planes and it's common for the wood to be soft and un-usable from all the old glow fuel residue. 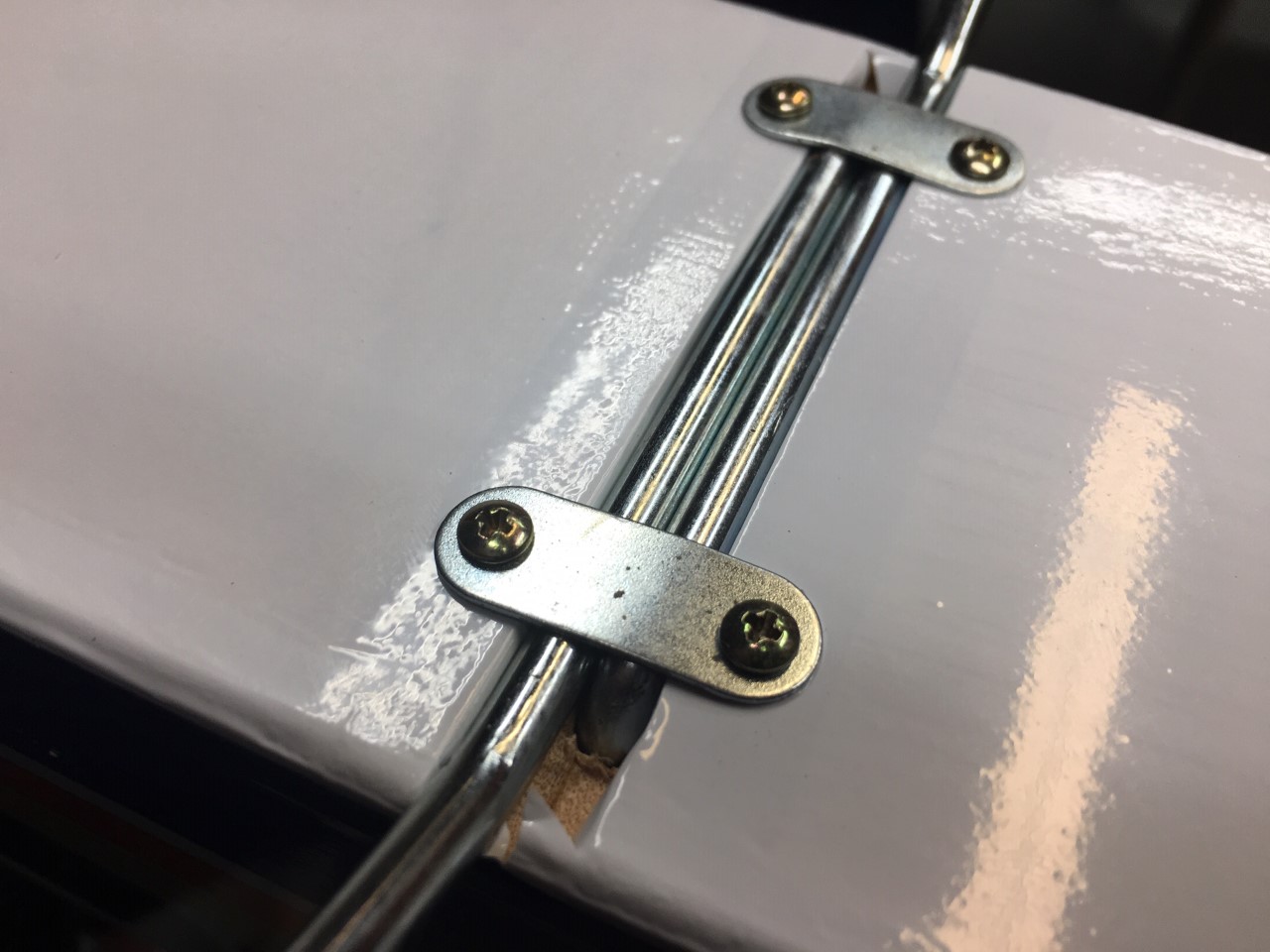 And just like that, she's sitting on her own three feet! The engine mount and front wheel from the old Trainer simply bolted into place on the firewall of this plane - the captured nuts were already installed in the right place making that a super easy task. You may remember that the old plane only had 2 of the 3 wheels, as the third was never found after the crash. They are 3-1/2" DuBro wheels, and I happened to have one in my stash. Unfortunately it doesn't have the same tread as the old ones so I put it on the front and left the two old ones on the main gear. 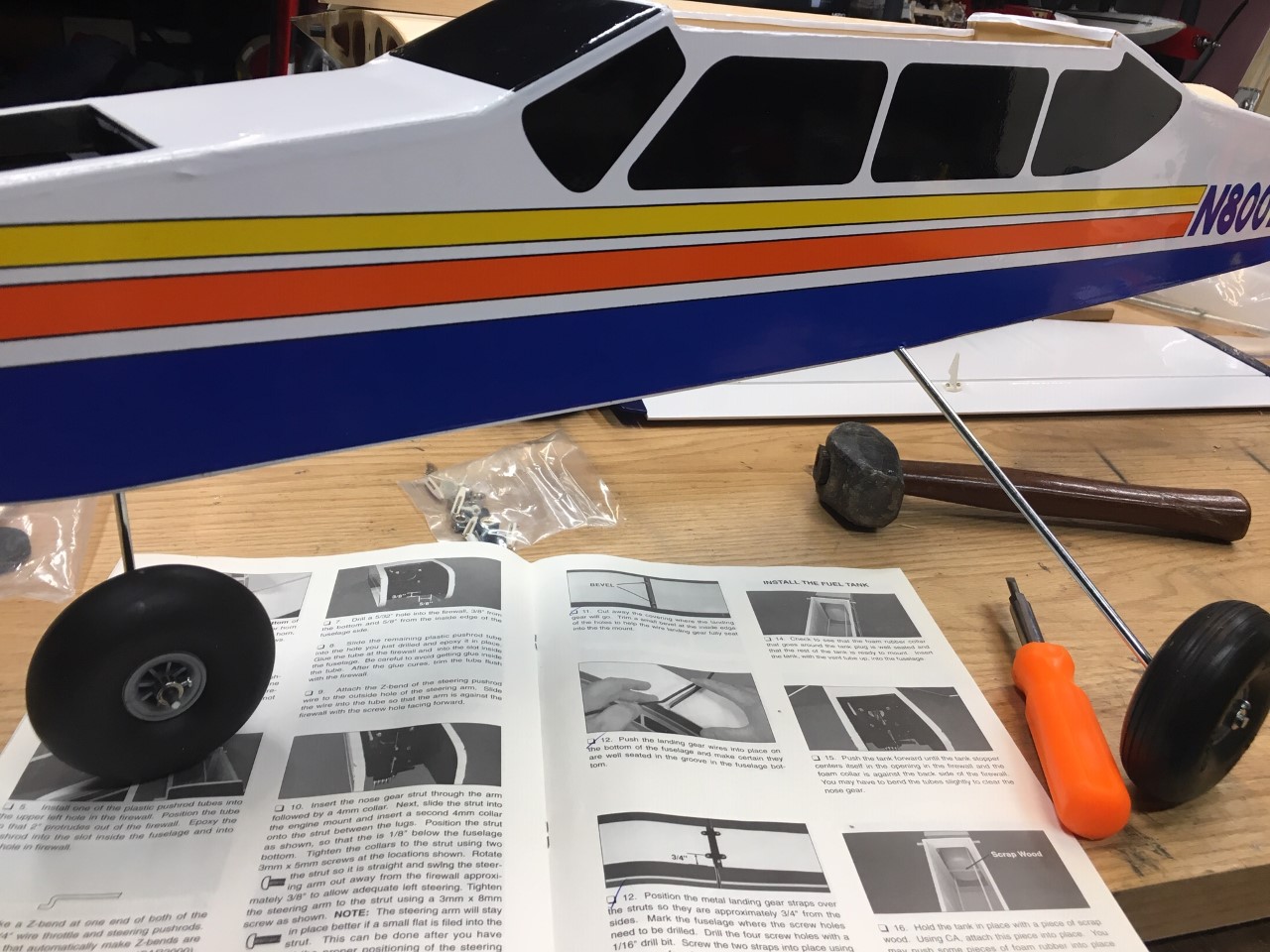 Time for a little break while epoxy cures!

Mentor
#3
Alright Mike, here's where it's at as I take a lunch break and get some planes ready to fly tomorrow.

Tail feathers are all glued and are sitting quietly while the glue cures. The horizontal stab was test-fit, excess covering was removed, and it was glued in place. Quite quick and easy. The horizontal went in second and was just as uneventful, which I guess is what you want in an ARF! 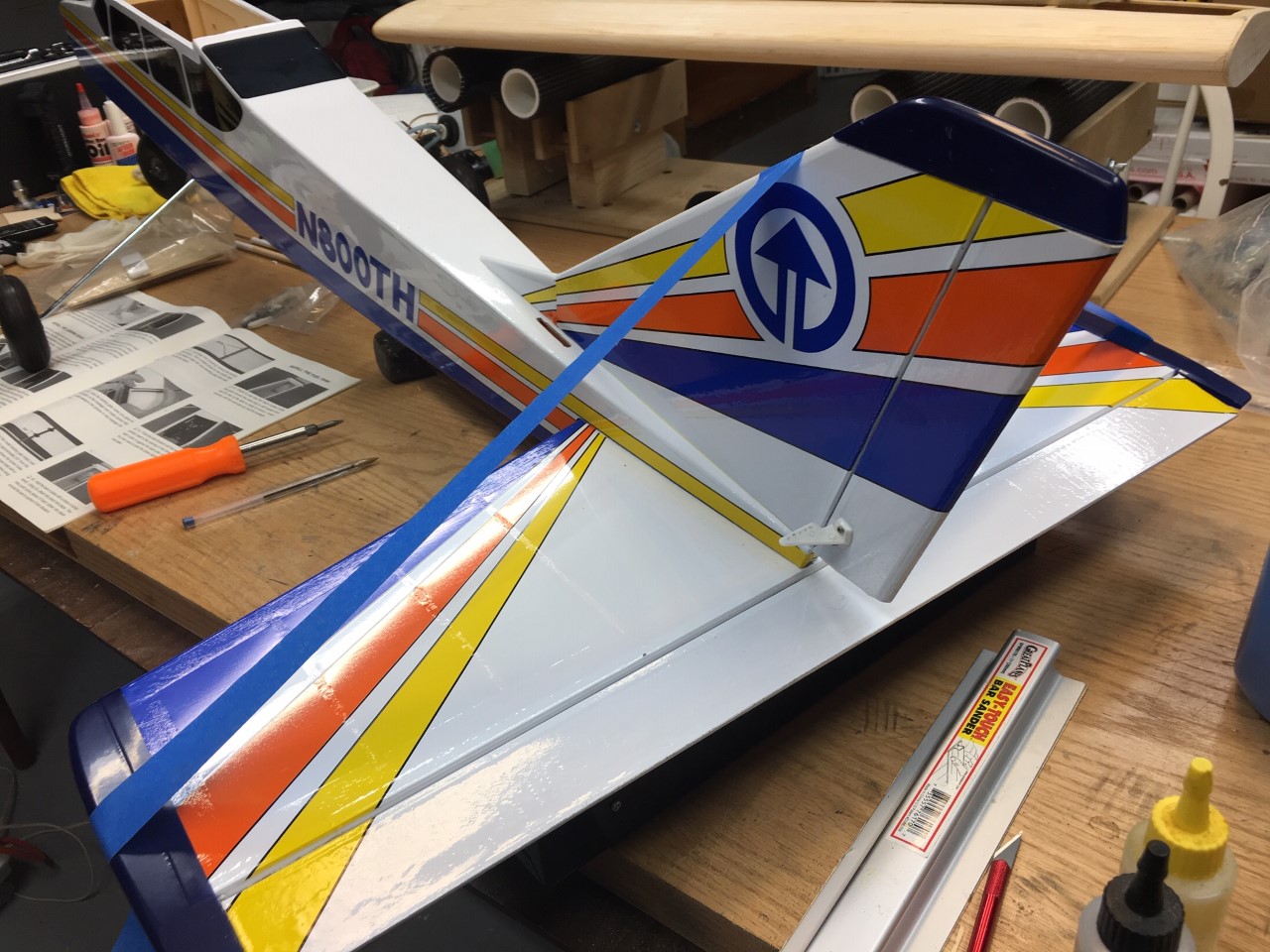 The wing is a simple build - both wing halves are pre-assembled and you only need to build the dihedral brace and epoxy them together. Once cured I'll be able to start figuring out how I'm going to make the wing removable. 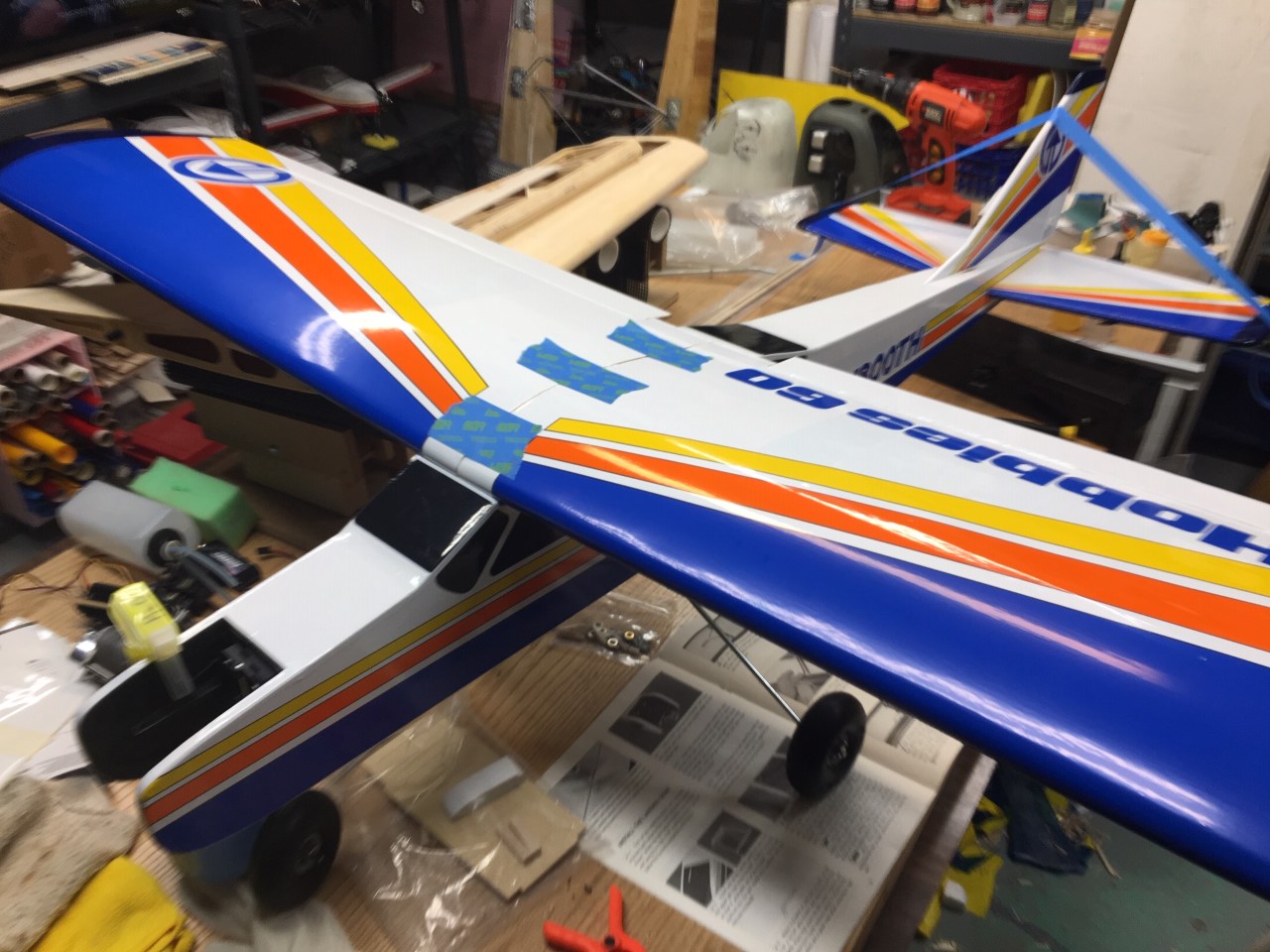 Mentor
#4
ARF's really are just like doing the final plane assembly after covering - still time to make some tweaks and adjustments, but pretty much into the home stretch!

Mentor
#5
Some are more ARF than others. This one is a pretty quick build, and should only take a few days due to waiting for epoxy to cure. I've done others where it leaves much more to the builder's imagination. I'm not sure if they're available anymore, but some companies used to offer "ARC" kits - Almost Ready to Cover, which would be fun to try.

Mentor
#6
Joker 53150 said:
Some are more ARF than others. This one is a pretty quick build, and should only take a few days due to waiting for epoxy to cure. I've done others where it leaves much more to the builder's imagination. I'm not sure if they're available anymore, but some companies used to offer "ARC" kits - Almost Ready to Cover, which would be fun to try.
Click to expand...
I've got an ARC of the Adrian Page NewBee that I think I'm putting on the bench next (once I finish re-caneing some chairs) - it's just a nekkid balsa frame in a box!

Mentor
#7
I haven't forgotten this build, Mike! Over the past couple weeks the trainer has been sitting on my bench while I worked on the Goldberg Eagle 2 Rescue. The issue has been trying to figure out how to make the wing bolt-on, while avoiding major surgery to the wing or fuselage. I had a couple ideas for the leading edge of the wing which would work well, but kept running into problems with the trailing edge. The issue was really with the fuselage servo placement as well as the aileron servo and pushrods, and all of the ideas I had which seemed secure enough would cover the fuselage servos and make them very difficult to service. If this were a kit and not an ARF I could have more easily modified the parts and made it work, but I don't want to do anything that will scar the exterior. In the end I decided that the factory rubber band mounting method will have to work. Below is one of the test pieces made to see how the modification would work. Since rubber bands will hold the wing on, I am also supplying Mike with a couple. Well, a LOT of them, to be more precise. I ordered the proper size from Amazon and failed to notice that the order was for THREE POUNDS of rubber bands! That'll last a season or two... 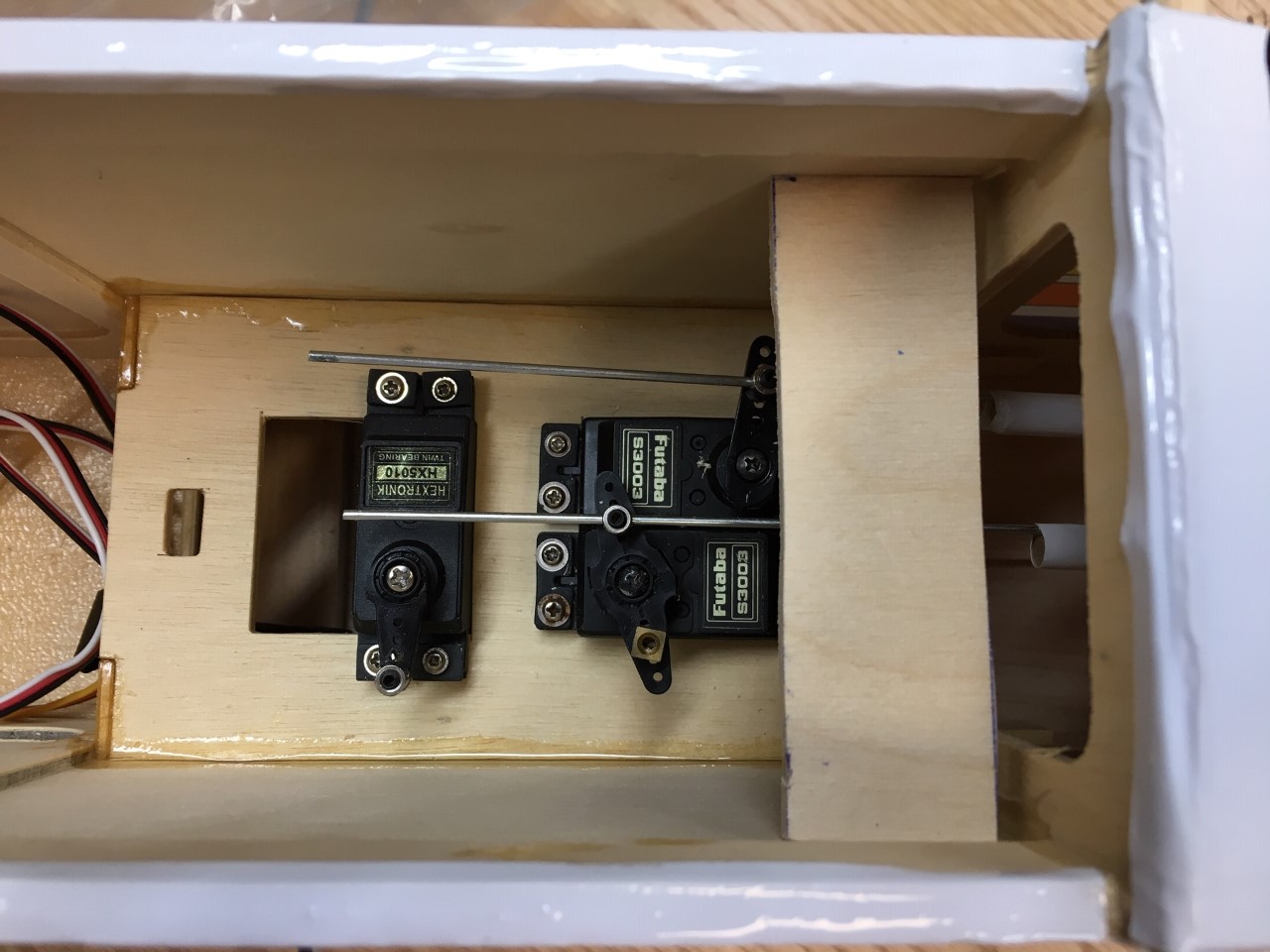 Also installed is a power switch with charge port, which makes it easy to plug in and charge the battery. 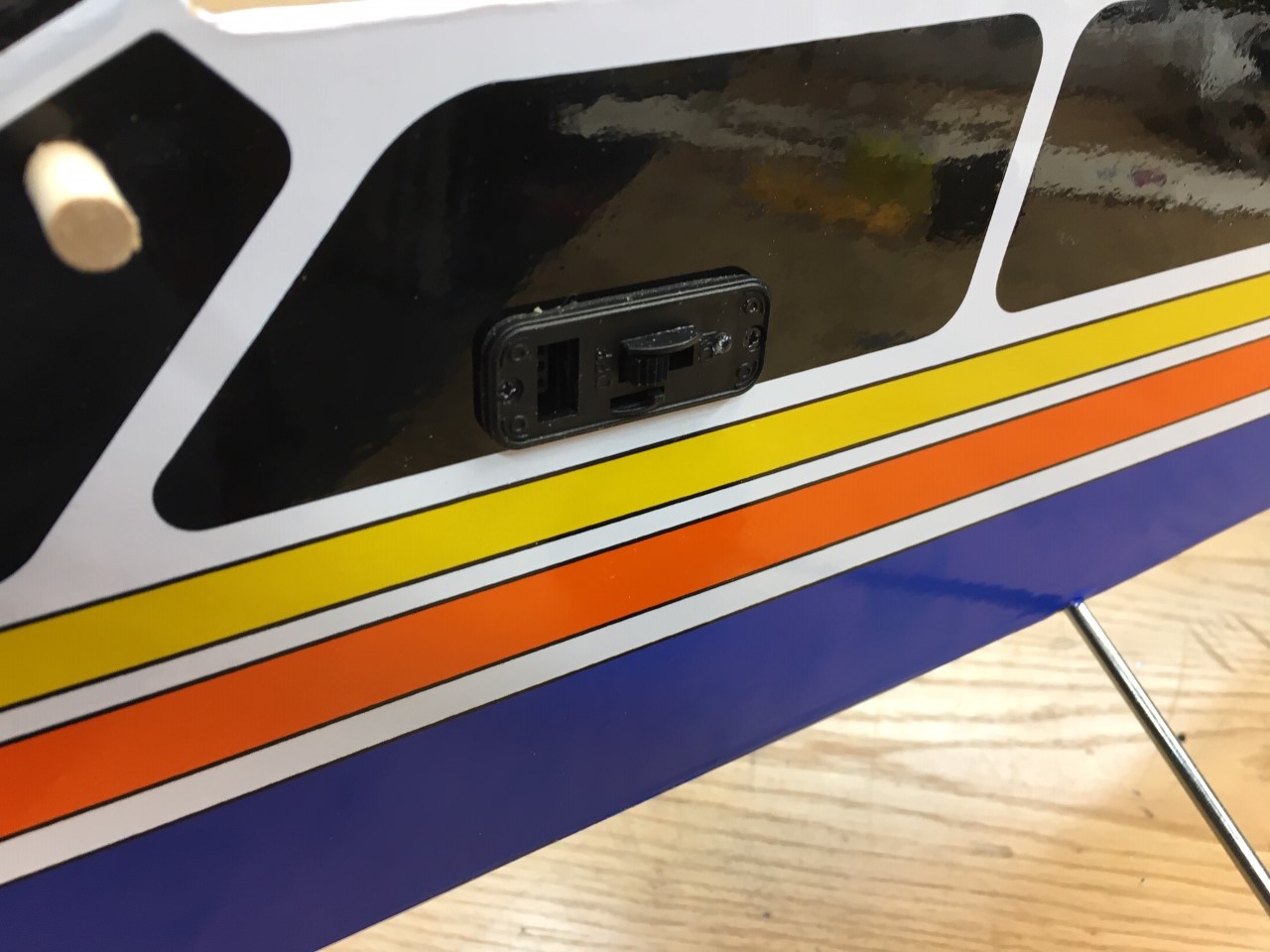