#1
I have converted several of these into super flying RC Planes. I didn't modify the airframe much at all. Look up Northbrook UFO on YouTube for a video of the night flyer version. I also modified one into a Long EZ clone.

#2
just finished mine with a 3d printed pod designed by...Kilroy07 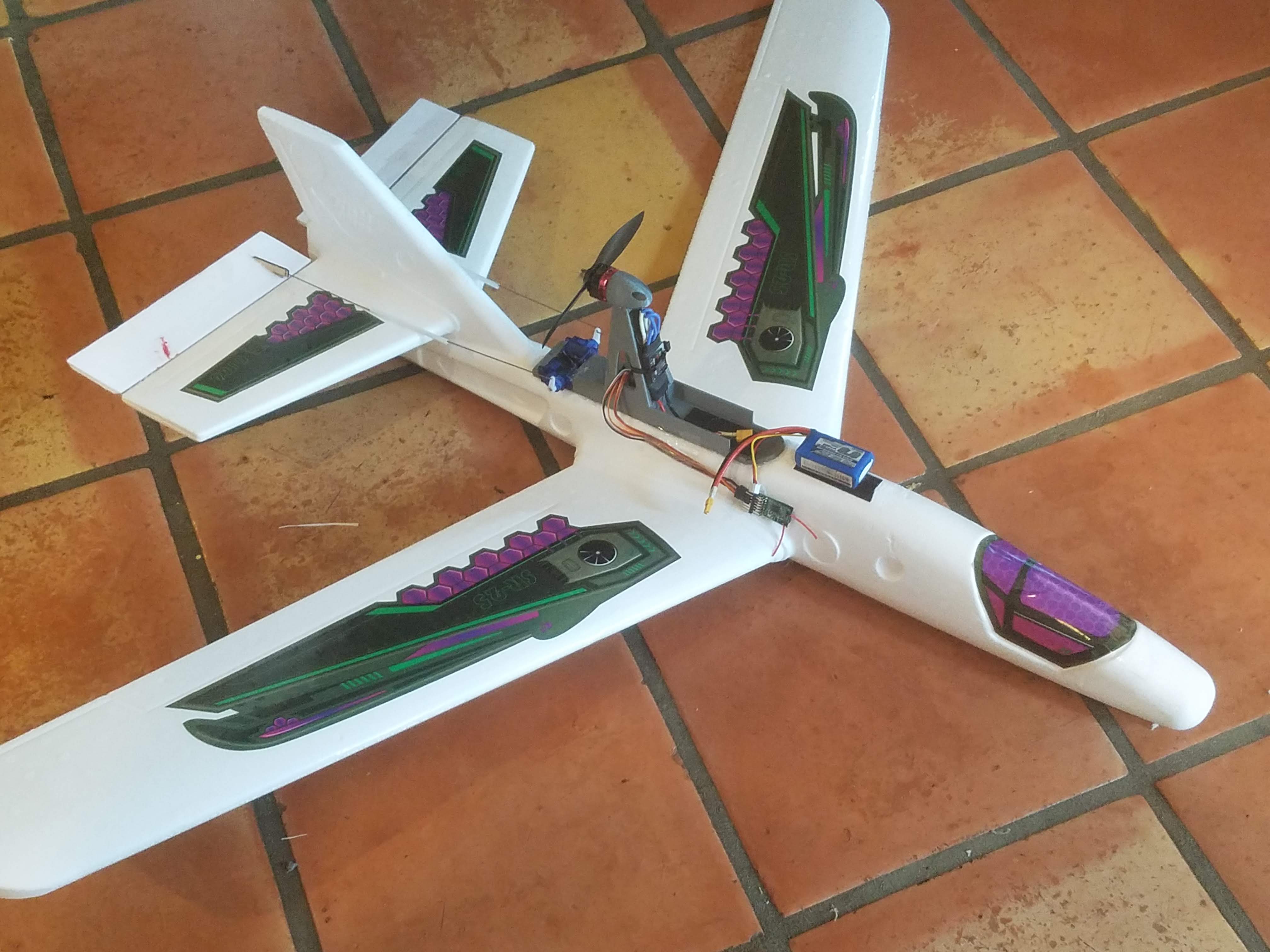 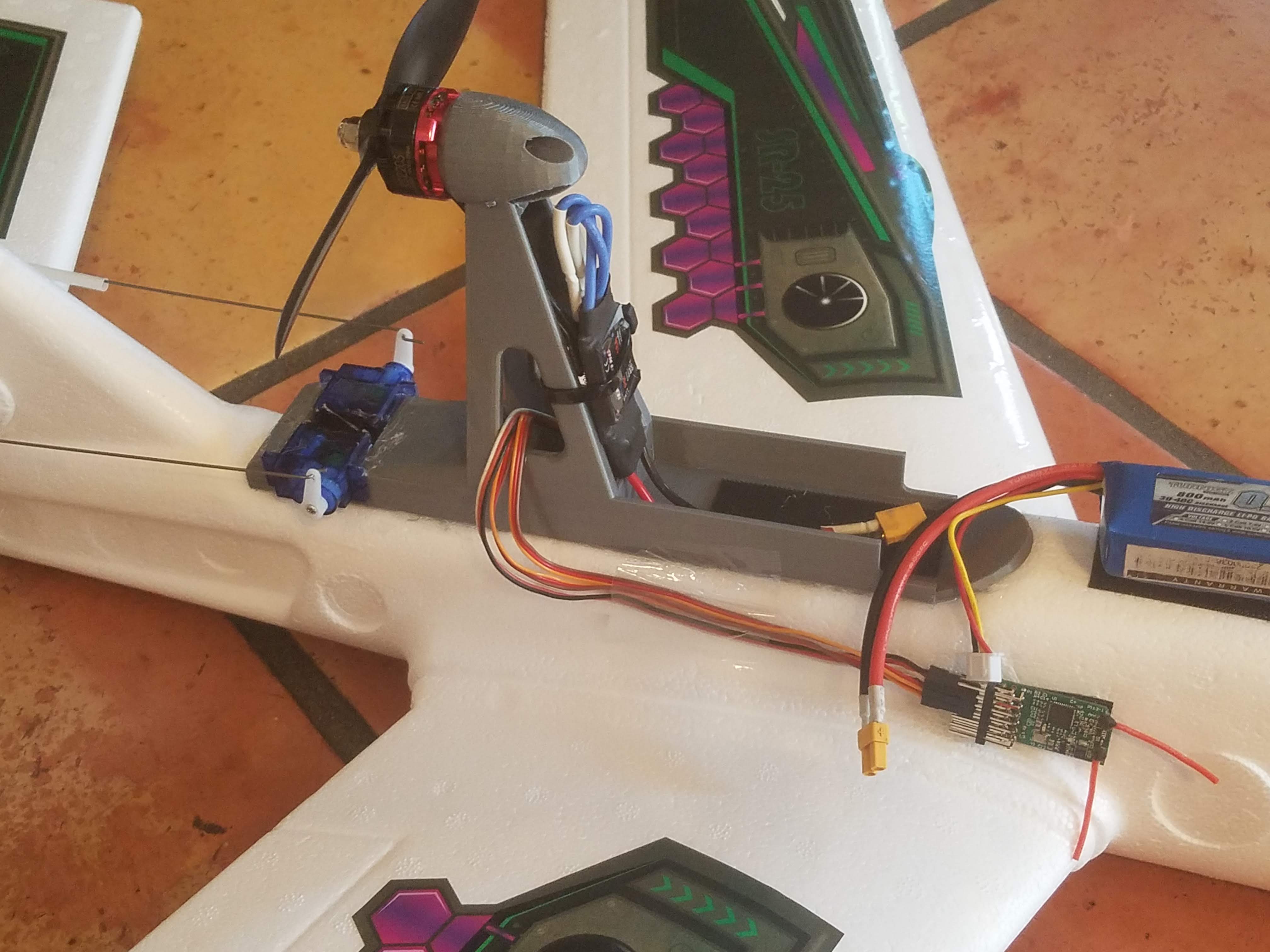 i just designed and am printing some landing gear mounts for under the wings. hope to get it to be able to land and taxi back. we will see.
laters,

#4
**edit** Build article for my twin 1106 version is now live in the FT articles section
https://www.flitetest.com/articles/building-a-bixler-style-10-foam-rc-glider 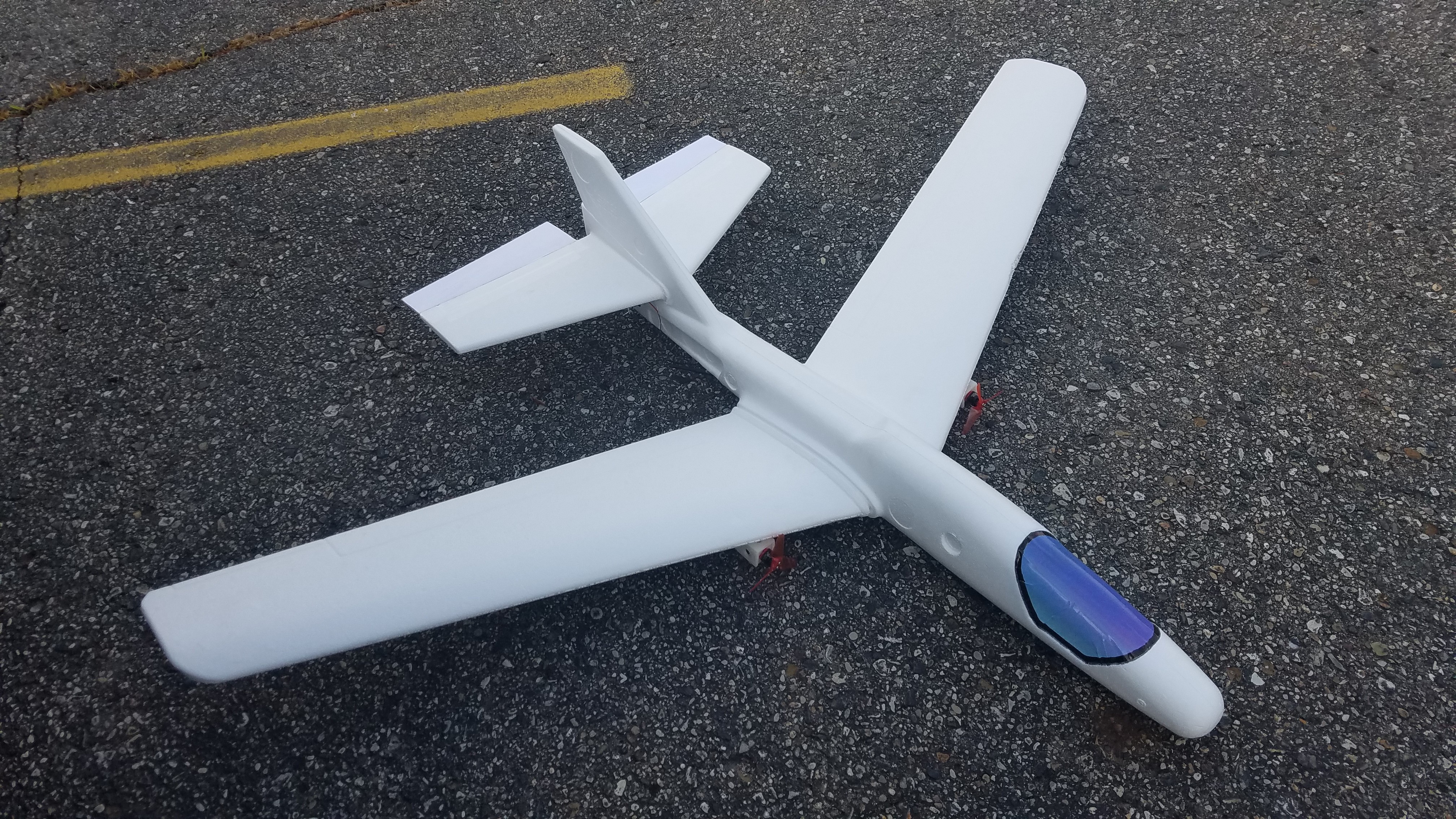 #5
Very clean looking build and nice article, I especially like the idea of using the Carpenter's Square!

For those interested, my powerpod design will be updated for 9 gram servos by tomorrow (thanks for the head's up
@mrjdstewart )

#6
kilroy07 said:
Very clean looking build and nice article, I especially like the idea of using the Carpenter's Square!

For those interested, my powerpod design will be updated for 9 gram servos by tomorrow (thanks for the head's up
@mrjdstewart )
Click to expand...
Thank you! I was going to build one with your pod, but it was too big for our printer to handle.. So I did this instead

#7
Yea, I am kind of spoiled with a 225x320x310 build area (Wilson II(k)). Many years ago expanding the build area was the first upgrade I made to my printer.

Since I'm revisiting the pod, I might just make one without the battery tray, that should fit just about any printer (another great idea, THANKS!)

My 1106s arrived last Friday... I've hidden them from myself so I get a couple of other projects wrapped up before I start on another one... But here's a hint; but I'll need a couple more motors... to get six turning and four burning...

#8
i made an A-pod firewall with the 1106 motor mount spacing. take it to tinkercad and use the layout for what ever you are doing.

i was thinking i was going to take your design, chop some of the battery tray off so i can move the weight slightly forward enough to be able to put a rudder on the plane. we will see.

using tinkercad for design and simplify 3D for my print software.

i decided i needed to make mine different so instead of a dual tractor config. i went with a dual pusher, above the wing, 1106 combo. i fly on a dirt field so i really want to keep all my stuff up top. we will see...

#14
mrjdstewart said:
Creality CR-10S
Click to expand...
That would have been my second guess!

Okay all new files have been posted (both to thingiverse and here in the forum resources.)

I have split the original to print on smaller machines, made a 9g servo version and split that as well. 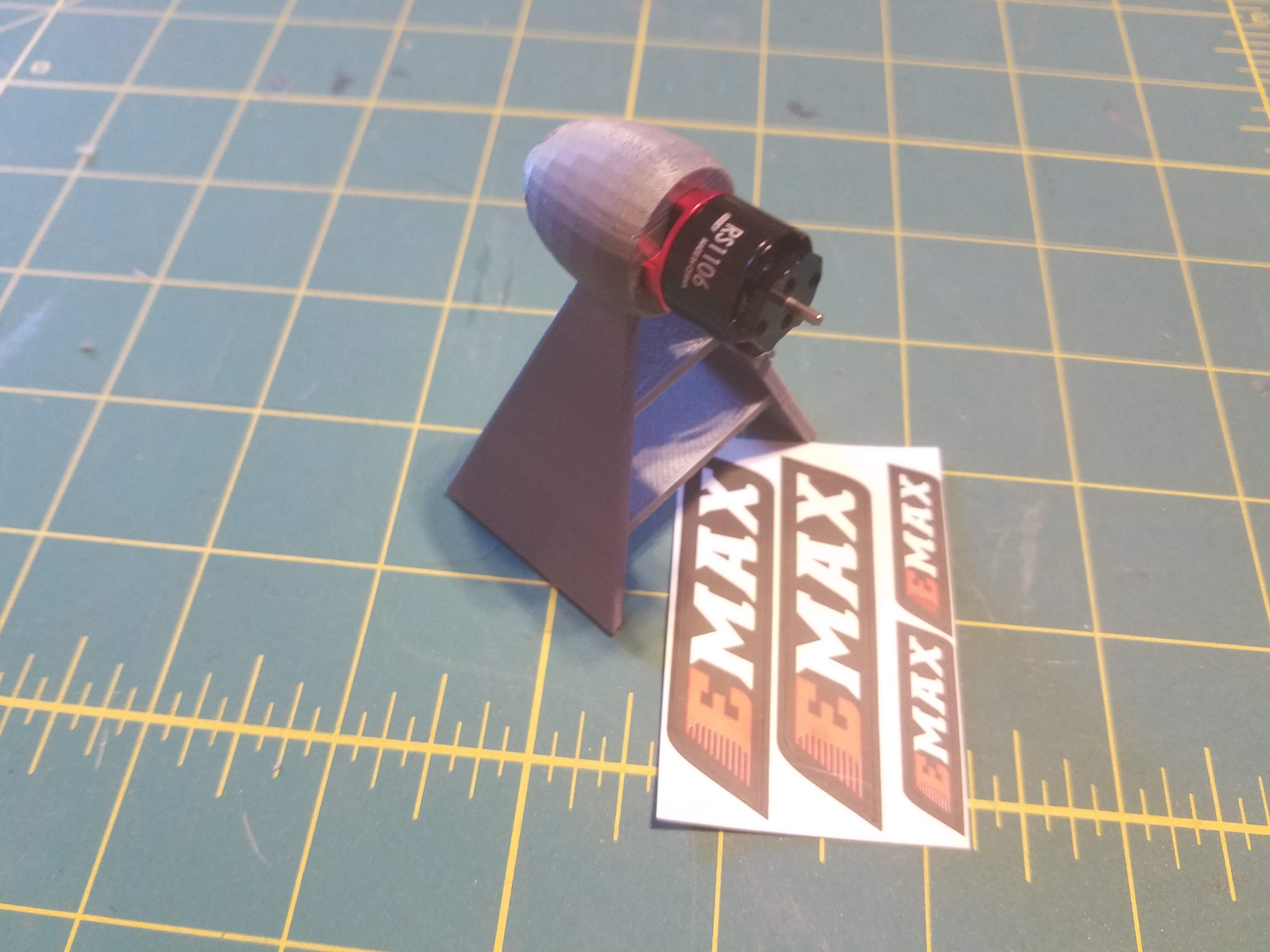 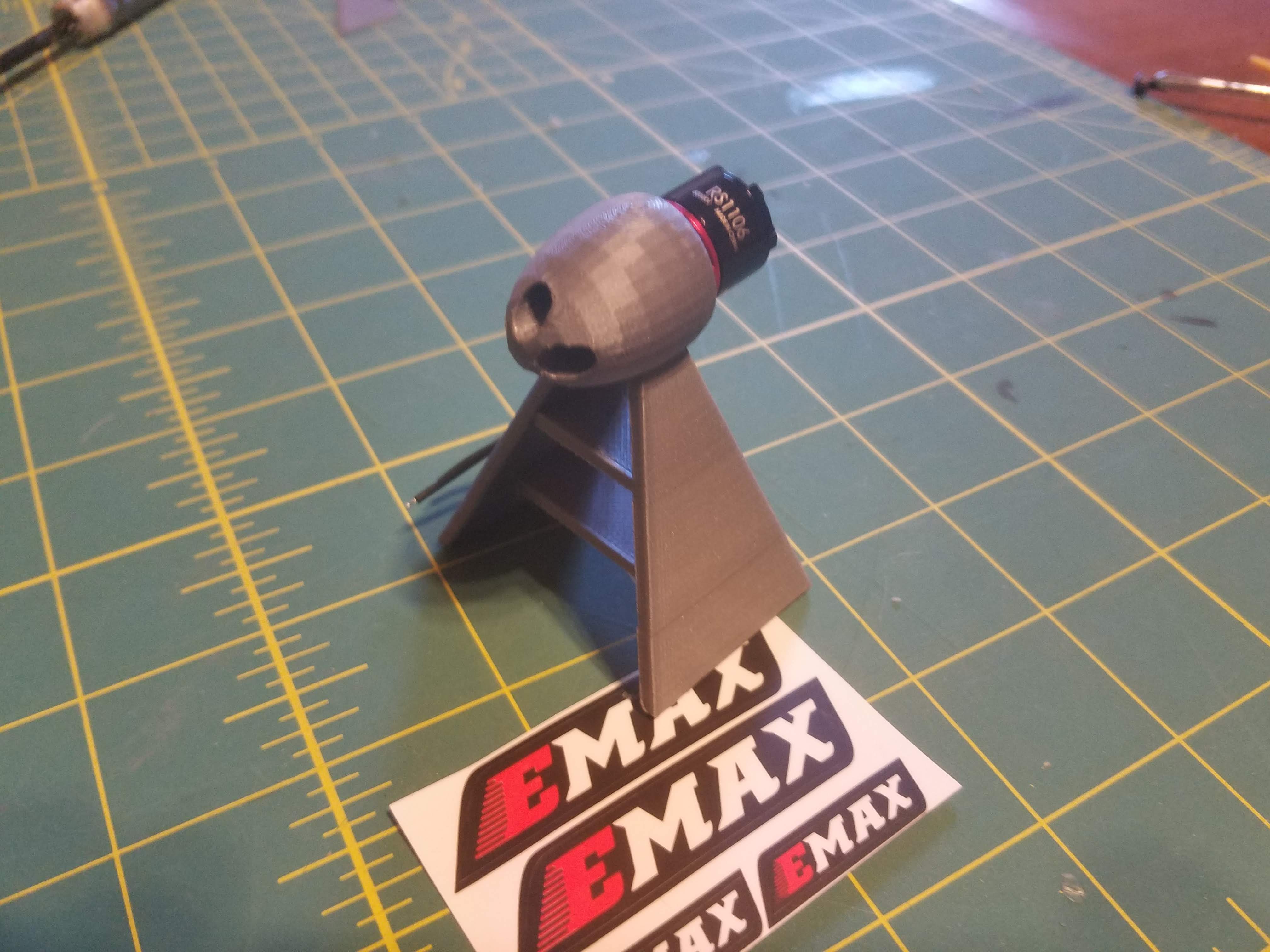 i may come back and do some work on the lower half but for now it is exactly what i needed. i have another one printing now.

thanks for the ideas.


i may come back and do some work on the lower half but for now it is exactly what i needed. i have another one printing now.

thanks for the ideas.

me
Click to expand...
So are you going to mount these to the wings? A single one of these little pods would be cool for the 2ft wingspan version of the glider! 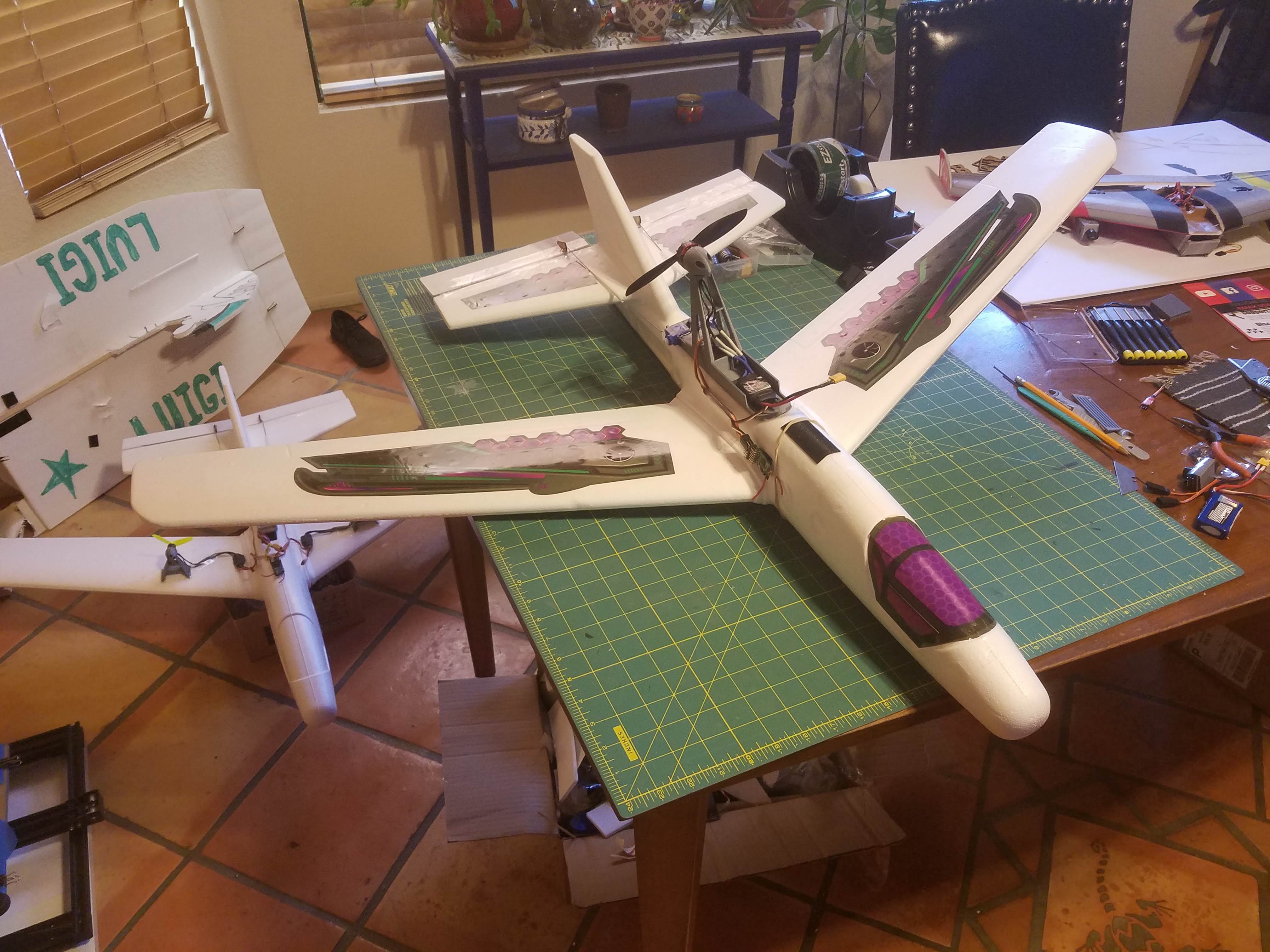 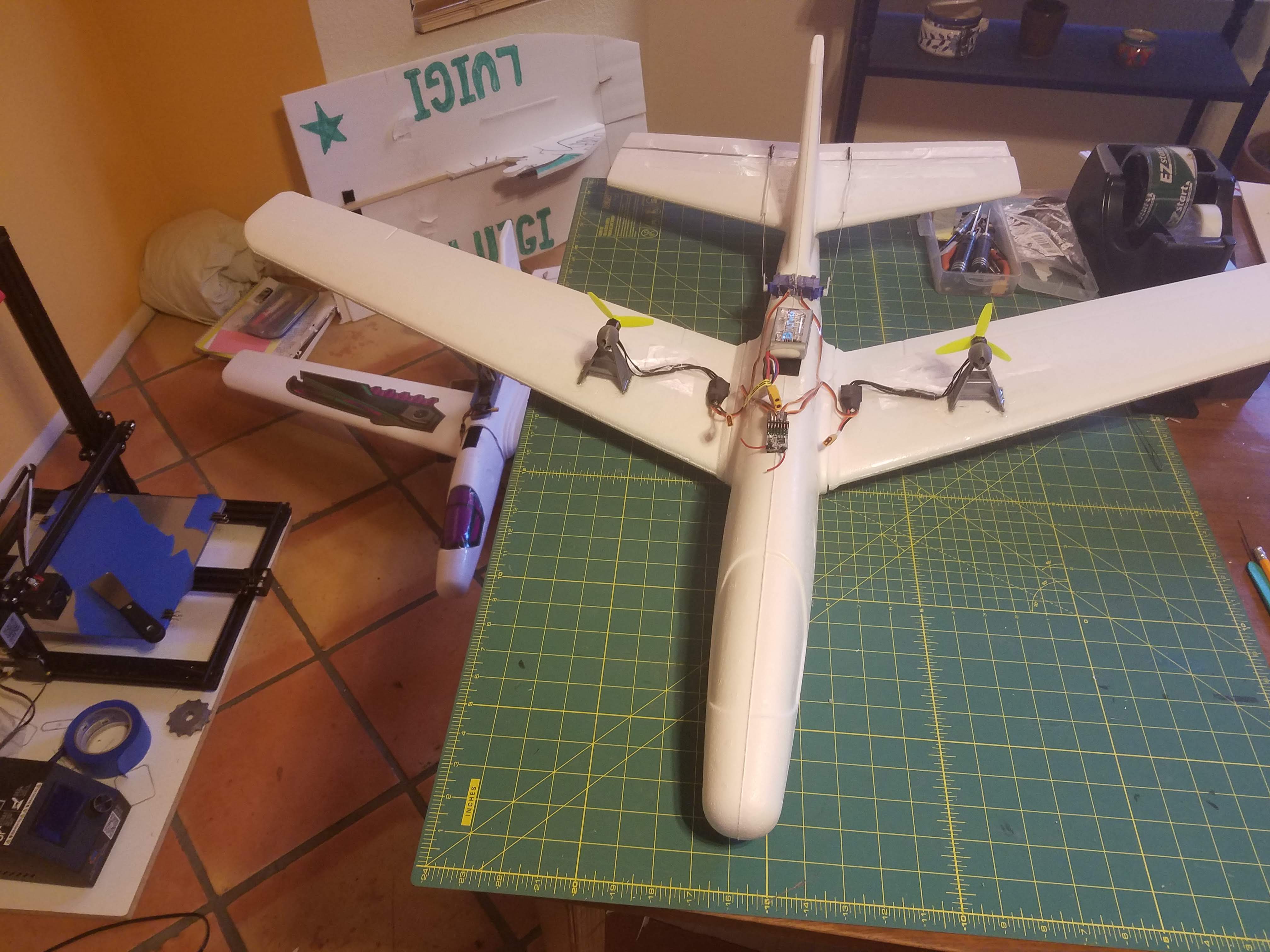 we will see. at very least the build and design of the twin pods was fun!

the first one i flew was the single motor. had it balanced where i thought it should be, elevons checked good, throttled up and it immediatly wanted to nose down hard. i figured there was no way it was going to be able to overcome that but what the hey, what we got to lose? so i throttled back a little bit and gave it a toss. it dove straight towards the ground as i was trying to give up elevator, began to level just as it hit, then scooted along the ground for a few feet and then shot into the air. once in the air the thrust didn't seem to be an issue. it flew nice and calm, not fast by any means, but very stable. i was able to do loops and very slow rolls. then you try and slow it down and things get a little nasty. as i approached stall speeds it had a very bad tendency to drop the wing tip suddenly and go into a dive. a fact reinforced to me on my 1st landing. once on the ground i adjusted the CG forward a bit and gave it another try. still really weird on take-off, almost identical as the first but once in the air it was much better. the tip stalls were reduced significantly and i did not need as much up trim to keep it flying level. 2nd landing was better but it still stalled at the last moment just off the ground. flew it again later and adjusted the CG even more forward and this seemed to be the ticket. tip stalls still happen but no where near as bad and at much lower speeds. came in for a perfectly smooth belly landing with no stall. 5 min flights on a 2S-800mah came back with 7.45v remaining. may try this one on a 3S and see what happens.

the twin pusher was completely different. it had no thrust tendency and took off smooth as can be. overall it seems more nimble and a little quicker. the thrust vectoring does work but i don't think i would want that to be my only control for left and right motion. the craft was able to do loops, but i could not get it to roll. tried multiple times with diff combos of input and thrust vectoring but nothing. overall though very easy to fly. it did not seem to have the same tip stall characteristic as the other which i once again found a little weird but who knows? i was easily able to fly 5 mins on a 3S-850 LiHV and came back in @ 11.6v so still plenty of juice to extend the flight time if you want. on landing inspection of the craft showed signs of heat in the motors but ESC, and battery were cool. i think going to the 1306 motors would be a good idea for this plane. i will check the motor bolt offsets and make another pod for them if they are diff.

#20
Aye, it definitely could use a few degrees of downward thrust angle. Maybe even an adjustable pivot for different power setups?