#1
Did anyone tried EDF and/or quad motors installed inside the ducts? What should I look for if I want to use EDF? My model's dry weight is around 1300 grams, only with servos installed. So I assume it will be around 1900 grams AUW. I'm using some locally available foam, which I suppose is a little different compared to original FT foam, hence the weight difference. I would really appreciate any help, for both of the situations. Planning to run it on 3, 4 or even 6S. Thanks!
Last edited: May 12, 2019

#2
You will have to move the battery all the way forward to accommodate the weight of the fans, and their being mounted way further back.
EDFs suck power like going out of business, so you will need larger batteries and have less flight time.
It is 100% doable, one of the guys on the Flitetest Facebook group has been working on this very thing.
T

I have been in love with the A-10 since I received Fairchild Republic's marketing book that outlined the abilities and philosophy of the design of the brand new (at that time) A-10 Thunderbolt II in 1980.

Has anyone found out why FT decided to for go the power pods instead of the quad motor solution Josh mentioned in the video about running the rear pusher motors at different rates than the front tractor motors and different prop's? Any information about your/their results in trying this change from initial flight? Flying 8-Foot A-10 Warthog

I am very interested in learning about all results in experimenting with the quad motor setup and ducts/nacelles, types of prop's and number of blades 2, 3, 4 bladed props, etc., as I am considering doing this instead of the power pods on the wings.

#5
@BigTlilOdd the problem winds up being a bunch of things. The engines on the A-10 are a pain to try to analog in RC. EDFs are the most efficient in terms of thrust to area, and look scale, but are horridly inefficient. The fore/aft inline power system through a duct is going to be even more inefficient than usual because there is a 0% chance of any additional air being sucked in by that second propeller. So you're stuck with maybe adding more blades to your prop for that added power, but that nacelle is right around 4", 5 if you really want to risk the props striking the inside of the foam nacelles in a hard landing, Meanwhile the C pack puts out more power than most of the offerings you will find in under a 5" propeller for multirotors, and will do it efficiently.

Another thing to consider is strength. There are a few notable weak spots, such as vertical stabs supported by bamboo skewers to maintain a vertical alignment, the interruption of the wing spars and panels at the bend, meaning the hot glue becomes a structural element, not just adhesive, the thickness of the elevator and rudders, etc. These are not a factor if you are using a propeller with high thrust at a low pitch speed, which will govern your speed well, but i will kind of gently point towards how beefy the build is on the Freewing A-10 if you consider a twin EDF build (multiple carbon rods running the fuselage, multiple carbon spars, screw-in construction, etc.) especially with larger fans.

This all being said, i have a pair of 90mm fans that just became available, and an a-10 kit in the garage, so the temptation is real...
T

#6
After all kind of attempts, I finally reached what I consider is OK for this bird: 4xEmax RS2306@2400kv on 4S, with 5045 props, AUW 2.200 grams, thrust around 2.800 grams. Lots of power, but I still have to figure out a few other things. CG for example. The first (and only to the date) was nose heavy, because I wanted to be safe. Unfortunately, when I landed it to change CG, I broke the elevator servo, so I didn't have the chance to take a video. Maybe next weekend.
Also I have to figure out which is the best combination of props. Probably 2 blades 5030 in front and 5050 or even 5550 in the back, maybe triblade. I tried even with 6 blades and it was much worst in terms of thrust. Normally, only 2 motors should have been enough, as one of them can provide up to 1.4 Kg of thrust, but the drag inside the nacelles is absolutely crazy, around 50%, maybe more. Because of this, I have to remove the intake cone. On the other hand, instead of a max of 45 amps , a motor will draw only 20-22 amps from the battery. Well, I'm not very interested in efficiency because I like too much this configuration, compared to the motors on the wings. I prefer to install a bigger battery 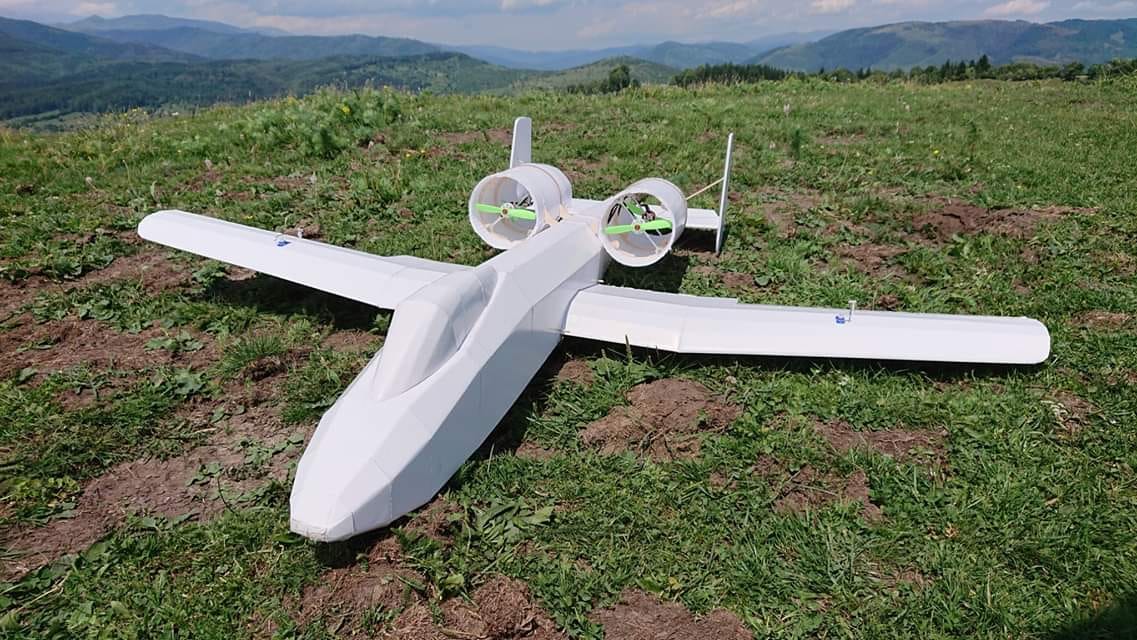 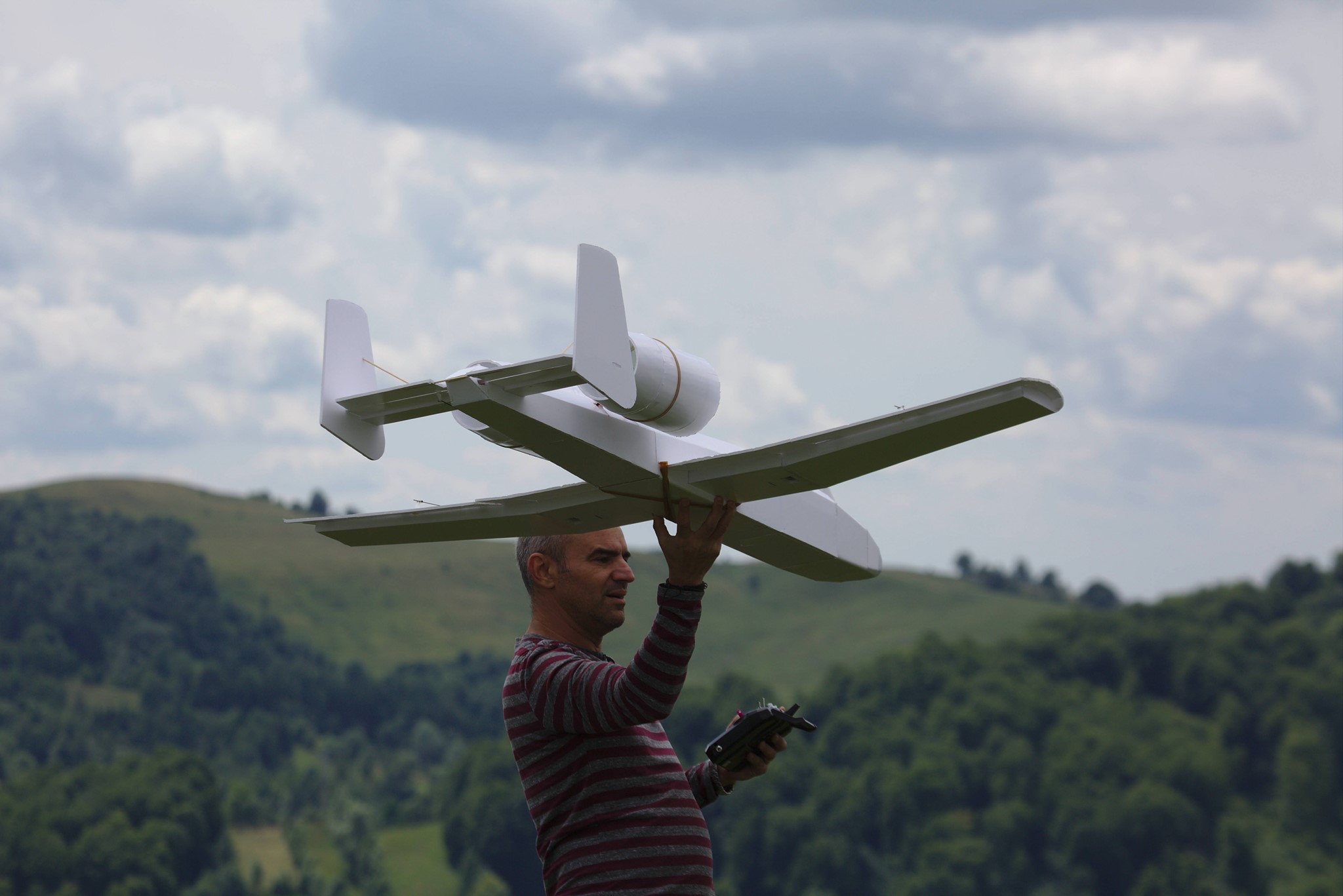 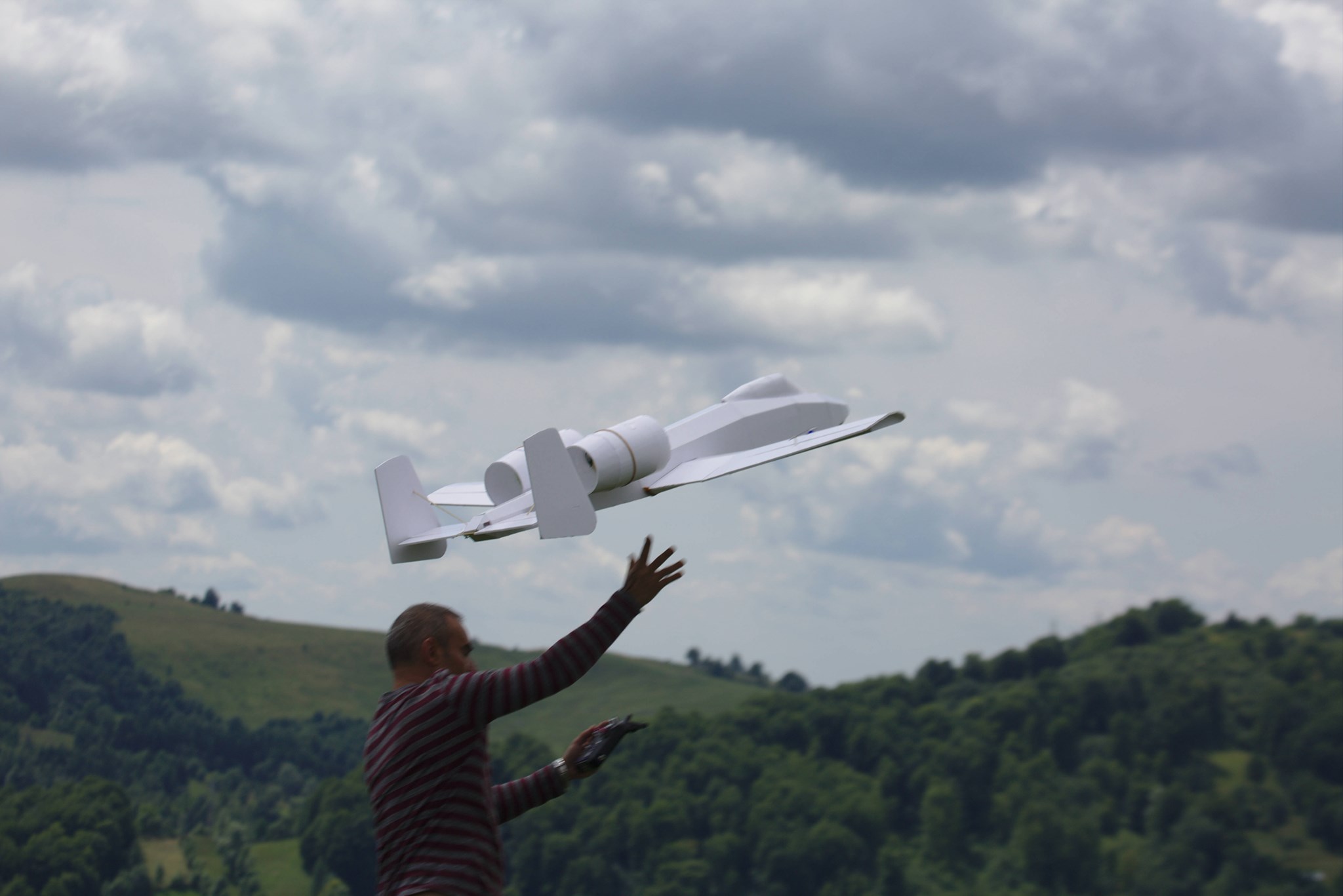 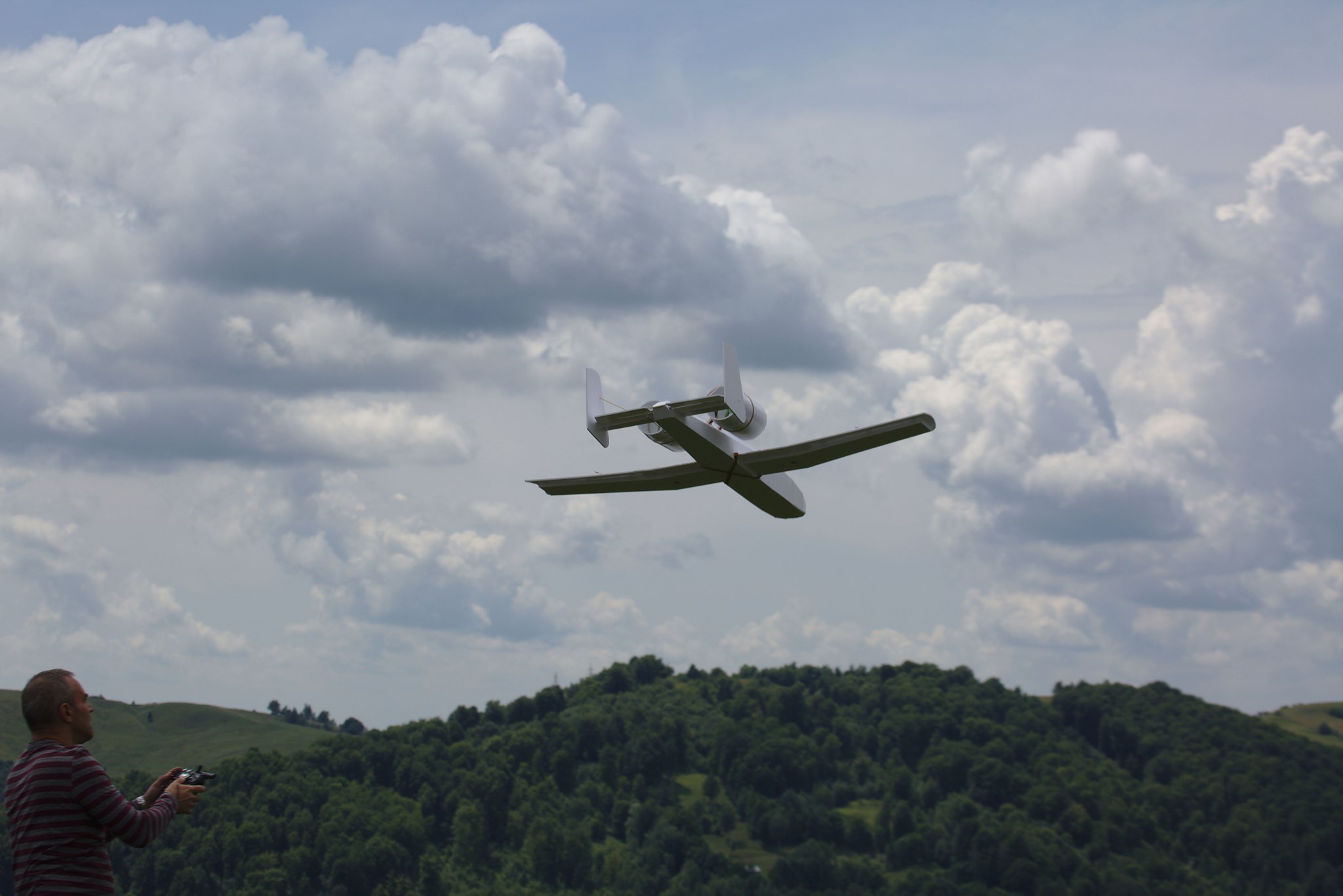 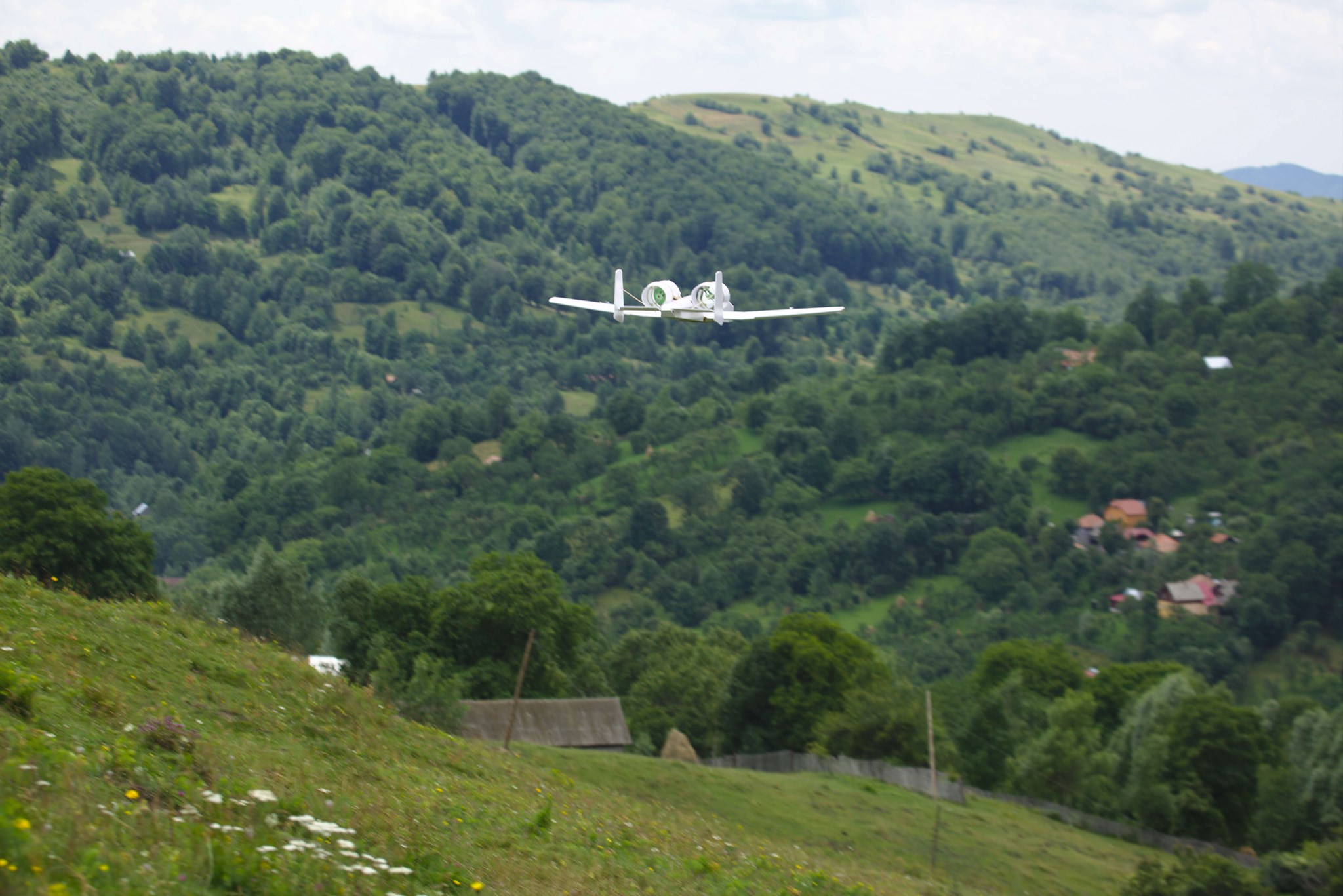 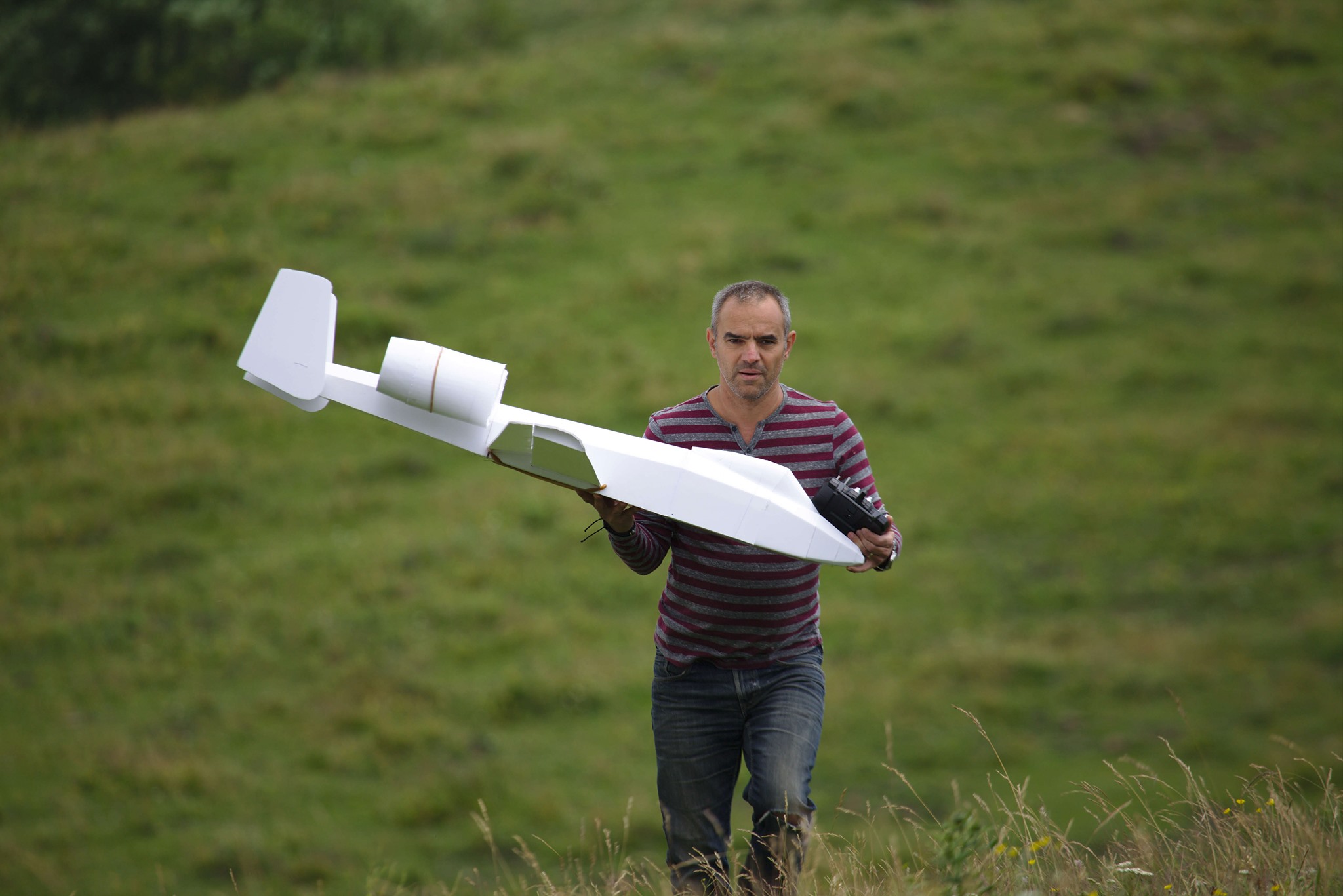 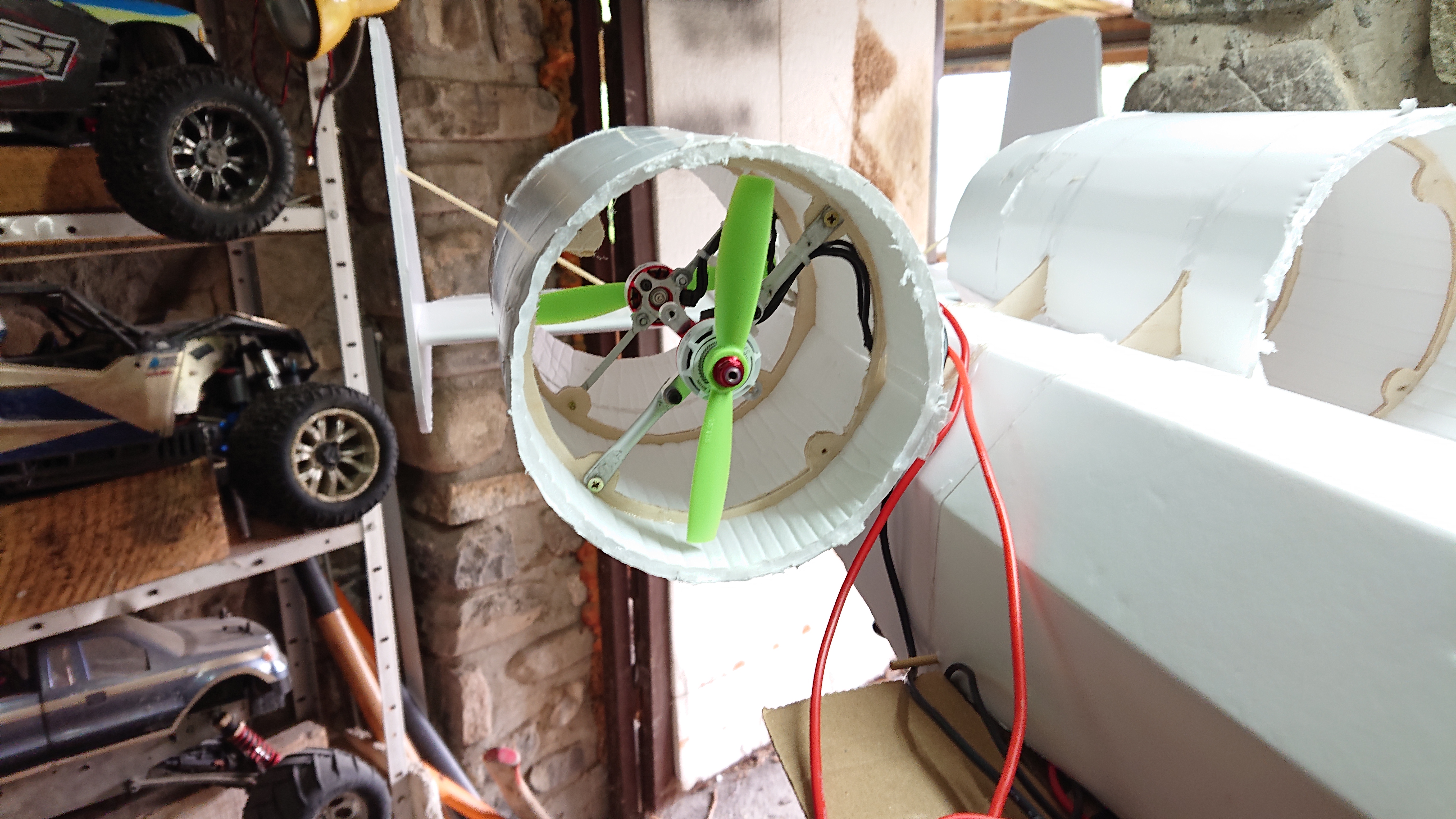 #7
very cool. can i ask where you got the balsa supports for the motors?

#8
Sure, from Dedeman, in Bucharest. Need some? Now, seriously, it's not balsa, but 4 mm hobby-grade plywood

#9
We flew our A-10 at flitefest this past weekend. We pulled some all nighters for some design changes and 3d printed parts. Short answer is yes we flew the A-10 on EDF's.


Here is the video of the maiden 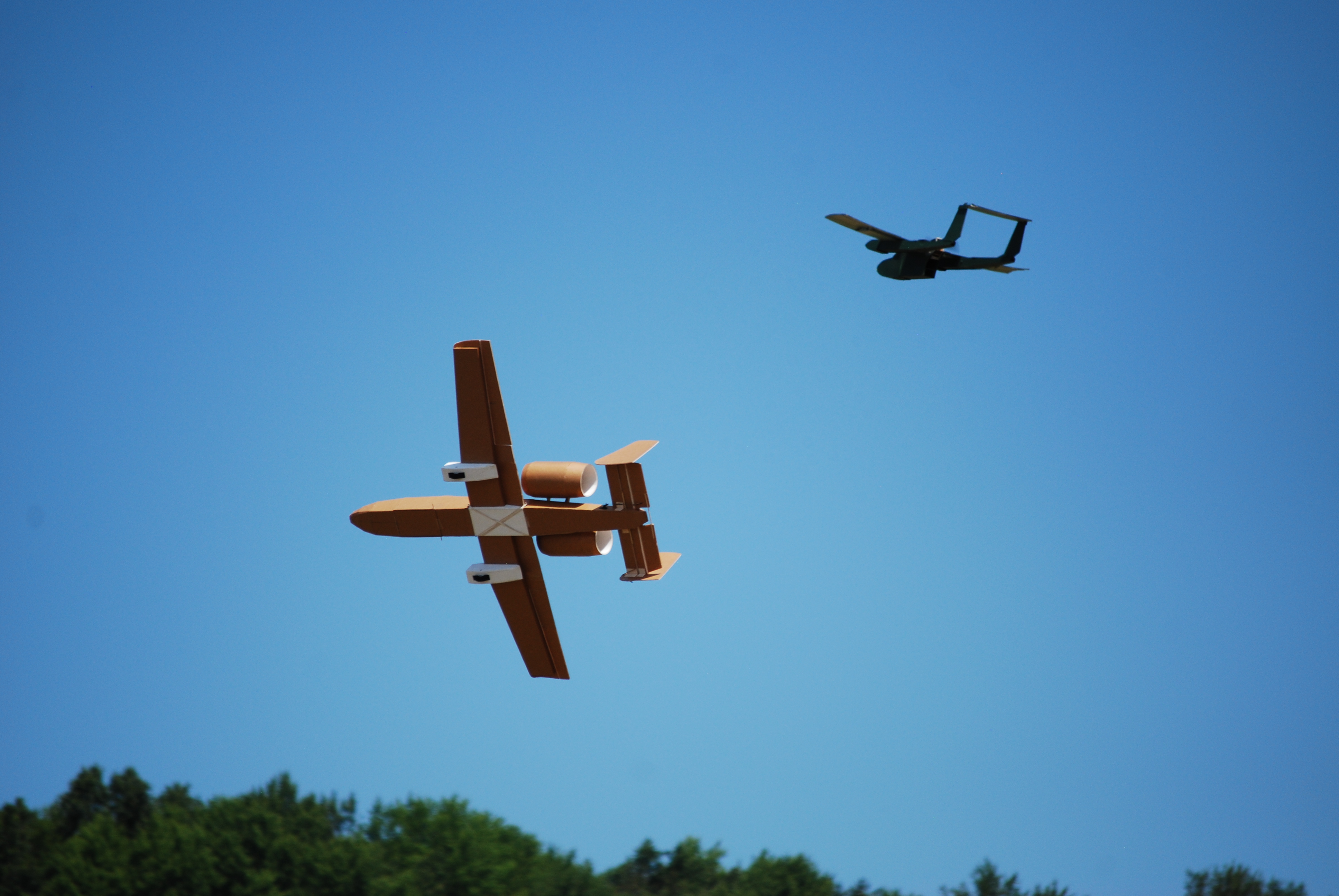 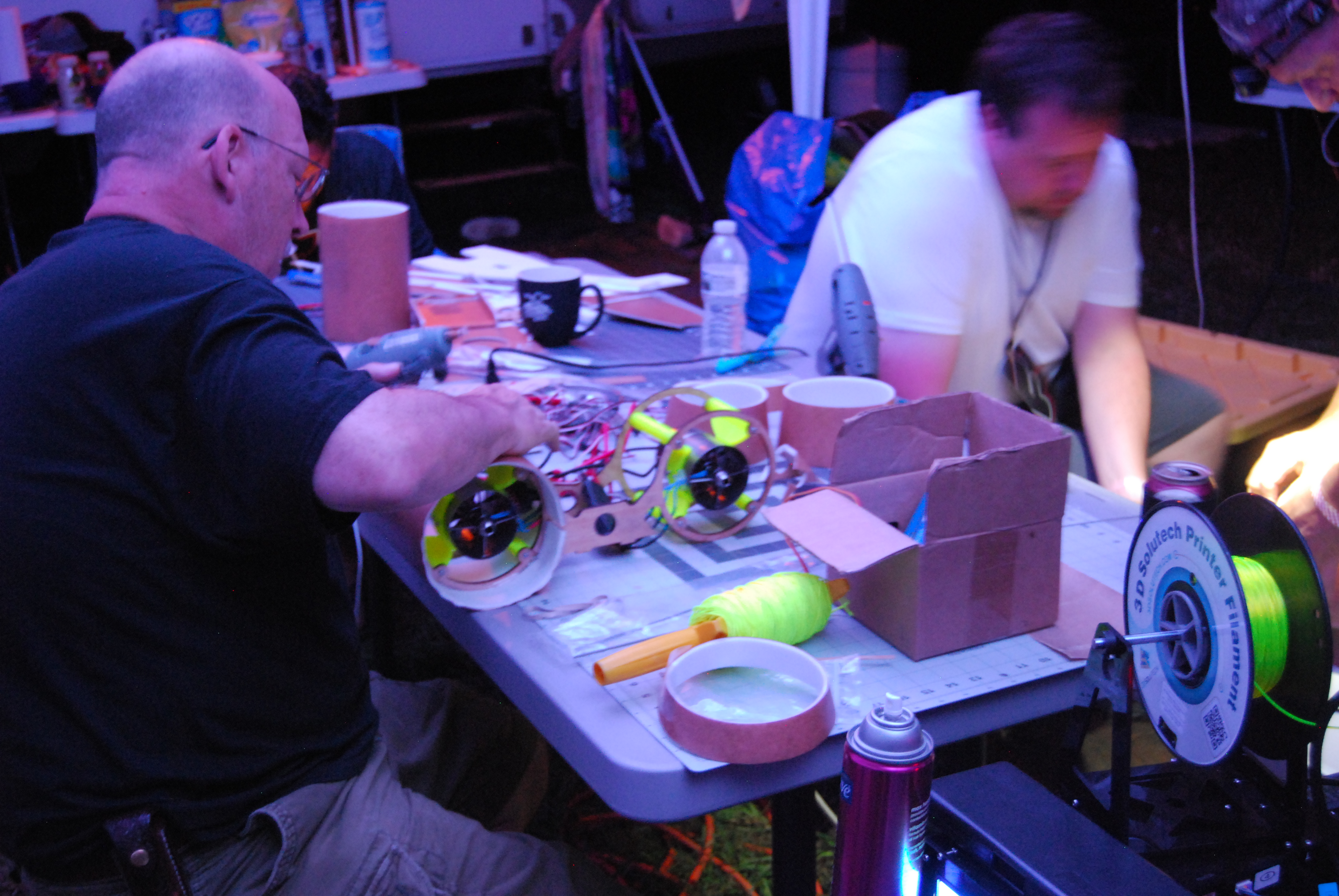 #11
Try and remove the intake cones, it really make a difference

#12
Tzicul said:
Niice! What kind of edf's? What amp draw? And where did you set the cg?
Click to expand...
They were some 64mm Mercury Alloy edf's that I got from hobby king years ago for another project. CG is definitely forwards and we are still working with that to dial that in. I also sent FT a message about some changes to the kit that should be added. Ran 2 admiral 4s 2500's. Set those in a battery box we made.

#13
Tzicul said:
Try and remove the intake cones, it really make a difference
Click to expand...
The intake isnt in the way or restrictive of air at all. I didnt run the batteries down when the maiden happened. My battery alarm wasnt beeping and I landed early. Probably could have flown for another two minutes or so. I am going to make a thrust tube for it and a insert for the intake for a faux turbine blades to surround the EDF. It has about 7 pounds of thrust total.

#14
wow that is a very nice looking bird. i am trying the same thing with the motors but i want to try four of the 2212/6 with a power distribution board with a 30A built in esc. think it will work.

#15
skymaster said:
wow that is a very nice looking bird. i am trying the same thing with the motors but i want to try four of the 2212/6 with a power distribution board with a 30A built in esc. think it will work.
Click to expand...
Thanks! I would think that would be ok. If you keep the weight down it should be fine.
T

Thanks for sharing your info. I would have replied sooner but only just learned of your reply. Am working with a buddy to build and fly one of these birds.