Built a LongEZ with my 4 year old daughter

#1
As a kid, my room was hung with all manner of model planes, and I still love everything about aviation. My daughter seems to have been bit by the same bug early on and all she wanted for Christmas was airplanes. I got her some balsa wood gliders that she loves but I also did a test build of the LongEZ and after finding it to be as easy as I hoped, I cut her out some foam for Christmas and we built it together today. She was an active participant in building and nobody got burnt with hot glue.

She decided their canard wings reminded her of the low wing "Planes" from the movie, and they needed eyes and smiling mouths. Actually I think they are pretty cute with their dorky faces.

We took them out gliding and had some good flights off the big hill at the farm despite gusty winds. She doesn't have a straight enough throw to get a good glide, but was happy to have me throw some for her and then chase after it. The canards are a weak point even if reinforced, but are easy to fix and there was no crying about the damage.

Here are some pics of a proud young builder and glider pilot. These make a great craft to build together and customize a plane that really flies, she loves that she can decorate it however she wants and is still doodling on it. Suprisingly fun was the swappable motor mount for which she made me glue up 5 mounts from scrap, so that she could make custom engines that burn little girl's fuels like stars and rainbows. She also loves the hatch on the bottom to load up cargo and fly it around the house.

Here's hoping she will keep the interest and I can build her a nice gentle trainer plane in a year or two! 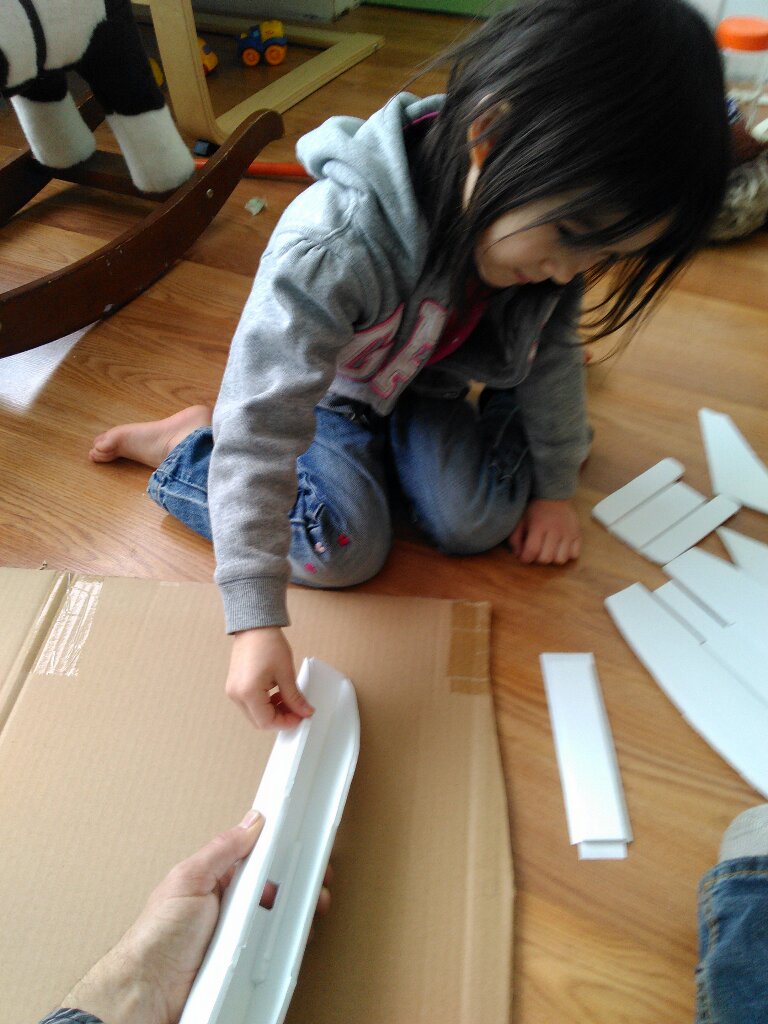 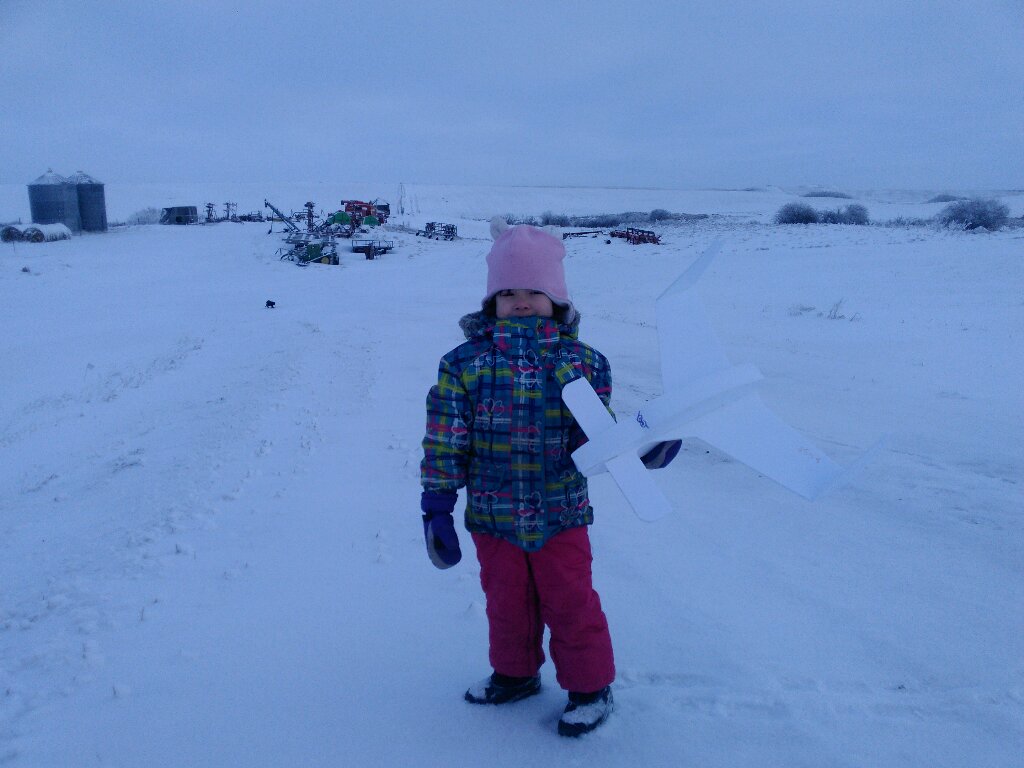 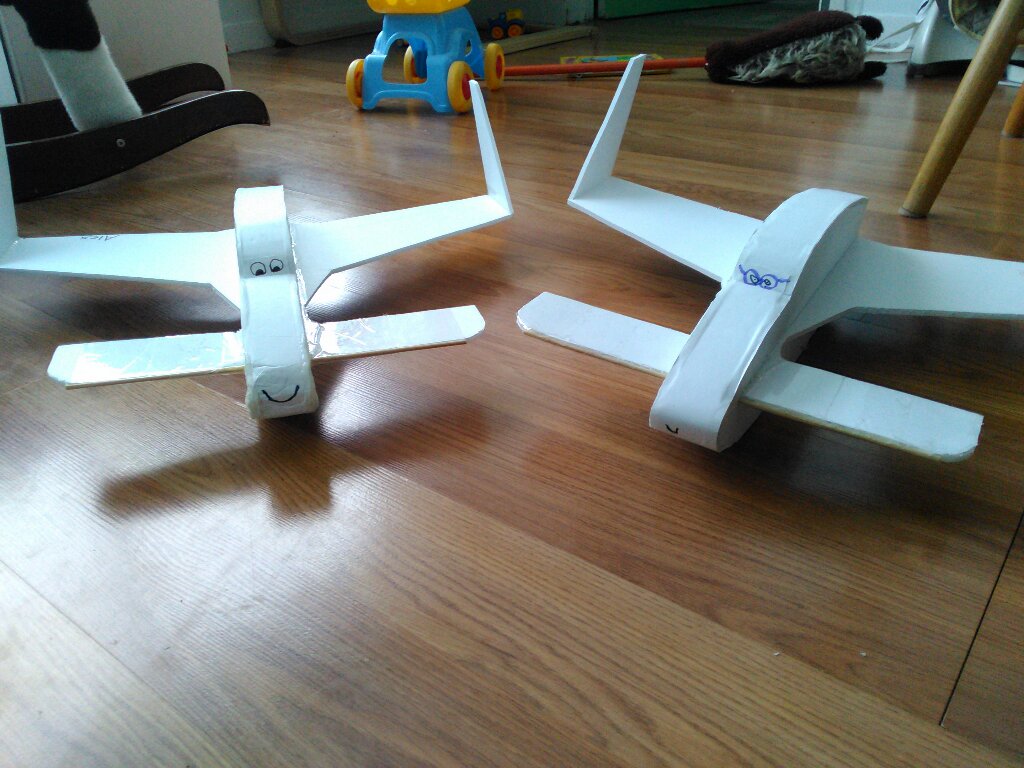